Share
Tweet
Pin
No, I’m not Oprah, and you’re not going to win any great prizes by reading this. I mentioned yesterday I was thinking of doing a recap of the year, but couldn’t quite figure out the format. In the end, I’ve decided to screw the format and just go with my faves; you know, those events and happenings that just pop to the front of your head the second you start to think about anything.

1. Hut Trip 2k11
I’ve mentioned a group of us goes on a hut trip every year, and last year was no exception. We skinned/snowshoed into Harry Gates Hut which was surprisingly easier than any of the other huts. 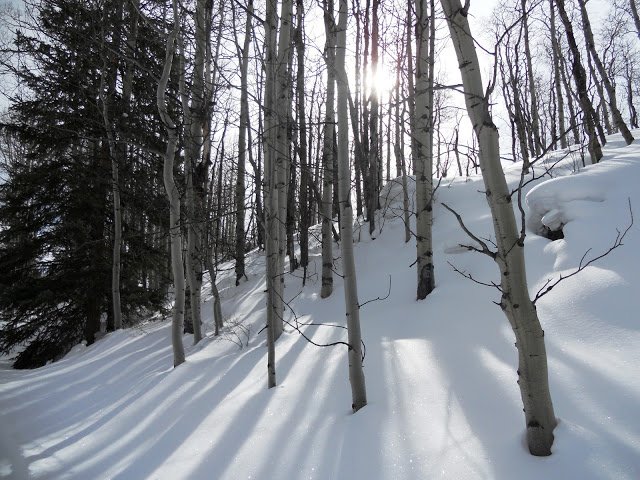 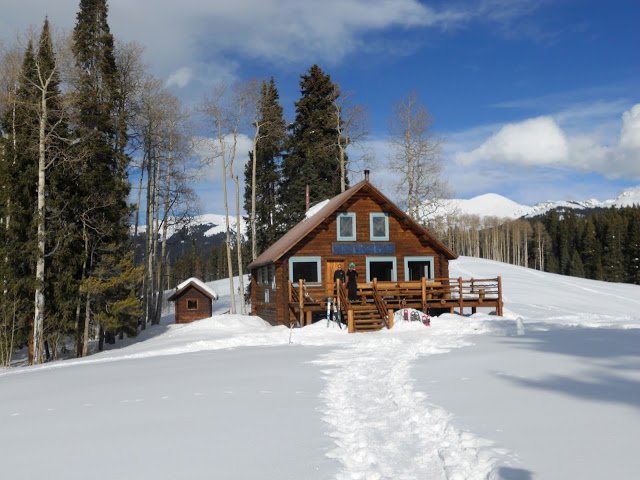 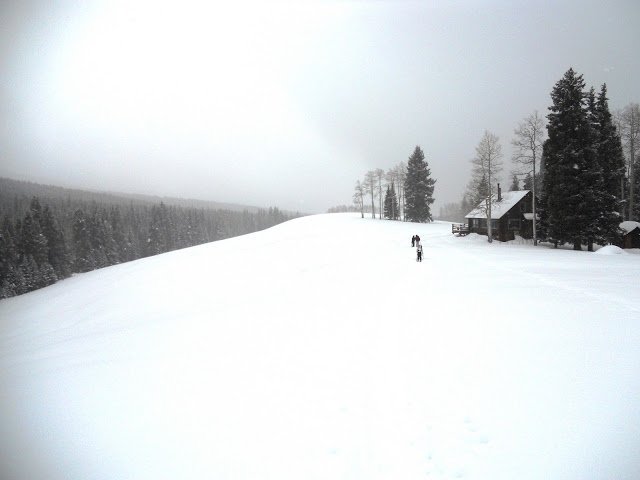 No one struggled or got left behind this time, so I’ll always consider that a win. The hut was situated on this beautiful little hill, so we spent our days sledding and playing in the snow. It was awesome, and all of us had an awesome time. I look forward to these trips every year!

2. My First Duathlon
Cindy, Craig, and I signed up for the Barkin’ Dog Duathlon last year and it was our first-ever duathlon for each of us. None of us knew what to expect, but to this day, I still remember this damn race as much harder than I was expecting! Apparently the run-bike-run combo is terror on your legs!! 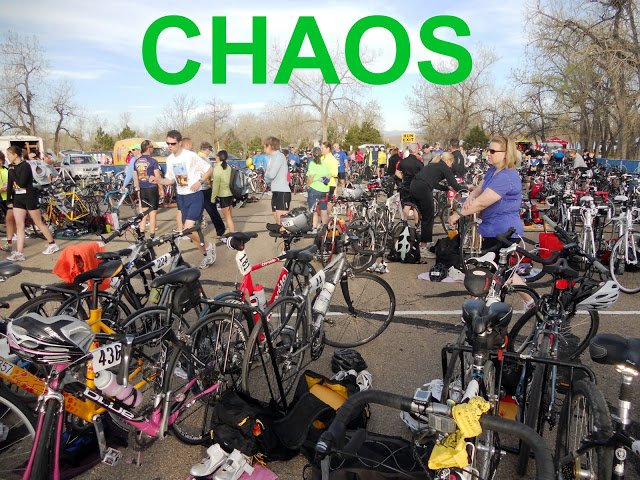 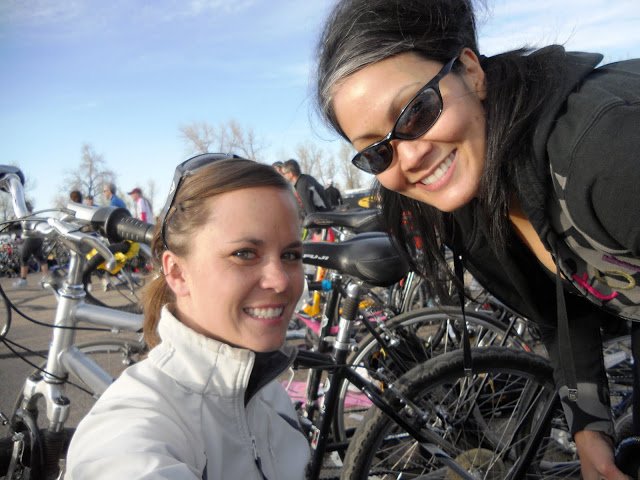 My other mistake with this race was that I chose to start in a different heat, thinking the chip timing meant that it wouldn’t matter. It was a very small race and was our first for the season, so Cindy and I decided to start the first run together. Unfortunately, while the race was chip timed, the start wasn’t, so I never actually knew my finishing time since I started with Cindy, some 10-15 minutes after my original heat was supposed to begin. It was kind of a bummer, but it was my own fault for making a stupid decision. Sigh.

3.Tough Mudder
Agh, do I need to say more?! Of course, almost everyone has heard they hype surrounding the TM events and I really wanted to check one of these babies out to see if it was all that it was cracked up to be. Of course, the fact that so few women participate made it even more of a challenge 🙂 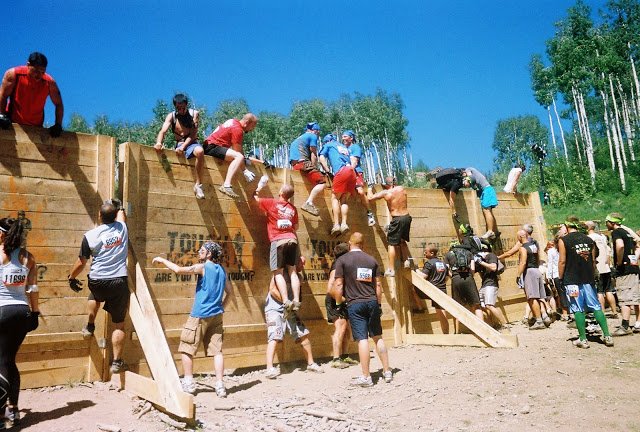 In the end, four women and Craig ended up completing the 10-mile ass kicking and we loved every minute of it! Verdict? TM is not quite as brutal as everyone says, but it was so much fun!! The majority of the obstacles weren’t that tough physically, but the few that scared me were mentally challenging. The hardest obstacle (for everyone, from what I hear) was stationed up around 11,000 feet. They had placed three sections of barrels in a river and you had to swim across the river, swimming underneath each set of barrels. Not physically demanding by any means, but the water was only 35 degrees. How’s that for mentally demanding?! Forcing myself to stick my head underneath the water three times was awful, and I literally had to shut my brain off and just tell myself to GO.

4. Crested Butte
Crested Butte, CO is considered a mountain-biking mecca, and I’ve been told it’s where mountain biking originated. Who knows if that’s true, but instead of our usual voyage to Moab, a group of chose the Butte for our annual camping/biking extravaganza. 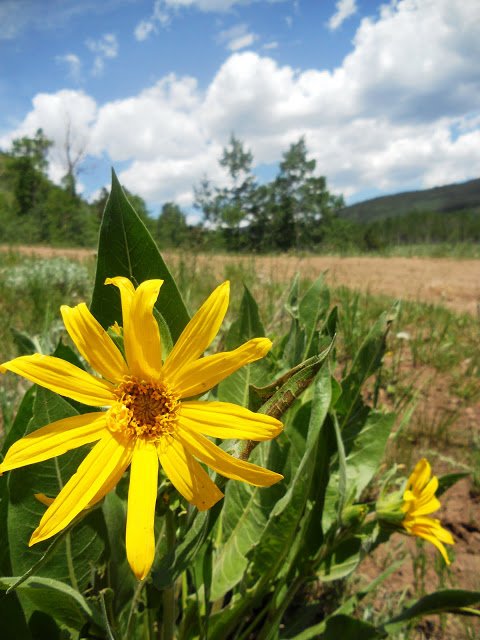 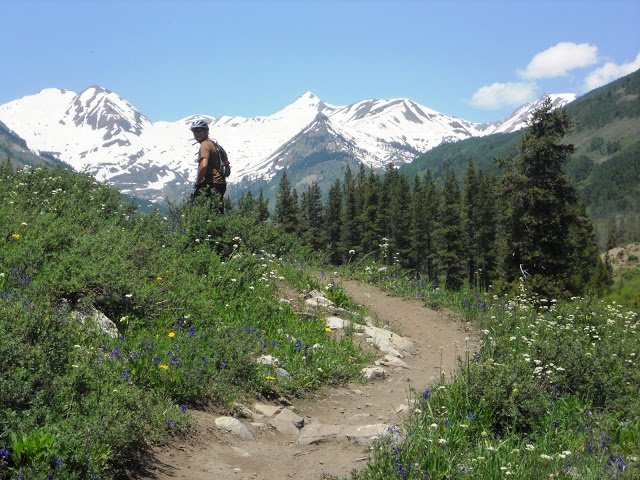 The town of CB is adorable and I really loved walking around the main street. Those old mining towns in Colorado get me every time–they are so darn cute! The mountain biking was fun as well, but I really enjoyed the scenery the most. Fields of wildflowers were in full bloom and we were able to watch the 4th of July fireworks from a comfy-cozy corned in the downtown area. I’d love to go back!!

5.Travel
Sadly, I didn’t get to internationally travel this year, but I did get to visit both Portland, Maine. Portland, Oregon, and Bozeman, MT. My sis graduated from PA school, so that was awesome trip to go see her in her white coat, being all professional. I am so proud of her (even if this graduation did lead to her subsequent move to Hawaii. Sad.)

The Maine trip was also a family vacation because my cousin was getting married. The best part of this trip, however, was that my fam and I got to explore our old stomping ground from our time living up there. I got to see my old school, our old house, our old neighborhood, etc. It had been well over 10 years since I had been up there, so it was nice to go back and feel the memories flow in. 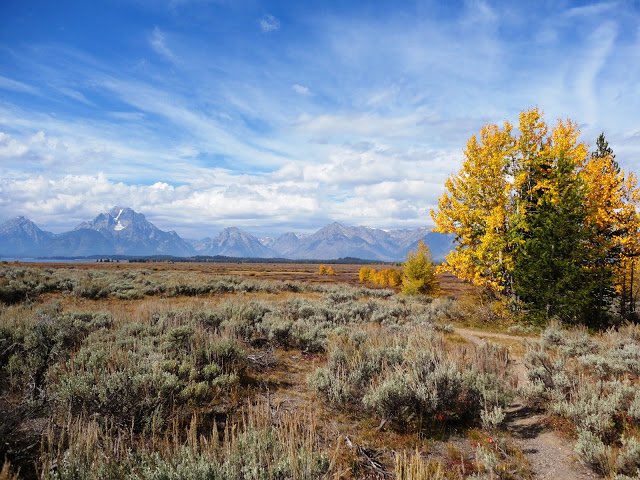 Bozeman was a more recent trip for a girlfriend’s wedding. Angel and I road tripped up there and swung through Yellowstone on our way back. More than anything, it was so nice to have a girls trip again: that was something that had happened in a long time! We got to look at the bears, watch Marie get married, and take in the views in the Grand Tetons. It was awesome.

6. Floral Design
I’ve mentioned my fam owns a landscaping company and that’s what I do for a living: I’m the manager of the company. However, a good friend got married this year and asked me to do the flowers for her wedding. Although I’ve done portions of weddings before–center pieces, etc.–I had never done the whole shebang, including bouquets. 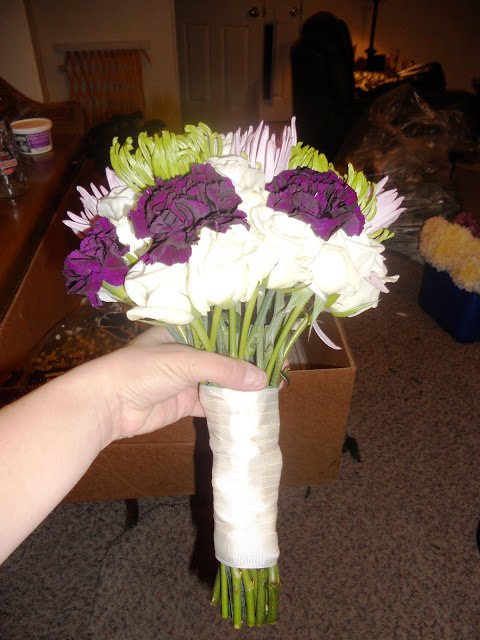 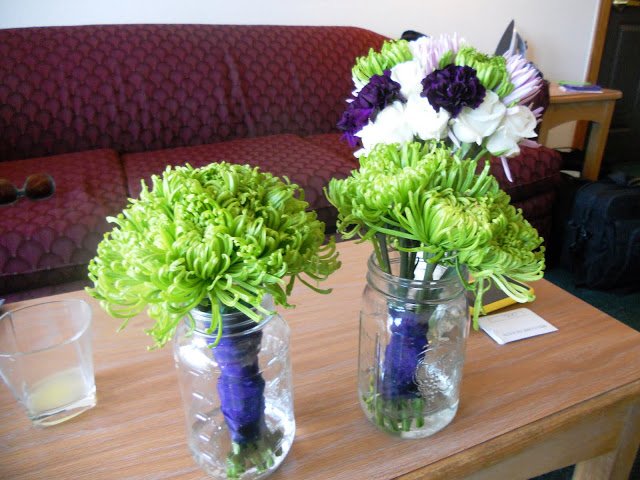 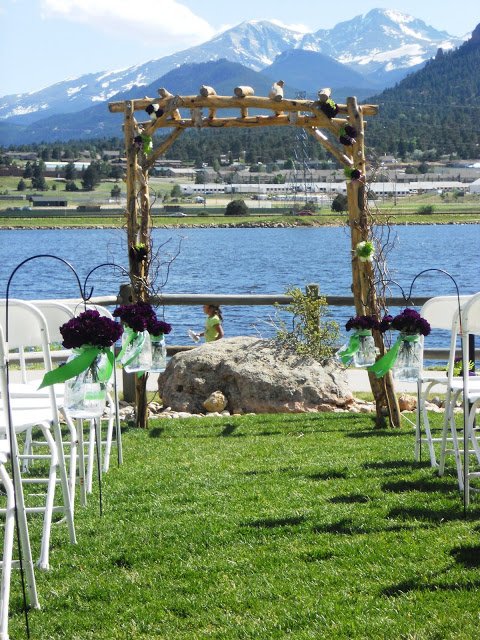 It was definitely a learning curve for me, but I really enjoyed the entire experience! My friend likes unique and different things, so I was able to play around with her flowers and color combinations so that she had something unique and eye-catching. In the end, she seemed very happy with the floral arrangements, and I realized that I may have a new hobby 🙂

7. The 14er Journey
It’s been one of my goals for a very long time to summit all of the 14ers here in Colorado. For those of you who aren’t familiar, a 14er is a mountain of 14,000 feet or taller. Colorado has 53 or 54 of them (depending on who you ask), and I’ve summitted 41 of them. I started this journey back when I was in college, and was really on a mission for awhile. But then, life got in the way and my goal got shoved to the wayside. I’m happy to report that 2011 was the year where I got back up on a few summits again! 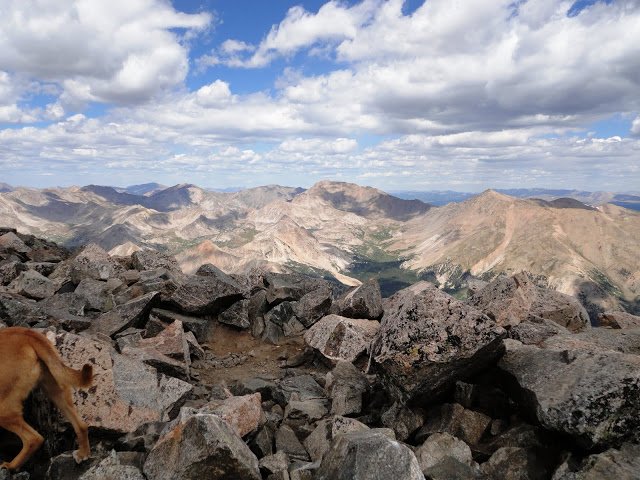 I summitted both Bierstadt and Evans (via the Sawtooth) for probably the 4th or 5th time in my life. Those are two of the easiest mountains but the ridgeline between (the Sawtooth) is considered a class 3 route. It was my second crossing of the ridgeline, but it was fun to take Cindy and Craig across because they had never been. 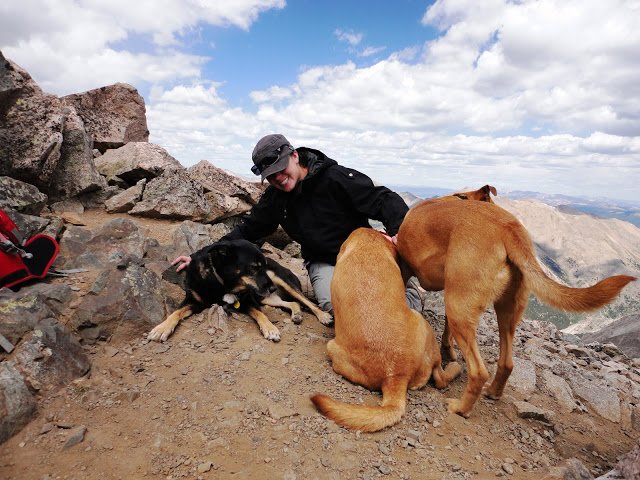 A group of us also headed to the hills to summit Mt. Yale, another 14er down by Buena Vista. This was a new summit for me, so I was excited to add another “new peak” to my list. It was a very steep climb, and I think we calculated that while it was only 4.75 miles from our campsite to the summit, it also covered 4300 feet of vertical elevation gain. Yeah, that steep. Tals loved it and romped around far too much–she literally couldn’t move for two days once we got back to the city!!

A Whole Lotta Nothing