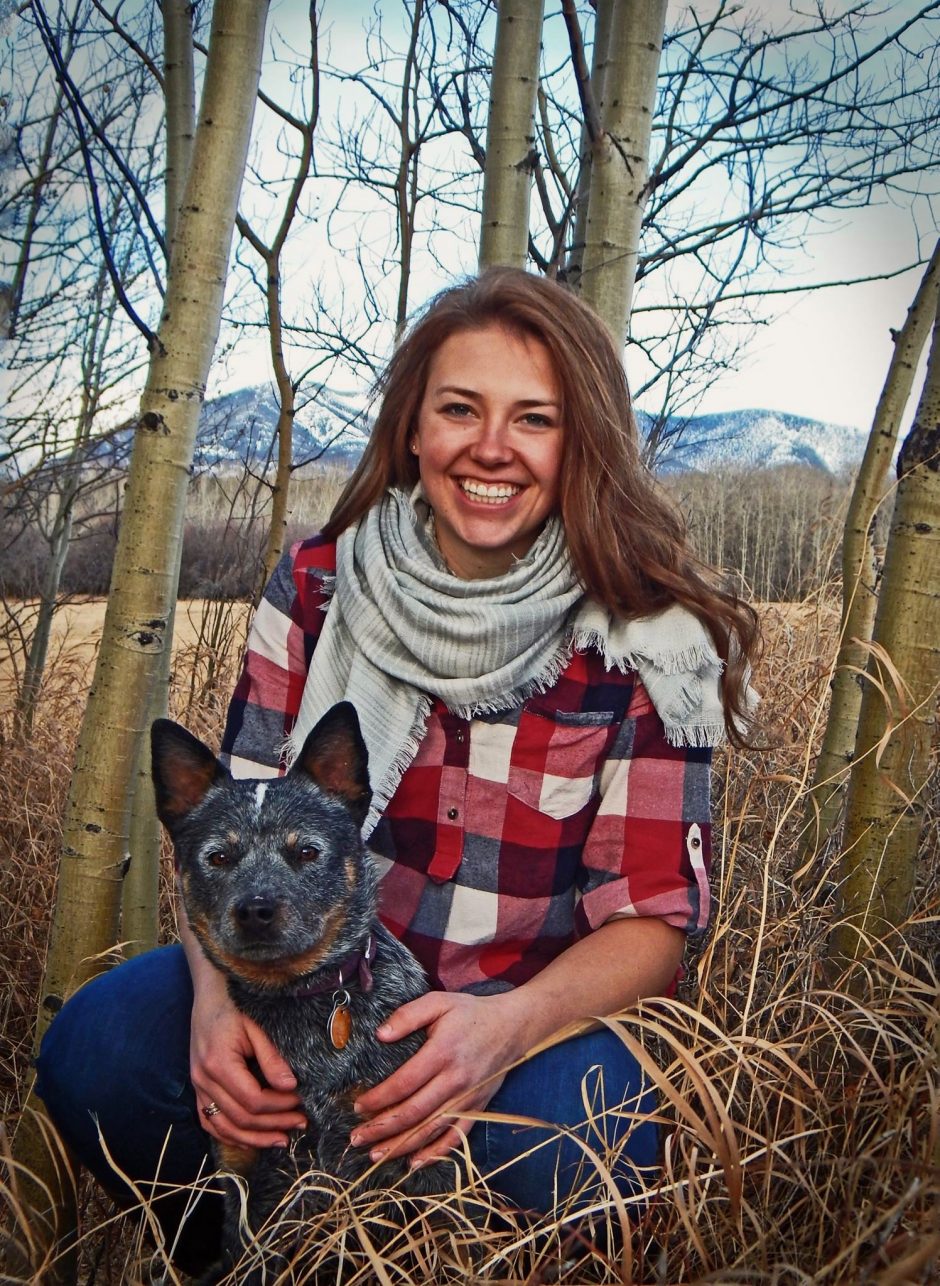 Hey everyone! Welcome to November. {Seriously?!} For this month’s #JustAnOutdoorGal feature, we were psyched to get an opportunity to talk to Caitlin Knutson, part owner of a trapping supply company in Iowa. She and her partner, Kylee, own Funke Trap Tags and Supplies, Inc. 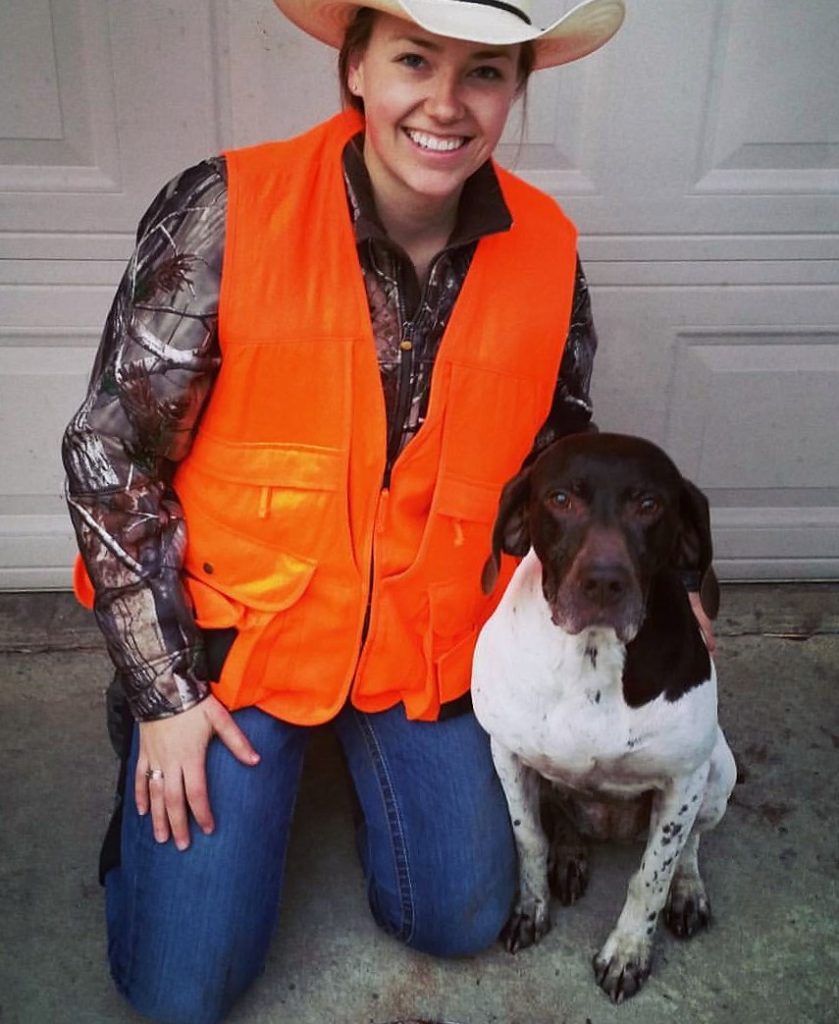 Caitlin and her dog Liz after a pheasant hunt.

Caitlin first started trapping when she was around 14. At the time, she had a neighbor who was willing to teach her, and it was simply an exciting new thing to be doing. She continued to trap as a hobby for the next several years. For awhile, Caitlin was teaching in Montana and was able to trap in the mountains there. Over time, her appreciation for trapping grew and evolved.

Today, Caitlin traps because she likes it, and often in response to a local need. For example, coyotes, raccoons, bobcats, and other wild animals can pose a danger to communities of people. Sometimes predator-prey populations can fall out of balance. In those situations, it’s important to know how to trap responsibly: to set traps far enough from humans to ensure they don’t cause harm and to check them daily. 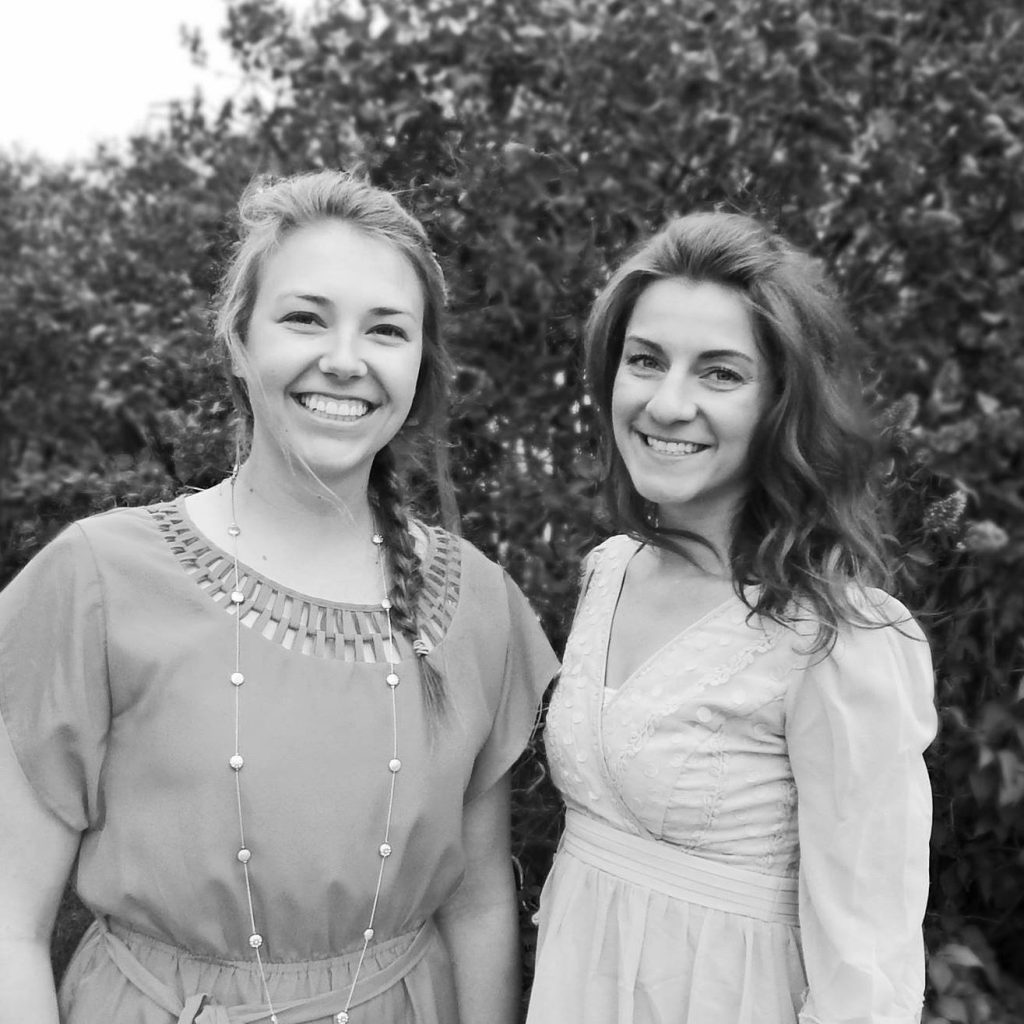 Caitlin and Kylee after they decided to go into business together

In addition to getting her outside, trapping also enables Caitlin to learn more about the local fauna. Every time she traps an animal, she knows more about its habits. Trapping is an activity that combines an active knowledge of biology and ecology with plenty of time spent outdoors in nature. It can also be rewarding extrinsically! 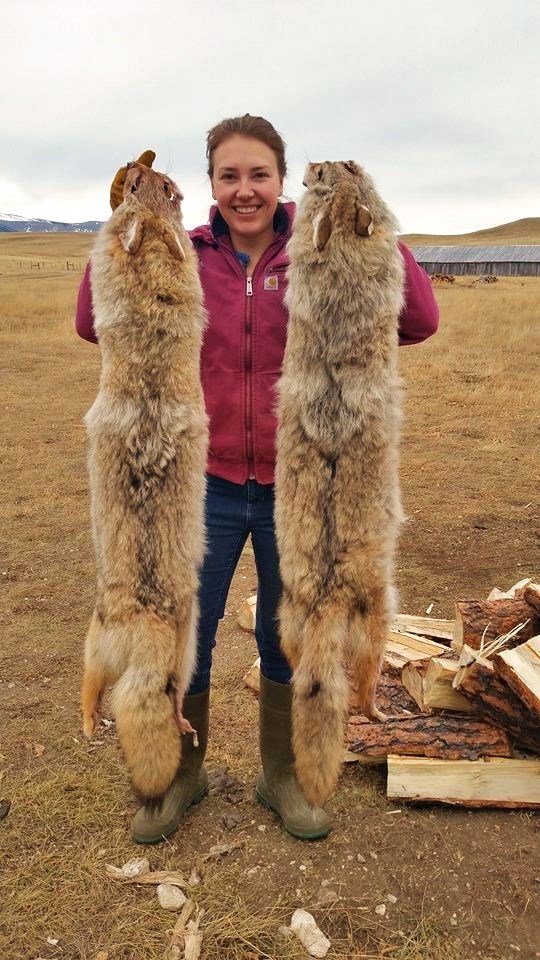 Many trappers pay attention to the details of an animal to avoid decimating a local population. This ensures a future for the targeted species.

These two coyotes were part of a population in Montana that were posing a threat to cattle and other livestock on the ranch. Caitlin taught herself to skin the coyotes so she could better understand the process of harvesting the animal. Additionally, money from the sale of the coyotes went towards a girls’ night out with Kylee so they also supported the local economy.

Given her appreciation for and knowledge of trapping, it was no wonder she decided to purchase Funke Trap Tags and Supplies, Inc., when she got the chance. As a young, female owner in an industry and hobby dominated by older men, Caitlin has faced her fair share of doubt. People looking to buy traps, and they want to speak to someone who knows them. Unfortunately, many doubt Caitlin’s knowledge at first glance; but usually, once Caitlin starts talking, people realize that she’s a person they can trust for their trapping information.

If you’re interested in learning more about trapping, Caitlin recommends finding your state or local trapping association and giving them a call. They usually have courses available!

Looking forward, Caitlin and Kylee are interested in teaching more people about trapping, and bringing the trade (or art, depending on your perspective) to a younger generation. 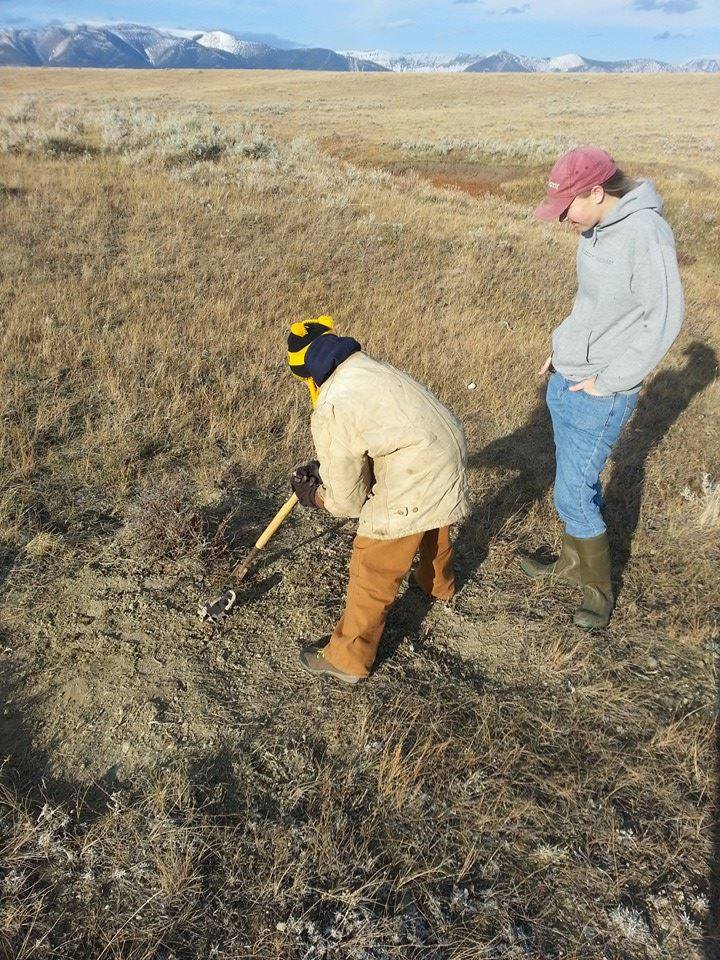 Teaching an 11-year-old boy about trapping in Montana

They have an education station in their store, where they teach people to recognize tracks, and set traps safely. They’ve updated their website, which you can check out here if you’re interested, and they’re also interested in reaching out to local schools, and working with classrooms in the area.