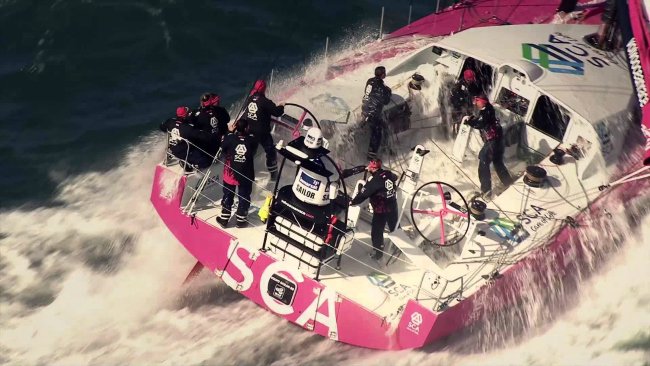 When I take a second to look around, I realize that I’m surrounded by amazing women in my life.

My mom is nearing 60 and still running half marathons and practicing yoga on the daily. She and my dad managed to start a small business from scratch, fighting tooth and nail to ensure its success just so they could support my sister and me.

My little sister was a bit rowdy as a kid but blossomed into a ridiculously awesome adult. These days, she is crushing it in the field of medicine, working with patients from all walks of life. The stories she shares and the people she regularly helps are inspiring.

My best friend knew she wanted to be a nurse from a young age; there was no doubt in her mind. However, I never imagined she would succeed in such a grand manner. These days, she’s not only a pediatric burn specialist but also a Nurse Practitioner. And did I mentioned she has worked with Big Brothers, Big Sisters for well over ten years?

My other best friend is one of the most intelligent and driven women you will ever meet. She has her Doctorate in nursing and constantly pushes herself in athletic pursuits. She and her husband were married in Bali last year where she managed to break her foot while jumping into the pool immediately after saying “I do.” Naturally, she spent the next three weeks backpacking Indonesia on that broken foot….because tenacity. 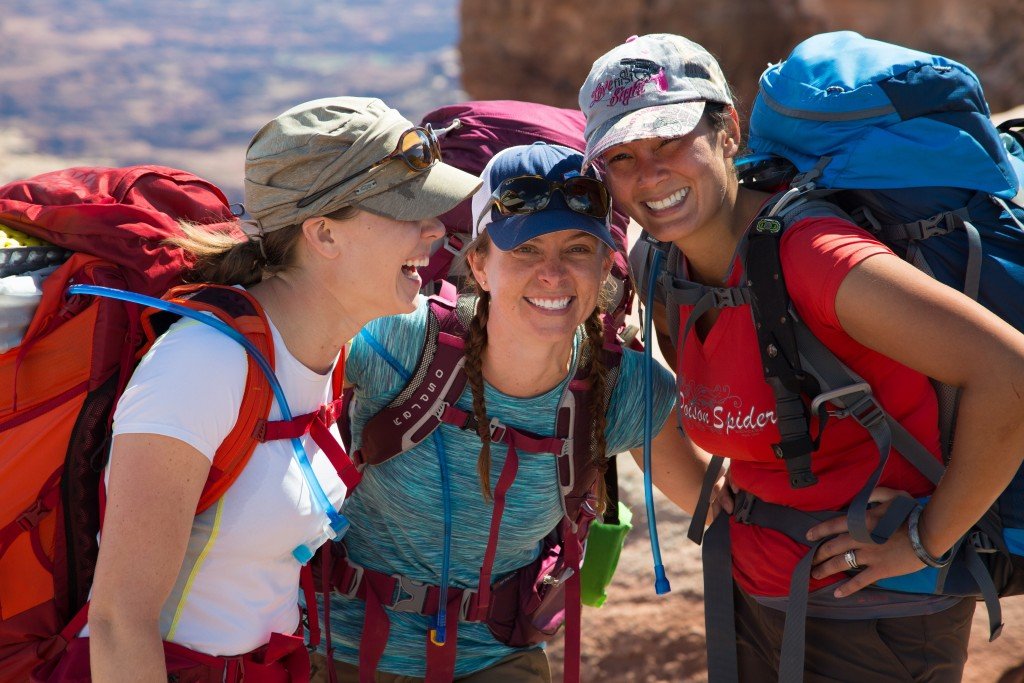 I’m fortunate to be surrounded by fantastic women who I am proud to know. It also makes me giddy to realize that there are millions more out there, kicking ass and taking names on the regular. The women of Team SCA are one example.

Team SCA is the first professional all-female team to compete in the Volvo Ocean Race. Of course, if you’re like I was and have no idea what the Ocean Race is, never fear! In essence, it is an around-the-world sailing competition that began on October 4, 2014 in Alicante, Spain {the same town I lived in!} This year’s route covers over 39,000 nautical miles over 9 legs and 9 months of adventuring.

Whew! Can you even imagine?! Touted as the toughest sailing competition in the world, Team SCA is comprised of 13 women from countries including the USA, Great Britain and Australia. And truthfully, what they are doing is amazing. I’ve always wondered what it would be like to sail in the middle of the ocean, but as of yet, I’ve never had the opportunity {save for some sailing classes when I lived in Alicante, but since all of the instructions were in Spanish, I’m not sure I’d depend on them!} 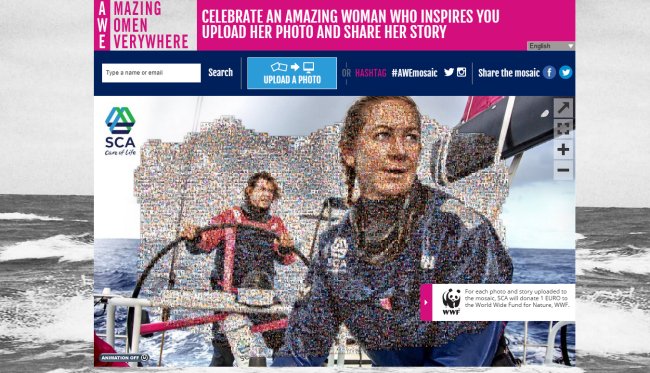 To me, it seems these adventurous women are living lives of the extreme. No fresh food is brought on board so they will only eat dehydrated stuff; they only have one change of clothing; and they will experience temperature swings ranging from 20 degrees F to 105 degrees. At times, I’m sure they will wonder how they ever managed to think this was a good idea….but I bet it’s worth every ounce of exhaustion and sweat!

Inspired by these women, SCA launched the Amazing Women Everywhere project. {Get it? AWE?!} They are asking for people to nominate inspiring women all over the world by contributing an image to their photo mosaic. Even better? For every photo uploaded, SCA will contribute 1 Euro to the World Wide Fund for Nature. I uploaded a photo last week and it was super easy, and such a great cause!

So what are you waiting for? If Team SCA can navigate some crazy water for nine months, I’d say we all can upload a quick image!

SCA believes that everyone should have the opportunity to live life to the fullest, and we are committed to creating value for people and nature. To champion these ideals, SCA launches Amazing Women Everywhere, to celebrate women who have a positive impact on others.

The women of SCA’s all-female racing team, Team SCA, exemplify this spirit. They have come from all walks of life and backgrounds to take on one of the world’s most challenging endeavors, the Volvo Ocean Race. For nine months, their journey of hard work and determination will inspire millions around the world. Follow along with Team SCA on Facebook!

We aim to gather thousands of stories from all over the world and inspire thousands more by illustrating that amazing women truly are everywhere. Visit http://www.teamsca.com/awemosaic to submit a photo of an amazing woman in your life.

This is a sponsored conversation written by me on behalf of SCA. The opinions and text are all mine.

An Open Letter of Gratitude

Why Wouldn’t You Want To Go On A Run?