Apparently I Have No Friends {Giveaway Winner}

If this weekend taught me anything, it is this: I am clearly not meant to have any friends! Or, at least I’m not meant to actually see them.

Last Saturday, I had originally planned to hit the trails at Deer Creek with Heidi, Paula and Lynne. We had set a time that I thought would work with my gas station morning, but lo and behold, it was a fail. I finished up at the Conoco like an hour earlier than I had thought, and since I was so far away from home, I didn’t really have anything to do. So, instead of lurking at the trailhead for 60 minutes like a creeper in a windowless van, I told the girls I was going to run solo and hit the trails on my own. No harm, no foul.

Well, the next day, I had planned to hit up Keystone with Heidi and Lynne for a day of skiing. Will was still in Jordan, but I was dying to see some snow so I had decided it was okay to catch the first lift of the season without him (And to be fair, he didn’t mind!) Unfortunately, Lynne had to be back early and I couldn’t leave until late, so I ended not getting to go. Once again, double fail.

This past weekend was my final hint that maybe I’m just meant to play in the great outdoors all by my lonesome! Saturday dawned beautiful and sunny so I decided to get a run in…on the road. It has literally been four months since I’ve run roads and honestly, it wasn’t that bad. I forgot how much easier it is than the constant climbs of the nearby trail runs! Anyway, I knocked out 5 miles by myself and while it was a great morning, I was really looking forward to meeting up with some CrossFit girls for Sunday’s scheduled trail run. I was definitely over running solo! 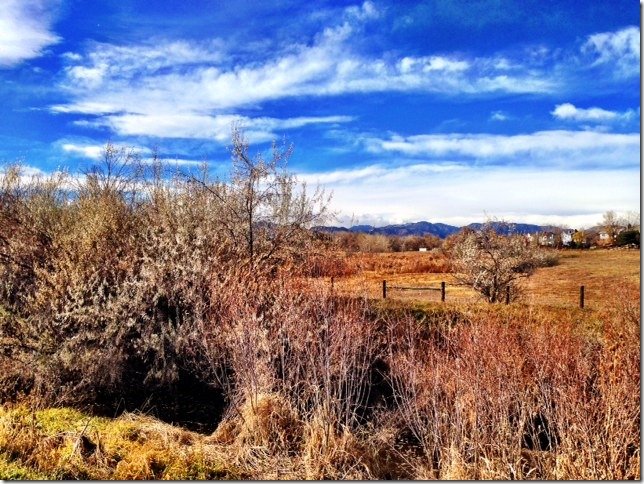 At least my ‘hood still has pretty views!

Yesterday rolled around and I drove down to White Ranch where I had planned to meet up with Marilyn and Renee. Naturally, my phone lost service in the parking lot, but I knew something was going on when 11:15 rolled around and I still hadn’t seen or heard from my friends. Finally, my phone beeped, forcing a delayed voicemail through, and I got a chance to call Marilyn back. Turns out, she and Renee were at the West entrance while I was hanging out at the East entrance. Ughhhhh. The trailheads are far enough apart that it wasn’t worth driving around the entire park just to catch them, so once again, I ended up running solo. Woe is me, right?

On the bright side, running Belcher Hill trail was a good barometer for my recent progress. I ran this same trail back in August, only this time, I ran it at a pace that was 1:30/mile faster than before. Also, my average heart rate was significantly lower this go ‘round, making me think I’m seeing some improvement! Regardless, I was able to get 10 miles in this weekend with yesterday’s run sporting almost 900 feet in elevation gain over two miles. Again, progress. 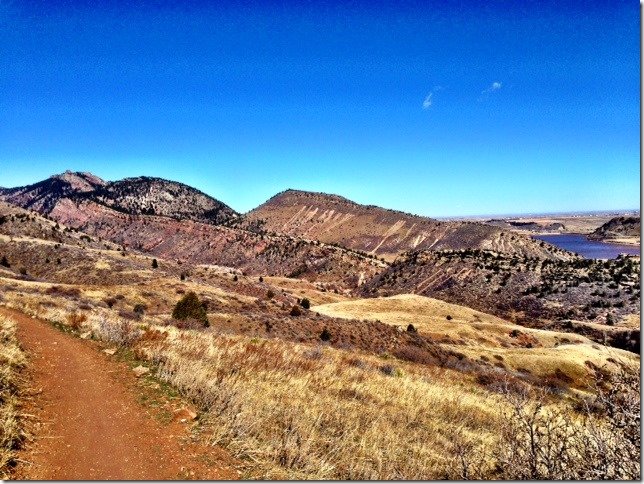 The view from the Belcher Hill trail

However, my short-lived success didn’t last too long! I was feeling all sorts of crafty last night, so I took a cue from Virginia, a very talented friend from my high school days, and attempted to make a festive little wreath to start prepping for the Christmas season. Sadly, I suck and ended up with more of an oddly-shaped globe of ornaments. Please see exhibit A: 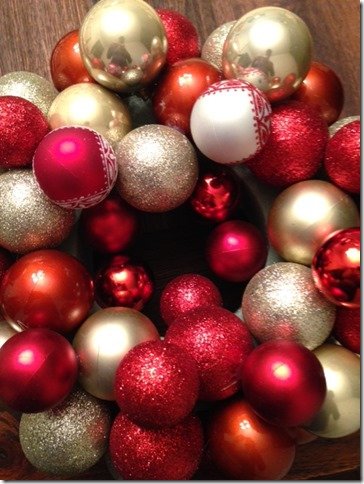 Yes, they’re all glued together like…this

My wreath frame was too small, so my arts and crafts evening ended with me laughing and Will trying to pretend that my little project looked good. Love him for the support but I knew better; it’s a blob!

The winner of the $100 gift card to Sierra Trading Post is Jillian of Tenders and Trails! Jillian, shoot me a message and we’ll get you set up!

How often do you tackle arts and crafts? Do they ever work?

Sometimes I get lucky but this one is a definitely re-do. I know it’s going to be pretty when I finally do it right!

How was your weekend?

Welcome to the World of Airlines