Sunday’s wakeup call was even more brutal than the day before: not only did we have to meet up with everyone by 8am, but we also lost an hour through daylight savings! We groggily rolled around in the dark, layering on all of our cold-weather gear for the day’s avalanche lessons. The snow had stopped, but the wind had picked up and it was a balmy 6 degrees when we headed outside. Toasty! 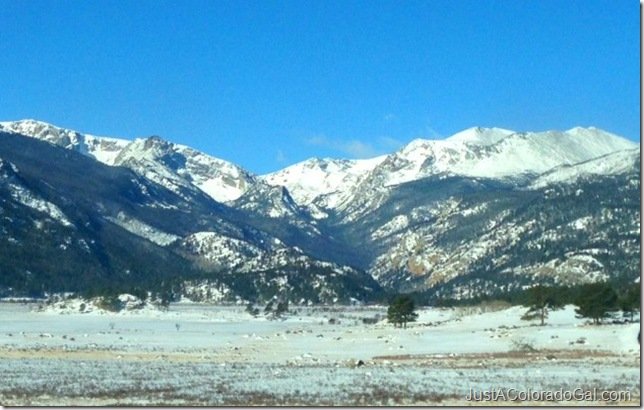 After a review from the prior day’s snow science lesson, we headed back up to Rocky Mountain National Park. I was a little concerned about the cold because I wasn’t sure that I could tolerate 6 hours in 6 degree temperatures, but our instructor Rob assured us that we would be doing a lot of hustling that day. And you know what? He was right!

Now that we all knew what to look for in terms of avalanche triggers, we moved onto the second component of an avalanche course: search and rescue.  And although this was my favorite part of the weekend, it was incredibly sobering. We examined a few case studies involving Colorado avalanches that have occurred in the past 8 weeks. Of the three studies, two involved death. Scary stuff, and it really hit home with me. I guess that’s good, right? 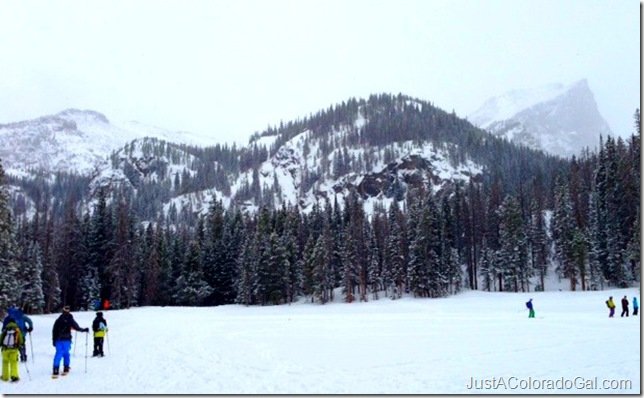 Everyone in the group was outfitted with the three main pieces of avi gear: a beacon, a probe, and a shovel. We’d done plenty of digging with the shovel, but had yet to touch the probe or beacon. That was about to change!

In short, an avalanche beacon is a radio transceiver that the skier wear on her body while out in the back country. While playing around, the beacon should always be switched on to the “transmit” mode. This means that the beacon is transmitting a radio signal that can be picked up by other av beacons. God forbid, if someone goes does in an avalanche, the other members of the ski party would then flip their beacons to “search” mode. Hopefully, this would help everyone find the downed skier before it was too late. 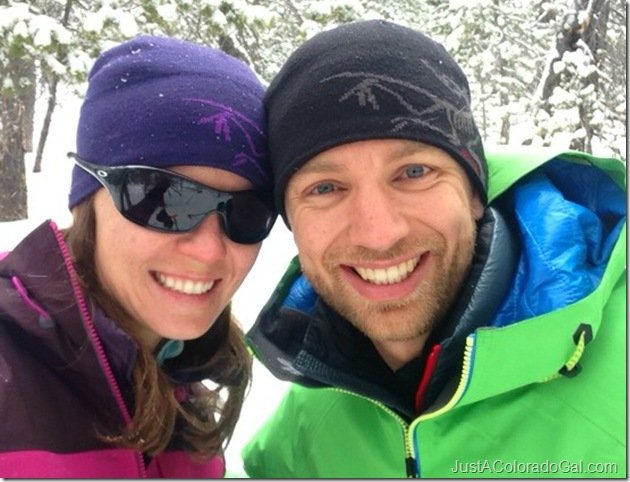 After testing the signals of our beacons in order to determine how far they reached, we started to set up a few practice scenarios. Will and I teamed up with a guy named Brian and the three of us initially began simple: one of us would trek off into the woods and hide a beacon on a tree for the other two to find using the signals on the av beacons. We spent some time with this, figuring out how to follow the directions that the beacons provided us.

After breaking for lunch, Rob decided to really test our search and rescue skills. The eight of us were split up into two groups, and he started staging more “real life” scenarios. For the first scenario, four of us were told to hike 1/4 mile up the mountain and wait till we were called. We hung out, chatting and trading Dumb and Dumber movie quotes, when out of nowhere, one of our other group members came frantically running up to us, panicked and hollering about his girlfriend being swept away in an avalanche. Obviously, the scenario had begun! 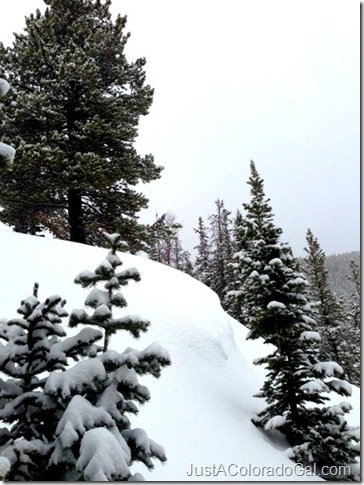 A beacon is buried in there somewhere!

Although we knew it was a practice scenario, it was kinda crazy how a bit of chaos immediately ensued! We immediately forgot our proper search patterns and Brian went flying into the forest without communicating with the rest of us. Even though it was fake, it was nuts to realize how your brain automatically jumps to finding the person without considering the most logical way to accomplish it. Definitely a learning curve!

We continued trading scenarios back and forth with the other group, and each demo was more eye opening than the last. During our third scenario, we had buried the beacon in a backpack three feet below the surface of the snow. The entire group was standing on top of the beacon but because they forgot to squat down and place the beacon on the ground,  they assumed the beacon reading meant they were three feet away from the beacon instead of it being buried three feet below them. They started to dig a couple of feet away, and we watched them search around for 10 minutes in the wrong location. Granted, it was highly entertaining and we felt slightly sneaky, but it was also very telling: how awful would that be if your friend was buried and died while you spent all of his last breathing moments digging just a few feet away?

I also learned that Will and I work very well together, which is obviously clutch if we plan on skiing together! In all of the group scenarios, he and I ended up searching for the same beacon, and I felt that our communication was pretty up to par. During our final example, we practiced a “multiple body” search. Brian and Mark searched for one beacon while Will and I found the other. Ours was tricky to find, but he and managed to communicate clearly enough that we were able to locate and unearth the beacon within 7 minutes, including the 4 minute hike up the mountain. Obviously, it’s pretty damn tough to hold your breath for 7 minutes, so that isn’t necessarily a great time, but I was happy to know that he and can count on each other if it comes down to the wire. 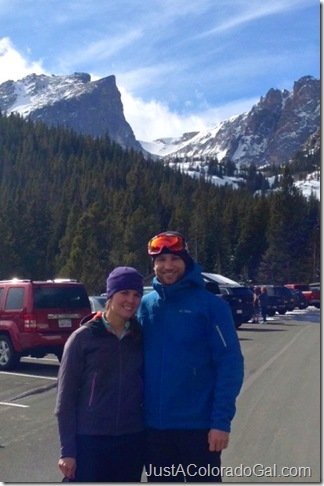 In short, I am so freaking glad that I took this course! As Rob kept reminding us, avalanche rescues typically occur only to locate a body, not a person, so I sincerely hope I never have to use the knowledge I acquired on the second day. However, I’m glad that we took the time to learn a little bit more about keeping ourselves safe in the back country!

Back when I was sharing my Haiti recaps with y’all, I forgot to tell you the story of our epic tower climb in the Dominican Republic! Curious? Hop over to my guest post on Sierra Trading Post to find out what type of climbing shenanigans we got ourselves into 🙂

What’s the most extreme thing that’s ever happened to you while enjoying your favorite sport?

I’ve triggered a few slides mountaineering, but saw a beautiful one while backpacking in Torres del Paine, Chile. I’ve also had to free solo a few rock faces on 14ers when I wandered off route. Whoops!

Avalanche Course with ApexEx: Day One