Avalanche Course with ApexEx: Day One

Like I mentioned on Friday, this past weekend was spent up in Estes Park taking an avalanche course. And y’all, it was so cool!

Will’s flight landed right on time on Friday evening, so I picked him up (Yay for my fifth visit to DIA in 11 days!) and we immediately began the drive up to Estes. Weather alerts were warning the Denver Metro area of a huge blizzard that was only supposed to be larger in the foothills and the mountains. With any luck, we’d arrive at our cabin before the snow really began to fall. Luckily, the drive was mellow and we didn’t see a single snowflake the entire time. We pulled up to our cabin (adorably entitled “Hummingbird”) around 8pm and settled in for the evening. We had a big couple of days ahead! 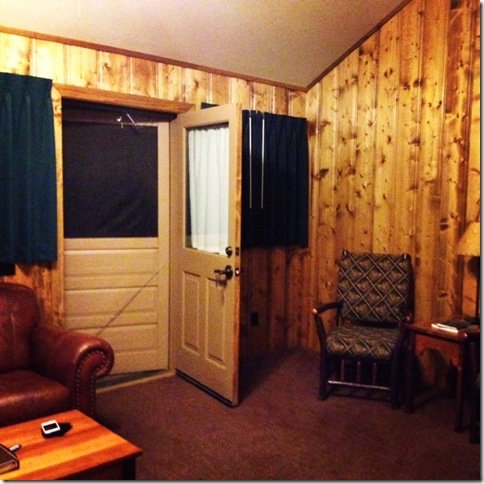 Inside of our cabin

Saturday dawned bright and early, and after meeting up with the rest of our classmates and ApexEx instructors, we piled into cars and drove up to the Bear Lake parking lot in Rocky Mountain National Park. After strapping on our respective snowshoes, skis, and split boards, we set off into the snowy forest for the first day of our course.

The entire first day of the Avi 1 course was dedicated to snow science. Although that may sound like a bizarre term, it is critical to your safety while traveling in the winter backcountry. And you know what? The stuff is fascinating!

In short, avalanches frequently occur under certain circumstances of distress. For example, they can occur at any angle, but the magic number for a slide is 38 degrees. What does that mean? Well, if you’re hanging out on a mountain that has a slope angle of 38, you should probably check yourself and get on out of there! 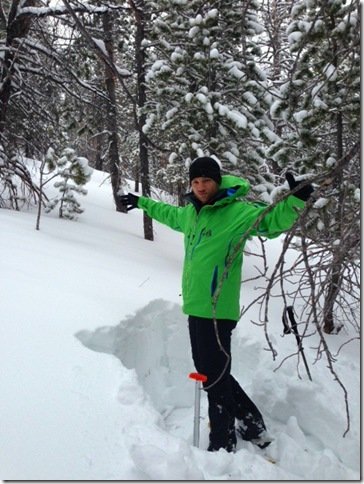 Will in his first pit

Additionally, we were able to literally dig into the snow and check out all the layers. Luckily, the fresh snow from the storm had covered everything in a beautiful layer of powder that made for interesting lessons. How do you check out the layers of snow? You dig a pit.

All of us had come prepared with an avalanche beacon, probe, and a shovel. The beacon and probe stayed in my backpack until the second day, but we got plenty of use out of the shovel right off the bat. In order to check out the stability of the snow, our instructor Rob taught us to dig a pit of at least three feet, if not more. Colorado is known for our epically terrible snow conditions (in regards to avalanches), so it was suggested that we dig to the ground when possible. Quite frequently, Colorado’s avalanches break off to the ground, so it’s important to check out all the layers. 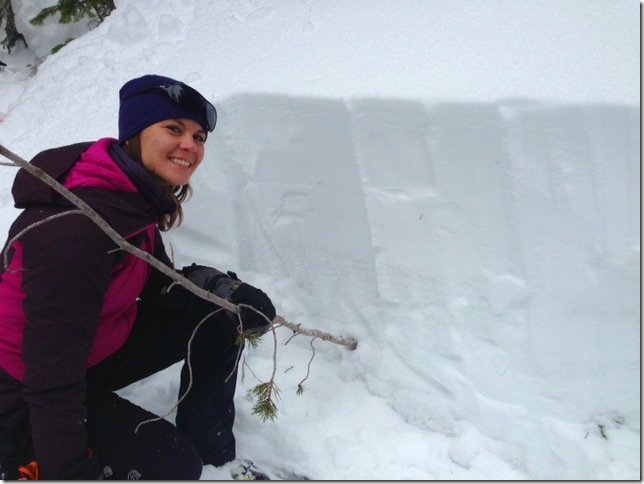 Digging the pits was insane and the layers of snow were fascinating to me. It reminded me of studying tree rings when I was in elementary school! If you looked carefully, you could see the different layers of snow in addition to feeling the difference against your hand. Bad, crumbly, loose snow is called faceted snow and is similar to sugar in its consistency and appearance. This, along with surface hoar, leads to the majority of North American avalanches. You could see this crappy stuff in the layers because it looked larger in granules and was incredibly soft to the touch. However, just looking at it doesn’t help anyone determine the stability of the snow, right? You have to perform some tests!

There are three types of tests that help figure out the stability of the snow and where the weak layers of snow are located: 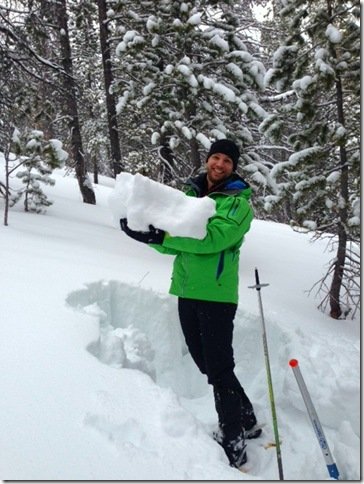 As the day went on, digging the pits became more and more tiring. The snow had eased up after lunch, but the temps were still hovering around 20 degrees. While we were moving, I was plenty warm, but I definitely got chilled once we stopped. After all, we were outside for well over six hours sitting (literally) in the snow! The storm kicked back up again around 3pm, and that’s when I got really cold. Luckily, I had some great gear on and had packed warm tea in my Hydroflask, so I had something hot to warm me up from the inside. Made all the difference!

Check back tomorrow for day #2: it was all about search and rescue!

How do you feel about snow sports?

Would you ever take any backcountry safety classes like this?

The Ultimate Beginner’s Guide – The Key to Running Inspired {Review}