Anyway, after I finally made it to the hut and collapsed dropped my pack, I was able to take a look around. The Benedict Huts are actually comprised of two huts: Fritz and Fabi. Fritz is larger and sleeps 10 people, and Fabi is the smaller one that only sleeps 6. They are connected by a wooden walkway that has the outhouse in the middle.

And speaking of outhouses, this one was awesome! I know that’s a weird thing to say about an outhouse, but it’s true. Two of the four walls were made of plexiglass so you had the best view in the world while going pee 🙂 Don’t believe me? I took pictures! Yes, I dragged my camera into the outhouse…don’t judge. 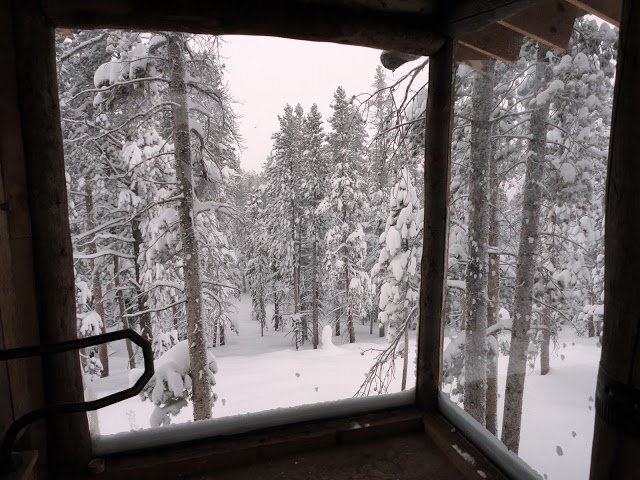 Not too shabby, huh?!

Anyway, we all crashed pretty early on Saturday night since we were so exhausted from the hike in. I fell asleep watching a blizzard swirl around us, knowing that I was going to wake up to some serious fresh powder the following morning!

Per usual, I was the first one up on Sunday so I banged around in the kitchen making coffee with the percolator, trying my best not to wake everyone up. After a few hours, I made enough noise that everyone was finally awake. We spent the morning playing board games (anyone ever play Mad Gab?? So much fun!!) and finally decided to venture out into the cold around lunchtime.

SO MUCH SNOW!!! I would guess an easy 18″ fell during the night so we had plenty of snow goodness to play in! Most of the girls set to work on making an anatomically correct snowman, but I joined the boys on the other side of the hut so we could all build an ice luge. I mean, we didn’t lug all those sleds up there for nothing, right?!

The one downside to sledding was that the hike back up the hill was brutal. As if I hadn’t done enough hiking the day before, right? However, I hoofed it back up after almost hitting a tree, and I was rewarded with one of the best views of the entire trip. Check out the beautiful sky!! 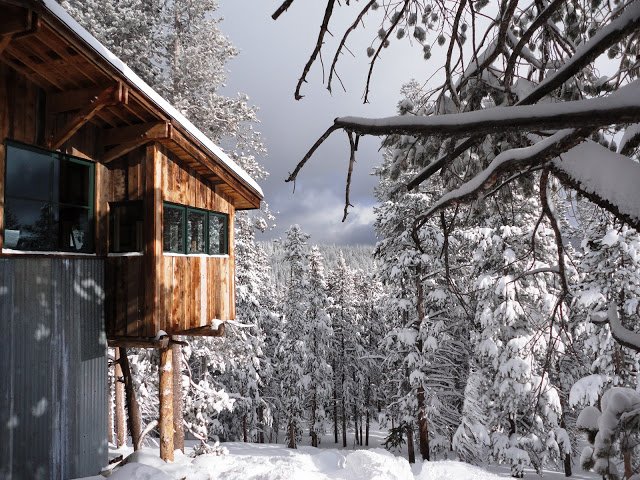 I also took a quick video of Brad and Nichole sledding down our ice luge of death. Check it out!

After tiring themselves out on the sledding hill, a few of the guys realized the hut actually had an outdoor fire pit that had been buried in all of the snow. Because they are men, and that’s what men do, they immediately decided to dig out an entire trail to the fire pit, as well as dig out the whole ring. It took them awhile, but I think it was worth it in the end! 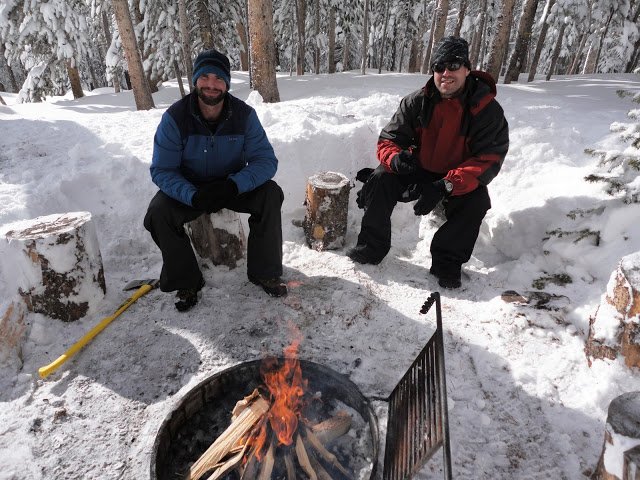 At this point, every decided to head indoors for lunch and a nap. You forget how exhausting playing in the snow can be! However, Angel, Cindy, Lindsy, Uncle Craig and I decided that we didn’t hike into the backcountry to take a nap: we wanted to play! The five of us put our snowshoes on, and headed out for an exploration run.

Unfortunately, we didn’t make it crazy far because my snowshoe was still misbehaving. However, we did get to explore a beautiful area and I got some pics that kind of capture the beauty of the area.

Check out how deep that snow was! Angel broke the trail for the majority of the way, and I was so impressed. Girlfriend is a beast because that was exhausting!! 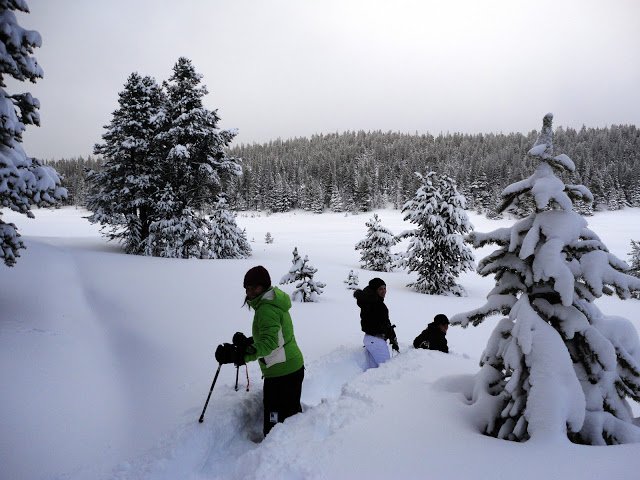 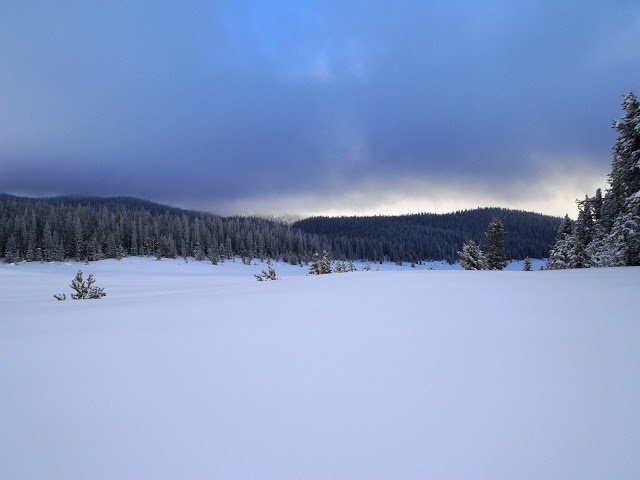 Could it be any more beautiful?!!

********************
Do you still sled as an adult? How about build snowmen?
When you go on vacations, do you prefer to relax and take a nap (like the boys did) or would you rather take advantage of the surroundings, even if it means you’ll be more exhausted when you return from your “vacation”?
Share
Tweet
Pin

Recipe: How to Make Ice Cream in the Backcountry