Body After Baby: The Reality 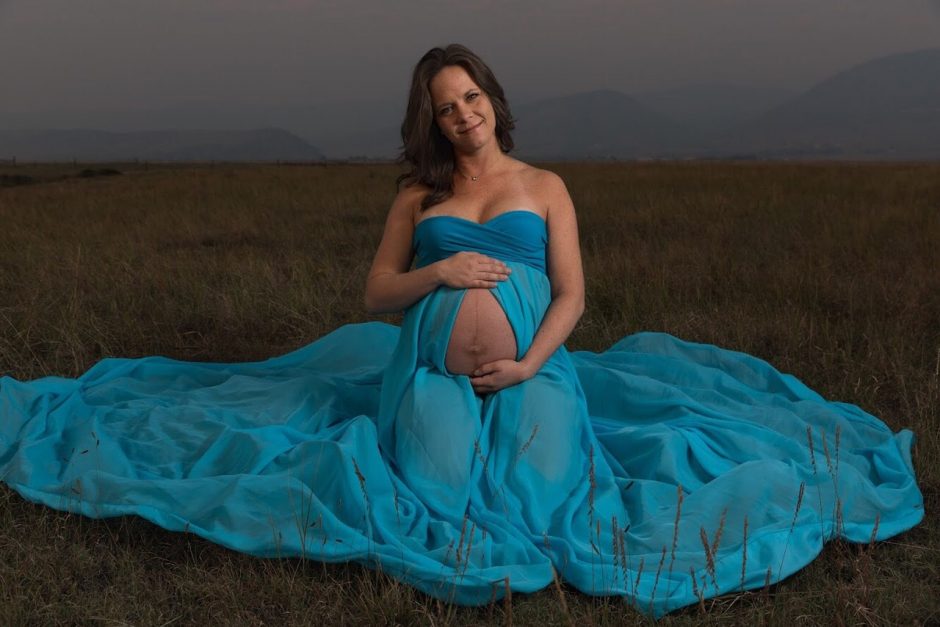 As a female in the outdoor industry, I’ve long been proud of what my body can accomplish. Pre-Liliana, I asked it to undertake some rather large physical tasks: running 34 miles, carting a 55-pound backpack up a damn near vertical 2000 foot climb, paddling 75 miles of Alaska’s Alatna River in icy rain and gusty winds, cycling 4,000 miles across the country, and walking 150 miles of Spain’s Camino de Santiago. True to form, my body took it all like a champ.

Pregnancy was no different. I experienced an easy first trimester with zero nausea or vomiting and only a bit of fatigue. Second trimester was a walk in the park; I hiked, ran, camped, and went to CrossFit daily. I’ve got this, I thought to myself. Pregnancy is just another endurance task; I can do this. 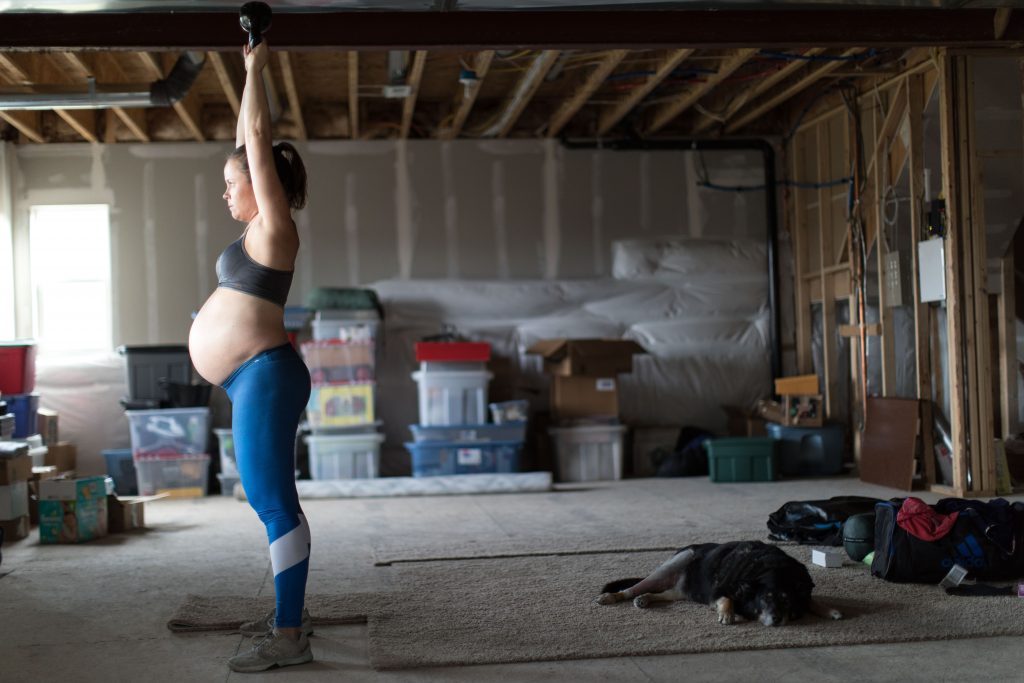 Third trimester threw me for a loop. It was almost as if my body realized it was pregnant and pumped the brakes. Whoa! What’s happening in that belly?, it asked me. My belly grew bigger, my ankles swelled like Play-Do, and my blood pressure rose {literally.} Our doc routinely checked me for preeclampsia, a serious condition that causes damage to the kidneys and liver and is frequently identified by high blood pressure.

Pre-pregnancy, I was like the walking dead with an insanely low pulse and an even lower blood pressure, so high numbers were cause for concern. Month after month, my urine tests came back with nothing to worry about yet my blood pressure continued to climb. In fact, the week I went into labor, my doc sent me to the hospital post-appointment to be monitored. My blood pressure was so high that she thought I’d need to be induced that day. As I sat in the hospital bed hooked up to monitors, I looked at Will and commented: Well, shit. I sure didn’t think it would happen like this.

Turns out, it didn’t. I was given the all clear and sent home. Now I realize that my body was just amping up for the real deal that took place a mere four days later. But, my body was toast; it was ready to be done with pregnancy. 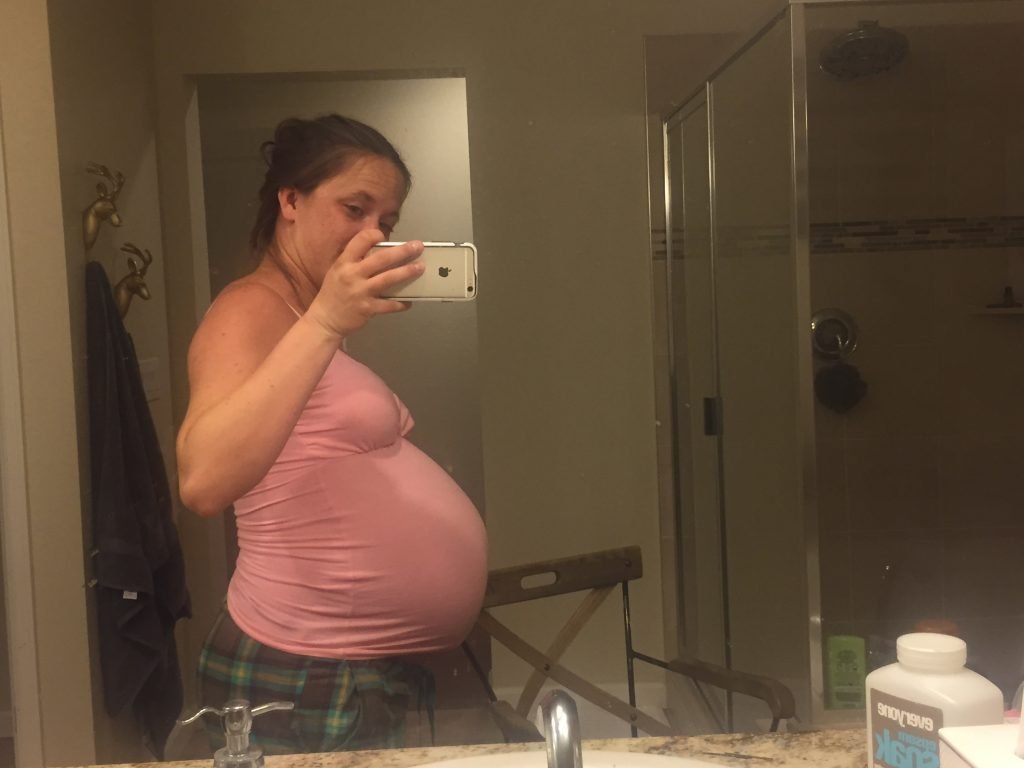 And I can’t say that I blame it. Guys, I was huge. Women all experience different things in pregnancy and one of my glorious symptoms was that I grew into a giant. From the 10 week appointment on, my belly routinely  measured 2-3 weeks ahead of where it should be. Assuming you are at a healthy starting points, doctors recommend a 20-25 pound weight gain; I packed on almost 60 pounds. I clearly remember when I eclipsed Will’s weight. I stepped off the scale at the appointment, looked at him, and commented that I was closing in on 200 pounds. I laughed about it because it was somewhat absurd, especially considering I started around 135 pounds, and he gave me all the reassurances he could. But even for someone with as much self confidence as I have, the increase on the scale was uncomfortable.

When I went into labor, I understood why I was so big. My water broke in movie-like fashion: Will, his mother, and I were sitting in our kitchen on Saturday night, and Will just pulled chocolate molten lava cake out of the oven. It’s my fave dessert of his, one that I regularly consumed while pregnant. The second he set the hot cakes on the stove, I felt a pop inside my belly, almost like a balloon ruptured. I looked down, anticipating what I knew was coming, and saw a flood of water gushing all over my chair and the floor.

Um, you guys, I commented. I think my water just broke. I guess we should go to the hospital?

Fast forward to the next day and Liliana was in my arms and our new little family rested in our hospital room. During labor, I lost 34 pounds. Considering out baby girl only weighed 7 lb. 7 ounces, it was clear I had carried a metric ton of fluid in my preggo body. Due to the emergency C-section I experienced, my body took a beating. I was pumped full of so many drugs that I still have trouble recollecting moments of that entire day. Finally, on Sunday evening, I asked the doc to take me off the IV. I’m fine with pills, I said. I’d rather be slightly uncomfortable than out-of-my gourd groggy.

I’ve never told our birth story on my site, and I’m not sure I will. Maybe one day, but today isn’t that day. I share all this almost as a reminder to myself of what my body has been through over the past calendar year. Child birth is a miracle, but it’s also the most demanding endurance event I’ve ever completed. And, just like running an ultra, it grew tougher and more demanding as time passed, saving the most difficult moments for the very end. 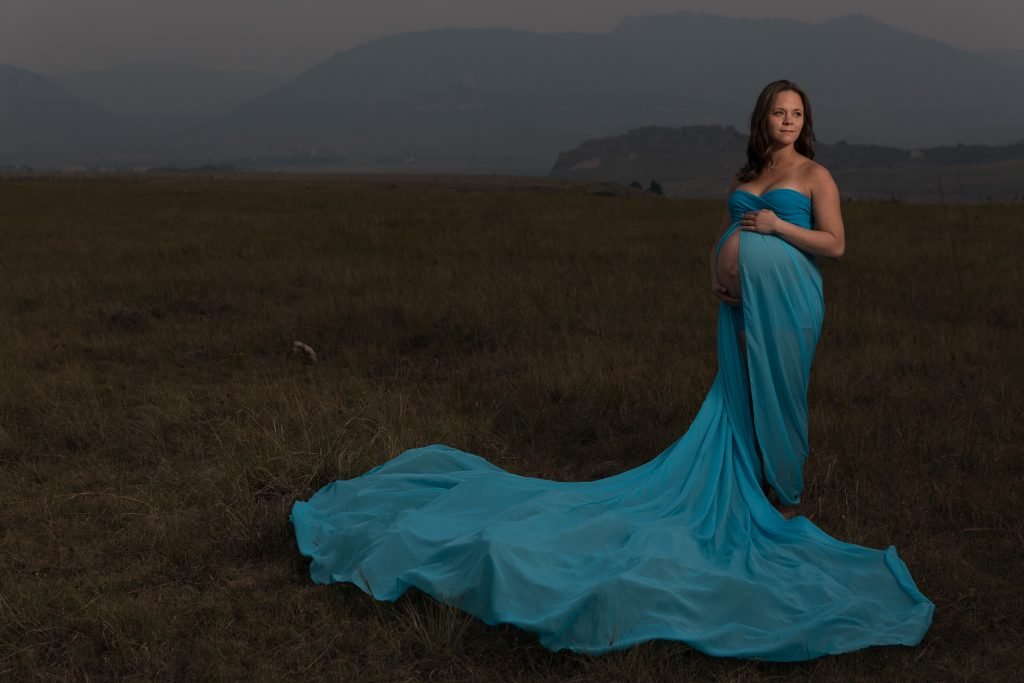 Today, I’m struggling to lose the baby weight. I walked out of the hospital 20 pounds over my pre-baby size, and I’m still sitting here with those extra 20 pounds on my body, almost six months later. My composition is returning to what it once was, but I’m still carrying a solid chunk of fat on my belly. And while I understand that it’s part of the deal and I’m thankful for all that it has accomplished for my family, I will admit that it has been emotionally frustrating for me.

In this era of social media, it’s so difficult not to compare yourself to others. Pre-baby, I honestly can say that I never experienced that phenomenon, but it’s been harder for me to ignore how others look postpartum. Quite a few friends gave birth around the same time as me, so it’s far too easy to play that comparison game. For so many of us breastfeeding, it’s a gamble. Some women drop the weight rapidly while breastfeeding, struggling to maintain enough body fat. That isn’t me. I’m on the opposite end of the spectrum where it appears that no matter what I do, I’m carrying these 20 pounds as long as I’m breastfeeding.

I finally just reconciled with that fact, although it took some work. Breastfeeding didn’t come easy for us, so it’s a total bummer to realize that something I fought so hard for was also the cause of my current status. But, I know it’s important and I’m not willing to give up my breastmilk for the sake of my vanity.

More than anything, I’ve realized that the reality of “body after baby” is so, so different than what you frequently seen on your favorite blogger’s Instagram account. It’s not all kettlebell swings and #fitmama hashtags and side-by-side comparison photos. It’s work; it’s stress; it’s effort; it’s a whole lot of tears.

The reality of body after baby is that your body has changed forever. Even when I get back to my goal weight, it will be different than it was previously. I can count calories all I want but maybe–just maybe–my hips will always be wider or my stomach a bit mushier. I’ll forever have a scar on my lower abdomen and while I escaped stretch marks on my belly, my boobs didn’t fare as well. 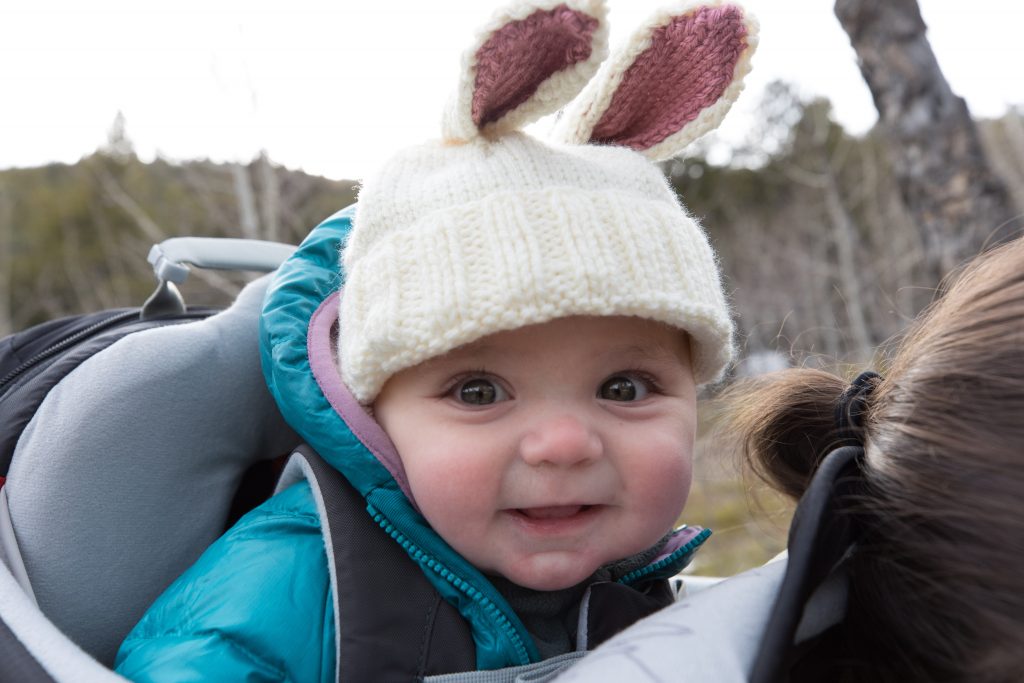 But it will also be better. So much better. Because this tiger-striped and aching body carried our baby girl for 10 whole months. It housed her; it kept her safe; it nourished her; and it brought her into this world safely. And for that–stretch marks or not–I’ll forever be thankful.