Sometimes, I feel like I have a dozen half ideas rolling around in my head, never quite formulating any of them into full-fledged posts. Today is one of those days! So, instead of trying to be creative, let’s have a little chat about my mental musings on this fine Monday, shall we?

{If I was cooler, this post would be titled Coffee Talk or something like I’ve seen circling the worldwide web. But, I’m pretty lame and I only drink coffee in the morning, so that would just be a lie. And I never lie. So, this isn’t coffee talk; instead, it’s just brain vomit!}

Will planned the best-ever surprise date for me on Friday! I knew we had plans, but he kept it very hush-hush and wouldn’t tell me a single thing {and trust me, I nagged and tried to get clues!} In the end, some friends came over, we went to dinner, and then followed the meal up with a Lindsey Stirling concert at the 1st Bank Center! 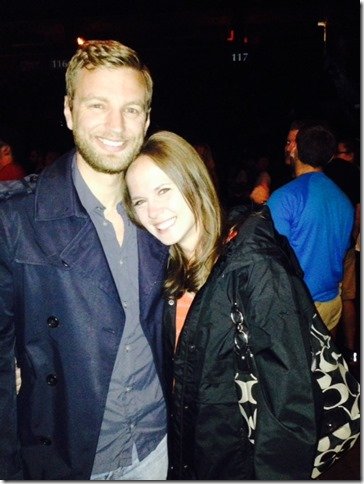 Will and me at the show

Truthfully, I had no idea who Lindsey Stirling was but it took all of 5 seconds for me to realize that I absolutely love her music! According to our friend Caryn, Stirling tried to get a recording label for years but was continually shot down. She eventually took to the YouTube and started her own, incredibly successful channel. Y’all, she is crazy talented! She plays the violin but performs choreographed routines while playing DubStep music. Totally blew my mind and I’ve been watching her videos ever since!

In less artistic but far-more-terrifying news, I am officially registered for a CrossFit competition! It’s a team comp called Girls Gone Rx and will take place in Denver in September. I really waffled on registering because I am surprisingly nervous about the idea of competing. In the end, I realized that pushing my comfort limits is a good thing, so I signed up before I could talk myself out of it! There will be two other gals on my team which makes me feel a lot better; there is nothing like friends to act as a buffer! 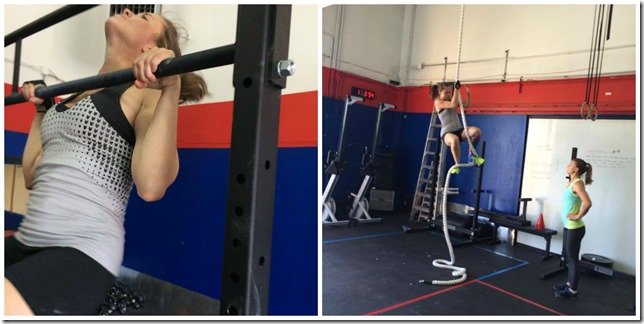 Working on pull-ups and climbing ropes!

I’ve been working on planning my sister’s bachelorette party in August, and I’m quickly realizing I am the least cool, least hip 32-year-old that I know! I’m learning about all sorts of new bachelorette trends and ideas, and some of them are downright absurd. Thank heavens my sister is a reasonable individual because it is clear that my 20s are long behind me! Her bachelorette and wedding are in Hawaii where she lives, so I’m pretty positive it’ll be awesome, regardless of my planning!

And as for our wedding? Well, we haven’t done much! We’re generally narrowing down the logistics like date and location, but I’m not going to stress about any of it until after my sister’s wedding in September. One family wedding at a time is plenty as far as I am concerned! {And if you end up coming to my bachelorette, never fear: there will NOT be any penis balloons, penis cakes or matching outfits. Good lord.}

Have any of y’all run the Moab Trail Half/Marathon?! I stumbled on this recap a few weeks ago and I’ve been borderline obsessed ever since! You see, my running has become abysmal at best and I’m starting to get the itch for a goal race. I haven’t really cared about a race in awhile, and I kinda feel like I’m ready to put a little effort back into my running. Obviously, the Moab half wouldn’t be a PR {based on what I’ve seen from the course}, but it looks like it would be so fun! In fact, I just described it as an adventure race to a friend. How could I not sign up for that?! 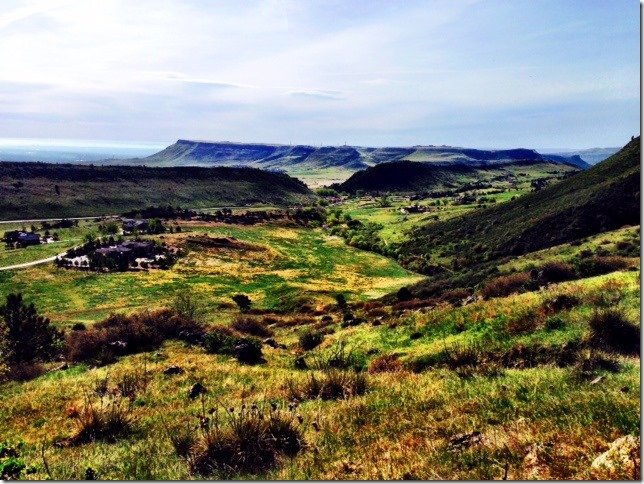 Trail running a few weekends ago at Belcher Hill Trail

Ironically, thinking about running the half has left me musing over longer distances. I still haven’t run a damn marathon (although I’ve registered and DNS’d at TWO of them now!) and I kinda feel like it needs to happen. The catch is that I am far more interested in trails than road, so I tend to think my first big distance may be an ultra. After all, you don’t see too many 26.2 mile trail races, you know?! Time will tell….but the seed has been planted!

What’s rolling around your head today?