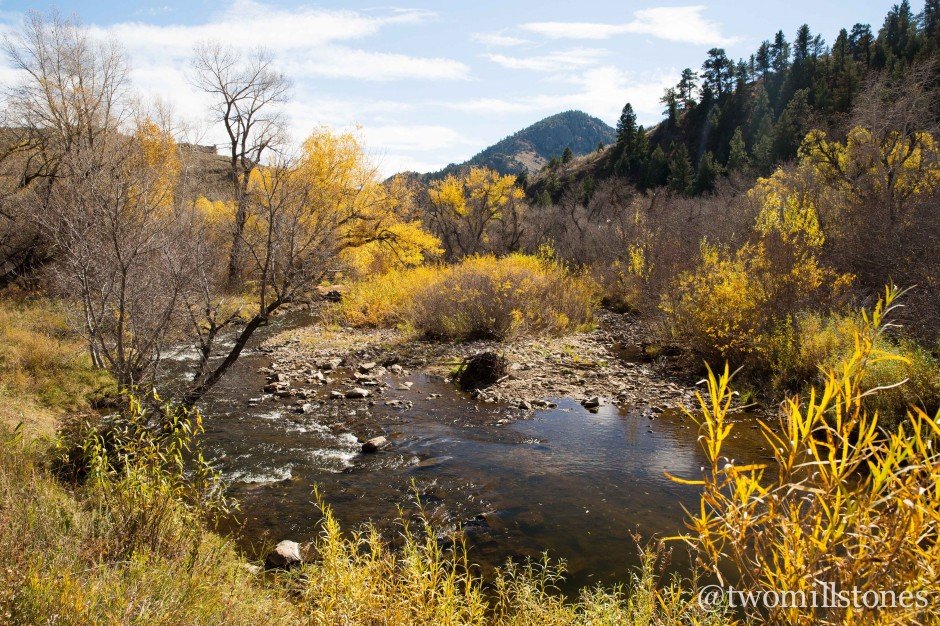 Y’all have heard me wax poetically about my home state; I love Colorado. I love the Rockies, I love the Western vibe, I love the mountain towns, and I love the open mentality that can be found in the minds of people who live here. I love this state!

As the state population grows and more and more people discover this beautiful home of mine, I find myself playing “tour guide” and filling my newly-relocated friends in with fun Colorado beta. Certain facts are just common knowledge if you grew up here, but others are infamous Colorado myths that I’ve seen circulating the interwebs for years. I’ve included some of my favorite pieces of trivia below; check it out and see if you knew all of these!

South Park is a Real City

We’ve all heard of the ridiculous TV show South Park, but I quickly learned that most people don’t know that South Park is a real town! Located near Fairplay, South Park City is a restored 1880s mining town that came to fruition during the gold rush. Obviously, it’s nothing similar to the town seen on the TV show, but that doesn’t mean the show’s creators didn’t draw from real-life Colorado people. For example, the Chef on the TV show was based on a cook that worked at one of the dorms at CU-Boulder. He was still making breakfast when I was a freshman in 2000, and let me tell you– his mannerisms were eerily similar to the character on the show! 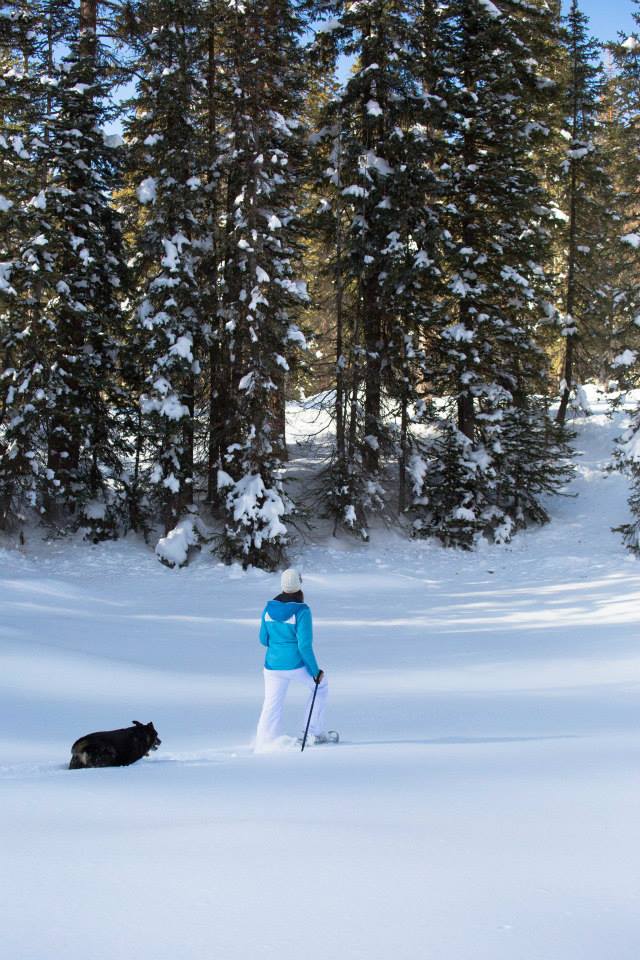 Snowshoeing on the Mesa with Tals. PC: Will Rochfort

You know the Grand Mesa that I’m constantly referencing when I go to my parents’ cabin? They built on the Mesa which is fortunate for an outdoor lover like myself…and you know why? Because the Grand Mesa is the world’s-largest flattop mountain!

It covers an area of roughly 500 square miles which blows my mind. You see, the Grand Mesa is largely unknown to locals too, which means the trails and adventures are limitless and deserted. How perfect is that?!

Weed is Legal….But No, It’s Not Everywhere

I can’t even tell you how many emails I get asking me about this! Most people know that Colorado was one of the first states to legalize recreational marijuana. In short, if you’re 21 years or older, you can legally possess an ounce of THC. 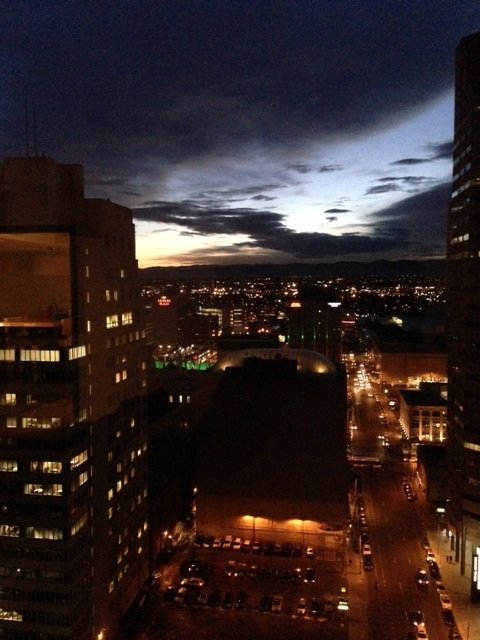 Regardless of where you stand on this {and believe me, I’ve heard ALL viewpoints!}, I do want to make something clear: weed is not everywhere. I received an email from someone moving here who asked if marijuana was rampant. “Do people smoke it on street corners?” he asked. “Is the smell all over the place?”

Guys, this is not the case. You don’t smell pot everywhere and truthfully, I didn’t notice a single difference or increase in usage after it was legalized. Basically, the people who smoke kept smoking and the people who don’t smoke….kept not smoking. Easy enough!

Denver Is Not A Winter Wonderland

I hear this from out-of-state friends all the time: isn’t Denver cold? How can you run outside in the winter when there is piles and piles of fluffy snow?! 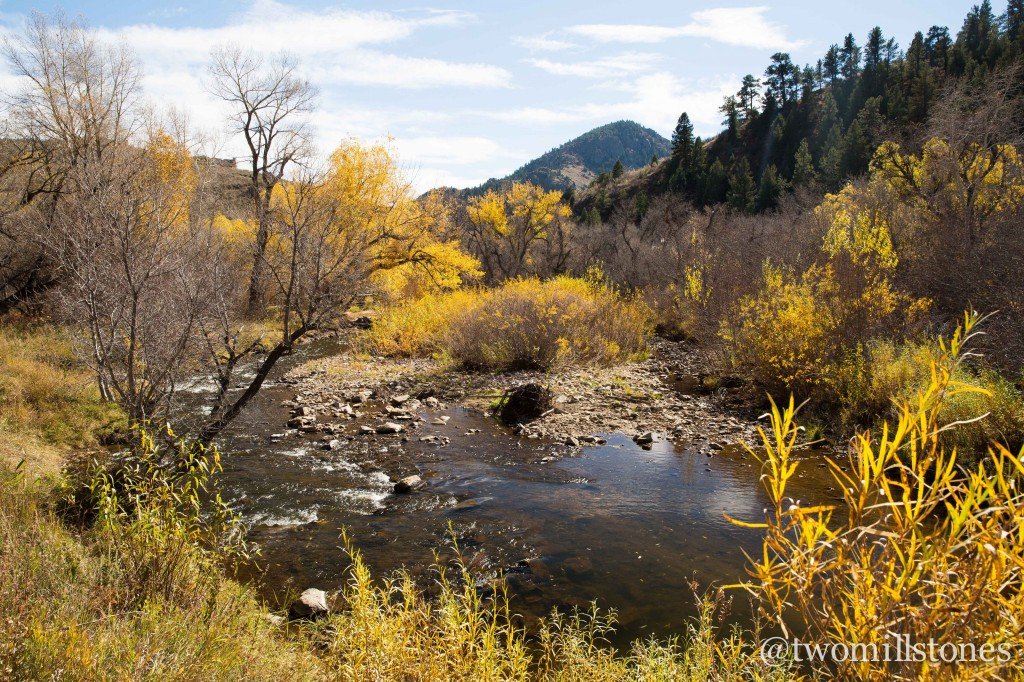 Here’s the not-so-secret fact about Colorado: Denver has fantastic weather. Yes, we hit our cold patches in the winter and we do get snow, but truthfully, the blistering cold is infrequent in the city. And as for the snow storms? They occasionally wallop the Metro area but the sun ALWAYS comes out within 24-36 hours and melts the snow away.

Bottom line: Denver does not get the wintry weather that the mountains experience, and that is why so many of us love it here!

We Celebrate A Frozen Dead Guy

Let me tell you a bizarre story about Grandpa Bredo…

Grandpa Bredo died from a heart condition in 1989 while living in Norway. Instead of a burial, he was packed in dry ice {seriously} and shipped to California where he was contained in liquid nitrogen for four years. He was then moved to Colorado in 1993 to stay with his daughter and grandson, both huge advocated of cryogenics. They stored Grandpa in a shed outside of his grandson’s home in Nederland, cozy under a cold cover layer.

And the story gets even weirder….

His grandson, Trygve, was deported in the mid-90s thanks to an expired Visa. At this point, the daughter, Aud, stepped in to care for the house, including frozen grandpa out back. Sadly, she was then threatened with eviction since she had no electricty or plumbing, so in a last ditch effort, she spoke with a reporter, detailing the story about how Grandpa Bredo was frozen in a shed in the backyard.

Eventually, this led to a municipal code in the town of Nederland that states that it’s illegal to store a frozen human {or animal} in your home. Seriously, they made this a law! Luckily, Grandpa Bredo was grandfathered in before this was enacted. Naturally, he quickly became a local celebrity and a thing of lore.

Since then, a team of volunteers delivers 1600 pound of dry ice every month, packing it into the sarcophogus to surround Grandpa Bredo. The team even keeps Grandpa at a steady -60 degrees in the hope that one day, they will be able to fulfill his wish of coming back to life. The tradition has lasted 20 years and thus far, it’s hanging in there!

In fact, local {crazy} Coloradoans loved the story so much that Frozen Dead Guy Days was created in order to celebrate the entire tale! Every winter, Nederland throws the festival which includes polar plunges, coffin races, brain freeze contests, and live music. I went a few years ago, and it’s definitely something you should see at least once in your life! This year’s event takes place in March, 2015, so mark it on your calendar– I’ll go with you!