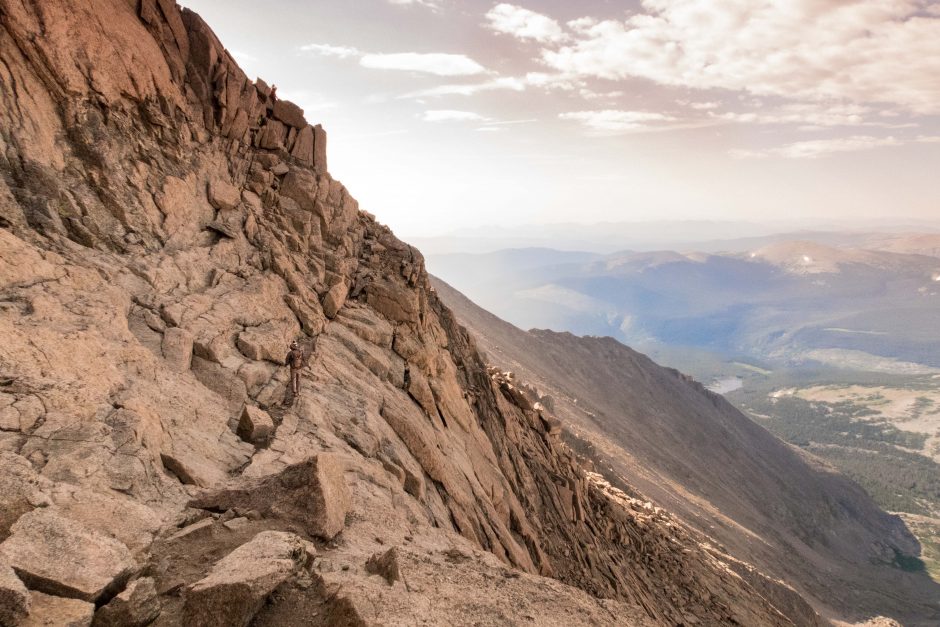 I realize I’m about to expound upon an inflammatory statement but here it is: I think Colorado should enact the use of hiking permits.

Whew, now that I’ve gotten that off my chest!

If you’re local, there is a good chance you have seen or read all of the hubbub in the news regarding the Hanging Lake Trail near Glenwood Springs. And if not, consider yourself lucky; it’s been a hot topic!

Hanging Lake is a beautiful little spot in the Western Rockies and for years, it’s been one of the more popular hikes in Colorado. But these days, the hike itself is becoming too popular for its own good. Two years ago rangers installed a gate at the parking lot. The idea is that once the 117 parking spaces are full, the gate is locked and no one else and park there {which effectively limits the hikers on the trail.}

{All photos by Will Rochfort} 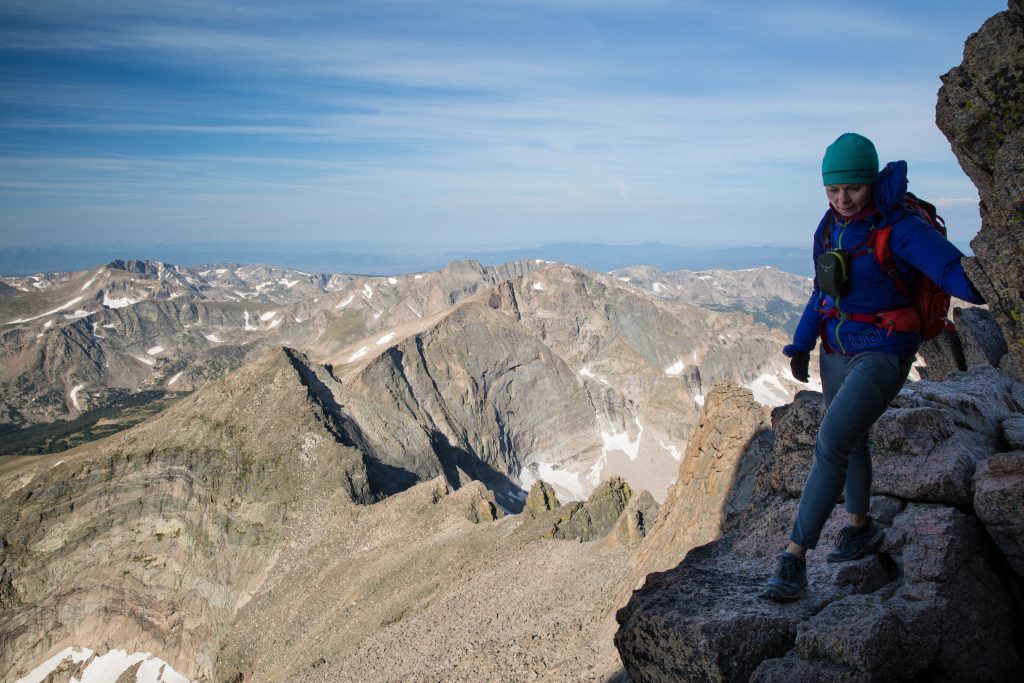 Hiking the Keyhole Route on Longs Peak. I’d argue that this trail could use a permit in busy season.

But the gate doesn’t appear to be enough. There have been increasing complains about trail traffic, loud music, and illegal swimming from various hikers. A quick scroll of the #HangingLake hashtag on Instagram directs you to a bunch of photos of people standing on the Hanging Lake log, joking about how “rebellious” they are since the log is clearly marked as prohibited terrain.

Things like dog poop and graffiti have gotten so bad that a local Colorado resident has even started an account called Trail Trash of Colorado, specifically designed to highlight and shame IG users who are breaking the rules. Do I agree with his/her methods? Not entirely, but I understand why s/he feels the need to act so drastically.

While Hanging Lake is at the epicenter of the current storm, it doesn’t stand there alone. It is no secret that the Denver Metro area is booming. Between 2015 and 2016, Denver ranked the 7th highest in terms of percentage growth of its population {as per the US Census Bureau.} In 2016, the city added 91,726 people. Crazy! 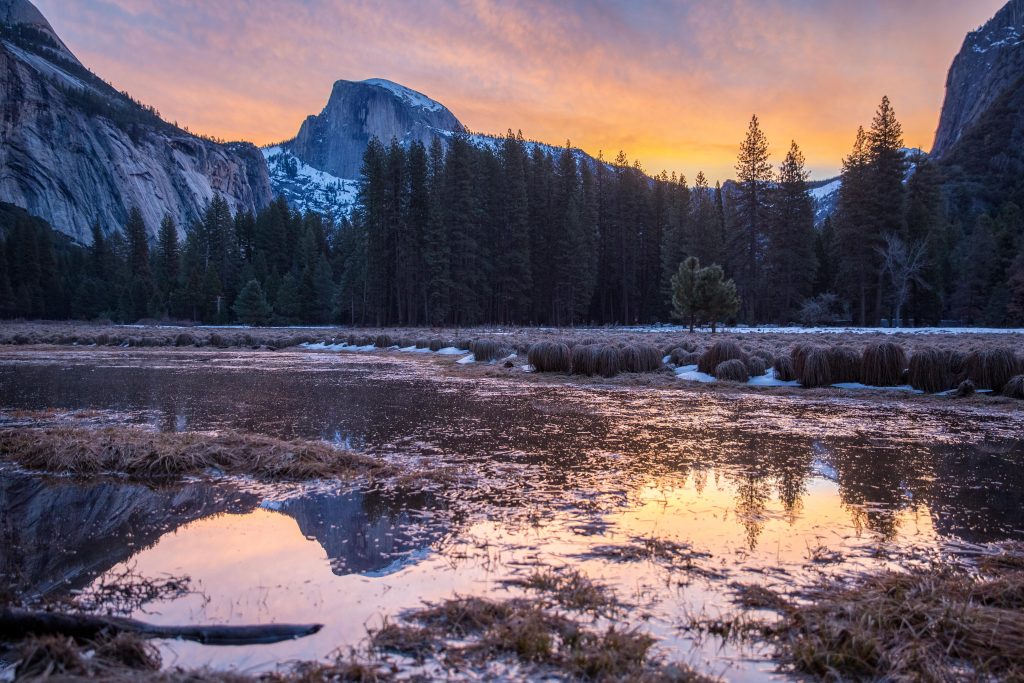 Of course, this influx of people means that *some* trails are crowded. After all, everyone is moving here to be outside, right? {Well, and the legal weed probably…} And this is where my idea comes into play: hiking permits.

I realize that is not a popular suggestion, especially in a state where people have lived for so long without any type of permit system. We had to snag an overnight permit to camp in Great Sand Dunes National Park, but that is honestly the only time I can remember needing one in Colorado.

But in states like California or even in parts of Utah’s canyon country, hiking permits are the norm. They are used as a means to regulate traffic on trails so as to protect the environment. California has the country’s largest population by a landslide {39.2 million vs second place Texas’s 27.8 million} so it’s no surprise that they rely heavily on permits. Want to hike up Mt. Whitney? Great, snag a permit. Thru-hike the JMT? Get in line. 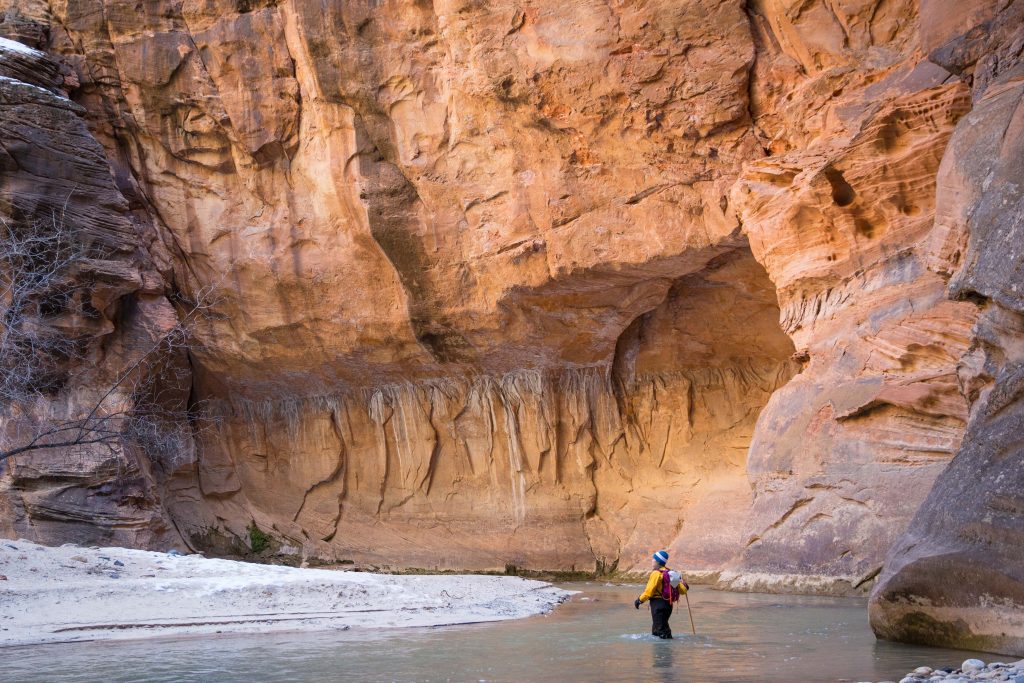 The Narrows in Zion National Park

But permits are also used in lesser populated states. Coyote Buttes in Arizona is notoriously beautiful–and notoriously tough to acquire a permit. The Teton Crest Trail in Wyoming requires permits as does Zion National Park’s The Narrows if you hike top down. The list goes on and on.

Yet when I sit here and think about Colorado, I can’t really think of a permit required for any of our iconic hikes. Why is that? I understand that it restricts freedoms and coming and goings on hiking trails, and I realize that is a hassle. But you know what? I’m pretty okay with planning ahead and accepting a bit of hassle in my life if it means beautiful trails to pristine areas are being preserved for years to come. If life is all about tradeoffs, I’ll accept that one.