I always make this assumption that everyone knows what I’m talking about just because I mentioned it on Twitter. But then, I think about it and realize that everyone follows hundreds if not thousands of people, so it’s rather unlikely that my tweets stand out in the crowd. Narcissism at its finest, I suppose!

In that same vein, it occurred to me that although it’s been all over the Twittersphere, I have yet to share my latest perplexing news on the Columbia Sportswear front. If you’ve been reading my blog for a bit, you likely remember that I was chosen to be part of Columbia’s inaugural OmniTen group way back in March, 2012. 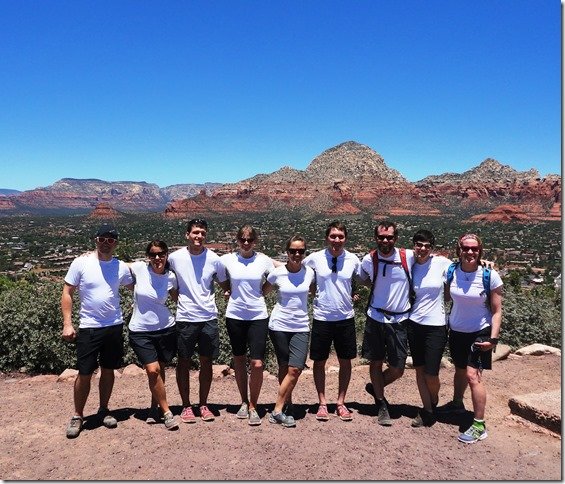 Not all of the OmniTen, but Gina, Steve, Katie L., Jon and me are all in the photo. And, recognize the writer on the far right? That’s Amy from The Gearcaster, the gal who joined us in Alaska this past summer!

At the time, the OmniTen program was brand-spanking new so no one knew what to expect and I imagine we were a sort of test pilot program for the company. Our trip was a bit different than more recent OmniTen excursions since it circled around the release of Omni-Freeze Zero. This meant that not only were we in Sedona, but so were dozens upon dozens of journalists from various publications (Sidenote: check out that post for the first time—and first photo!—I met Will!)  In short, our time in Sedona and Havasupai was absolutely spectacular and I’ve remained close friends with everyone in my season.

I mean, we even had a mini-reunion last NYE in Park City!

Since then, the OmniTen program has evolved and they are now on their fourth season. However, Columbia has apparently decided to spice things up a bit and those of us from seasons 1-3 were shocked to find a perplexing email in our inboxes last week. Now, I’m totally paraphrasing because I’m not sure I should go the copy/paste route, but in short, it said this:

No idea where: top secret

Play your “cards” right and you may need your passports soon after!

And that’s all we know! 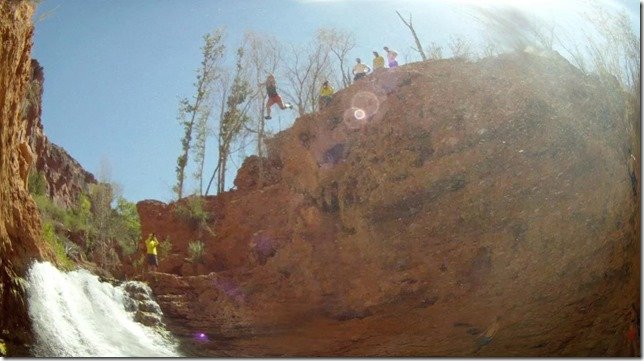 Maybe we’ll have a competition in jumping off high cliffs? Clearly, my form is textbook !

A few of us have mentioned the idea of a challenge between seasons so maybe that’s what Columbia is thinking. Honestly, we have no idea! The email said we wouldn’t need our passports for those dates in January, but maybe afterwards. In short, they left all of us scratching our heads and rolling around in curiosity and excitement. Personally, I have absolutely no idea what to expect but I do know that I am freaking excited!

Alright, does anyone have any guesses?!