Confessions from a Pet Owner: My Dog Was Fat 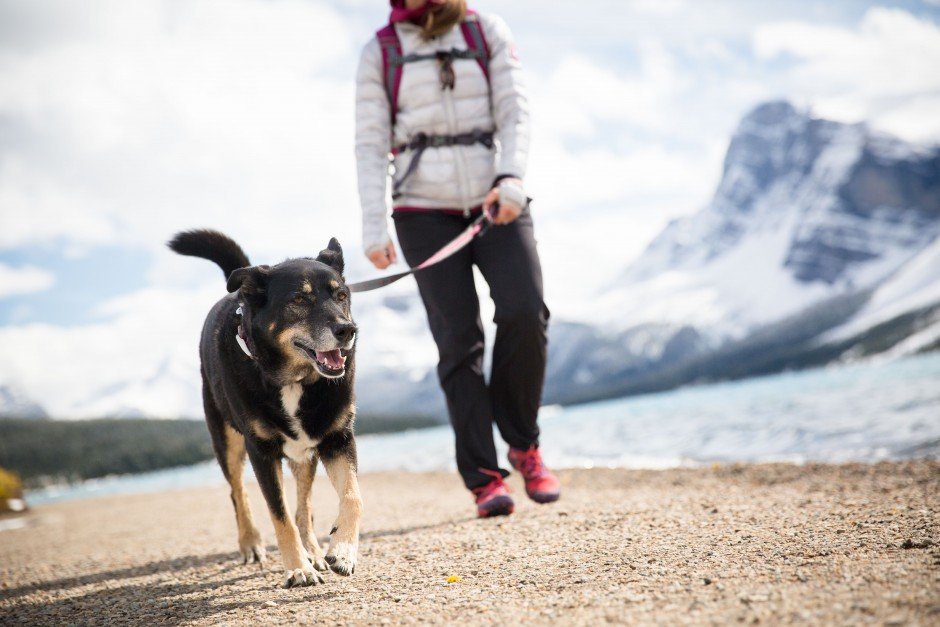 My dog was fat.

This past May, I took Tals to the vet for her annual check-up. Everything looked good, but the vet dropped a verbal bomb on me: Tals was overweight. What?! How could this be? She was so active! To make matters worse, she leveled me with some more news that a dog owner never wants to hear: Tally is in the early stages of arthritis. 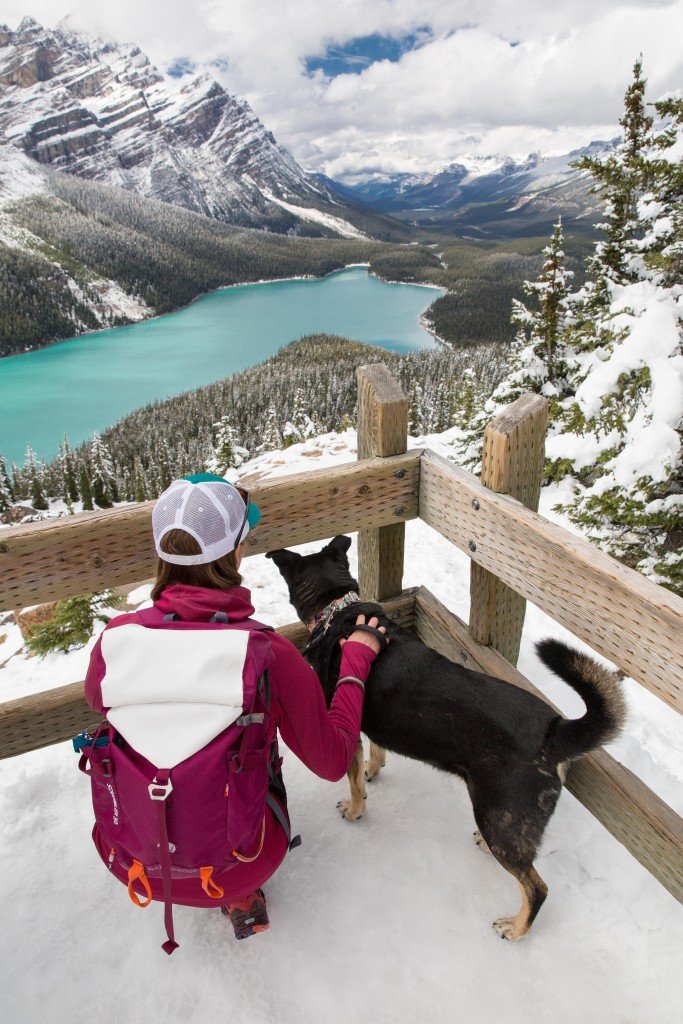 She went on to explain that it was very minor and in her back hips. “They’re just a bit crunchy,” she told me while feeling around Tally’s backside. “I think dropping five pounds will really help her.”

I left the vet appointment loaded down with glucosamine pills and brochures on “aging dogs” and “doggy arthritis.” I felt so upset and heartbroken. While not a spring chicken, Tals isn’t THAT old. She is now 9.5 years old, so she hasn’t hit double digits. And with the onset of arthritis? So many of her favorite activities are listed in the absolutely not category. No more long backpacking trips? No more long trail runs? This is what she lives for!

Truthfully, I went home and cried. It may be immature, it maybe an overreaction, but it is what I did. Tals and I have been an item for years and I am inexplicably tied to this dog. Next to Will, she is my best friend and I had let her down. At 66 pounds, she was at least six pounds heavier than the vet wanted {and truthfully, she could stand to lose more than that.} And now she had arthritis too? How had this happened? 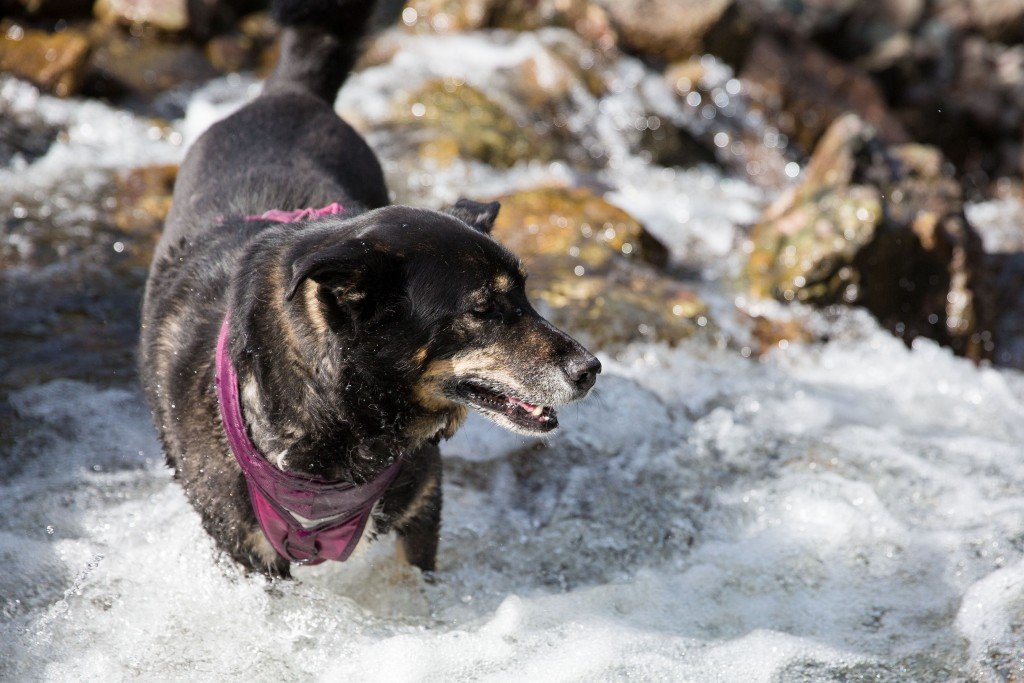 All summer long, I tried to cater to her pre-arthritic conditions. I switched her food to the diet brand. I eased off the long runs and minimized excessive jumping in the house. When she needed to go outside, I took her the easy way rather than using the back staircase on the deck. And when we noticed her limping after long weekends of backpacking, we cut those out too.

In hindsight, we attempted to turn her into an invalid. But in my brain, I was really trying my best to do what was best for her. Funny how that works out, isn’t it? 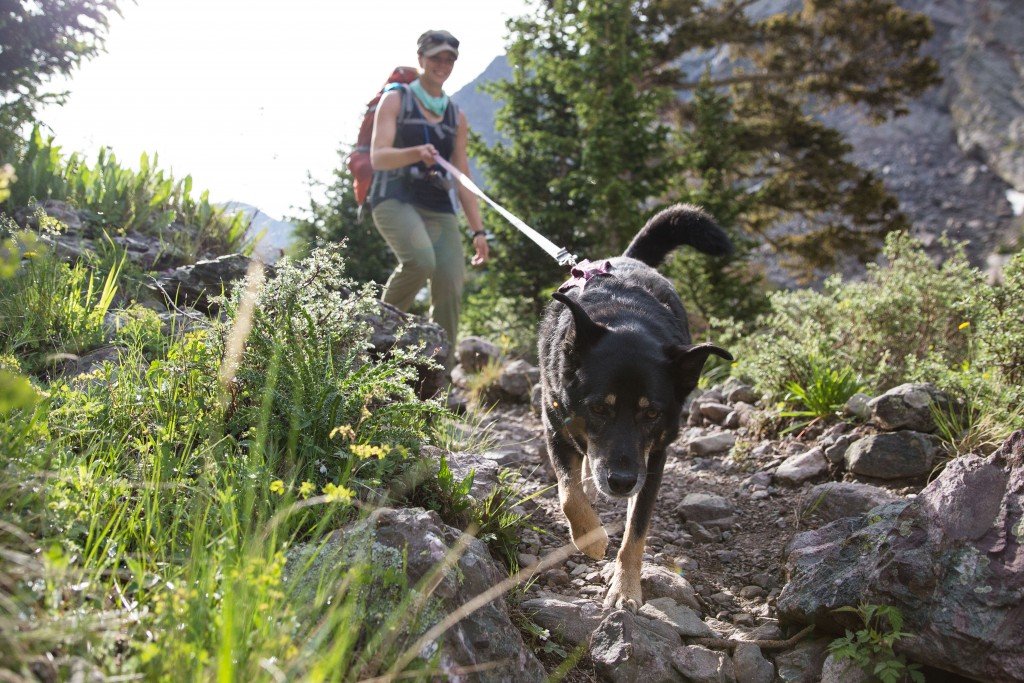 The moment of clarity happened halfway through our honeymoon. We had originally planned at least two or three backpacking trips during our two-week trip. However, when we looked at the distances of most of the backcountry trips on the Icefields Parkway, we realized that they were not Tally-friendly. The distances were too far and/or the topography was too steep. So instead, we opted for multiple day hikes of 3-5 miles each.

We’d find a longer hike of four miles in the morning, take a lunch break while driving to our next spot, and then hike another 2-3 miles in the afternoon. Some days, we would hike one longer six mile trek and let her snooze in the car while we did some roadside sightseeing afterwards. If she looked pooped, we would give her a day of rest but she was always actively recovering as van life is not conducive to sleeping on a pillow all day! 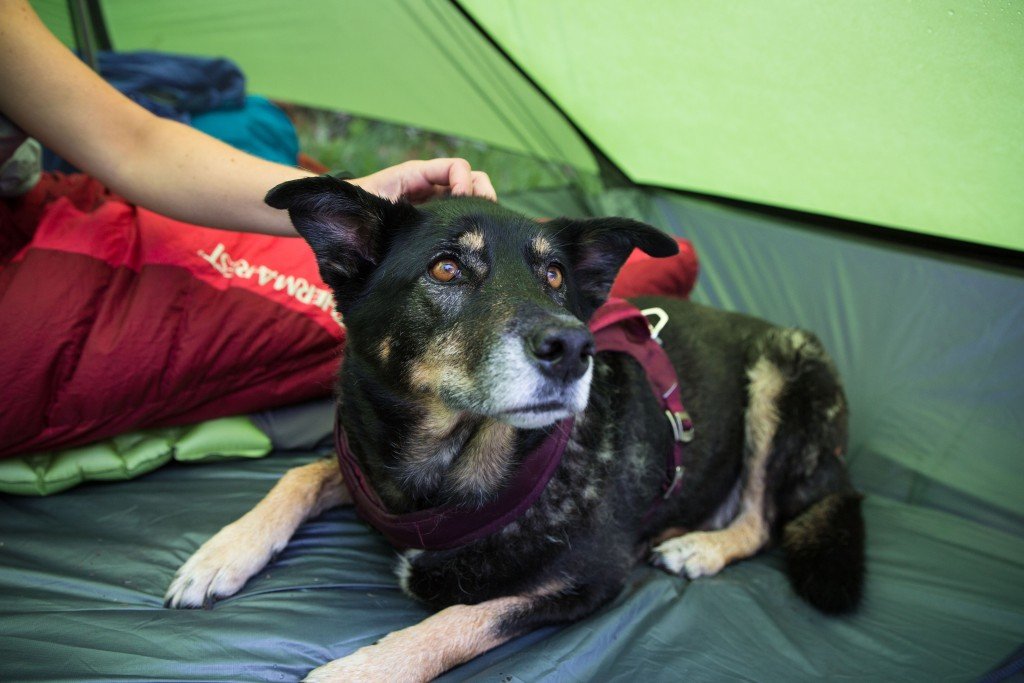 We were eight days into the trip when Will called me over. “Am I crazy or does she look a lot thinner?” I looked down at Tals, peacefully sleeping on our bed, and realized he was right. In just eight days of constant exercise, we had melted off a handful of pounds. We didn’t have a scale, so there was no numeric evidence, but it was obvious. The rolls around her neck were gone and I could more easily feel her ribs through her thick fur.

It was then that I came to the realization that Tally’s weight gain was entirely my fault. She had always been a running dog, but when I began to train for last year’s ultra, she got left behind. I knew double-digit mileage was out of the question, so she didn’t get to come. By the time I returned from my runs, I’d manage to convince myself that a walk around the block was adequate. “After all, she is getting older.” 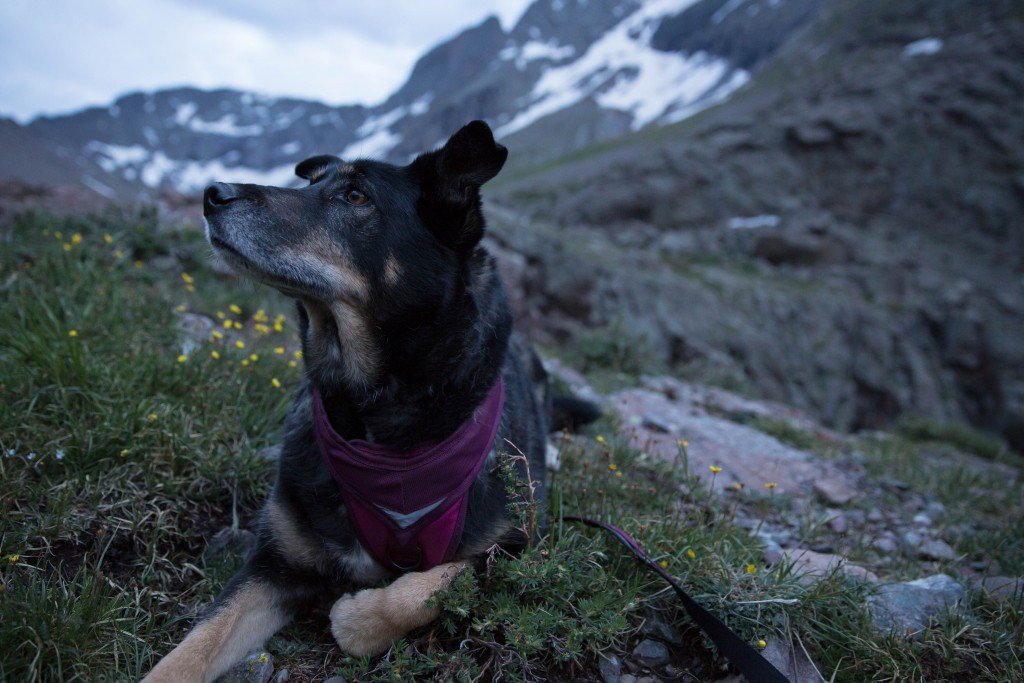 And then, when the vet said she was overweight and arthritic, I continued the unhealthy spiral in an effort to do what was best for her. I saw her limping after long weekends of hiking and blamed it on the difficulty. Instead, I should have realized that she wasn’t getting enough training to work up to that distance. She was sore just like I would be sore if I went from couch-to-half marathon. But instead of helping her make that transition, I left her behind to wallow in her old age.

In all honestly, I feel like the world’s worst dog mother. After ten years together, how could I make such a huge mistake over an entire year?!

We don’t know what Tally’s weight is now, but it is so obviously less than it was at her vet appointment in May. If she was 66 pounds then, I would guess she is closer to 57-58 pounds now. We continued our honeymoon hiking, literally watching the fat melt from her body. And once we returned home, Will and I made a pact to continue her activity. He works long hours so this largely falls to me, but I don’t mind. She has been getting two runs each week of 3-4 miles, and another 2-3 walks of 30-45 minutes. 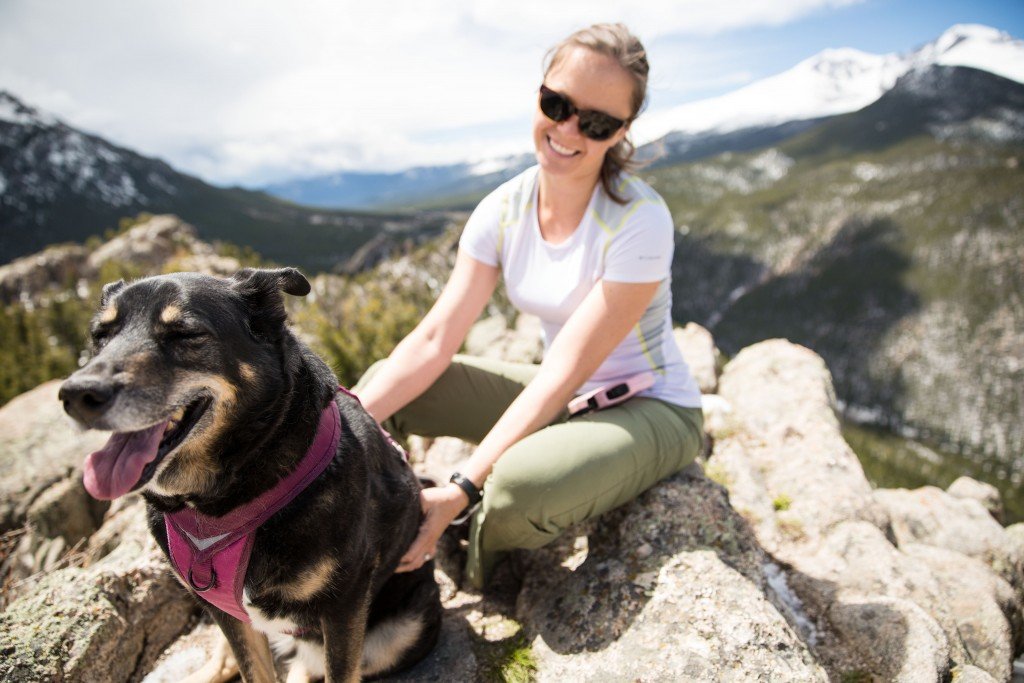 And already, we’re noticing a huge difference! She doesn’t limp after her runs, she doesn’t lay around the house all lazily, and she is always begging to get her leash— just like she used to when she was younger. It’s like my spry pup is returning! I really want to take her back to the vet to use their standing scale, just to mark her improvement, but we haven’t yet had the time. Soon! 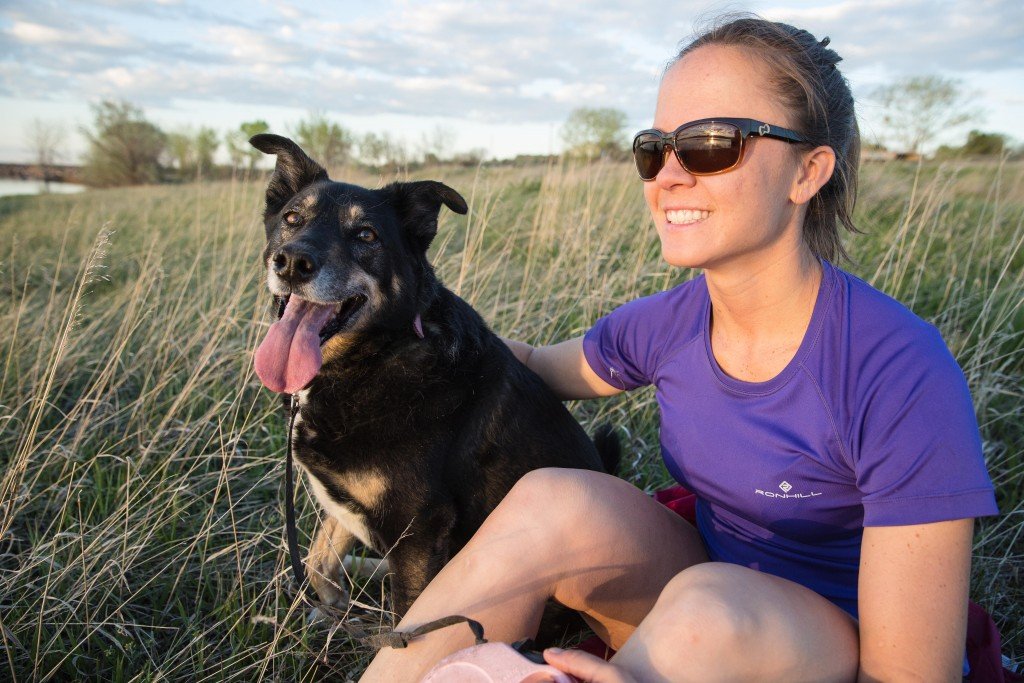 As I mentioned at the beginning, this is honestly embarrassing to type. So many readers regularly email for tips on how to get their dog active, how to hike with their dog, how to run with their dog, and how to camp with their dog. I kind kind of feel like a fraud since I wasn’t exactly practicing what I preached. But then again, none of us are perfect and I’m at least thankful that we caught our mistake early on. Here’s to many more years of Tally-filled hiking adventures!