CrossFit: What Happened to Personal Responsibility?

Ever since I began CrossFitting one year ago, I’ve heard it all. I’ve said it before, but it is one of the most polarizing sports I’ve ever been in contact with.

For the most part, I’m able to ignore the constant barrage of negative comments, criticisms, and uninformed opinions. Like a duck, I let most of them roll off my back. I mean, the majority of people on this planet have a misinformed opinion about something, right? 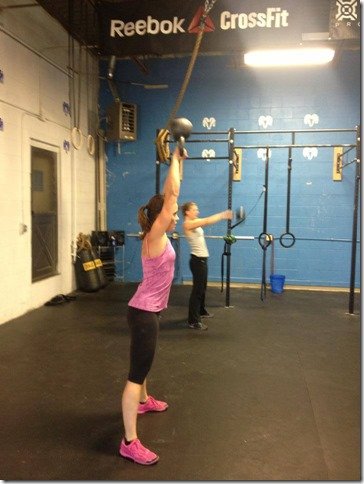 However, the latest and great BS article about CrossFit was released over the weekend, and I feel the urge to offer my two cents. My blog, my rules, right?!

If you take the time, to read the article, this professor (who works at the same university where I received my Master’s degree) essentially links CrossFit to rhabdomyolosis, a rare condition where your muscles totally breakdown due to extreme overuse and exhaustion. It’s scary stuff and can lead to severe kidney damage, so naturally, it’s a headline grabber…which is totally what this author was after.

I don’t feel like dissecting his article because you can read it for yourself and establish your own opinions. However, I have a few takeaway thoughts that I’d like to share with y’all.

The #1 criticism that I frequently hear about CrossFit is that it causes injury from pushing participants too hard. Does it push you incredibly hard? Uh huh. Can it push you to the point of puking? I’ve heard that it does, although that has never happened to me (Ironically, I’ve only ever puked after running workouts…) However, this gets me all riled because I think it is so typical of today’s society: blame someone else instead of accepting the personal responsibility that you messed up.

You’ve heard it a million times, I’m sure, but I’m going to repeat it again: CrossFit is infinitely scalable, meaning you can adjust it to whatever level you are at. That can include adjusting the number of reps, downgrading the exercises, or shaving off a few rounds. If you have a coach that doesn’t want to do that, you’re likely in the wrong place. However, you should never be pushing yourself into rhabdo or into improper form for a zillion reps. If that’s happening, you need to check your ego, calm down a tick, and reevaluate yourself. The sport isn’t injuring you; your inability to make a smart choice is the culprit. 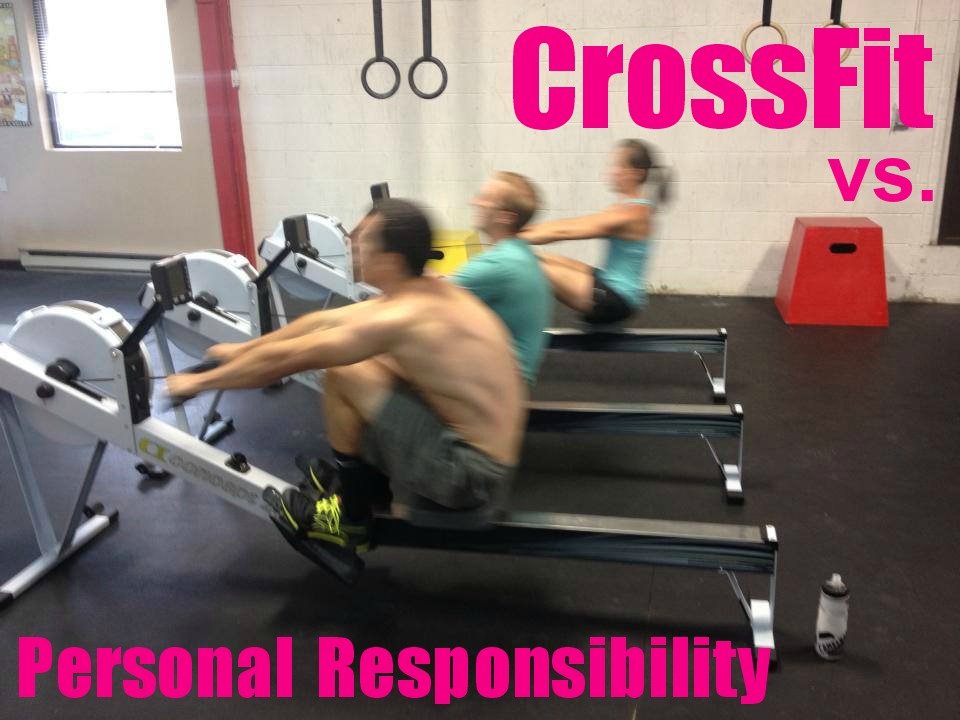 I suspect CrossFit’s incredibly loyal and vocal supporters have disillusioned many people into hating CrossFit, many without ever trying the sport. For example, I see dozens of bloggers who “hate” CrossFit but have never tried it. In fact, I have friends that fall into this category, and I think it’s because they believe the hype and are scared away by the few zealots that won’t shut up.

However, I get a bit twitchy when I hear these same uninformed peeps touting all the negatives of CrossFit, like the injury myth I stated above. Having come from a background filled with dozens of other sports, this one gets me sassy and I feel like it’s becoming a bandwagon thing. Any time a CrossFitter is injured or suffering, a dozen people will take to social media to explain how Satan’s sport has caused this ailment. In a digital era where everyone has a platform, information and misinformation travel like wildfire. I always hear, “My friend’s friend got injured…” but very rarely is it from the first person. Again, just from my experience! 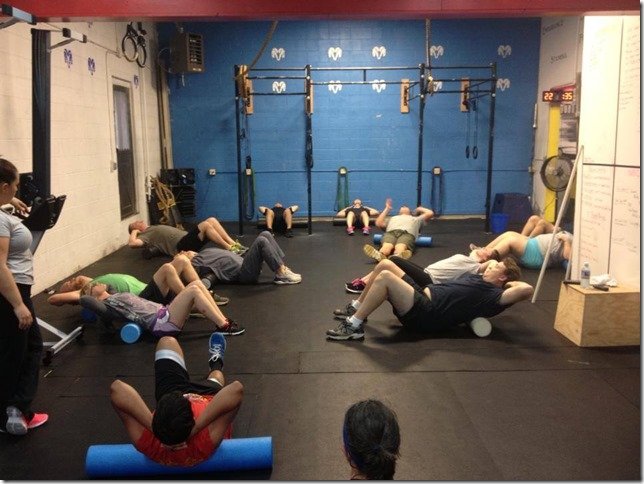 But here’s the other thing: sports frequently cause injuries. Period. And certain sports have a predominance towards certain injuries.

How many runners are absolutely sick of hearing that it will ruin your knees?

Any football players out there with a half dozen concussions as a result of the sport you love?

I know I live with a soccer player who suffered three ACL surgeries before throwing in the towel, and have two other close friends that have four knee surgeries between them. The kicker is that I’m pretty sure skiing causes more knee surgeries anyway, as I learned from my mama who tore her ACL while skiing.

How many ballerinas have chronic foot problems (like me) or suffer from weird aches in their hip flexors from years of bending like Gumby?

My point is not to accept injuries as a part of your chosen sport. Instead, people acknowledge those somewhat-common injuries because people love those sports and they make individuals happy.

Why can we not do the same with CrossFit?

Thoughts? What’s your feeling on CrossFit? Have you tried it?