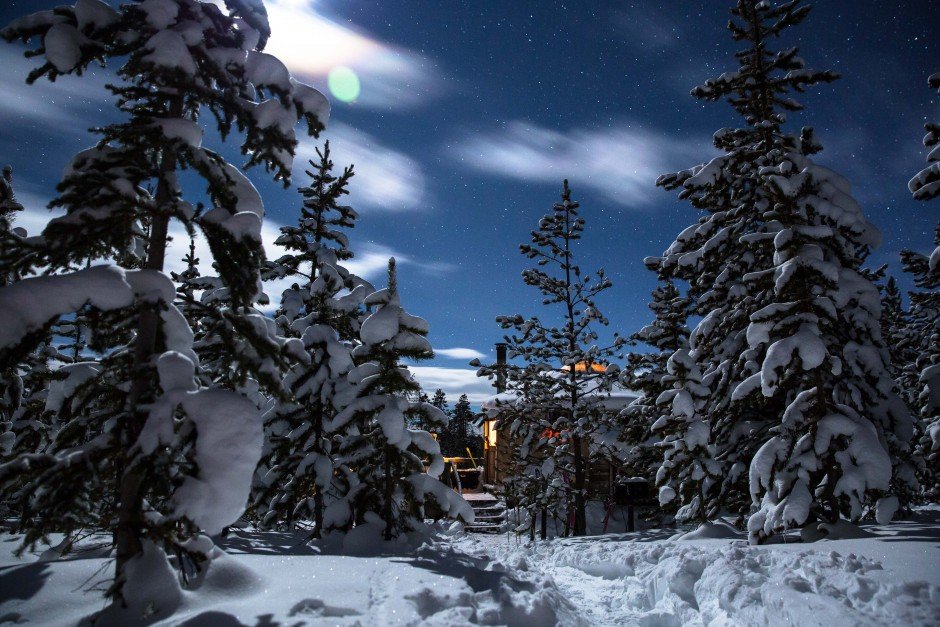 Whew! March is rolling by at a ridiculous speed and I’m barely able to catch my breath. I had hoped to go live with a more substantial post today, but that’s going to have to wait. Until then, let’s catch up on what’s current in my life! 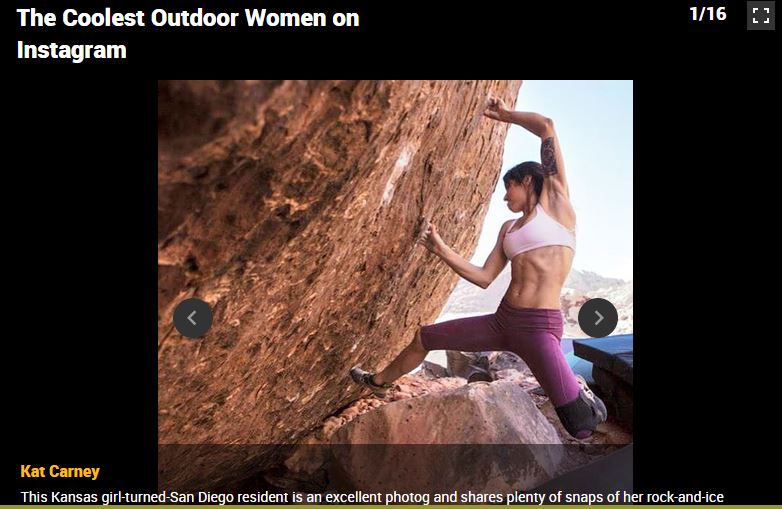 Awhile back, Backpacker sent out a call for pitches on a variety of topics and per usual, I couldn’t keep my mouth shut. In particular, I was psyched to help the magazine celebrate International Women’s Day. I put together a quick piece, honoring the coolest female Instagrammers out there, and it has done shockingly well. Let me tell you though- I had such a tough time deciding on the final ladies! There are so many badass women out there that I wish I could’ve included them all…maybe next time!

If you’re looking for some rad outdoor women to follow, check it out and give ’em a click!

In less fun news, my spine issues are raging again. Truthfully, it’s nowhere near as bad as they were the first go ’round, but the discomfort was enough that I once again sought treatment at Cherry Creek Spine & Sport. My left knee went a tad crazy during the Antelope Canyon race last month {I began feeling severe pain around mile 22} and I just knew it stemmed from my back issues.  So, to Dr. Scott I went!

You know how sometimes you’d rather keep pressing forward with blinders rather than hear the bad news? That’s me. Of course, I’m glad to know what’s going on in my body but the results didn’t make me happy. In a nutshell, here is what I’m looking at:

Compressed vertebrae: There is no apparent reason for this but my vertebrae are continually mashing themselves together, eliminating a lot of blood flow and hydration

A Mild Herniated Disc: Mine is a very minor case, but I apparently have a bulge in one of my discs. All discs are composed of two parts: a mushy interior and a hard exterior. At some point, I apparently injured one of my discs, causing a weak area in the tough exterior. This allowed for the soft interior to slip through the weakened part, particularly causing me discomfort when I sit for long periods of time.

Facet Tropism in my L5: I knew about this from my last bout with Dr. Scott, but it’s an issue that still requires maintenance. Instead of facing forward, parallel with my feet, my L5 vertebrae is turned outwards. As a result, my Psoas muscle awkwardly runs over this vertebrae, becoming more and more irritated. Eventually, the friction causes my Psoas to seize up so badly that it begins yanking on my hip muscles and eventually, my IT band, which is why I felt the pain in my left knee during Antelope Canyon. From running all of those miles, my Psoas became cranky and eventually manifested itself in my knee.

Bilateral Pars Defect with Spondylolisthesis: Again, this isn’t entirely news to me but the situation has become a bit worse. Every vertebrae has two little bridges on the top and two little bridges on the bottom, helping that vertebrae connect to the next vertebrae. These “bridges” are called pars interarticularis, but are commonly shortened to just “pars.” At some point in my life, I cracked one of those pars. Dr. Scott said it tends to happen in people who arch their backs a lot, and it trends more towards gymnasts, yogis and dancers. Since I spent the first 20 years of my life as the latter, there is a good possibility the crack happened then.

Unfortunately, this can also lead to a condition called spondylolisthesis, which is where I’m at right now. Because the pars are cracked, the front part of the vertebrae is no longer restricted in its movement since it is not connected to the back half. This can lead to a forward migration of the front part, leading to enormous pressure in the lower back.

Sounds fun, huh? Truthfully, the medical jargon makes all of this sound a lot worse than it is, although the situation isn’t exactly what I hoped for. The good news is that all of these conditions can be helped or maintained with frequent visits to Dr. Scott. Right now, I see him every four weeks for ART therapy to release my Psoas and non-surgical spinal decompression to put some space back in between my vertebrae. I have some PT exercises that I do a handful of times per day, hoping to relieve some of the pressure in my lower back.

I did ask Dr. Scott if any of my activities needed to be cut from my life. I was dreading asking this because I feared the answer, but it wasn’t as bad as I expected. He told me that, in essence, everything is bad for my conditions: running, CrossFit, skiing, hiking, cycling, etc. Everything. However, he agreed that cutting all physical activity would be worse for my body, so instead, we’re going the treatment route to continually offset the damage done by my daily life. He also told me that if I ignored his treatment advice, there is a good chance I’d end up with degenerative discs one day. This, my friends, terrified me! I only have one spine and I’d like for it to last the long haul, so I’m doing everything he suggests. Thus far, his treatments have worked wonders on me so I completely trust his advice. 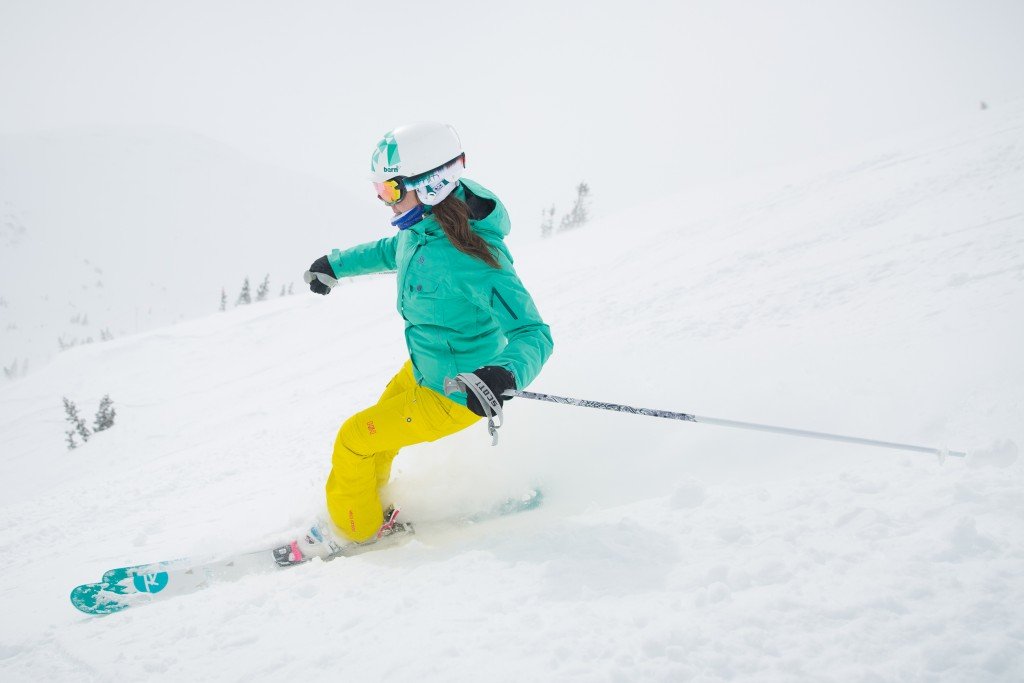 We spent this past weekend on a backcountry yurt trip in the Never Summer Wilderness {more to come later this week!}, and I took the opportunity to try out Will’s pulk sled.  He typically uses this instead of a backpack when we do multi-night winter trips, making it easier for him to carry more of our belongings. However, I’ve noticed that a heavy pack doesn’t make my compressed spine feel amazing the next day, so I opted to drag the sled into the yurt myself. The chest harness was a tad big {apparently Will has more muscles than me? Who knew!} and the sled took some adjustments on my part, but it was a resounding victory. My back feels amazing today with zero pain or stress fromthe weekend. I know that I won’t be able to use a pulk sled during the summer, but after this single experiment, I am definitely a convert for winter trips!

A Twitter follower with an amazing memory asked me how my “100k of vertical gain in 2015” challenge was going. My friends, I can’t lie– it’s been rough!

As of now, I’m sitting at just around  10k which is not where I should be since we are a quarter of the way through the year. After Antelope Canyon, I was so sick of data while I ran and hiked that I just quit taking my watch. I enjoyed the “naked running,” but it also meant that I had no way of tracking my elevation gain. Eventually, I missed the goal and reconstituted my challenge, but I did miss three weeks of data. Le sigh.

I waffled for awhile, debating whether or not I wanted the pressure of continually tracking data for the next nine months. In the end, I decided that I do want to attempt this goal! Sure, it may be even tougher now that I’ve blown three weeks of data, but it could be worse; I could’ve wasted even more! I also figure that my big months are ahead of me, and I’ll be kickstarting my renewed campaign with vigor this weekend… 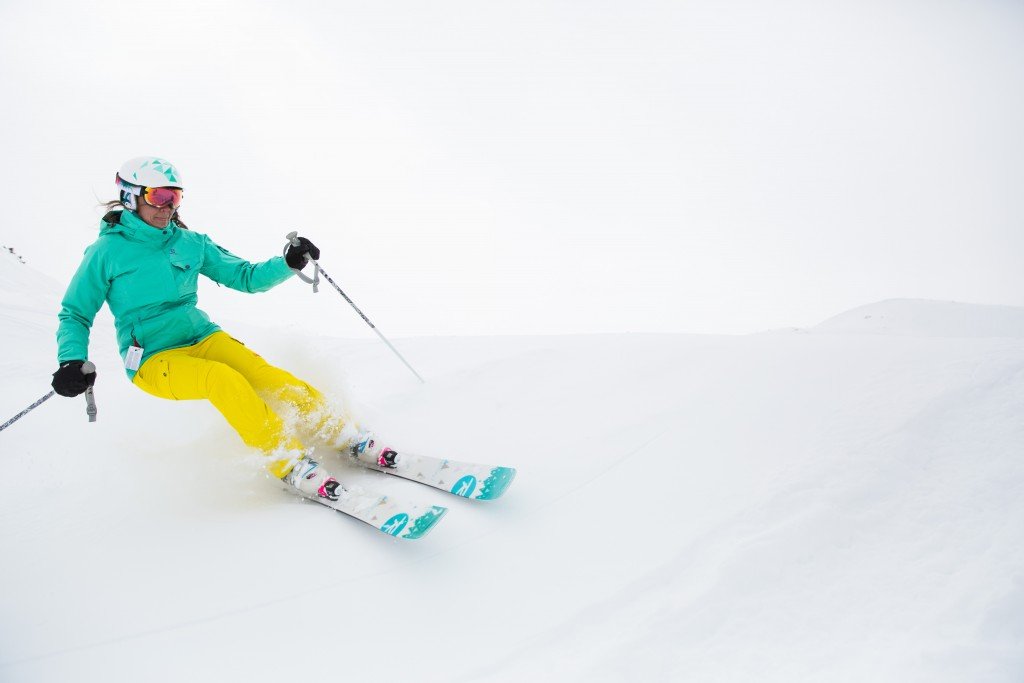 Because Will and I are finally going to attempt to ski a 14er this weekend! This has been a goal of mine for a very long time, so I’m excited to give it a shot. We’ve chosen Quandary Peak, a simple 14er outside of Breckenridge. I’ve spoken to quite a few ski mountaineers and they’ve all highly recommended it for a first try. The standard approach makes for a basic ascent and there are a handful of descent options, ranging from beginner to expert. We’re hoping to tackle the easiest descent route, just to be on the safe side. In all honesty, I’m a tad nervous about the climb: it’s an easy 4,000 feet of elevation gain {which I’ve never done on skis}, but it’s also at high altitude with some downright cold temperatures–nothing like my spring and summer ascents!

Coalition Snow: No More Shrink It and Pink It