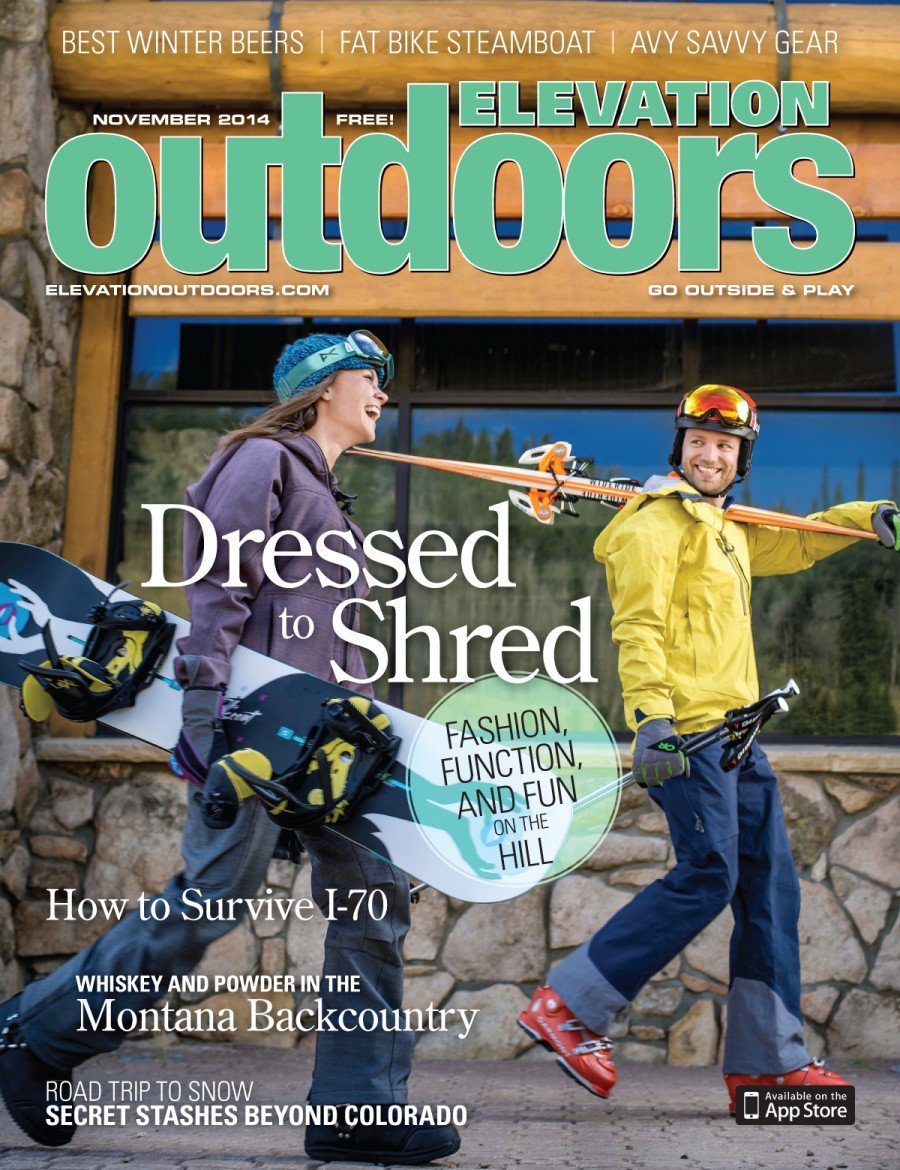 From time to time, I think it’s important to catch up on life outside of blog world. You know what blog world is, right? The image we all choose to portray to the rest of the world? I obviously try to keep most of my posts aimed at the outdoor world, but occasionally, I like to give y’all a glimpse into the inner workings of my daily life. I love reading these posts on other blogs, so why not try it here?

The Day Job:   Things are winding down on the landscaping front and today’s snowy, frigid temps sure helped speed up the process! We traditionally close the Wednesday before Thanksgiving, but it’s looking like this so-called polar vortex bumped back the end of our season. Hopefully we can get the company closed during the first few days of December; I’m ready to be done! I realize most people work more than nine months per year so I try not to be annoying with my excitement, but I can’t help it! Once we close, I can devote more time to writing and catching up on life in general. Who wouldn’t like that?!

Writing: I’ve been fortunate in this aspect and have been been working hard on various projects. I’m still contributing over at Sierra Trading Post’s blog {side note: they just gave me a 30% off coupon code to share with anyone! If you want to start Christmas shopping, let me know and I’ll send you the code!} but have also added Liftopia in the mix this season. I pitched an adaptive athlete series since it is a passion of mine. My Beginner’s Guide to Adaptive Skiing went live a few weeks ago, and I should have a new post going live today. I interviewed four fantastic adaptive skiers who come from a variety of backgrounds. In short, their stories are incredible! Reminds me why I love working with this demographic; there is no shortage of inspiration. 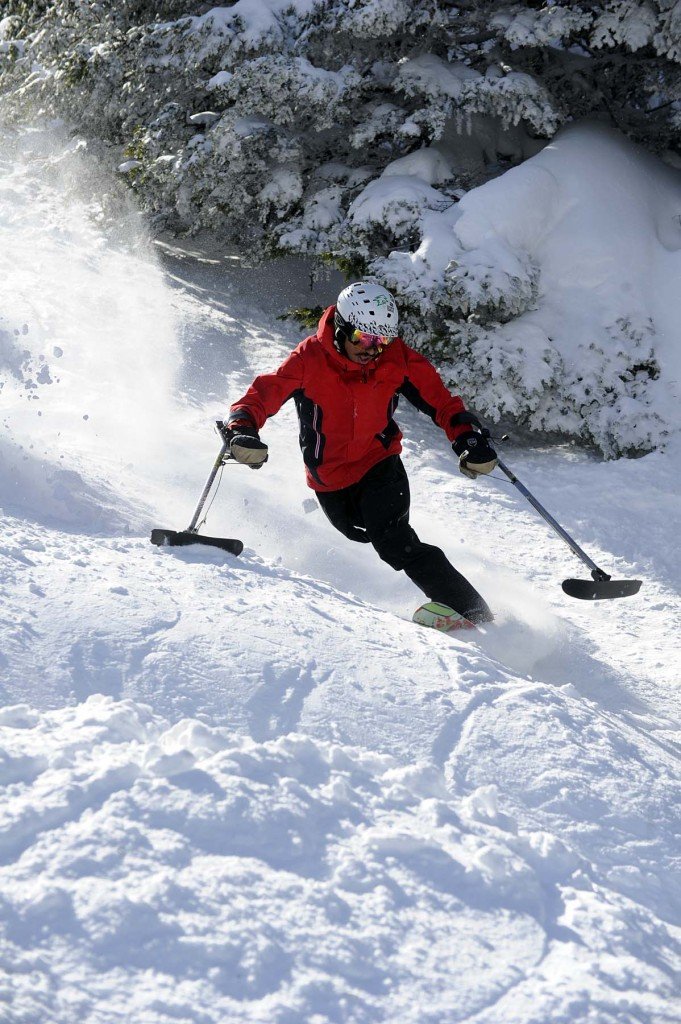 Vasu Sojitra, one of the adaptive athletes I interviewed. Photo by Jeb Wallace-Brodeur. Vasu’s adaptive backcountry film “Out on a Limb” is coming out soon.

I also registered for the Winter Outdoor Retailer show last week! For those of you that don’t know, I snagged the snowshoe section for Backpacker magazine last season. The Fall Gear Guide is currently on stands and if you thumb through it, you’ll see my snowshoe reviews. One of my picks even nabbed an Editor’s Choice Award, which is a huge deal! {If you’re curious, the award went to the new TSL Symbioz snowshoes.} I recently spoke with the editor and I’m signed on again for the next gear guide also, so I’m really looking forward to OR.

Upcoming Projects: You’re about to get a whole lotta vague coming your way! Y’all, I have some fantastic upcoming projects in the works but per usual, I can only say so much. In particular, I’m very excited for two. I’m partnering up with both an outdoor company and a magazine for a mini-adventure in December, and it promises to be a lot of fun. I continue to be astonished by the insane opportunities this blog brings me!

Secondly, I am in the early stages of a major project that y’all will likely read about ad nauseam once it goes live! I hope to have a big announcement within the next few weeks, but to give you a major cliffhanger: I’m making an adventure film!

Personal Life: I’m sure y’all remember when Will shocked the hell out of me with a surprise engagement trip?! I haven’t said much but we are in the throes of wedding planning. Truthfully, I doubt I will reference it a lot because our wedding doesn’t have anything to do with the outdoors, but I’ve received tons of questions lately. In fact, one concerned reader asked if we were still getting married! 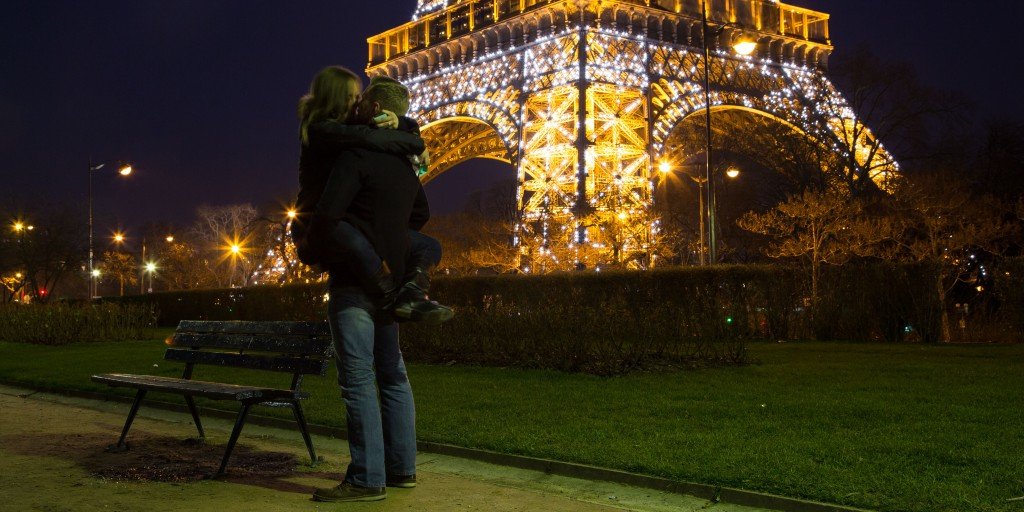 This photo still makes me smile!

At this point, we haven’t done much but we’re slowly getting the ball moving. We’ve picked a date–September 5, 2015– and a location. I’ve always wanted to get married at my parents’ property in the mountains, so we’ll be doing a very rustic ceremony/reception over there. Knowing that we didn’t have to compete with others for our chosen location on a specific date has made these early months a lot simpler! We also shot our engagement photos a few weeks ago, and they came back yesterday. Love them! I may share one or two later, but I want Will and family to see them first.

I’ve chosen my bridesmaids and I’m convinced that I will have the most stunning bridal party on the face of the planet; they’re all so gorgeous! {And this is not me exaggerating!} My sister is my maid-of-honor, and I have four additional bridesmaids: Will’s two sisters and my two closest friends.

Will and I also hammered out the details for our bachelor/ette parties. As Will says, we’re both too old for “hookers and blow” so we knew that neither of us would go the traditional route! Instead, we rented a big house in the mountains for four days and invited some of our closest friends for a ski week! I’m sure I’ll go out with the gals one night for a big evening in the mountains, but I’m just looking forward to spending time with everyone. Getting to ski all week isn’t too shabby either! 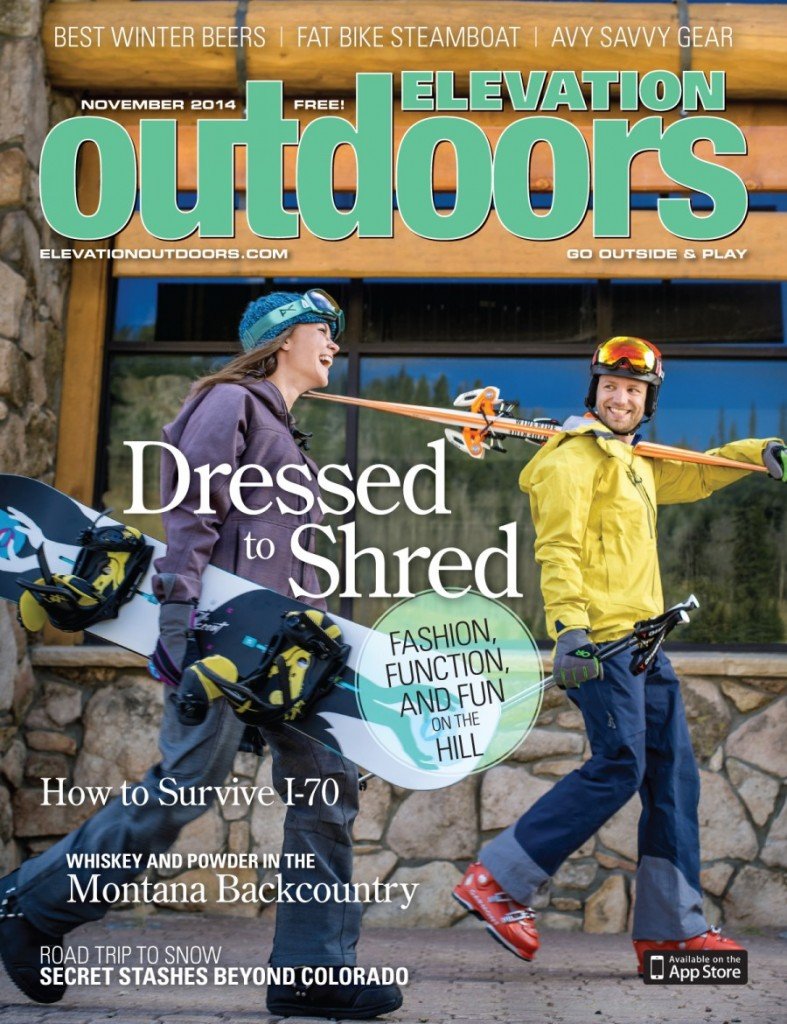 A few weeks back, our friends at Elevation Outdoors asked us to join them for a bit of modeling for their November issue. Somehow, Will and I managed to both land on the cover and on the inside for the “Dressed to Shred” article. 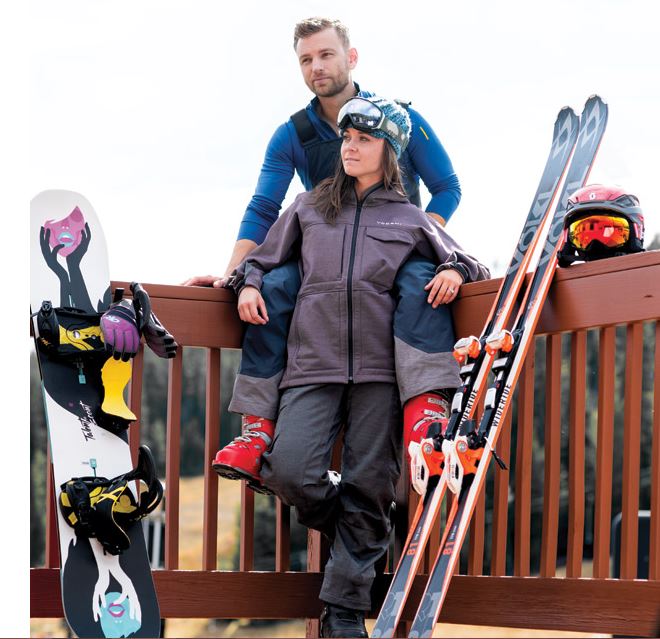 Although this was my modeling debut, I’m not so sure I’ve got a future in this! Those serious photos above?! The photographers kept telling me to stop smiling! How do people act all serious when they’re standing around in ski gear in 95 degree weather? {And for the record, I still don’t snowboard….but the female gear required was snowboarding gear, so I figured it out. I will say that you boarders win in terms of comfort!}