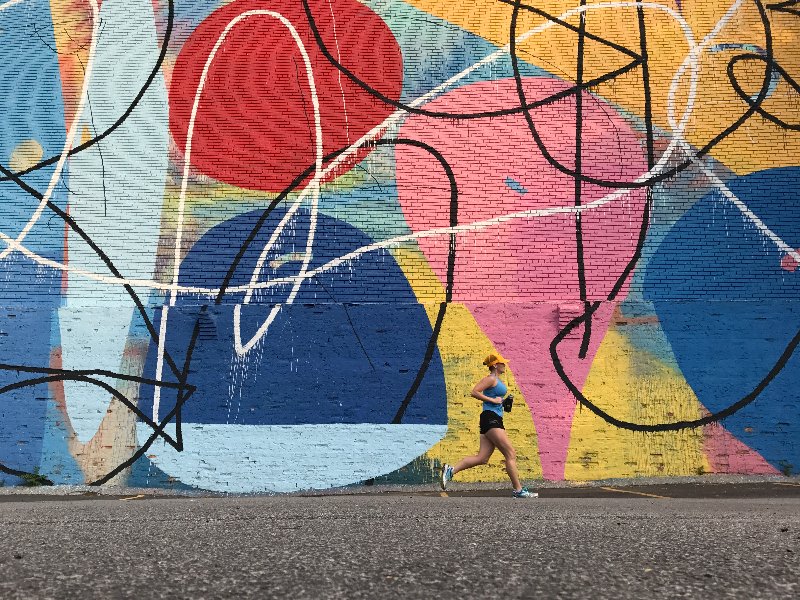 Welcome to #JustAnOutdoorGal May! This month I had the wonderful experience of talking to Heidi Henry, a runner, avid trash picker-upper, and long-time vegan.

While there are parts of Heidi’s current lifestyle that are rooted in her childhood, her running career is a testament to the fact that you don’t have to have run as a kid to enjoy running success as an adult.

Heidi began running in 2007. Immediately, she discovered that it was a struggle. Running didn’t come easily to her in the way that academic success had before. Unlike other endeavors, running was difficult for Heidi. But, rather than growing discouraged, Heidi saw an opportunity for growth. 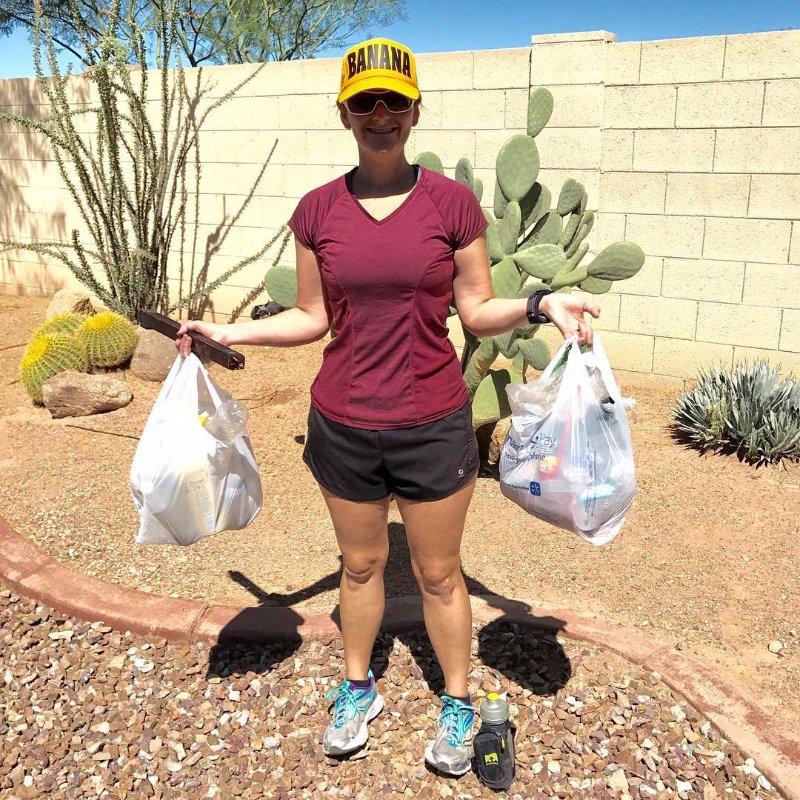 Heidi sees running as a way to better herself. Every step forward enables her to work through an obstacle and make small gains in her own life. As an individual with anxiety and OCD, running helps her make order out of her own life.

She strives to make small changes in the spaces that are accessible to her, and running is just one of the things that enable her to do that.

Running also enables Heidi to help change the world around her by picking up trash that she sees on her runs. Every day, she takes a reusable bag {or uses bags that she picks up off the side of the road} to collect any trash that she sees while jogging around town. Heidi’s been doing this for a couple of years now, but this year, she opted to try something different. For 2017, she focused on the math and has been adding up the trash as she goes. So far, her count hovers near 6,500 pieces for the calendar year, and that number is only going up! 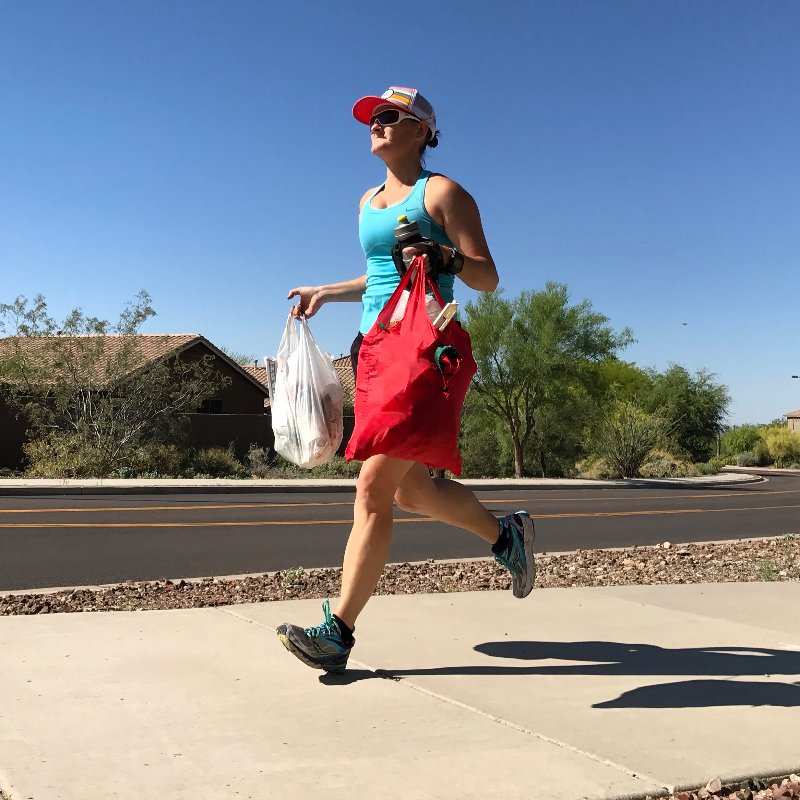 {It’s hard to stay positive about it when you consider she is picking up trash, right?!}

Heidi loves to spend time outdoors and runs outside year round. She chooses to collect trash during that time because she wants to do her part to protect the resources that she enjoys. To that end, conservation has always been important to her. 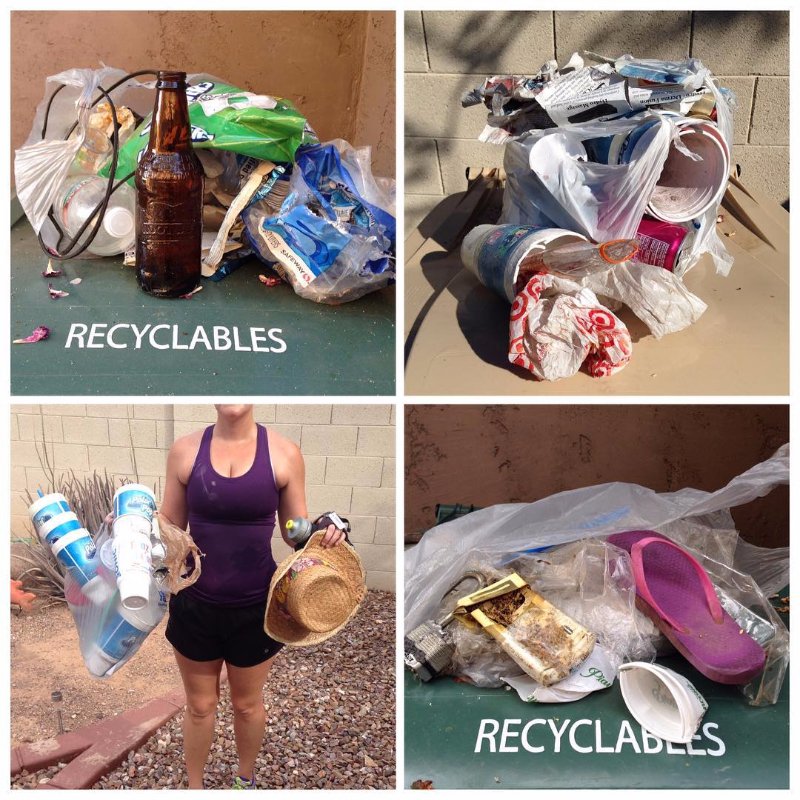 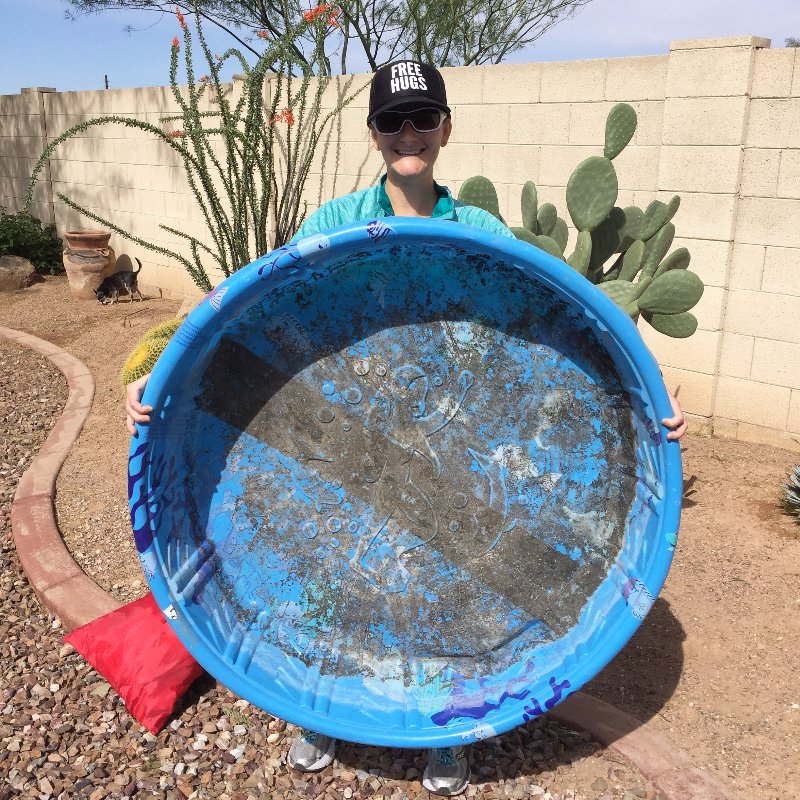 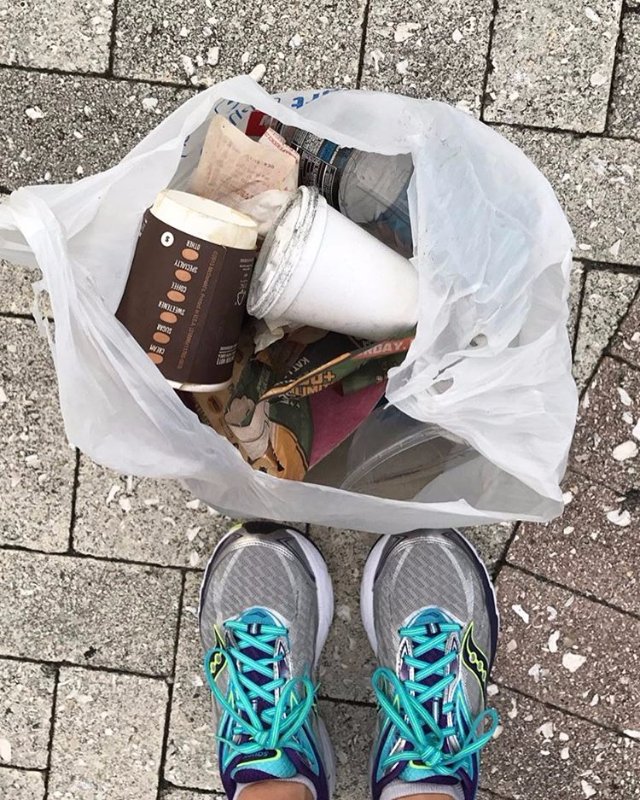 Some of the trash Heidi has found on runs….including a kids pool she lugged back!

Her interest in the environment started when she was a kid and developed via her love for animals. She always wanted to take care of them and that feeling morphed into a deep appreciation for the earth. Of course, Heidi’s love for animals didn’t drop off! To date, she still houses a menagerie of animals including four dogs, two cats, 3 tortoises, and a tree frog.

Environmental conservation and protection of natural resources is a daunting topic, especially in this political climate. However, each of us can take small actions in the spaces around us. So often, we look at a bigger problem and fail to act because we can’t immediately do something GIGANTIC. Heidi tackles the problems bit by bit which adds up to huge amounts of change. 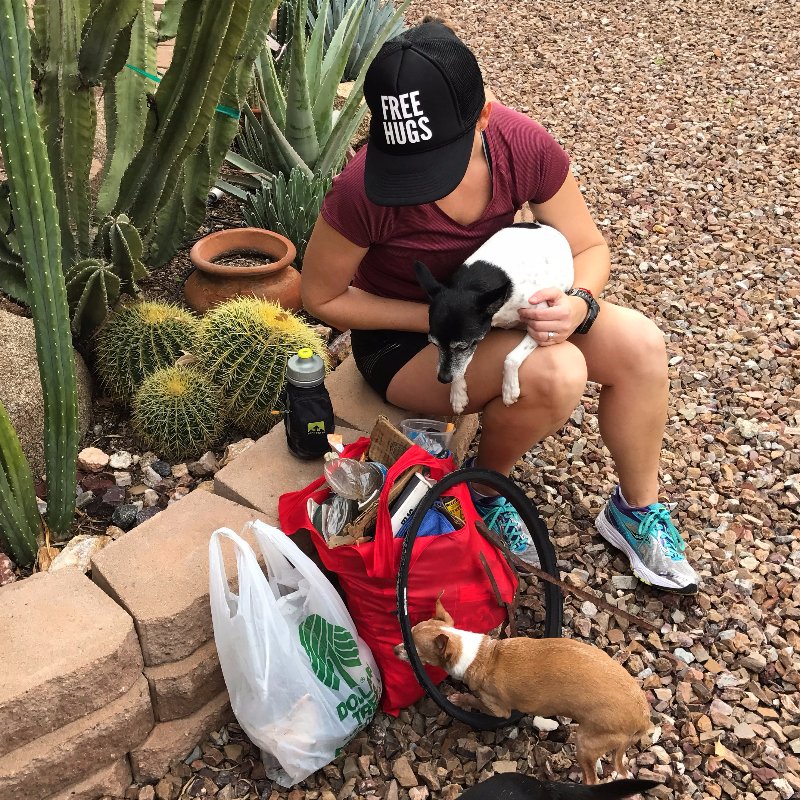 With a few of her fur babies

Heidi makes an effort to ensure that her personal choices are in alignment with her own personal values, and her story offers some inspiration for how we can do the same. We all have opportunities in our own lives to identify what we value and take actions accordingly.

As a runner and conservationist, I was inspired by my conversation with Heidi. If you’re interested in learning more about Heidi’s activities, or connecting with her, you can check out her Instagram profile here.

Anagha Bharadwaj has a life-long inability to choose just one hobby. As a result, she enjoys running, swimming, biking, and hiking (but no triathlon-ing…yet). She currently lives in DC, where she loves to read books, explore the city on her bicycle, and {in her spare time} attend law school. She’s almost a yoga instructor, and enjoys reading about the mental aspect of yoga, and yoga theory. She's an activist, whether that takes the form of pro-bono legal work, or screaming for justice outside the White House. She's passionate about racial justice and reproductive justice, and hopes to be a public defender fighting for these rights someday. She loves contributing to #JustAnOutdoorGal because she has been made whole by communities of glorious, vibrant, resilient, incandescent woman, and they deserve to be celebrated.

Backpacking 101 In The Wild