The Evolution of the Dirtbag

Dirtbag {via Dictionary.com}: a dirty, unkempt or contemptible person

Dirtbag {via Urban Dictionary}: A person who is committed to a given (usually extreme) lifestyle to the point of abandoning employment and other societal norms in order to pursue said lifestyle.

This concept of a dirtbag has been rolling around in my head for a year or two, but I didn’t really know why. And then, it hit me while on the OmniGames trip in Park City:

Being a dirtbag has become…cool!

Naturally, I’m not talking about the old-school definition of the word and instead, am referring to the more modern, almost-revered meaning where an individual leaves society in order to pursue some outdoor love. You see, I get this idea….because I did it myself. 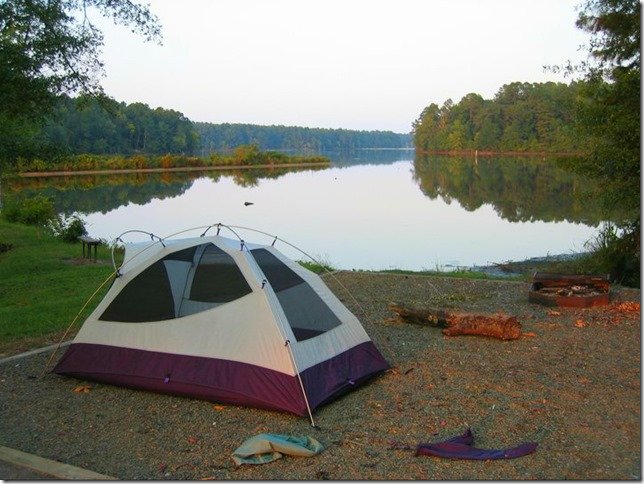 Longtime readers likely remember this but for those of you that are new, here’s a story for you: I was once a dirtbag myself! Way back in 2005, a friend and I decided to leave our post-collegiate lives and pursue adventure, both domestically and internationally. We terminated our lease, sold every single belonging {including our cars!}, and quit our first professional jobs. We packed our belongings down into one small backpack each, hopped on our road bikes and pointed our wheels to the east.

{You can check out more stories of our cycling adventures here, here, here or here} 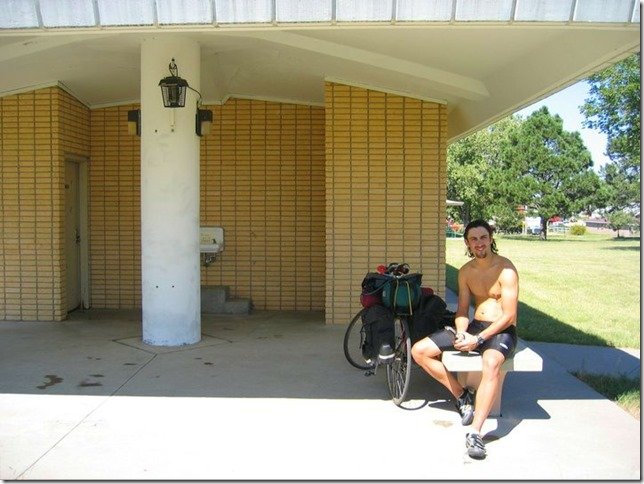 There is nothing quite like finding a public shower in a city park! 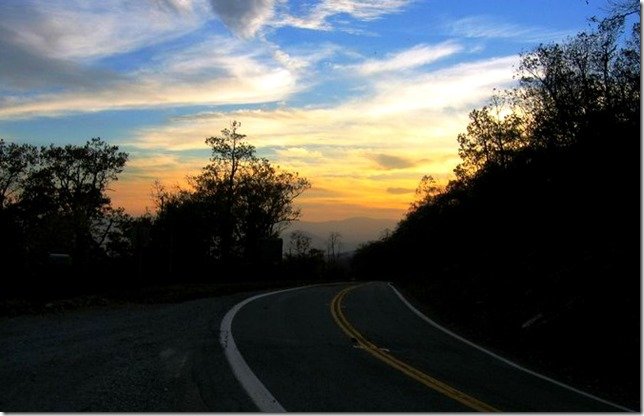 We were riding through the Appalachians and the sun began to set. We quickly realized we needed to find a place to sleep….so we chose that dirt patch on the left side of the road!

We spent 4.5 months cycling around the US, only traveling where we could pedal and sleeping in my tent every single night. We didn’t stay in campgrounds and instead, crashed in various parks or abandoned areas. After all, budget was of utmost concern! We each had four outfits—a warm and cold cycling outfit and a warm and cold “real world” outfit—and that was it. Y’all, this was even before cell phones became a big deal so we barely had one of those. I would call my parents once a week at best, assuring them that their daughter was still healthy and alive, but that was about it. Twitter? Facebook? Instagram? Never heard of them! These new fangled things called blogs had just popped up on the web, so I did start one of those……and you’re looking at it, almost ten years later! 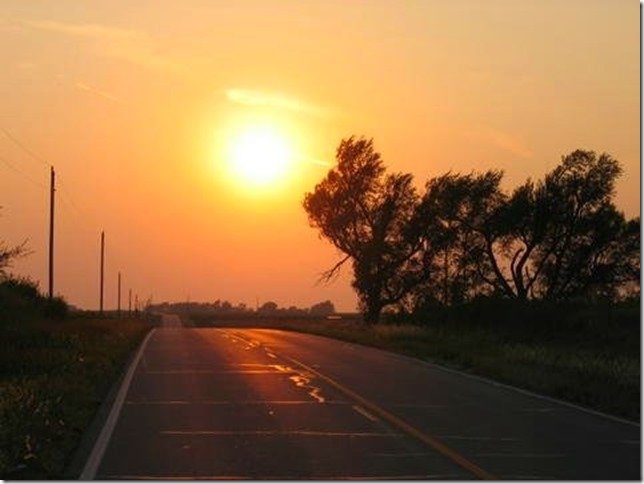 The open road in Kansas

After the cycling component, we headed down to South America where we spent another year traipsing around the continent. We stayed in filthy hostels, all in order to save a buck, and crashed in our tent whenever possible. When my one pair of jeans shredded past the point of recognition, I “gifted” myself a new pair for my birthday. After all, who needed more than one single pair of pants?! And makeup? Psssh, I had worn enough of that during my dancing years. I was fresh faced and waaaaay too au natural!

Fast forward almost 10 years, and we arrive at the reason I’m sharing these stories. Back then, I truly felt like people thought we were crazy! I never met a single person who understood why we were living in a tent, and I can’t even count the number of people who thought we were certifiable for giving up our jobs. You see, my friend had a government job with NOAA and I worked for a successful PR company with a side job as an assistant editor for a trade magazine. For 23-year-olds, we were doing pretty well…. so we must have been insane or sick to give everything up, right?! 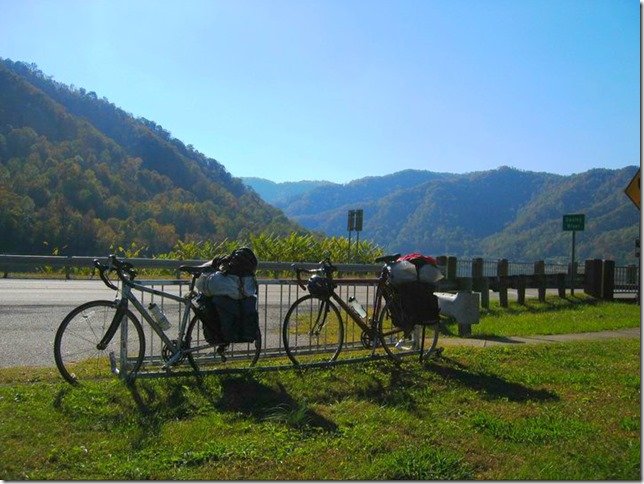 These days, I don’t feel like the shock and awe would be so dramatic. Off the top of my head, I have a handful of friends who are choosing to live the same way, and although none of them live in tents, they all reside in various van reincarnations. However, my favorite part nowadays is the reaction I see from people. When my friend Katie decided to travel the country in a big yellow van, seeking out all the best climbing sites, I noticed people were encouraging, if not envious. Beth, a fellow Omniten-er, resides in an RV with her husband and dog, traveling around the country, and people are fascinated with her lifestyle, and again, totally jealous. My friend Steve just embarked on a new adventure when he purchased a minivan {or house-on-wheels} so that he can travel the country, searching out the best backcountry powder for shredding. He’s currently crashing in our guest room upstairs but thus far, he is loving his adventures and looking to the upcoming weeks.

My point? Being a dirtbag is the new black. There are even hashtags on Twitter and Instagram that showcase the 21st century’s love for the freedom of the open road. If you don’t believe me, go check out #VanLife or #Dirtbag, and you’ll see proof! People even flaunt the dirtbag hashtag with pride when they share photos from their mellow, two-hour hike in Boulder. Does that truly warrant dirtbag status? I’m not sure, but people sure love to use it!

How did this happen? There is a large part of me that wishes my adventures took place a decade later so I wouldn’t have needed to deal with such extreme skepticism and fear. But then again, it was all a part of my experience and I wouldn’t change that for anything! However, the popularity of the dirtbag concept is still a mystery to me. Did society just decide to scrap everything and try something new? Was it a gradual evolution? Are we just more accepting than we were 10 or 15 years ago? Regardless, I love it. I think living on the road is something everyone should try at least once in their lives!

Thoughts? Would you ever do the “dirtbag” lifestyle?

How Do You Know When You Shouldn’t Be Skiing?

How To Become a Dirtbag: The Details