Hey y’all! How was your holiday weekend? I had intended on blogging at least once while at my parents’ cabin but I accidentally left my laptop with Will. You see, he drove me to the cabin and dropped me off with my parents before heading to Arizona to meet up with his fam for the holiday. Since my computer was safely nestled underneath the front seat of his car, I was happily without technology for four days.

Not a bad thing at all! 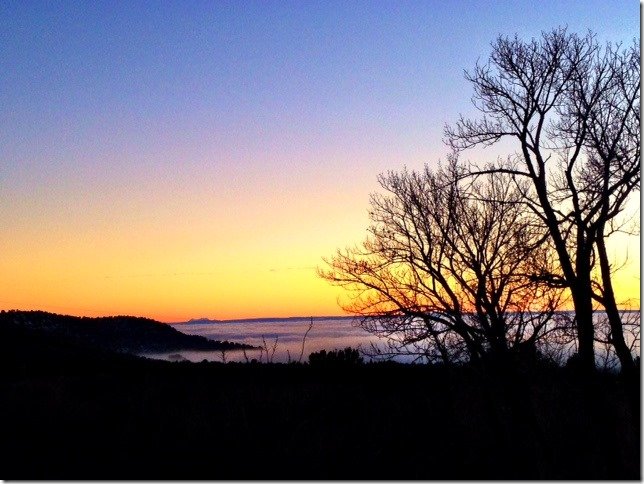 Sunset from the back deck. This massive cloud of fog descended on the valley below and slowly crept up the Mesa. It seriously looked like an ocean!

I know I’ve said it a million times, but I absolutely love heading to my parents’ cabin. It’s located on the Grand Mesa which is this rarely-visited area on the Western slope. The outdoor opportunities are endless yet the trails are largely deserted, so we always have a spectacular time. The cabin is located halfway up the Mesa so we can literally turn left from the driveway, head up the hill for a few miles, and head into the most beautifully isolated woods. My cell doesn’t even get service there, so my only means of communication are by attaching my phone to their WiFi. Obviously, I did this so I could text with Will, but other than that, I spent the past few days blissfully unplugged.

Unfortunately, I also spent the past 72 hours sick as hell! My parents and I had a bit of a wine binge on Wednesday night after I arrived, but I wasn’t expecting to wake up on Thanksgiving morning with swollen tonsils, a sore throat and a head filled with pressure! I thought it was something I could easily kick, so I still strapped on my running shoes for a hill climb run straight up the Mesa. After 1.75 miles and 600 feet of gain, I decided to call it and turned back around. We all did the turkey-and-cranberry-sauce thing, but I woke up on Friday feeling worse than ever. I was bummed to send my parents to the summit for a day of snowshoeing while I hung out in the rec room, watching movie…after movie…after movie. Ugh.

Having said that, it was still wonderful being able to relax! I can chill out like no other when I’m there and I seriously relish my visits. Will drove back on Friday night and we managed to get a quick snowshoe in with Mom and Dad before we drove back to the city. The kicker? I still feel like crap! 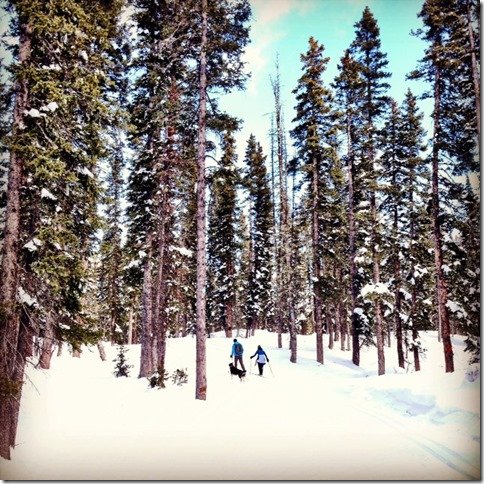 Mom, Will and Tals forging ahead on their x-country skis while Dad and I hung back on our snowshoes 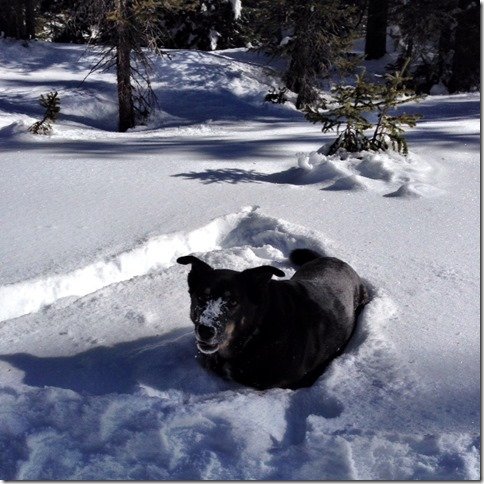 We spent Saturday night lounging on the couch watching this bizarre movie on On Demand called Cloud Atlas. Have y’all ever heard of it? It’s this 3-hour epic saga of a movie with tons of special effects and Tom Hanks and Halle Berry in half a dozen roles. We had no idea what to expect but it actually wasn’t that bad! Sunday was my last attempt to get mobile yesterday but quickly realized THAT wasn’t happening, so I spent the rest of the day baking. I found this awesome recipe for chocolate mocha peppermint cupcakes and they are freaking delightful! 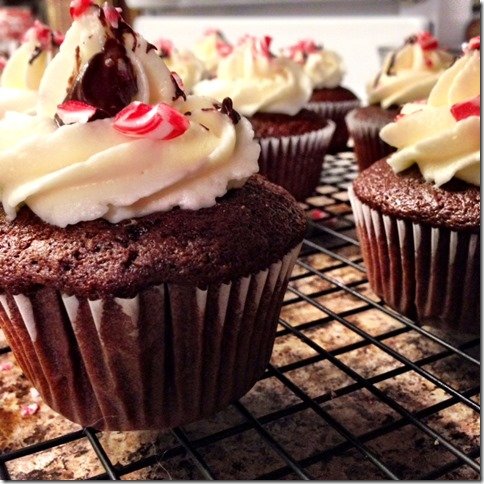 Seriously, so good. So, so good.

I already notified her, but the winner of the custom Reebok shoe giveaway was Jen at Running With The Girls!

How was your Thanksgiving? What were you up to this weekend?

Skiing and the Grand Mesa