Help Tally Win the Trip of Her Lifetime!

Eight years ago, I walked into a Denver animal shelter, searching for a roommate. I had recently returned from a year in South America and was struggling to adjust to life back in the States. Moreover, my long term relationship of five years had abruptly ended, leaving me in a bit of a rough patch. I’m sure that’s not the ideal time to purchase a puppy but I didn’t care. If my life was already in turmoil, why not add even more chaos?

I immediately set eyes upon an adorable brown puppy. He had blue eyes and a vivacious personality. Tals was on the other side of his kennel, staying as far away from the energetic puppy as possible. In retrospect, I now know she was setting a trap to lure me in. 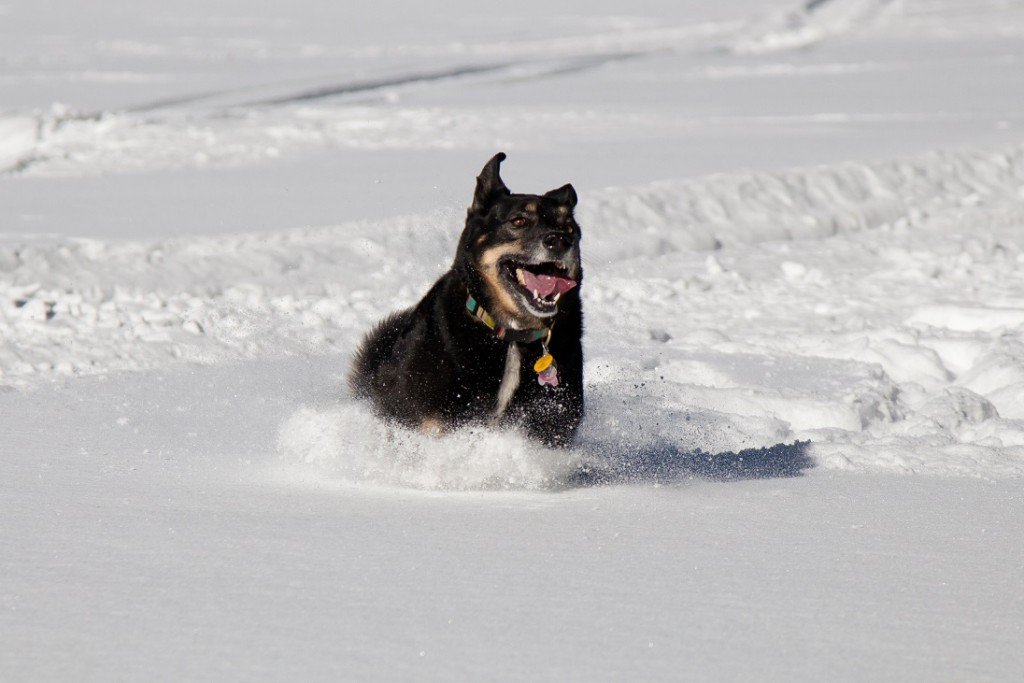 I met this brown puppy in the “meeting room,” the area where potential owners hang out and play with their prospective puppies. I was allowed to take two dogs into the room with me, and I felt guilty about leaving Tally in her cage alone. Sure, I knew I wanted to take home the brown puppy, but why not give that other dog a little playtime too?

I walked into the meeting room and immediately, the brown puppy bounded over and skidded into my shins before ricocheting across the room. I laughed at his endless energy; his vivaciousness was just what I needed! I glanced over in the corner and saw Tally politely sitting in that straight-back way of hers, watching me intently with those caramel-colored eyes but not giving a thing away. She quietly scooted across the room until she nestled up next to me, slightly purring as she nestled into my leg. I became more enamored with this little black puppy as she rested her head on my legs and began dozing off.

I then saw the brown puppy digging through the trash can. 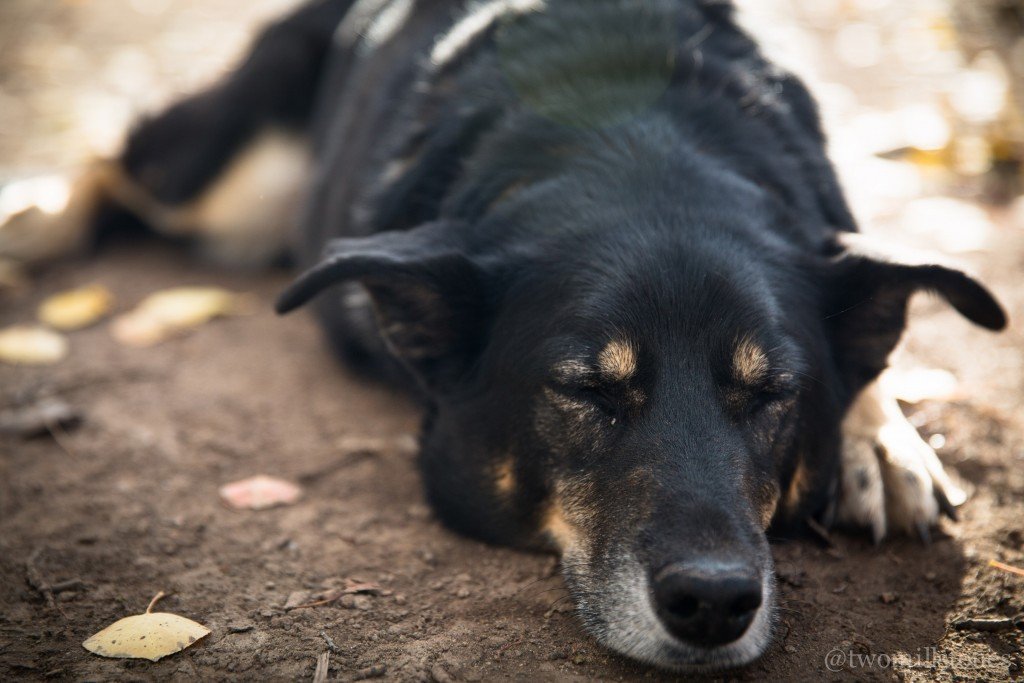 I questioned the shelter worker on Tals, and she told me that she had just arrived from a kill shelter in New Mexico where she was days from being put down. They had found her on a Native American reservation and while uncertain, it was becoming clear that she had suffered some mild abuse. Men made her nervous, as did loud voices.

I watched her peaceful face, snoozing away on my leg, and couldn’t fathom anyone hitting such an adorable puppy.

I looked up at the brown puppy and laughed as he gnawed his way through the computer cables in the room. Although we are now positive that Tals bribed that dog into misbehaving, my decision was made: she was coming home with me.

Ever since then, Tally and I have been inseparable. She became a mountain dog while we lived in Steamboat and learned to live in a one-bedroom apartment when that was all her mama could afford. And really, we’ve developed a relationship where both of us gives whatever we can to the other. I buy her ridiculously expensive dog food and she snuggles with me at night. I carried her 60-pound body down  trails after she charged a pair of porcupines and she curled up with me during many nights of tears and breakups. I run her on days when I think my legs will fall off and she sits in my lap when I am carrying a fever. 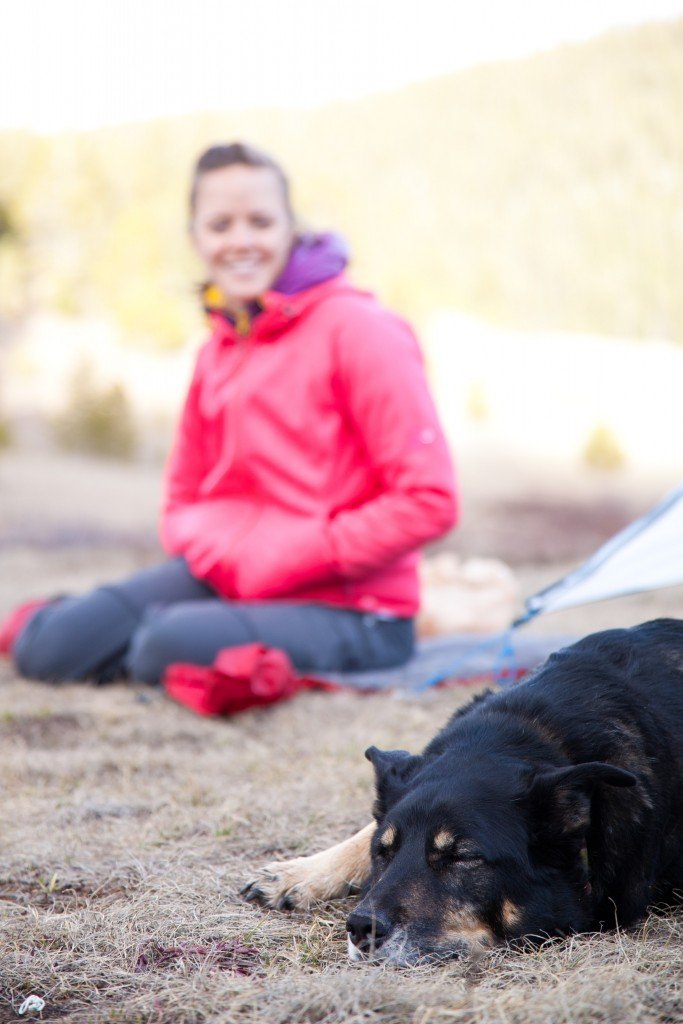 Truthfully, she is far more protective of me than I would prefer and I always wondered how she would handle a permanent man in my life. Fortunately, Will knew how to work that game and immediately bought her affection by daily trail runs and bonus treats. He knew that he was dealing with a “love me, love my dog” situation and handled it with grace.

Tals turns nine this year and I would love to take her on the adventure of her lifetime. That’s why we applied for the Kurgo sponsorship. Four winners will receive $5,000 to take their pup on the trip of her dreams, and Tals and I made the final 15! 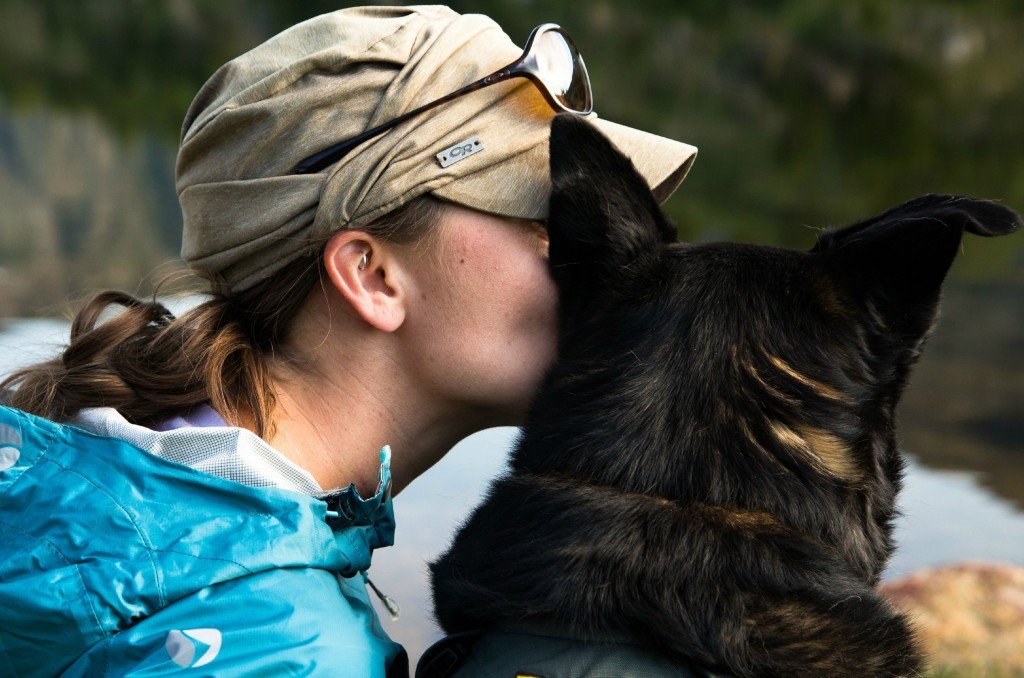 Of course, I can’t take Tals on some of the awesomely wild trips that others have planned: she isn’t a spring chicken anymore and doesn’t have 20 miles of hiking under her paws every day. However, if we do win one of the Kurgo sponsorships, she will road trip from Canada to Colorado with Will and me, hiking through fall foliage and sleeping by campfires whenever possible. These days, it’s her dream come true and I really want to make that happen for her.

HOW YOU CAN HELP:

Voting is {thankfully!} a small portion of the final decision, but it is still a component. I would absolutely love any support you can send my way by voting for Tally’s adventure here {just click on the “thumbs up” icon}. Tals sends you many doggy kisses in thanks!

An Open Letter of Gratitude