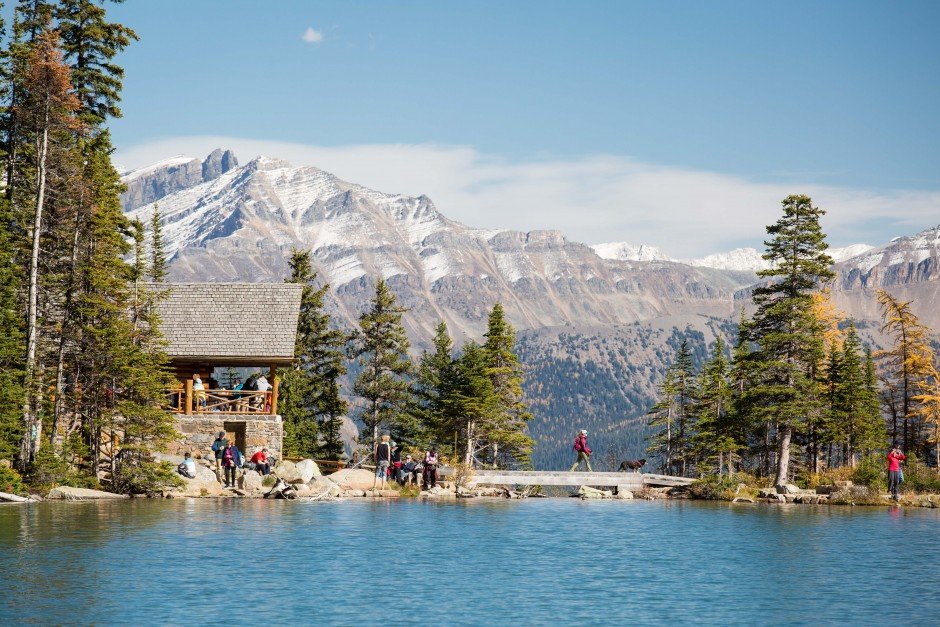 I previously mentioned that we did a couple of daily hikes while on our honeymoon, but that I didn’t plan on writing about all of them. But the Lake Agnes Tea House hike? This was just plain special!

We had originally planned to hit up Lake Louise during the first few days of our trip, but Mother Nature and her snow foiled that. Never the types to be deterred, Will, Tals, and I returned the following week to find beautiful weather and sunshine. Now THIS is the way to hike to the tea house! 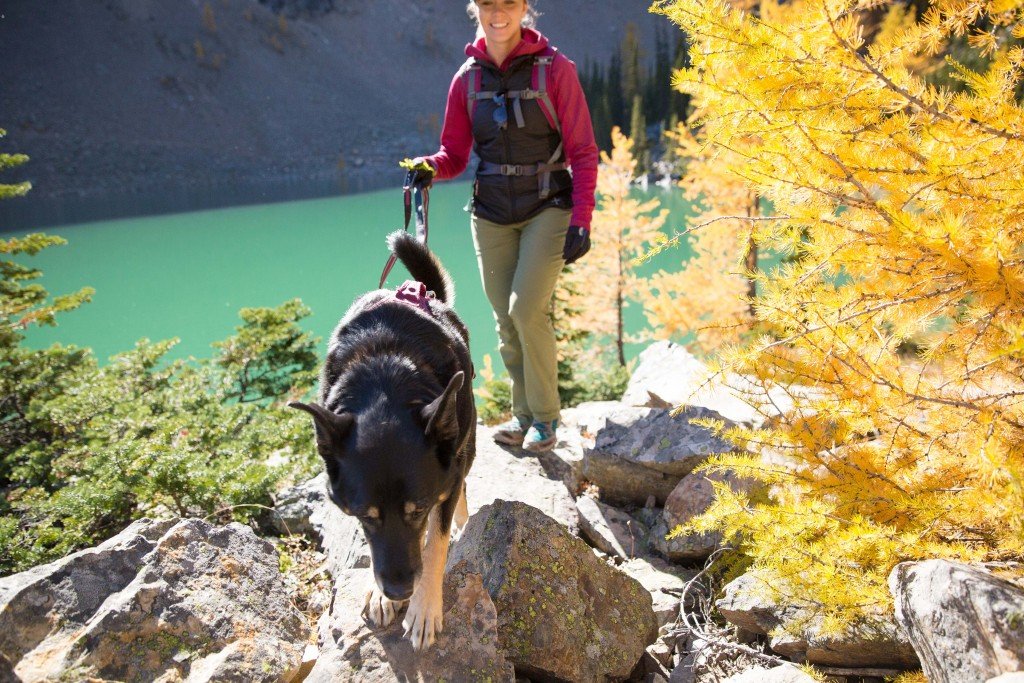 The trail begins at the ever-famous Lake Louise outside of Banff. If you’ve never seen Lake Louise, it’s definitely worth the trip alone. The view from the shoreline is stunning and the nearby Fairmont Chateau hotel is quite pretty. That said, it can be ridiculously crowded during peak hours, so the Lake Agnes Tea House hike was a perfect way to {kind of} avoid the hordes.

We scoped the mileage ahead of time and it was the perfect distance for Tals: roughly five miles round trip. And like most of the hikes we experienced in Canada, it’s fairly mundane until you get above treeline. Thick trees lock in the trail so you can’t see anything save for the occasional viewpoint. In a way, it’s great for building anticipation: I had read that Lake Agnes and the tea house were beautiful, but I couldn’t see ANYTHING until I reached the top! 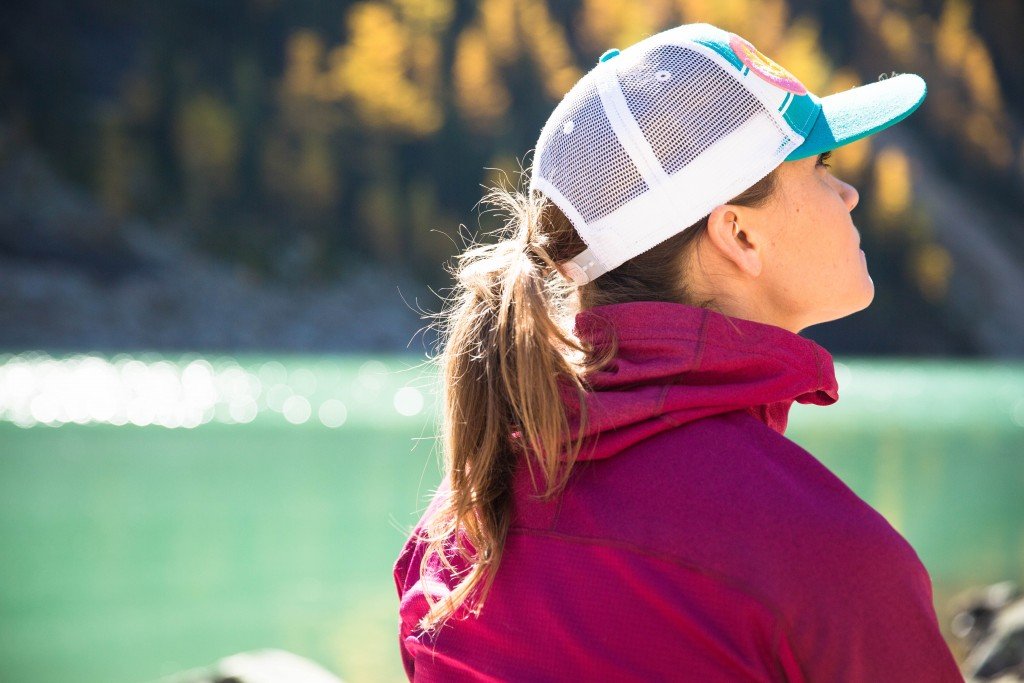 The last half mile grew steep but I barely noticed. We finally crept above the trees and views of the Big Beehive covered in golden larch trees loomed ahead. It was ridiculously beautiful.

After climbing one last staircase of steps, we reached the tea house on Lake Agnes. 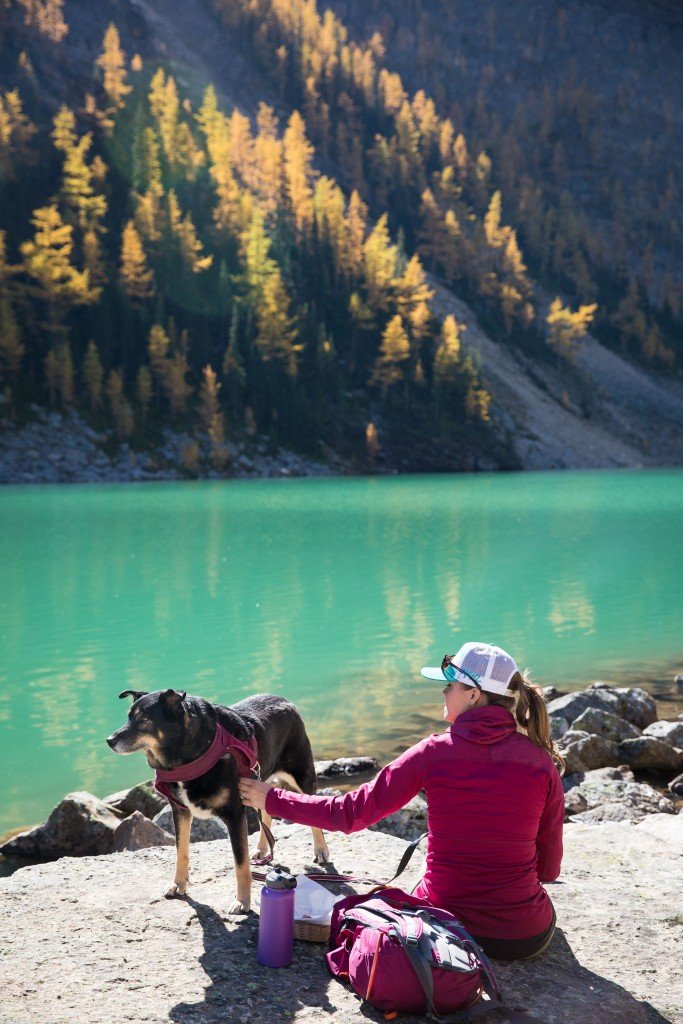 In itself, Lake Agnes would be a hike worth doing. The green-turquoise water stood in stark contrast to the larch-covered hillsides surrounding the water, providing a cornucopia of colors for the naked eye. But of course, we had to try out the tea house too!

The Lake Agnes Tea House was originally built in 1901 by the Canadian Pacific Railway as a refuge for hikers . The building was replaced with the existing log structure in 1981, but it still features the original windows, tables and chairs. And while all of that is cool, it’s not the best part: they make all of the food with zero electricity! 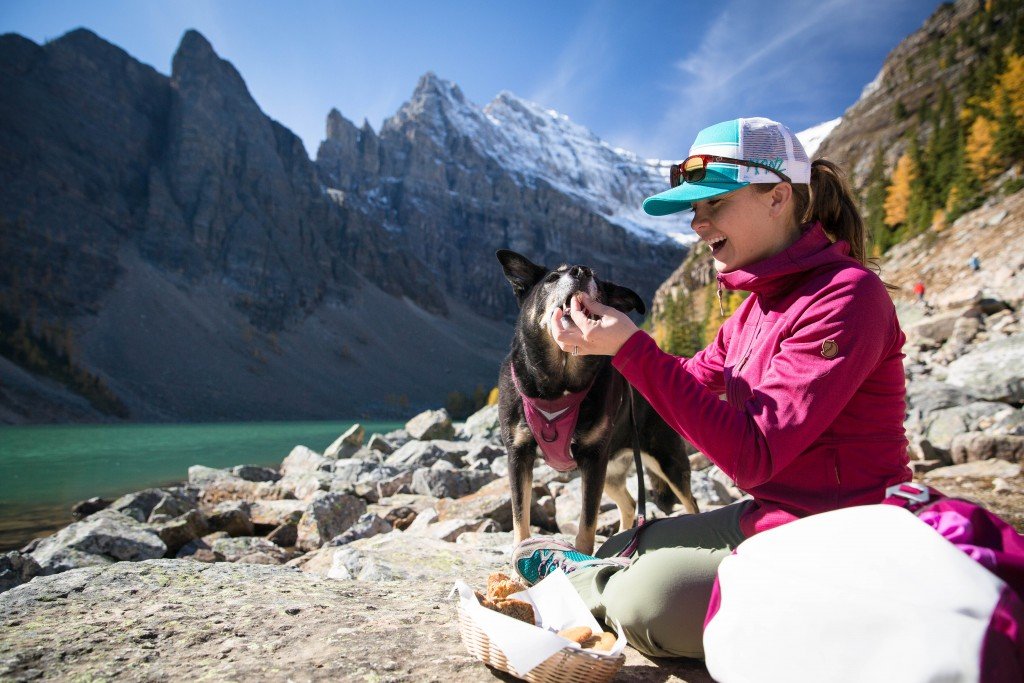 Most of the staff are college students who live at the tea house during the summer season. A few sleep in the tea house while others “commute” from Lake Louise and hike the five miles round trip every single day. On the return trips, the staff members hike out the trash, regularly carrying two big bags of trash per person every single day. Water is pumped in from Lake Agnes, and boiled accordingly for all of their cooking needs. As for supplies? The staff hikes those up 2-4 times per week too!

Since we had Tally, we couldn’t eat inside the tea house. Instead, I took Tals for a walk down the shoreline to find a cozy picnic rock while Will went inside and ordered food. I had no idea what to expect from the oldest tea house in Canada, but it did not disappoint. I assumed he would return with hot cocoa or tea–you know, easy foods and drinks to make without electricity– but instead, Will came back with a tuna sandwich {on homemade bread, of course!}, a blueberry lemon scone and a chocolate chip cookie. 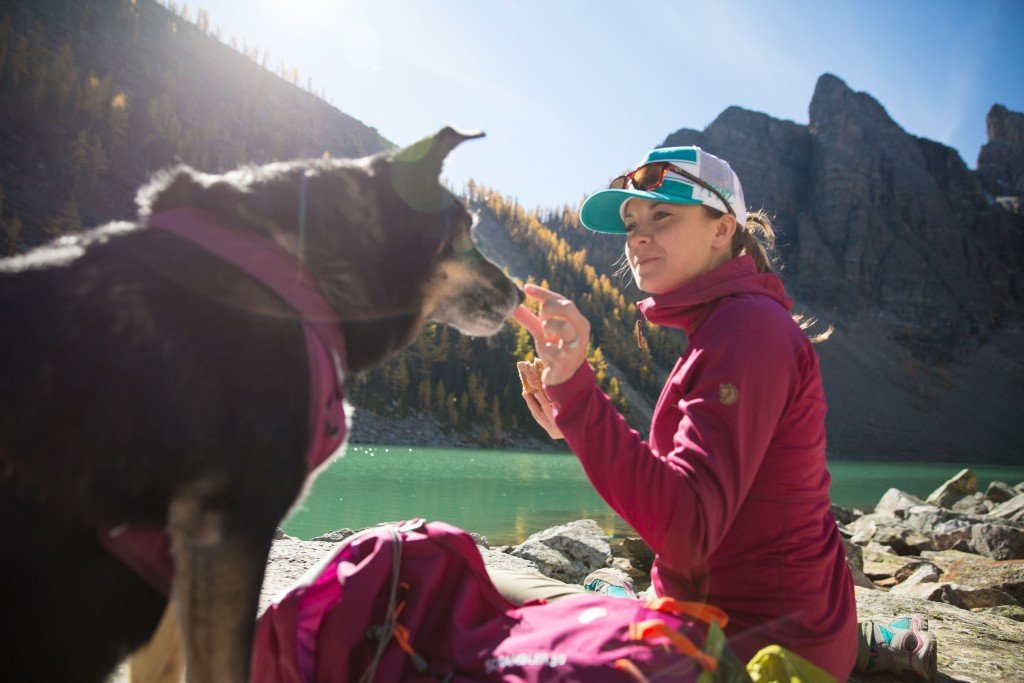 If that doesn’t make for an absolutely perfect picnic on a rock, I don’t know what does!

We sat on the rock, eating our snacks and basking in the sunshine while soaking up the views from the lake. I shared some of the sandwich with Tals and she happily licked her lips in contentment. Truly, it was an absolutely flawless day and it epitomized what I visualized of our honeymoon: family time, beautiful weather, outdoor fun….and good food! 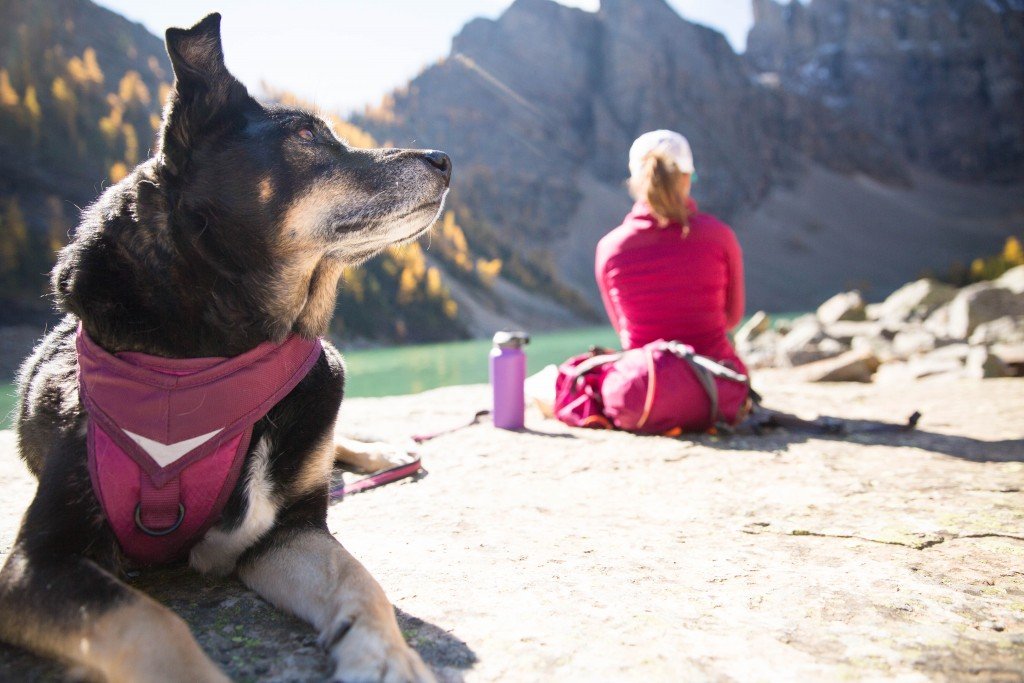 If You Go on the Lake Agnes Tea House Hike:

Mileage: 4.5 miles roundtrip {more if you hike past the tea house on the shore or continue to the Big Beehive}

Time: If you’re in decent shape, it shouldn’t take more than a half a day. We lounged around with our picnic for at least two hours though, so be prepared of extra time!

Functional Fashion for the Outdoors {Giveaway!}

Confessions from a Pet Owner: My Dog Was Fat