The first day of our hut trip dawned bright and semi-early as all of us roused from our hotel rooms in Glenwood Springs in hopes of getting to the McNamara Hut trailhead before lunch. Yes, that is an exaggeration, but with this group, it’s not much of one!

After shuttling peeps back and forth, the majority of our group set foot on the trail and started the 5 mile trek into McNamara Hut. It was supposed to be 6 miles one way, but we had managed to shuttle everyone up the road to the upper trailhead. Sure, it cut off some mileage, but who wants to skin or snowshoe up a flipping road? Not me!

Will and I hung back as everyone else took off. As I previously mentioned, Will was testing out a pulk sled and it took a significant amount of time to figure out the harness system. We originally thought it fit like a climbing harness, but when it sat around his waist like a diaper, we knew we were doing something wrong! We finally realized it was a chest strap, got him harnessed up, and took off a good 30 minutes after everyone else. Luckily, it was only 11:45 and we both knew we could cover the distance to the hut without too many problems; otherwise, I would’ve been kinda worried about our late start! 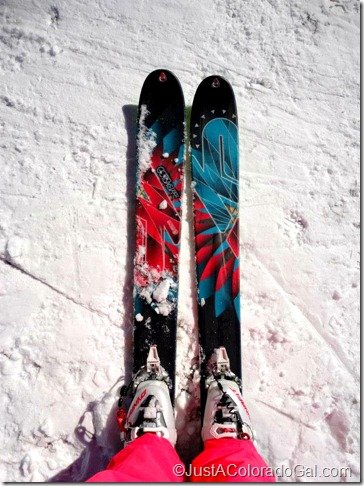 We started the gradual climb from the meadow and within five minutes, I knew I was going to have a serious blistering problem. You see, I was wearing my new AT gear that Will had gifted me for Christmas… and it was my first-ever time using any of it! I had shattered the #1 rule of backpacking in trying to break-in my gear while on trail, and I immediately knew I was going to pay for it. We stopped and took 10 minutes to duct tape the insides of my feet, hoping that would prevent some massive blisters down the road. Luckily, duct tape solves all and I was able to keep most of my blisters at a minimum for the rest of the day. 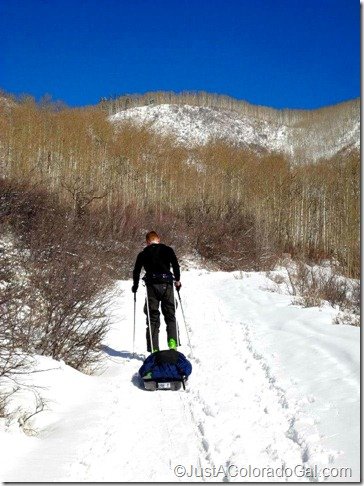 We continued up the gradual incline and reveled in the beauty of the trail. Colorado has been receiving minimal snow this year, but since we were in the untracked backcountry, the fluffy stuff was plentiful. Because it was just the two of us, we could only hear the silence of the woods around us. Y’all, I seriously love my home! 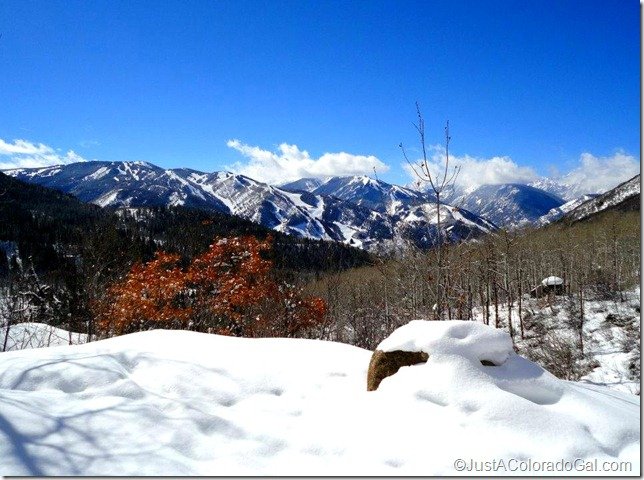 After a few miles, we ran into Katie and Uncle Craig who were trucking along slowly but surely. We chatted with them for a bit, and then took off. 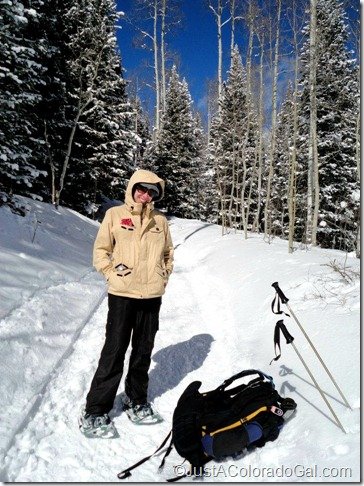 Shortly after this rendezvous, I began feeling an insane pain in the front of both of my shins. I ignored it for awhile but after another 30 minutes, it was verging on excruciating. I like to think I have a high tolerance for pain, but my boots were banging into my shins with every step so there was no reprieve. I would slide my right ski forward, feel the boot smack into my already-swollen shins, experience the shooting jabs up my leg, and then go through a 2-3 second period of numbness in my shin and foot. I’d catch my breath, and then do it all over again with my left ski. If I had tested my boots prior to this trip, I  would have realized I needed to take them to a boot fitter to get punched out, but alas….I don’t plan well.

However, at this point we were 2.5 miles into the backcountry so I really had no other choice than to continue forward. I tried to keep my mood up but y’all, I was getting cranky! I turned my iPod up as loud as possible so that the screams of Rage Against the Machine were echoing in my head. I figured listening to their anger would suppress my own. I don’t do well with annoyances like this, and I was wicked irritated that my feet were driving me crazy. Ain’t nobody got time fo dat! 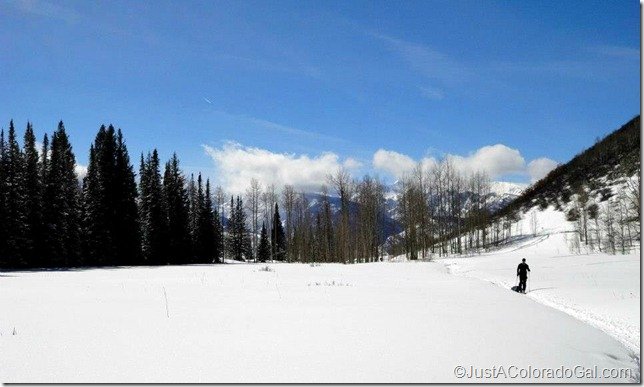 Will did a great job of keeping my spirits up and even offered to add my pack to his sled, but I was just not having it. There was no chance in hell I wasn’t going to carry my own pack! By then, my shins were starting to hurt so bad that I was literally almost in tears. I’m quasi-embarrassed to admit that because I don’t deal with tears in the backcountry, but I can’t even begin to explain how much pain I was dealing with. In fact, this is one of the only times in my life I can remember pain drawing water from my eyes!

By the time 3:30 rolled around, I knew we had to be close to the hut and I kept telling myself that pain was temporary and I just needed to suck it up a little longer. Yes, I subscribe to the self-abuse mantra when things get tough! Near the end, the pain in my shins was literally unbearable and I shouted to Will that he needed to keep me entertained with Celebrity Jeopardy quotes. I knew they would make me laugh and I was hoping he could keep me preoccupied with them until we arrived at McNamara Hut. Luckily, he has seem them all and we were still yelling “The Penis Mightier” when we walked up to the door!

Out of all of our hut trips, this trail was the absolute easiest in terms of mileage and elevation gain. At 5 miles and just under 2,000 feet of elevation gain, it wasn’t tough. However, because of all of my issues, it was one of the biggest struggles I’ve ever had in the backcountry, both mentally and physically. I was so glad to finally arrive at McNamara Hut and take off those damn boots!

To be continued tomorrow…we’ve got some extreme sledding on deck!

What is one of the most difficult experiences you’ve had while being active, in the backcountry or not?