After frolicking through the slot canyon all day, our crew arrived at our next campsite exhausted and after dark. We deciphered that we each had our own tent to sleep in, but that was the extent of our sleuthing skills. With a numb brain and a depleted body, I crawled into bed in my adorable teepee–piling no less than six blankets on top of my weary body!–and passed out for the night. Exploring Rummana Camp would have to wait til morning!

Dawn broke and I nestled into my warm blankets a bit further, not really hearing anyone rustling outside. Since it had been dark when we arrived, I had no idea what to expect when I opened my tent flap. I finally motivated to remove myself from the warm cocoon and layer on some clothing against the cool morning air. I not-so-gracefully stepped outside of my teepee, rubbed my eyes, and was delighted to see one of the most beautiful views of the trip:

Rummana Camp was absolutely stunning! Sited in the Dana Biosphere Reserve, the site is the only place to camp within the Reserve. And trust me: if you visit Jordan, you should definitely check out Dana! It’s only 119 square miles but it hosts the most vegetation and diversity of plants in the entire Kingdom. Lots of animals live in Dana, including the endangered Nubian Ibex, but we sadly didn’t see any. However, we did get to spend a few hours hiking and scrambling around the area! 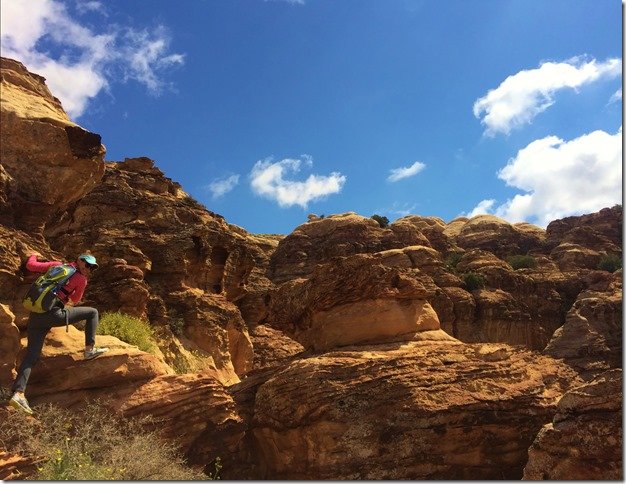 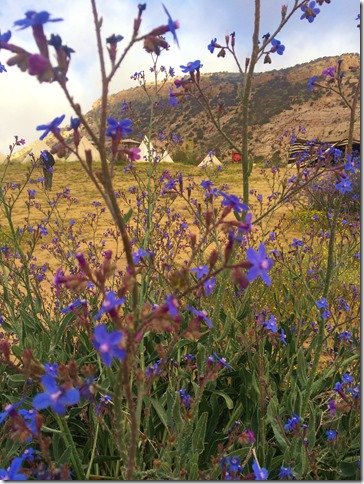 Camp through the wildflowers

After our quick morning jaunt, the bus headed out of the Dana Reserve…and straight to Petra! You can only imagine how excited the OmniTen gang was when we realized where we were going. IT WAS TIME TO SEE PETRA!

We checked into our hotel and crammed some food down our throats before learning our itinerary: not only would we spend the following day entirely at Petra, but we were also going to make a visit that evening. Apparently, the site is open on certain nights for visitors to enjoy a candlelight viewing of the Treasury building. For most people, the Treasury is the iconic image of the lost city, so I was beyond excited to see what it looked like behind the mask of candlelight. 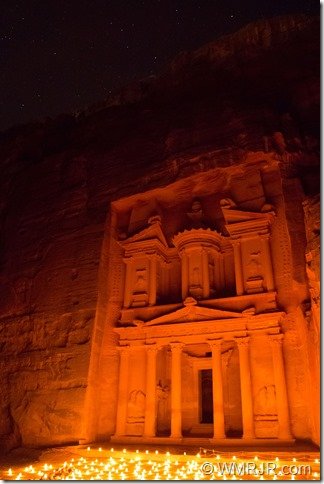 Obviously, it did not disappoint! However, having learned just how large Petra was, I was stoked for the following day. The Treasury is absolutely stunning, so what else did Petra have in store?! 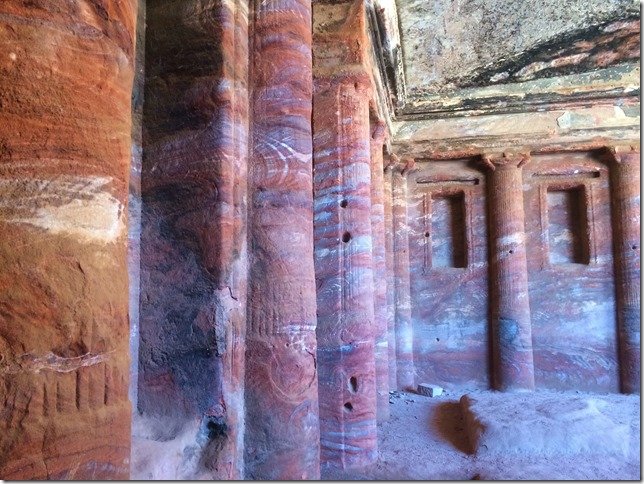 As it turns out, quite a lot! Petra was  established around 300 BC and was a thriving capital city for the Nabataeans who prided their city for two things: the bustling spice trade and the ingenious hydraulic engineering system. It then fell under Roman rule where the city initially succeeded, but gradually declined in the Byzantine era. It remained a “lost city” until 1812 when a Swiss explorer rediscovered it. Can you imagine just happening upon the entire city of Petra?! Local Bedouins continued to live inside the city {similar to Machu Pichhu!} until 1985 when it was designated a UNESCO World Heritage site. 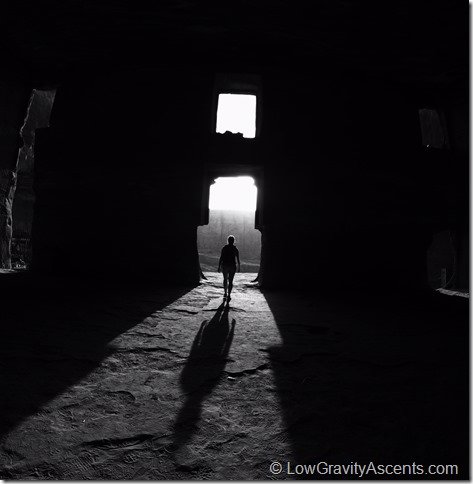 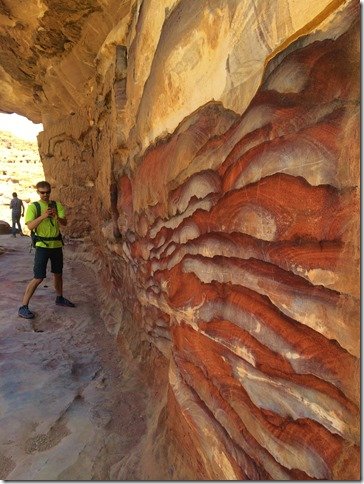 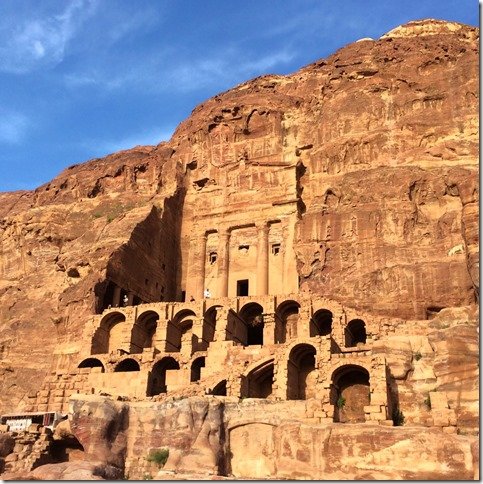 We spent the entire day exploring the trails and ground of Petra, and I think Caleb’s watch clocked us at almost 14 miles. We wandered through tombs and climbed up hills. We also hiked to the northwest side of the site to check out Ad Deir, the Monastery of Petra. 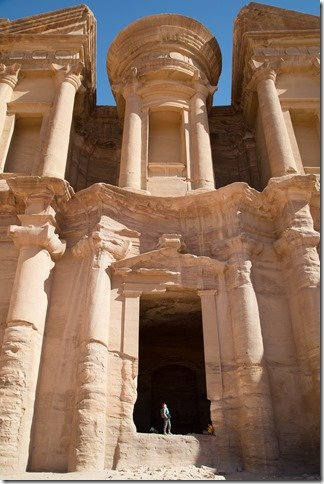 Y’all, this building was massive! It is over 150 feet tall and equally as wide, and I had to do some seriously scrambling just to climb my body up and through the front door! I imagine that’s where they parked the motor homes, ya’ think? {Giggle. Giggle.}

Jon, Casey, Caleb and I also climbed up to two of the MANY aptly-described “Best Views in the World.” I’m still evaluating which one was truly the best, but I kinda think they all were a feast for the eyes!

Final verdict? Petra is unbelievable, and I don’t say that lightly. I have seen quite a few notable sites throughout the world {Pyramids at Giza, Machu Picchu, Angkor Wat, Chichen Itza, Tikal, and the Trinidad ruins in Paraguay, to name a few}, and Petra is one of the most stunning. The building are magnificent and they remind me of the Pyramids in Cairo: how in the hell did those people construct something so fantastic?!!

If you could visit ONE historical site in the world, which would you choose?

Where in the World Would You Go?

Some Randomness From My Life