We love ladies in male dominated sports – there’s nothing cooler than a badass chick carving a space for herself in a sport she’s passionate about.

Katie’s interest in Skeleton started in 2002, when she was watching the Salt Lake City, UT Olympics. Unfortunately, Skeleton training facilities all exist in fairly remote areas, and there aren’t any in the Virgin Islands where Katie lives. Eight years passed before she had the opportunity to volunteer at the 2010 winter Olympics in Vancouver and decided to try it out herself.

Skeleton is one of the sled sports, along with luge and bobsleigh. Skeleton is a solo sport, and competitors complete runs in a prone position. After getting off to an explosive sprinting start and lying face down on the sled, steering the sled is a full body effort, using the head, shoulders, knees, and toes. The goal is to get to the finish line as quickly as possible.

Katie started training by learning how to slide down minor slopes before moving on to the larger competitive tracks. Now Katie is in the middle of the 2015-1016 Skeleton season, which starts in mid-November and ends in March. She’ll be competing in the World Cup tournament for the first time this year, as well as running some races in the Europa Cup and the North Americas Cup.

Because Skeleton is such a small sport, with a relatively small number of races, all the women competing will be traveling together, and hanging out between races. While on the track they’re all serious competitors, but off the track they’re all friends; there is a lot of female solidarity in this sport!

Since she started competing, Katie has observed a lot of changes in herself, both physical and emotional. While she was always active, she had never competed at this sort of level prior, and her confidence has grown with her involvement in the sport. She also makes sure to stay grounded and enjoy the small wins along the way by writing down her goals before each race, and looking back at the end of each race to see what she’s accomplished.

Katie has accomplished an astounding amount since 2010, but she’s nowhere near done. She’s definitely interested in becoming an Olympic athlete, a big dream for many in the sport. While this goal is made all the more difficult because the Olympics allow only 20 women to compete, as compared to 30 men, it’s not a goal she ever stops striving towards. 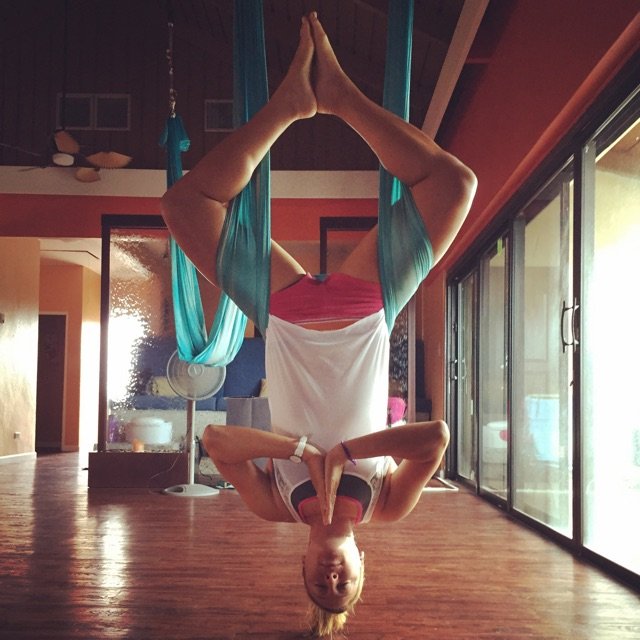 She’s also extremely inspired by the Telluride Film Festival and BANFF Mountain Film Festival. She wants to make a film about Skeleton for a mountain sport film festival, both to spread awareness and knowledge about the sport, and the obstacles that competitors face.

In addition to Skeleton, Katie is also an Acroyoga participant, often participating in jams. She started when she was in Park City, Utah, and she actually put together her own meet-ups in the Virgin Islands, and gets together with a small group of friends to play during the off season. While it can be difficult balancing 5 months of traveling a year with 7 months of staying put and physical conditioning, there doesn’t seem to be anything Katie can’t handle! 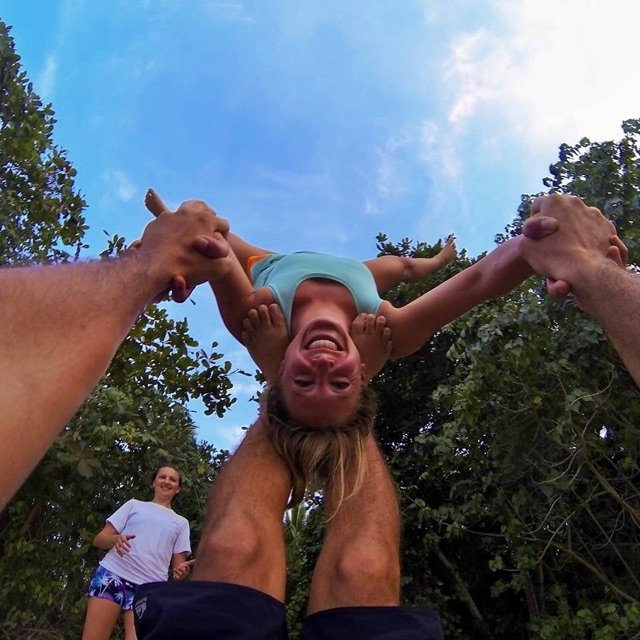 If you’re interested in learning more about her career, or working with her, you can reach out to her here.

You can also support her in her first race in the World Cup, which will be taking place on December 11! Katie’s amazing, and we can’t wait to see how her season goes!

Gear of the Year: Outdoors {Giveaway}