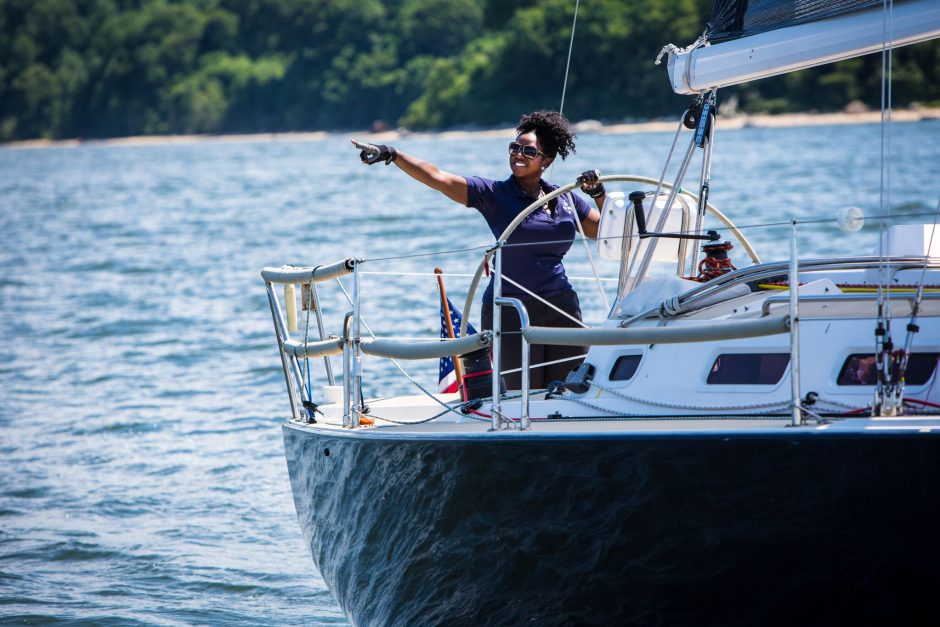 This month I had the distinct pleasure of speaking with Ayme Sinclair, who has competed in sailing races around the world! She is a tenacious, strong woman and it was a pleasure to interview her for our March #JustAnOutdoorGal post.

While Ayme grew up going to camp every summer, she wasn’t extremely interested in outdoor activities. As a child, she never really saw people in her community who sailed. As such, it’s pretty incredible that her recently developed love for sailing has been so amazing.

It’s hard to imagine ourselves doing things that nobody we know has ever done, right?! Even today, Ayme is one of the very few black people involved in racing.

About three years ago, Ayme had a friend whose boyfriend owned a boat. Her friend occasionally invited her to accompany them on the water and Ayme would tag along. Eventually, she decided that she wanted to know more so that she could help out on the boat and be more useful. To this end, she found her way to Chicago to take a sailing course on Lake Michigan. 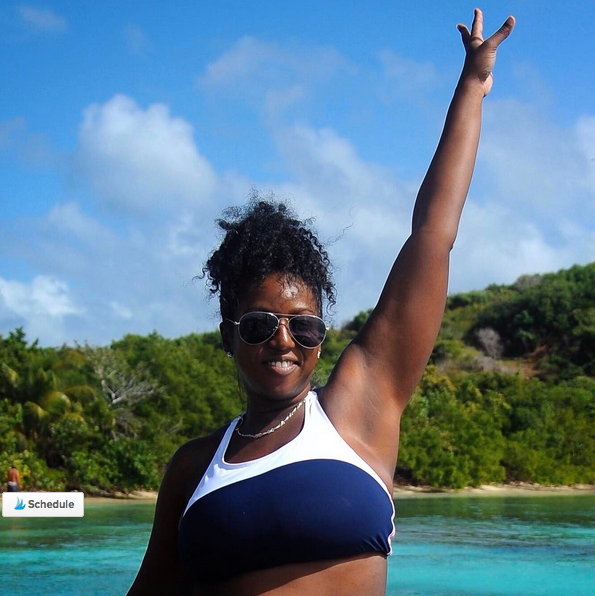 Upon returning to New York, she began renting boats at a nearby boat house in order to maintain her sailing skills. Unfortunately, the boat that was available for rent – a small boat named Sonar that didn’t have a motor – was unwieldy and difficult to maneuver. Luckily, just as Ayme was starting to feel discouraged, one of her coworkers learned that she had taken a sailing course and invited her along to his own Yacht Club.

Like many other clubs, this one had Beer Can races on Wednesdays and Champagne Races on the weekends.  Unlike many other clubs, however, the membership was young and diverse. The club itself is a “working man’s” yacht club, meaning that there is no regular staff beyond the people who ran out to the boat on the launch. Instead, members of the club had four working days in the club to contribute to upkeep. 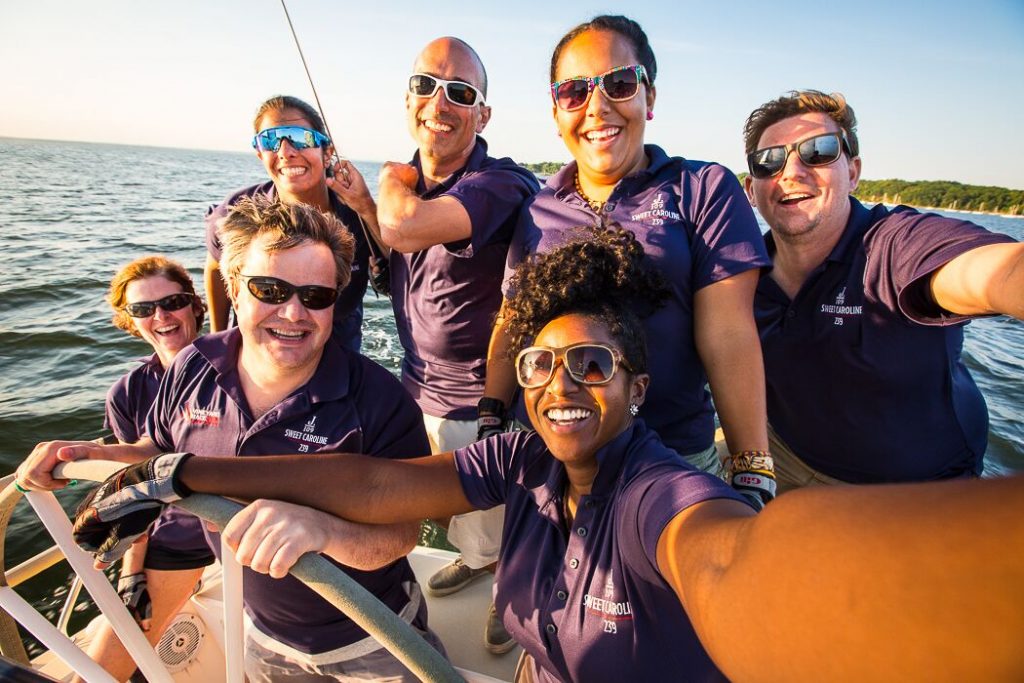 While Ayme was the least experienced member of the crew at first, she immediately felt right at home. Through sailing, she found community and friendship. She continued going back every Wednesday, and before long she and her team were competing in other races as well.

Sailing not only helped Ayme find a new community, it also helped her connect with her old friends! Before her first year of sailing was up, she had sailed through the Caribbean with an old college buddy and his family, and competed in a regatta there! 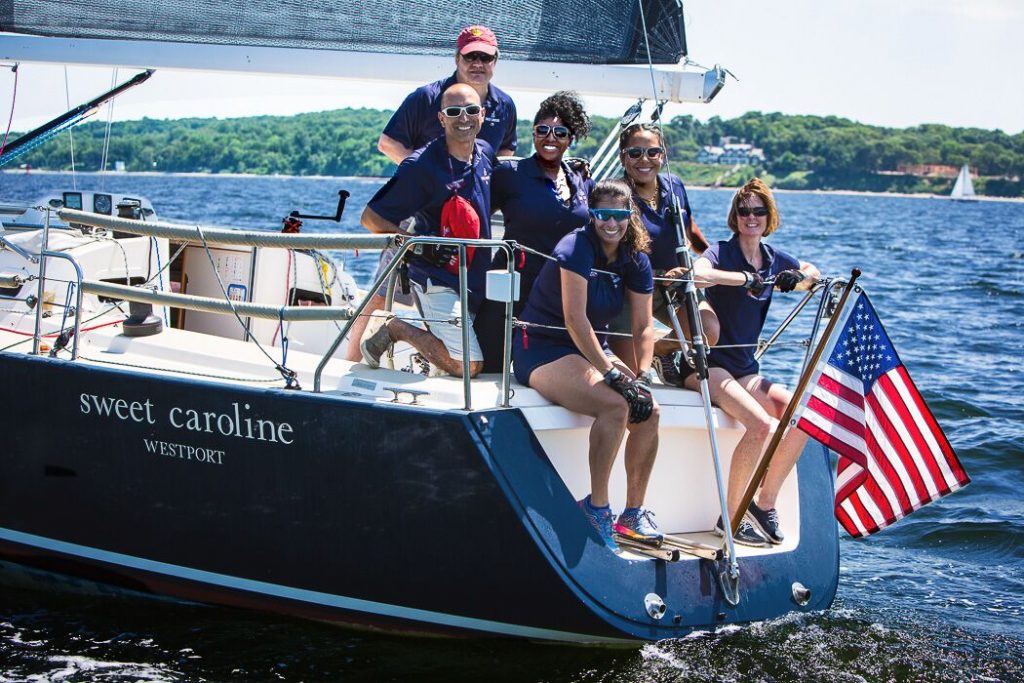 Ayme also found a new career through sailing.  She started posting information about her boat {Sweet Caroline} to Instagram while also updating her own social media platforms with information about her adventures. Before long, she was receiving tons of hits on her own accounts AND other individuals and teams were asking her to help them with their own social media presence! Today, she owns her OWN business, all because she loved sailing, and shared that with the world.

As one of the few people of color involved in sailing, Ayme wants to change the paradigm of what it feels like to be a sailor in this space. She wants more people who may not look like the typical sailor to get involved. While she may not always be the most technically correct sailor on a boat, she is often the one with the most tenacity, and this strength has carried her through several races, and there is certainly more to come! 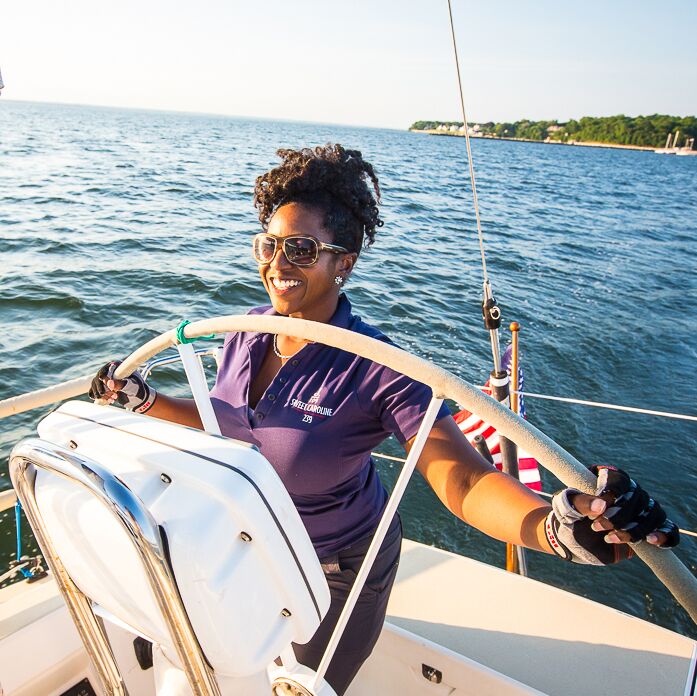 If you’re interested in keeping up with Ayme’s adventures, or reaching out to her on her personal Instagram. In addition, the sailing season is starting up soon, and Ayme and her teammates aboard the Sweet Caroline will be competing!

Anagha Bharadwaj has a life-long inability to choose just one hobby. As a result, she enjoys running, swimming, biking, and hiking (but no triathlon-ing…yet). She currently lives in DC, where she loves to read books, explore the city on her bicycle, and {in her spare time} attend law school. She’s almost a yoga instructor, and enjoys reading about the mental aspect of yoga, and yoga theory. She's an activist, whether that takes the form of pro-bono legal work, or screaming for justice outside the White House. She's passionate about racial justice and reproductive justice, and hopes to be a public defender fighting for these rights someday. She loves contributing to #JustAnOutdoorGal because she has been made whole by communities of glorious, vibrant, resilient, incandescent woman, and they deserve to be celebrated.