Guys, this week has been absolutely spectacular! I literally have no idea what charmed star I happened to place myself underneath, but I’m sure hoping that it doesn’t move!

Unfortunately, a lot of the good stuff happening ‘round here is stuff that I can’t share on the blog just yet. I know, super annoying when someone mentions exciting news and then says, “Sorry, I can’t tell!” Trust me—once I can make some stuff public, you’ll all hear about it. In the meantime, just know that I’m doing a happy dance! 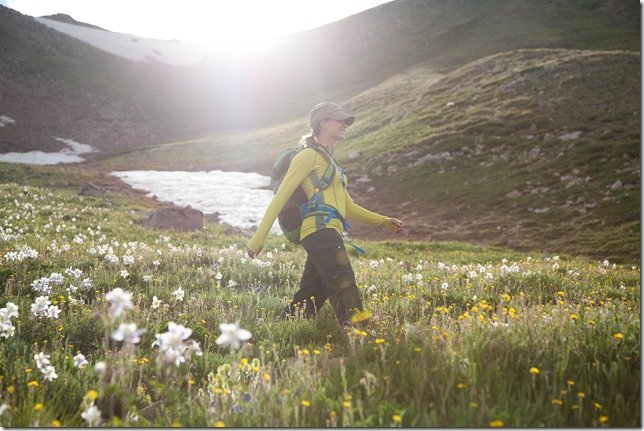 Obviously, a recycled photo that Will took on Capitol. It’s the same shot that’s the cover for the podcast tonight

However, there is a lot of stuff that I can share! First of all, I’m making my podcast debut tonight! Awhile back, the guys at “In Ice Axe We Trust” approached me about joining them for an episode to chat about this past summer’s trip up Capitol Peak. I’ll be honest; at first, I was totally nervous! Why in the world would they want to have me co-host?! What in the heck would I talk about? I thought about it for awhile and finally realized that I was freaking out over nothing. It’ll be fun! Besides, since I call into the show via a phone, at least I won’t have to worry about anyone laughing at me to my face!

Regardless of my mini-meltdown, I’m pretty excited. The show will be live tonight at 9pm MST, 8pm PST. Will and I are going to a PR event for JAM Media Collective, so I’ll be zipping home quickly in order to make my call-in time. Or, if you can’t make that, they have the recordings up on their site after the fact. I’d love for you guys to check out and tell me if I sound as ridiculous as you think I do in real life!

Even better? We got another clue for our mysterious January #OmniGames! Y’all know that Columbia is that master of suspense and this time around is no different. However, they finally released a bit of information in an email last night and we learned where these Games will be held: Park City! I’m pretty psyched because I love that town! We spent New Year’s there last year for a mini-OmniTen reunion, so it only makes sense that we should come back a year later. Unfortunately, we still know nothing else other than to bring skis, run laps and do push-up….so yeah. I’m going out of my freaking mind with curiosity!

Have you ever been on the radio or a podcast? What was it like?!

Welcome to the World of Airlines