Hut trips have long been one of my favorite ways to explore Colorado’s backcountry, but I took a hard pass on them last year due to my pregnancy {the thought of cramming my swollen feet into my ski boots was less than appealing!} This year, I was eager to continue our longstanding tradition, so Will scoured the internet and discovered a new-to-me hut in Crested Butte: Maroon Hut.

To be fair, we both learned of Maroon Hut last year when Crested Butte invited us on a media trip. I didn’t go since I didn’t want my pregnant-lady speed interfering with the group’s trip, but Will did and he said it was the perfect hut to visit for Liliana’s first trip. And so it was done: we booked our Maroon Hut for February, 2018 and impatiently waited!

I gotta tell you: Maroon Hut is one luxurious hut! Located in the ghost town of Gothic just outside of Crested Butte, Maroon Hut is one of many quaint, wooden cabins scattered throughout town. In the late 1870s, Gothic welcomed a boom of miners searching for the silver ore that was promised to exist in the surrounding mountains. And for a brief time, they found success. But silver supply quickly depleted and with it, the livelihood of the town. By 1896, things were looking grim for Gothic. 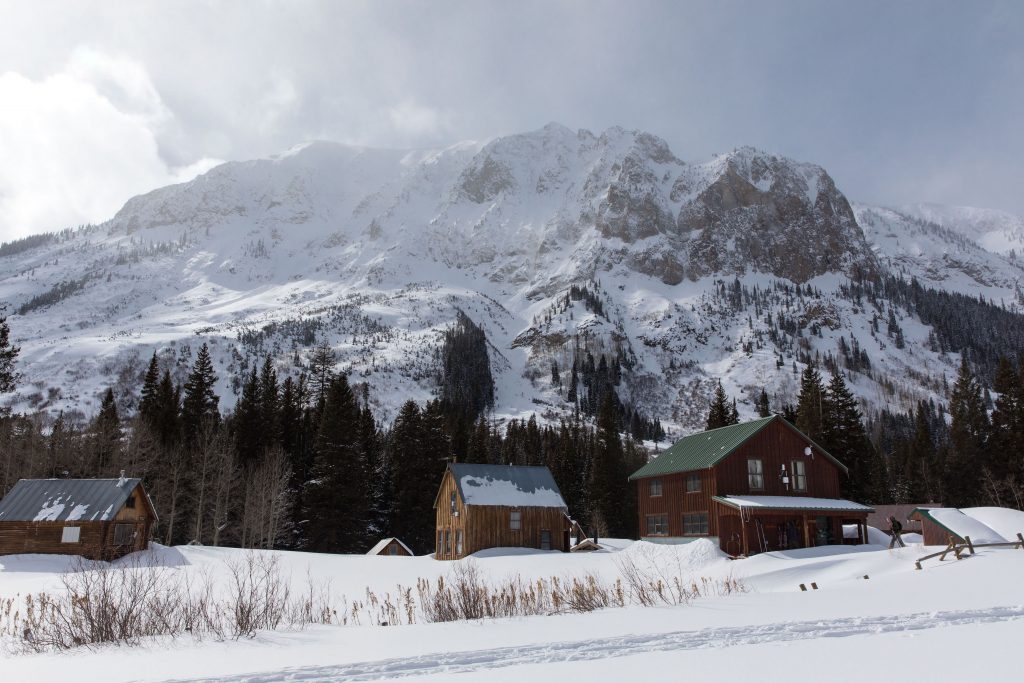 {Although one man did stay for 15 years after everyone else left: Garwood Judd. They even made a movie about him entitled The Man Who Stayed!}

There it was: a small, sad little mining town, tucked beneath Gothic Mountain, alone and deserted….until the scientists of the Rocky Mountain Biological Laboratory moved in!

Gothic was saved! Led by a group of scientists, the RMBL eventually ended up protecting and preserving 70 buildings and over 1000 acres of land. These days, the town of Gothic buzzes with the hum of research during the summer months when various scientists live in the cabins and conduct experiments at one of the oldest high-alpine research stations in the world. Of course, CB is known for its snow, so when it begins to fly, the scientists depart and the town closes down for the winter. As we learned during our trip, two cabins are inhabited caretakers year-round {talk about dedication!}

The Man, The Myth, The Legend: Billy Barr

Of course, that doesn’t include Billy Barr! Billy is a bit of a local legend in those parts. He moved to Gothic 40 years ago and loved it so much that, quite simply, he never left. Nowadays, he lives in a small cabin up the road and if you’re lucky, you’ll catch a glimpse of him. {I never saw him but most of our group ran into him once or twice.} 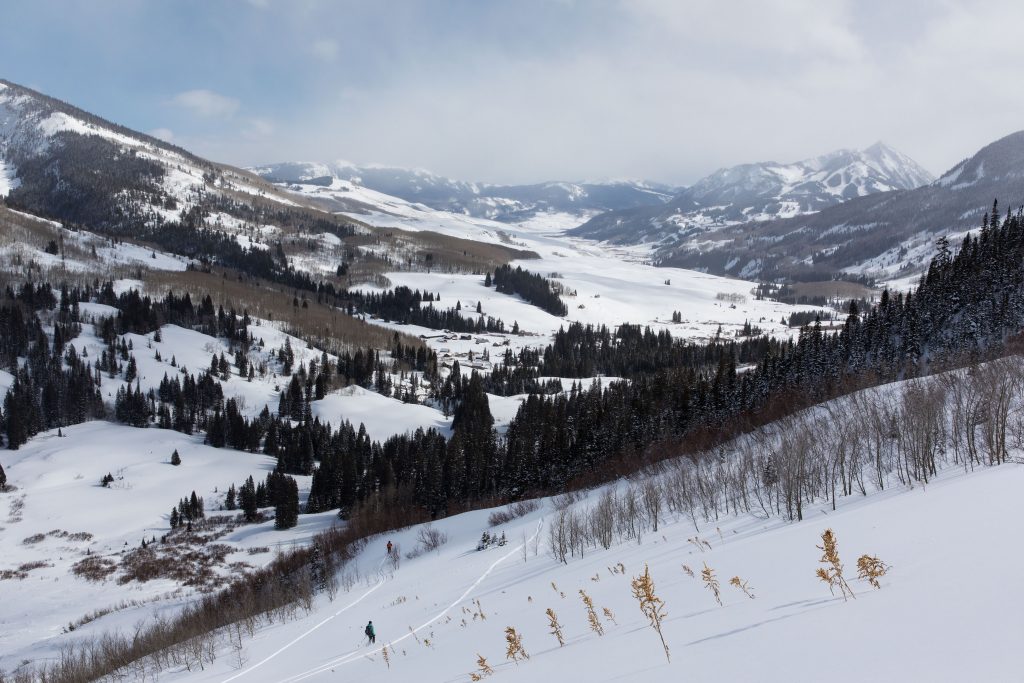 All Photos by Moxie82 Inc

By accident, Billy has become notable for his data regarding climate change. Almost as a hobby, Billy began documenting snowfall totals twice daily, and has religiously kept these notes in a journal for the past four decades. These days, his method to pass the time has become one of the damning examples of climate change and how it is abruptly changing in a short period of time.

If you are interested in learning more about Billy, check out The Snow Guardian, a documentary about Billy and his years of data collection.

If you decide to visit Maroon Hut, be prepared to live in relative opulence. I’ll own it: when I first walked in the door, I was disappointed. The two-story building had four bedrooms upstairs, each with two beds. The downstairs has a living area, a dining area, a kitchen with a stove, oven and fridge, and a bathroom {shower and sink only. The toilet is an outhouse outside.} Not only does the hut have electricity, but it also has running water and heat, as well as wifi. We’re used to building fires, hanging out by the light of a headlamp, and leaving our phones in the car, so this took some adjustment. 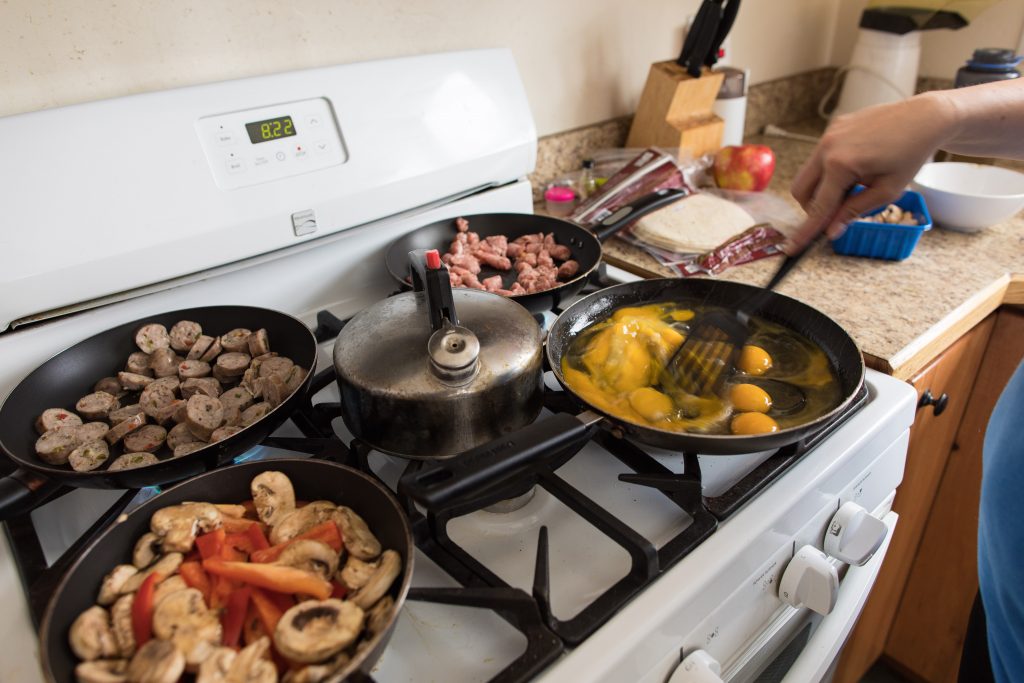 But of course, we quickly got over it! After all, how perfect could this be?! What a great place to take Liliana to for her first backcountry hut adventure!

Naturally, skiing is a priority for most backcountry hut visitors, and Gothic doesn’t disappoint. Gothic Mountain towers behind the hut {12,625 feet}, offering relatively accessible skiing. That said, avalanche conditions this year have been sketchy at best {and dangerous at worst}, so most of our group opted for low-angle powder that was nice and safe. But, near as we could tell, you can find anything out there; think of it as a ‘choose your own adventure’ of sorts. 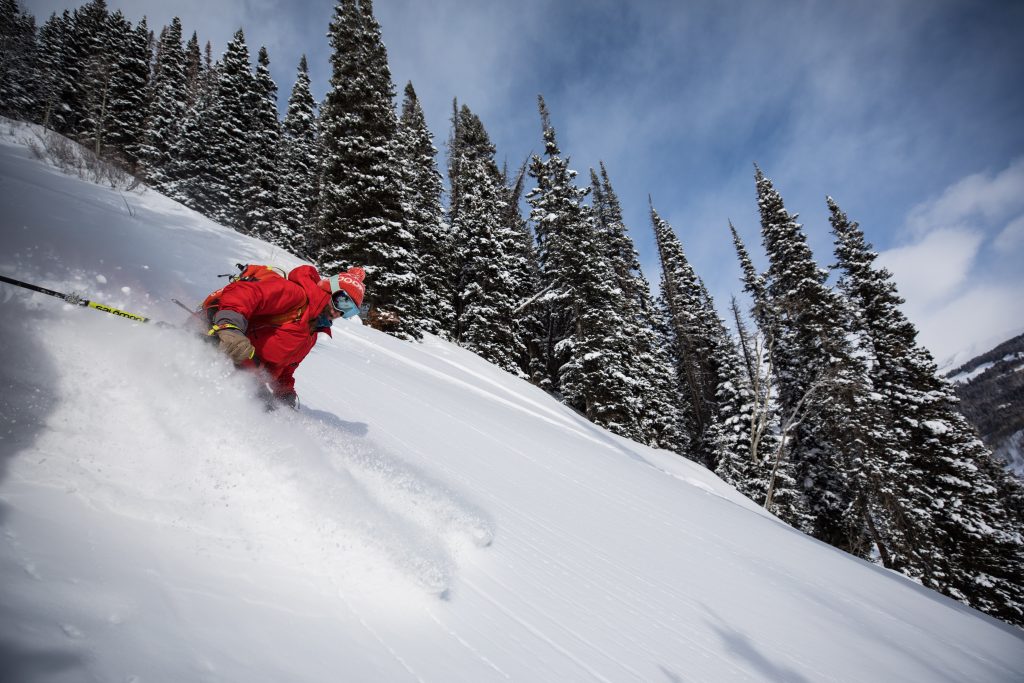 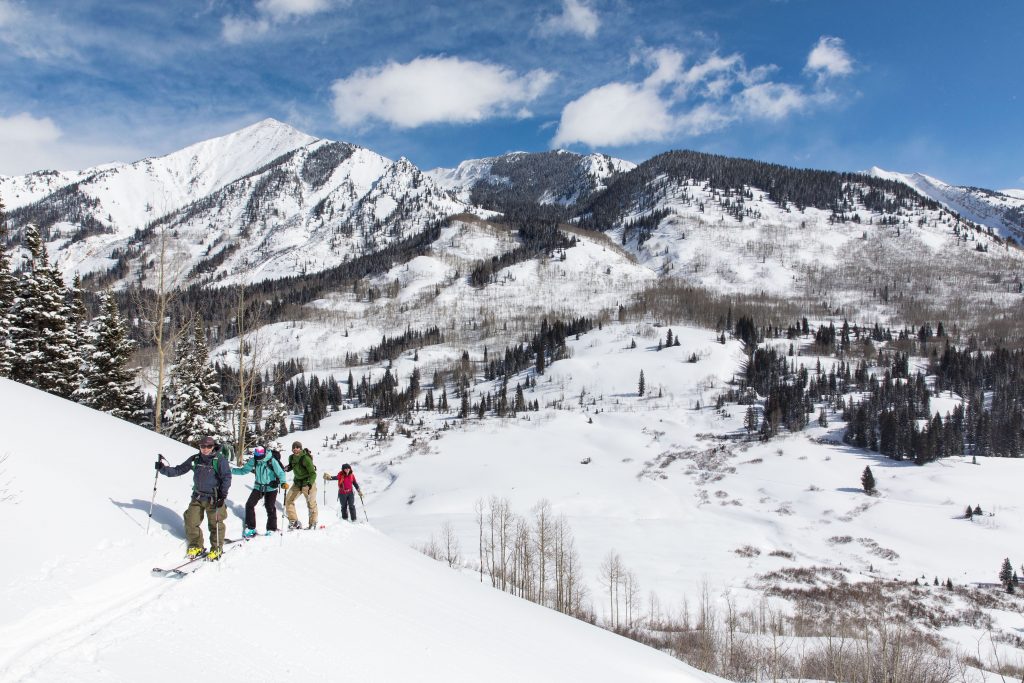 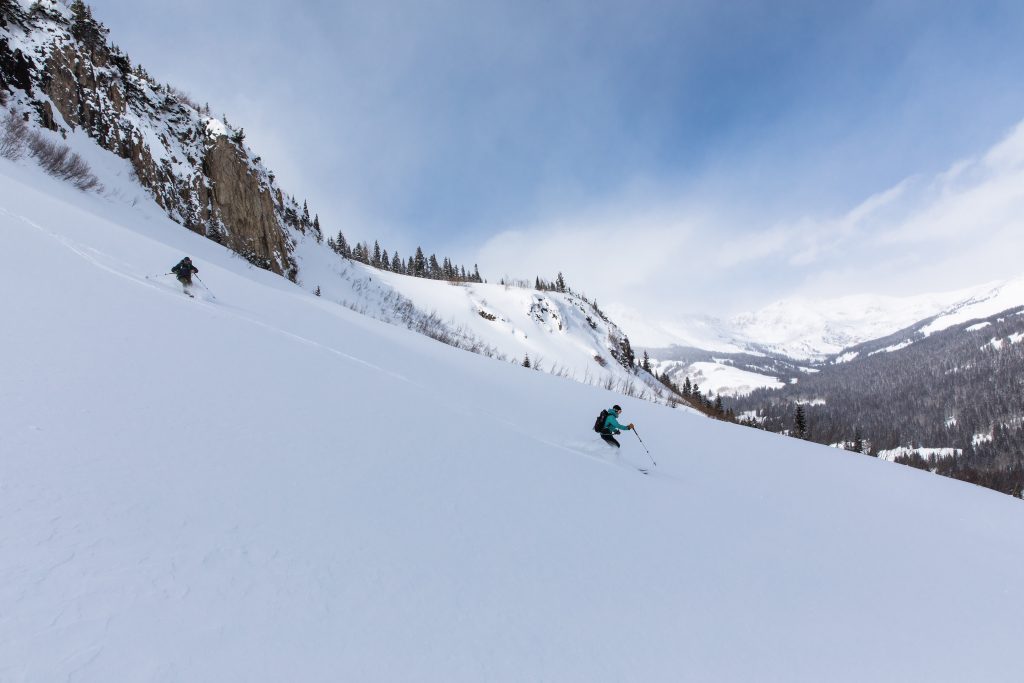 As for me? I didn’t get to do much skiing, thanks to Liliana’s preference for flat terrain. Instead, my friend Megs and her 9-month-old son, Liliana, and I toured around Gothic, babies mashed in Ergos on our chest. We skinned over to the old Town Hall building and marveled that it had withstood some burly snowstorms for well over 100 years. We watched as speedy skimo racers slid through town, enjoying the local race that happens every weekend. And we ogled as a massive slab broke off the face of Gothic Mountain, causing an avalanche to noisily tumble down the mountain, before easing to a stop near the base.

All in all, not a bad way to spend a weekend.

Time: 1-2 hours, depending on your fitness and load 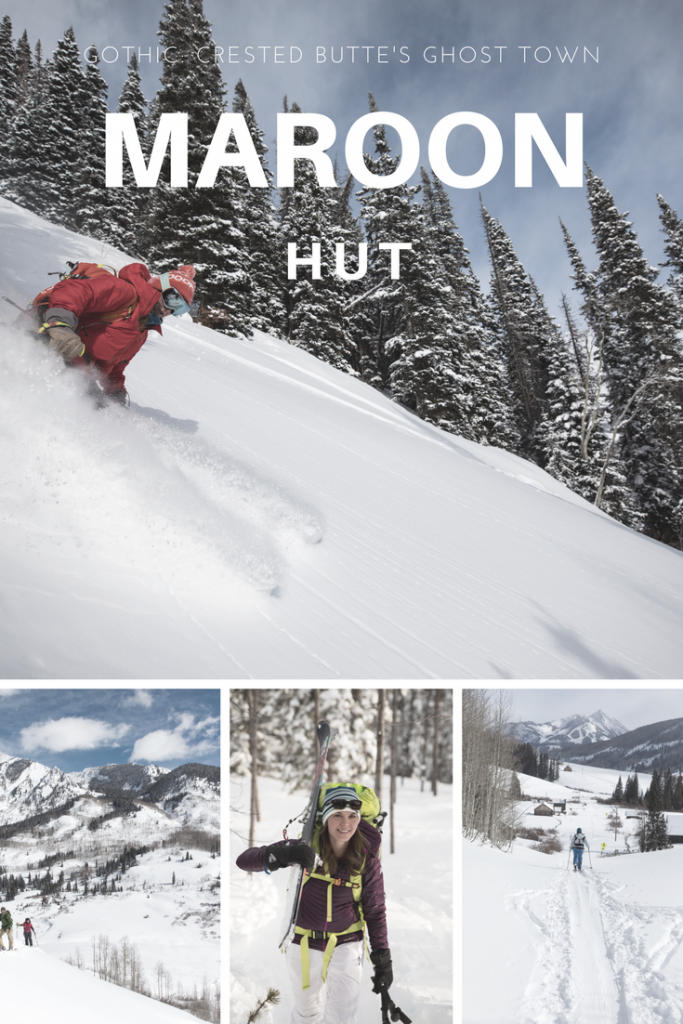 Gear Forward: Give the Gift of the Outdoors