You can read about the initial surprise and our engagement day here or here.

Since we were newly engaged, I knew that Will and I couldn’t miss out on the lock bridge! 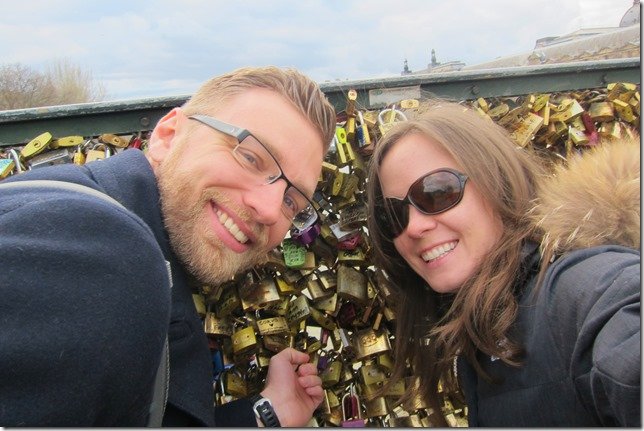 Truthfully, I have absolutely no idea if the lock bridge has a real name, but it does have tons of emotion that was perfect for our trip! You see, couples started attaching padlocks to this bridge a few years ago as a sign of enduring love. In the past, people would then throw the key into the River Seine, but no one likes a litterbug! 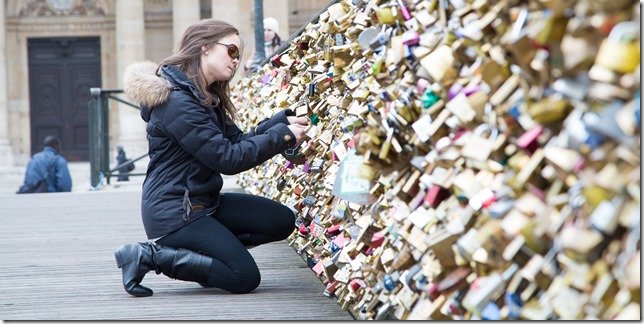 After Will’s proposal the night before, I knew we had to put a lock on the bridge! We found a street vendor who sold us an (exceedingly expensive) padlock, wrote our names and engagement date on the side, and I got to work finding a small patch of space on the already over-crowded bridge. So many people have done this same thing that the tradition has carried over to multiple bridges in Paris, but Will and I really wanted our lock to be attached to the original. Will spied a small gap of space in the chain link fence and I snapped the lock on. We brought the key back to the States with us, but it still makes me smile knowing that a piece of us is attached to the bridge in Paris.

Know what else we got to do? Climb the Eiffel Tower! When I visited in 2002, I was a poor college student that would never dream of paying to go up in the Eiffel Tower, so we were both stoked to catch the view of Paris from up top. These days, you have two options if you want to head up the Tower: you can take an elevator for 9 euros or you can hike the stairs for 5 euros. Any guesses as to which we chose? 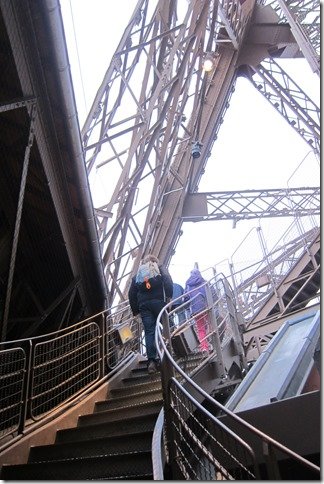 The money aside, I could not believe how long the line was to take the elevator! Seriously, I think people were waiting for those lifts for at least an hour, if not more, while the line for the stairs was non-existent. Don’t even get me started…. 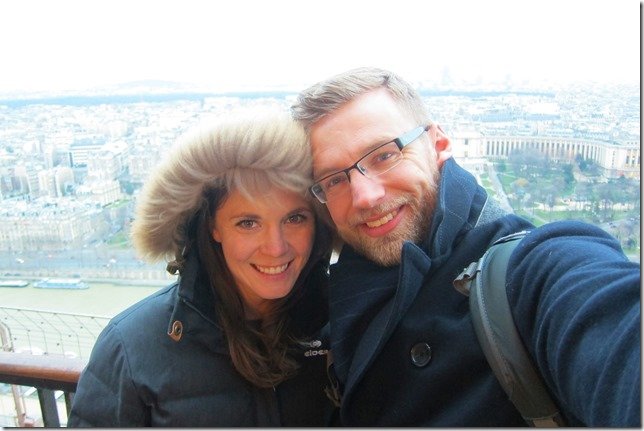 Upon reaching the second floor, we learned that everyone is required to buy an additional ticket to go up to the very top, and that is a mandatory elevator ride. Naturally, we had to go to the top, so we paid the money and headed upwards! 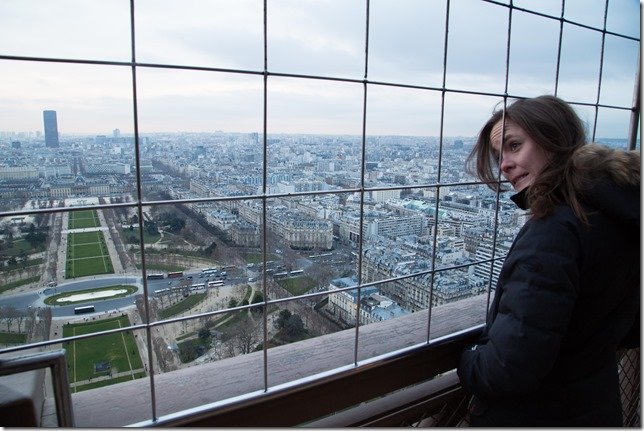 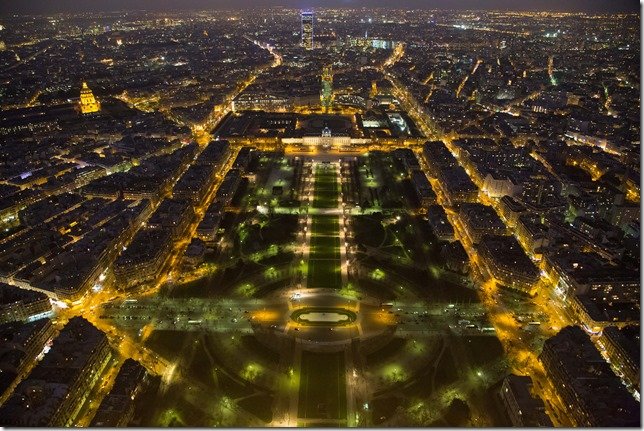 Y’all, the view is stunning! We reached the top after sunset so the lights of Paris were twinkling and glowing against the dark sky. We could both see the bridge where Will had proposed, and we even got to witness two different proposals while we were up there! {Sidenote: the Eiffel Tower’s top platform sees four proposals every hour!} I loved seeing those happy couples celebrate their love for each other, but I am definitely glad Will chose the more-private bench down below. In addition to being a statistic, I would have been so uncomfortable with all of those people watching such a private moment!

As a final celebration before leaving Paris, Will decided he wanted to take me to a nice dinner. He initially suggested Le Jules Verne Restaurant at the Eiffel Tower, but I quickly vetoed it. As much as he wanted to spoil me, I couldn’t let him take me to such an extravagant place!

We headed back to our hotel where we asked the front desk for recommendations. Again, let me stress how fantastic the peeps at Hotel Eiffel Capitol were! They immediately suggested a restaurant called Ciel de Paris, a beautiful establishment located on the 58th floor of the Montparnasse Tower, and when the restaurant wouldn’t answer the phone, the front desk continued to call, email and search online until they were able to nab us a reservation for the evening. Sure, our dinner wasn’t until 10pm but that just made us feel ultra Parisian! 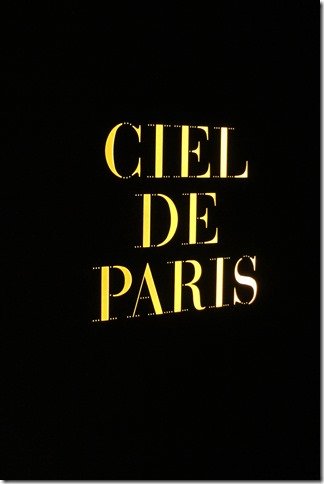 We arrived at 10 and immediately, I knew they had recommended the perfect place to end our trip to Paris. The view was absolutely breathtaking since the restaurant had wall-to-wall glass windows with unobstructed views of the Eiffel Tower.

In addition to the food, the waitstaff was one of the best I’ve ever experienced. The manager, Friedrich, spoke English and we quickly became friends. He had spent time in NYC last year and had nothing but praise for the good ol’ USA. He is also visiting Orlando this spring for some techno concerts {that sounded suspiciously like raves!}, so we filled him in with any Florida beta we could muster. Even better? He added birthday candles to my dessert, and then brought out a complimentary bottle of {real} champagne to say thank you for being his “most thoughtful” customers of the evening. Whaaaat?!

Both Will and I left Ciel de Paris feeling sublimely happy with our evening and our lives. Not only were we both incredibly content, but the dinner had seemed to put an unintentional “stamp of approval” on our relationship. In a way, we felt like the universe was sending us words of congratulations…and we hadn’t even arrived in Iceland yet!

What/where is the best meal you have ever eaten?