{If you have absolutely no idea what trip I’m referring to throughout this next couple of posts, I’m willing to bet you missed this write-up….and it probably doesn’t help that these stories are about 472 years delayed!} 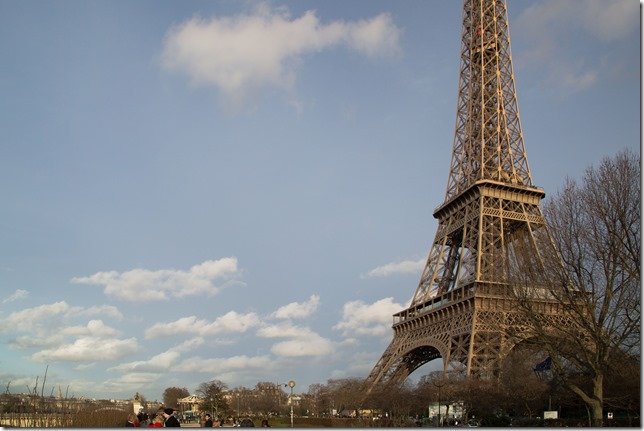 As you can imagine, I was beyond bewildered as we walked through Denver’s airport. I still couldn’t believe it: how in the world had Will managed to pull off such an amazing surprise trip?! My mind was spinning as I thought back to all the sneaky comments he had made over the past couple of months and all the bizarre coincidences that worked out in his favor. Want an example?

How did he get my passport?! Way back in October, Columbia had emailed all of the OmniTen, suggesting we had current passports. Of course, we all know now that it was because the winners of the OmniGames received a trip to Jordan. At the time, Will was stressing about how to get my passport from me without my knowing, and this email fell right into his lap. You see, I panicked when I received the Columbia email because I absolutely could NOT find my passport anywhere! I tore up boxes in the basement and destroyed our study upstairs; the damn thing was nowhere to be found. I clearly remember texting him at work, telling him the story, and thinking he was so helpful when he came home that night and went through every single box in the basement for me. {Turns out, I had left it at my parents’ house, but that’s another story!}

The point? After we located the missing passport in my dad’s top dresser drawer {again, don’t ask!}, I gave it to him to hang on to since he is far more organized than me. I played right into his hands! 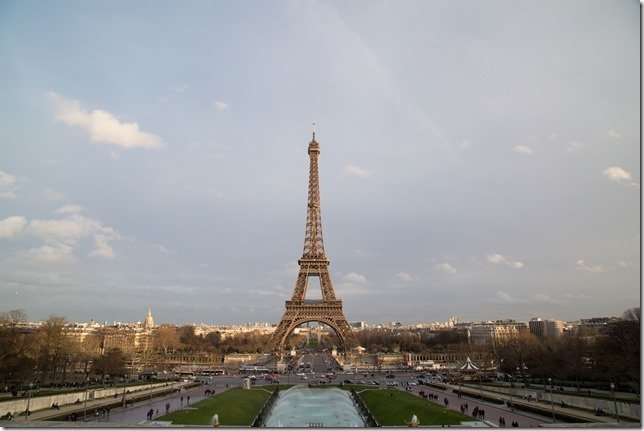 Regardless, these type of memories flooded into my brain as we walked through the airport, and continued circling through the noggin on our first flight to Iceland. I wanted to sleep so badly on the seven hour journey to Reykjavik, but I couldn’t. Will snoozed next to me while I watched movie after movie. I knew I should catch some zzzz’s to counteract the jetlag but my mind simply wouldn’t shut off! Will had totally bamboozled me and I was so excited! Thankfully, I pulled off a few hours on the four hour flight from Reykjavik to Paris, but I definitely wasn’t the most coherent.

We arrived in Paris on Saturday afternoon and spent a good hour navigating the metro system to get to our hotel {of course, this was after I realized that my suitcase had, once again, been shredded by the airline. Le sigh}. We were spending the next five nights at Eiffel Capitol Hotel, an adorable place located just a few blocks from the Eiffel Tower. I loved the location and was ecstatic that we would walk by the Eiffel Tower every single day. Yes, I know many locals find the thing ugly, but to me, the Tower is just so Paris! 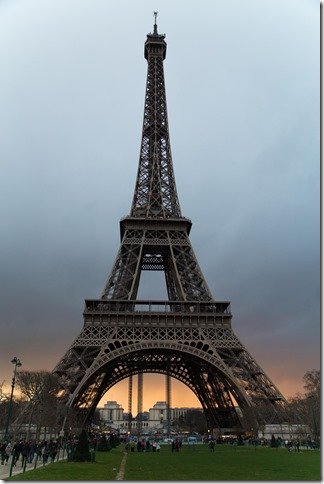 Just before a storm blew in

After a solid 13 hours of sleep on Saturday night, we stumbled out of our hotel on Sunday around lunch, ready to explore the city! First up was the ever-delightful nutella crepes! Yes, I’m totally aware that nutella is probably the least healthy food on the planet, but man does it taste good on a warm crepe! We ate our first of MANY immediately upon waking up….after all, we had a lot of walking ahead of us! 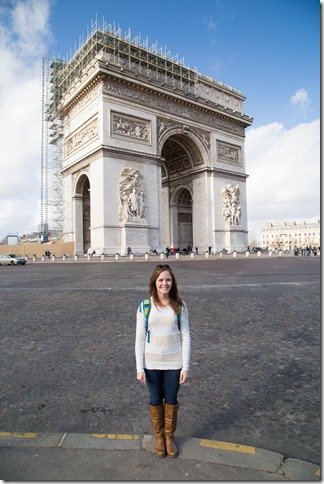 Sunday passed in a blur as we pounded the pavement all day. We both decided against an itinerary and instead, chose to wander the city and simply stop when we saw something cool. We wandered by the Arc de Triomphe and ambled down the Champs-Elysees to witness all of the shopping madness. Honestly, this area slightly depressed us because there were SO MANY PEOPLE! I’m not a huge shopaholic and the sight of Chanel doesn’t really ring my bell, so we skedaddled out of there quickly! 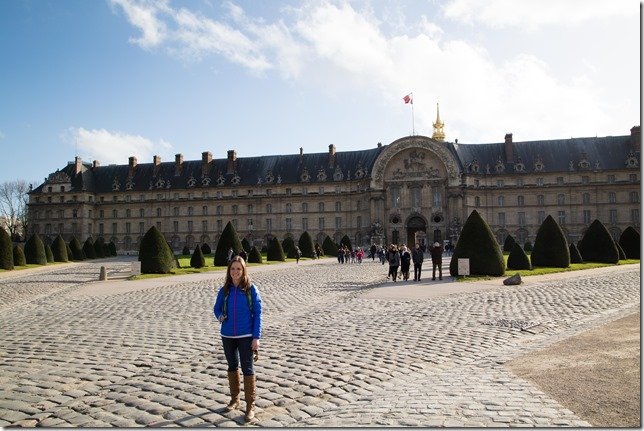 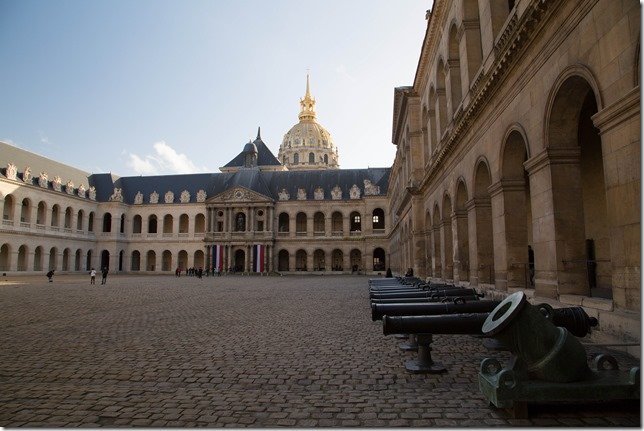 We swung by Les Invalides before inhaling our second nutella crepe of the day {two would soon become the daily minimum!} We made it over to Notre Dame to attend mass before downing some more food in the Latin Quarter. I had read that Hemingway enjoyed wandering the streets of the Latin Quarter and I could totally see why. The streets were incredibly narrow but tall buildings skirted the sides with colorful shops and restaurants. Basically, this part of the city looks exactly like what you would imagine Paris to be! 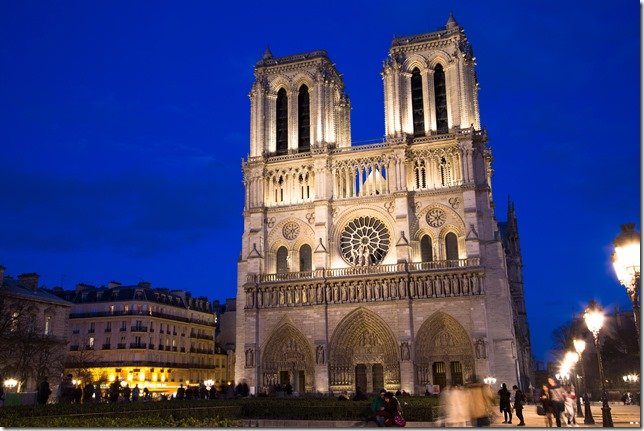 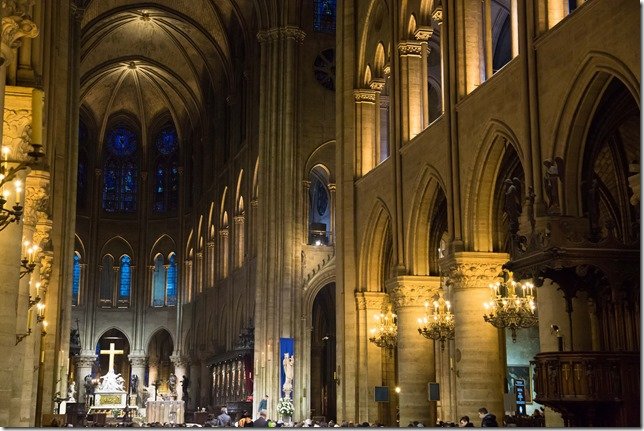 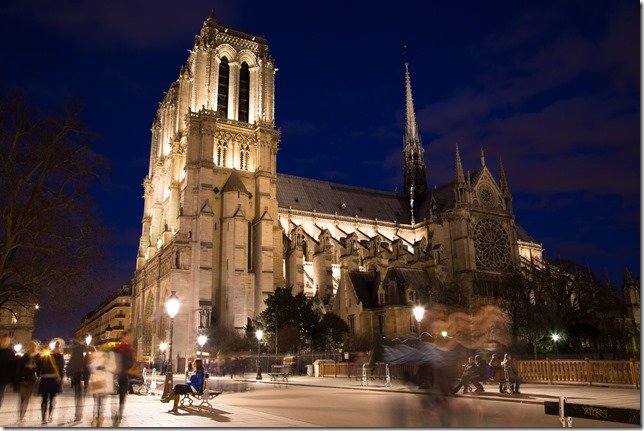 Will did a sweet time lapse series with everyone around me moving. This is just one of them, but the series is pretty awesome!

We found my all-time favorite bookstore called Shakespeare & Company and spent some time lounging in the upstairs reading room. I had first discovered this bookstore in 2002 and I was psyched for Will to see it. The building is nothing special but the history is fantastic: it was originally a 16th century monastery and then it became a wine shop. It was turned into a bookstore called Le Mistral in 1951, but changed its name to Shakespeare & Company in 1964 after the death of Sylvia Beach, the owner of the original Shakespeare & Company. The original store was frequented by greats such as Hemingway, Gertrude Stein and F. Scott Fitzgerald, so this store caters to writers in homage to the original crew. It has old, creaky bookshelves that perilously twist and are filled with musty books of every variety. In short, it’s essentially oozing with charm! 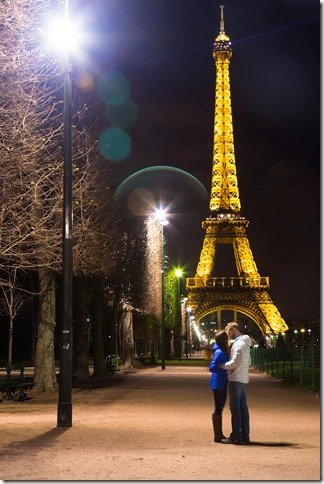 We eventually made our way back to our hotel with a late-night stop at the Eiffel Tower. Will wanted some evening photos of us at the Tower when there were less people there, and I’m so thrilled that he had us stop. I seriously love these photos!

Have you ever been to Paris?