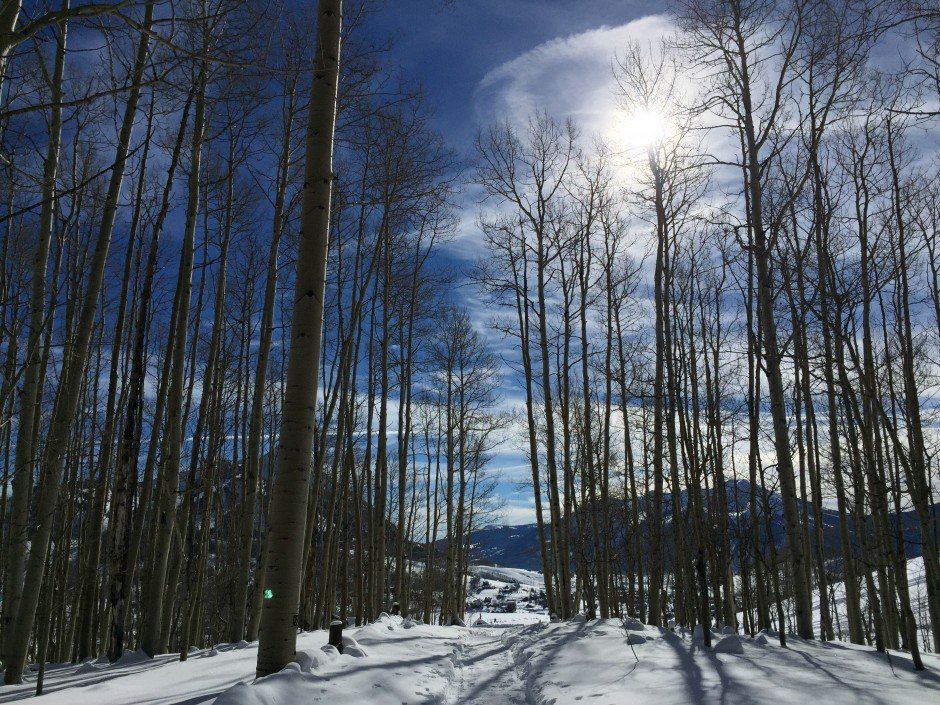 I’m sure I speak for everyone when I say that the past few weeks passed in a blur. Christmas in San Diego. New Year’s Eve in Boulder. This past weekend in Crested Butte. Throw in a backcountry yurt trip over the random weekend fit in that schedule and, well, my running training has been a bit…lax. Let’s take a look.

Wondering why I didn’t recap week #3 last week? Look below, and you’ll understand!

Monday: Trail running at White Ranch. I hit up these trails with a girlfriend I haven’t seen in awhile. We originally planned on a double-digit adventure, but the trails were still covered in feet of snow from our recent storms. We managed 5 miles with 1000 feet of gain, post-holing our way through the summit portions. I figure that counts for extra, right?!

Tuesday: Sat in a car all day while we drove to San Diego 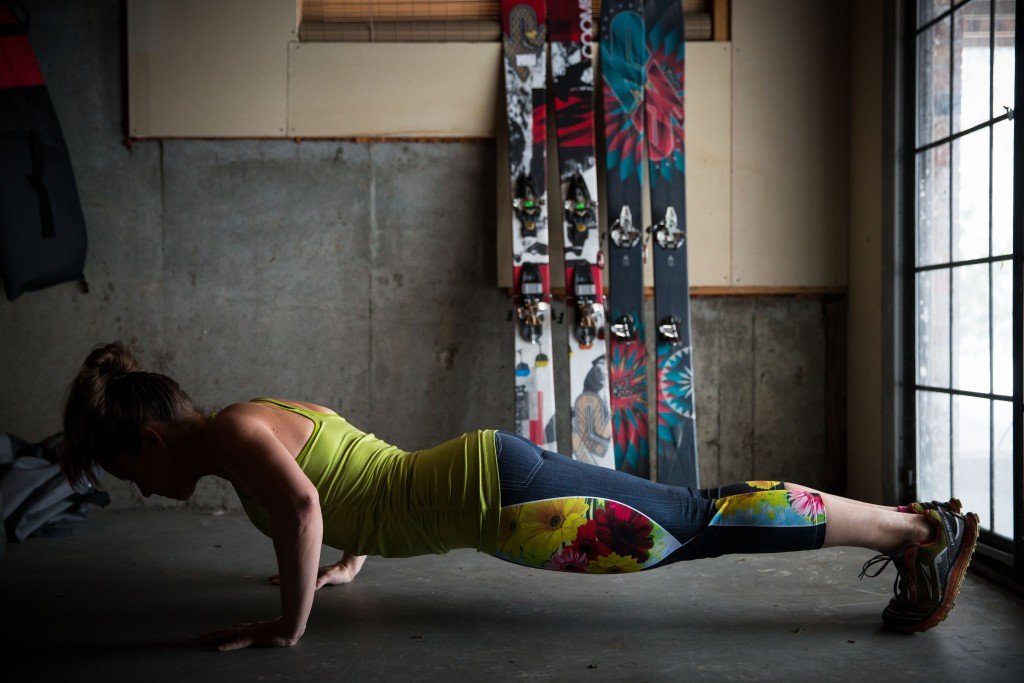 Thursday: I wasn’t about to leave Will’s family during our brief, 48-hour holiday visit, so Christmas Eve was spent wrapping gifts, eating rum cake, and indulging in family time.

As it should be.

Friday: Christmas Day! Again, the majority of the day was spent doing the family thang, although Will and I did manage to sneak away for a 45-minute sunrise walk with Tals. Then, the entire family walked the dogs at Balboa park later in the afternoon.

Saturday: Began the drive back to CO

Sunday: Wrapped up our voyage

In case you’re keeping track, that was a whopping one workout for the entire week. Yup. 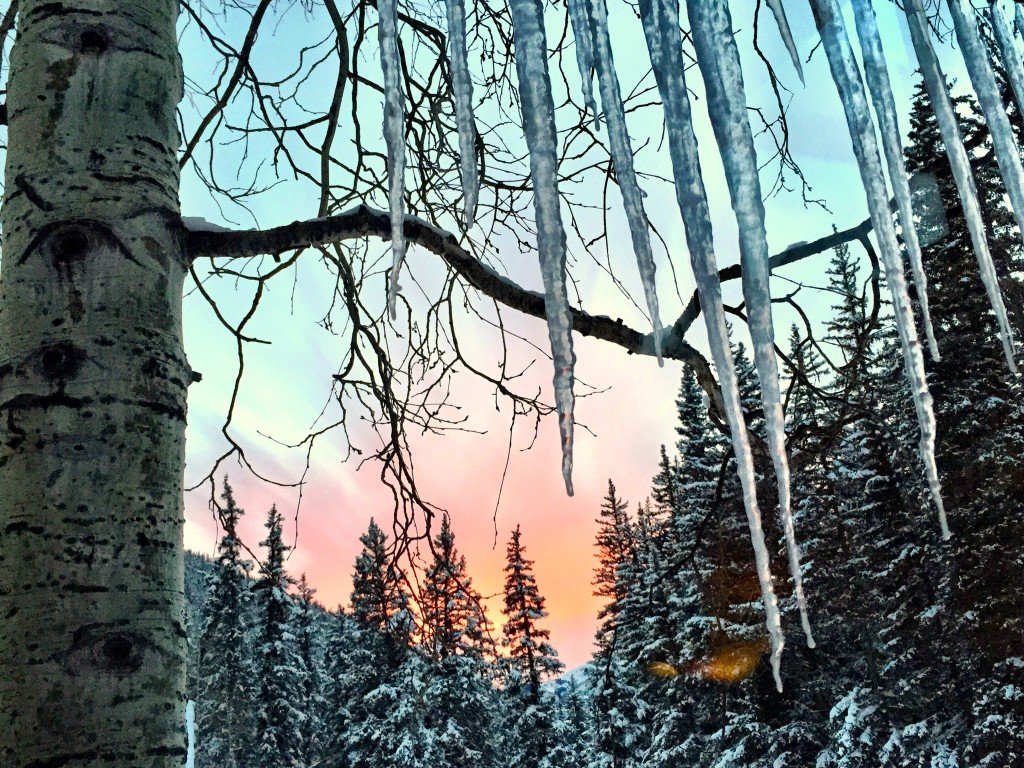 Monday: Absolutely nothing. I don’t even know what happened.

Wednesday: 4.5 mile trail run (1000 feet of gain) back at White Ranch with this gal. As luck would have it, we chose to run on the coldest day of the freaking month. High temps were in the single digits for the day, and our “feels like” temp was somewhere in the negatives when we hit the trail. We warmed up while running, but none of us felt like pushing even further in those temps, so I called it good after one lap.

Thursday: I worked all day. I had some edits that were due {today!} for the magazine, so I spent all day chained to my laptop. {Never fret– I made it out for a celebratory NYE dinner!}

Friday: We woke up late, packed our car, loaded Tals in the back, and headed to Crested Butte for a ski weekend with friends. I originally planned to bring my running shoes, but then….I didn’t.

Saturday: Five hours of skiing at Mt. Crested Butte. Truth be told, my quads were wrecked! 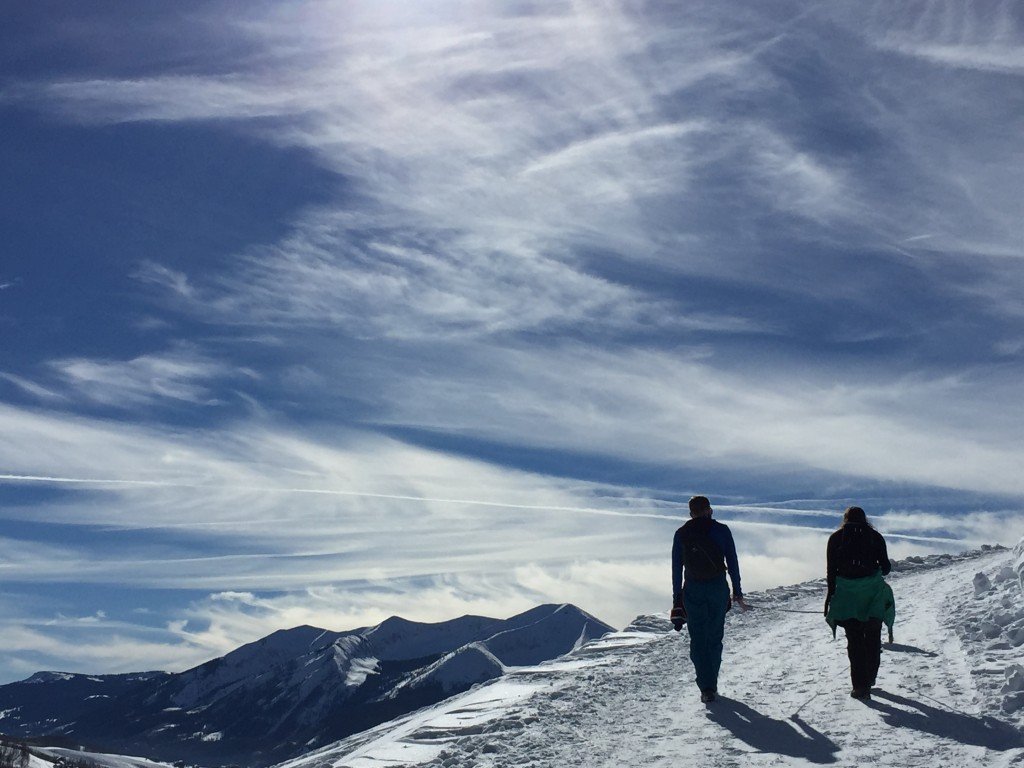 Sunday: Will, Rachel and I spent Sunday morning hiking in the Snodgrass area instead of skiing. I wanted to tire Tals out before the car ride back, so we hiked the popular snowy trail. Everyone else was in snowshoes or backcountry skis while we hiked in regular boots. I figure this gave us some stabilization bonus points?! No idea on specific stats, but we were out there for 2.5 hours and I’d wager we covered three miles with 8-900 feet of gain.

This may go without saying, but I seriously need to get my shit together in regards to R2R2R training. I headed back to CrossFit today and have some solids workouts on the schedule before I fly out for Outdoor Retailer on Wednesday evening. I’m hoping to bring my running shoes to the tradeshow, but with appointments and dinners beginning at 7:30am every day and ending after 10pm, I’m not sure how that will work. Regardless, I’m still feeling optimistic. I knew these few weeks would be out-of-control. Now, I simply need to recover and move on!