Running with the Elite: the Denver Rock ‘n Roll Half Marathon 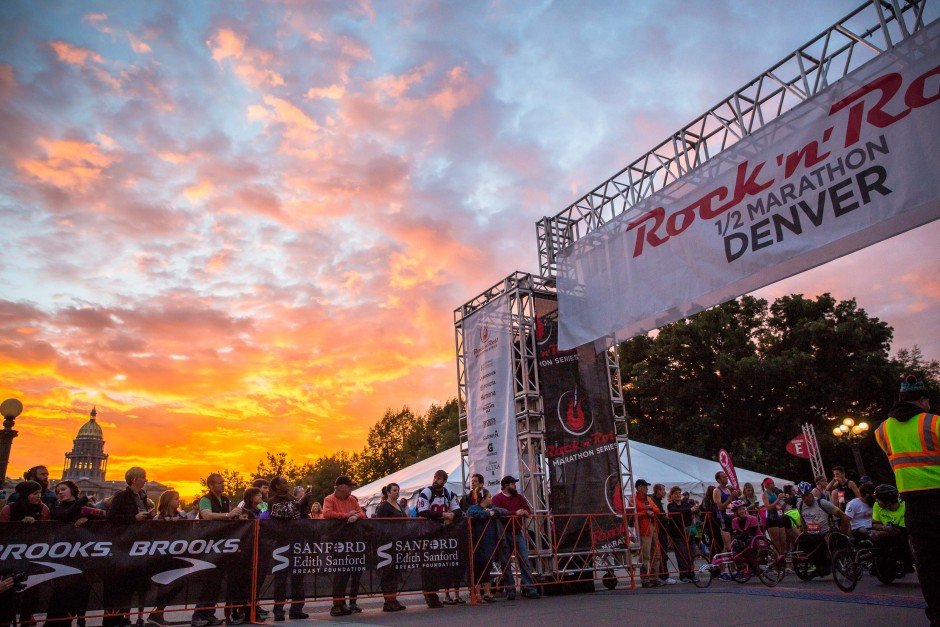 I’ve never been a fast runner, nor will I ever be. I’m naturally slow and absolutely HATE the pain that comes along with pushing the pace. So when the folks at Toyota called me up and offered a weekend full of new cars and fast ‘n fancy runners at the Denver Rock ‘n Roll Marathon, I was all in! 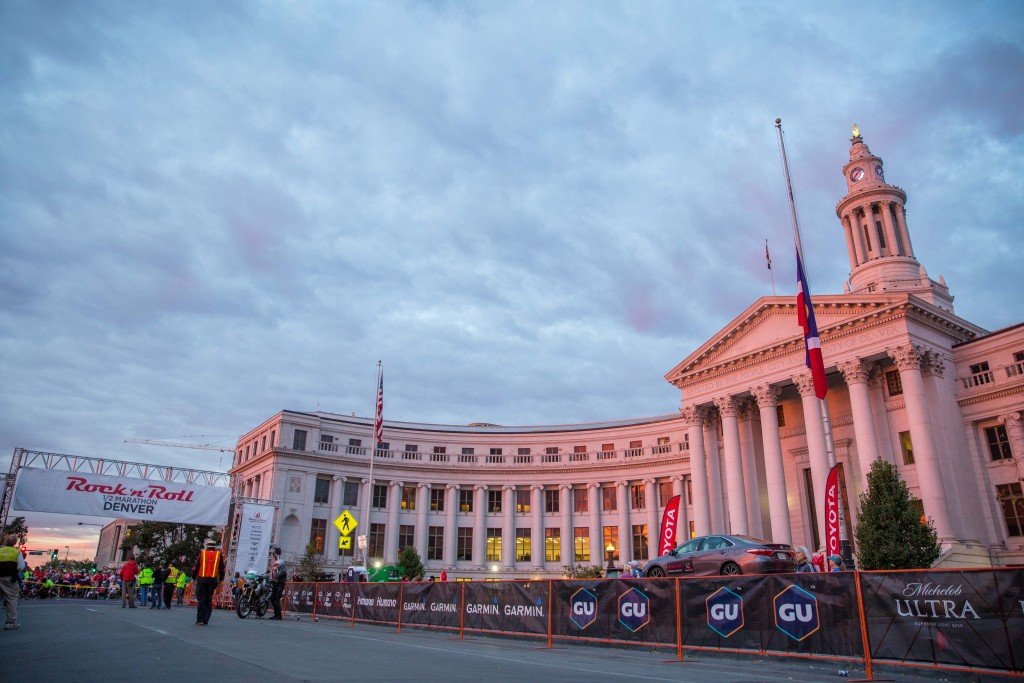 Photography by Will Rochfort

And truthfully, it was a timely email. Not only did Will and I have friends flying in from San Francisco to run the marathon, but it was also the last Denver Rock ‘n Roll full marathon. You see, the city of Denver cracked down on the full course this year, requiring RnR to completely change the route. The new full course was……um…..far less scenic than the original, so RnR decided to scrap the full marathon entirely and simply focus on the half marathon {which is far more popular anyway.} It was bittersweet knowing that our friend was running the last ever full course!

Not only did Toyota hook us up with a sweet day of fun at the race {since they were the title sponsor}, but they also loaned me a fancy new Toyota Corolla for our “VIP weekend.” Usually I’m not one to pay much attention to cars, but it sure was fun cruising around town in a shiny new vehicle!

{And for the love, I will never get used to a backup camera! I just can’t trust that darn thing!} 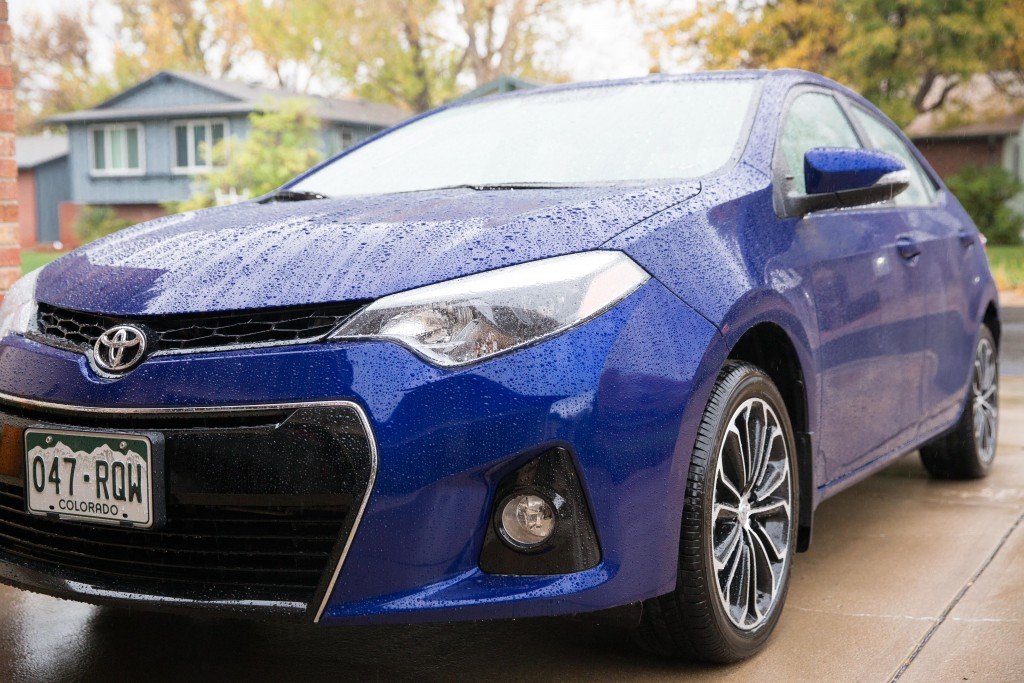 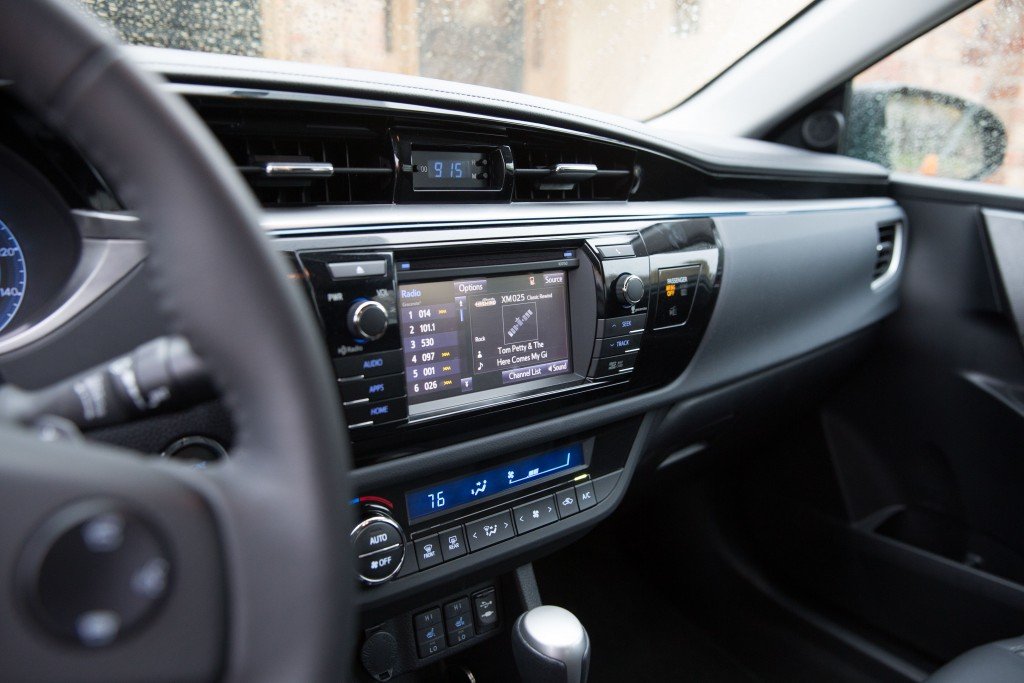 Sunday morning dawned super early as we promised the PR rep we would meet the lead car at the start line of the half marathon at 6:45 am. Toyota hooked us up with four VIP passes for the day, along with a couple of media passes. This meant Serena–our friend from San Francisco– had all-access to private bathrooms, heaters, private bag checks,  and breakfast before she ran the marathon. Since Will and I weren’t running, we didn’t need any of that– but the media pass did mean we got to ride in the lead truck for the half marathon! 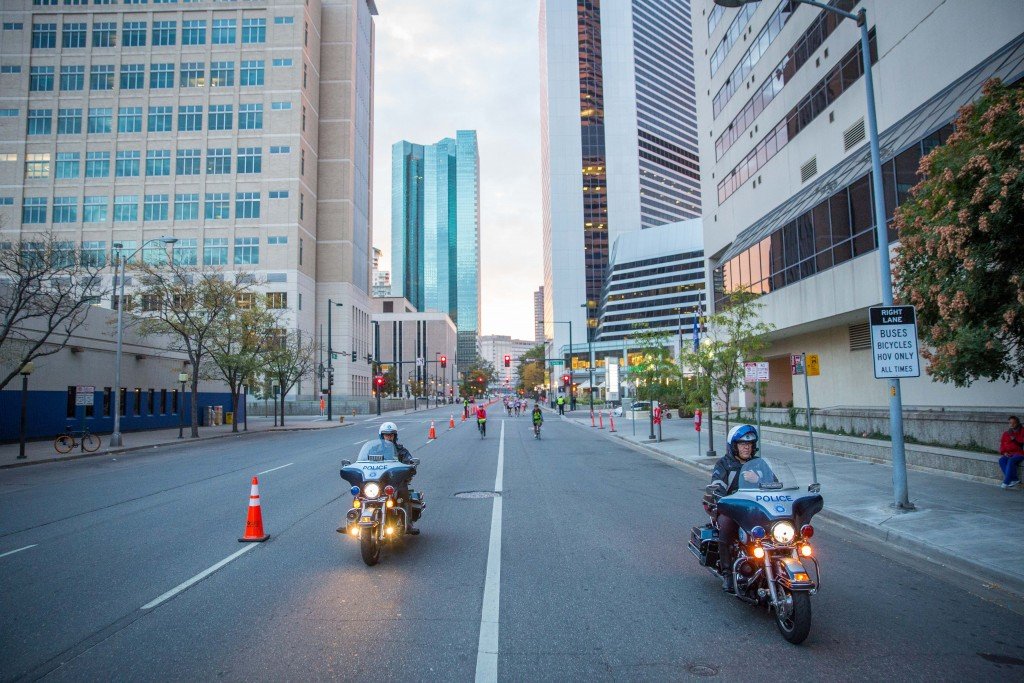 We showed up at the start and– as luck would have it– the other media folks had messed up their instructions and driven all the way to the  full marathon start in Henderson. Since that was a good drive from Denver, we got a virtually private ride in the lead truck. How cool is that? 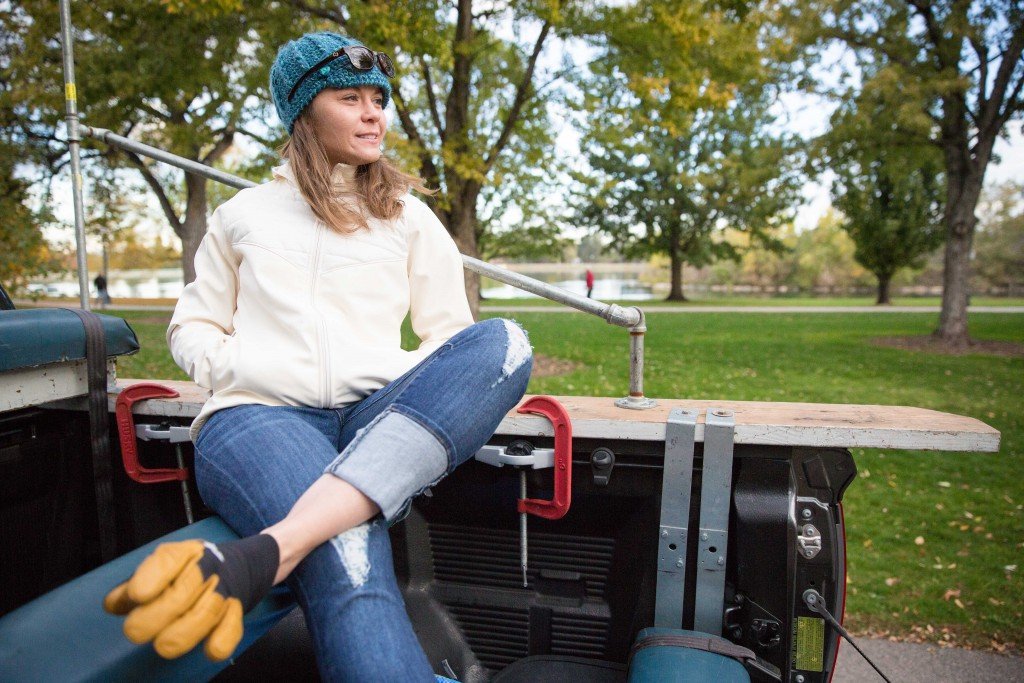 My toes were cold but I only had gloves…so this happened. 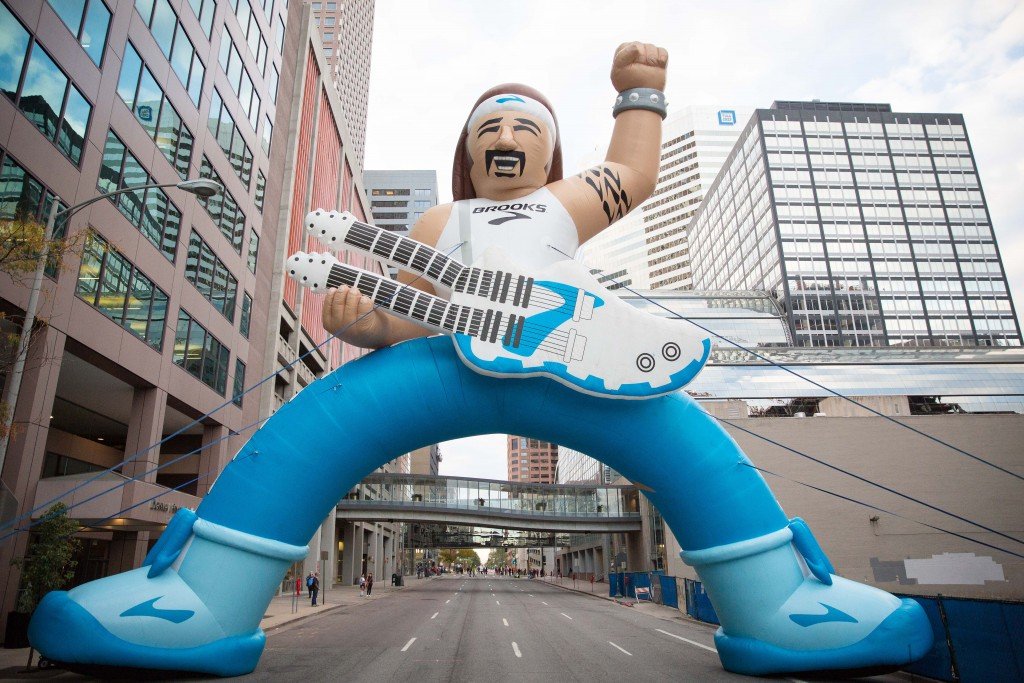 The starting bell rang promptly at 7:15 and with that, we were off in the back of our truck! Right out of the gates, I knew it was going to be a fun experience. The streets were closed for the event, so save for our truck and the police escort, there were no other vehicles on the road. We saw the sun rise over the deserted city streets while the runners poured their hearts into the race. The lead pack was a mere 50 feet behind our truck; they were so close I could see their quad muscles bulging with every step and the beads of sweat trickling down their faces. Awesome. 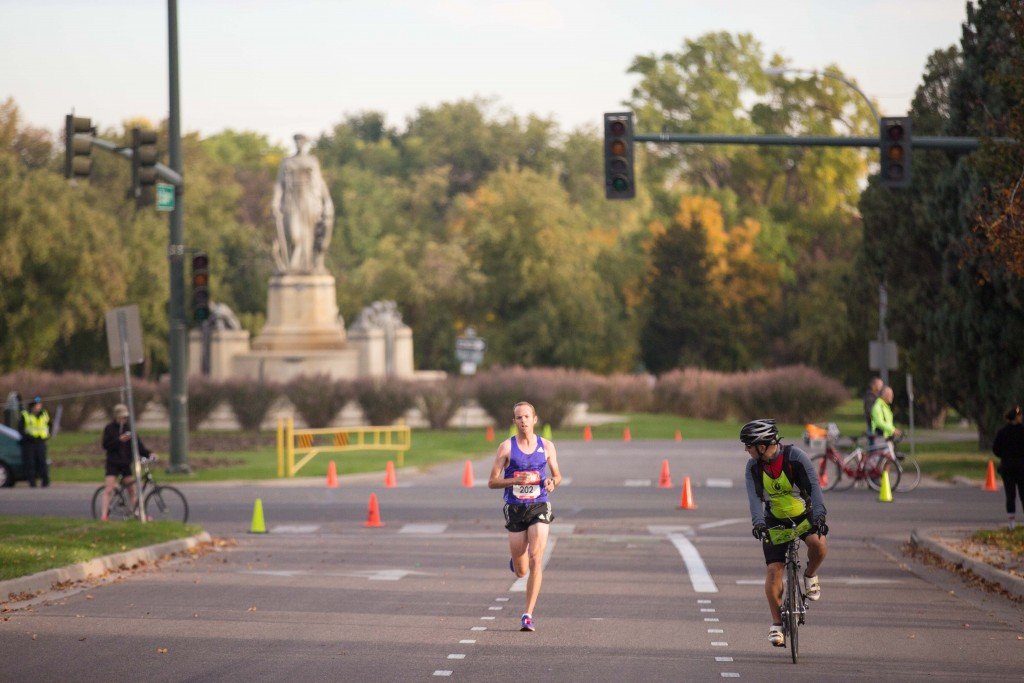 A group of five men led the race initially, but as the miles ticked by, it shrunk to a group of three. By mile 7 or 8, it was down to two men– and they battled for the remainder of the race. And y’all, I could not believe how fast they were moving! Again, I’m not exactly a speed roadrunner, but the turnover on their legs was insane. We were helping record the splits for the woman in our truck, and the two lead runners were regularly clocking miles at a ~5 minute pace. HOW DOES ONE RUN THAT FAST?! 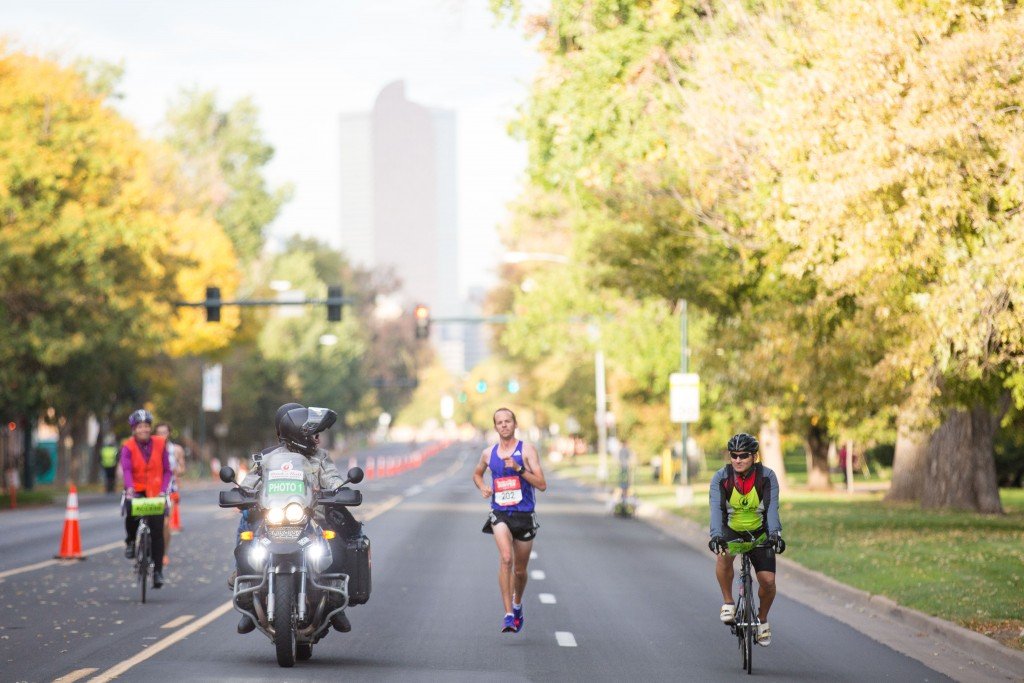 We learned from the crowd support that the two leaders were named Phil and Aaron. Around mile 10, Phil dropped back and continued lagging behind. From our angle, it looked like he hit the wall and I was pretty sure he was going to finish in a distant second, if not third place. Our lead truck broke away at mile 12 to loop back to the finish line. Because of traffic, we ended up missing the finish of the race which was a bummer– turns out, Phil made a major comeback in the last half mile to finish a fraction of a second behind Aaron! Aaron won the race with a time of 1:07.15, but it must have been a tight finish as Phil finished in 1:07.43. Bummed we missed that!

After the half, we used our VIP badges to hang out in the VIP tent and wait for Serena to finish her race. Serena is an amazing runner– her PR is 3:11– but I knew that Denver would be a tough race. Not only was it a gradually uphill course, but it was also blazing hot. Temps hovered around 80 degrees and an 8 am race start meant she was running in the heat of the day. Still, it was awesome to see her crossed the finish line well before the four-hour mark! Girl is a beast! 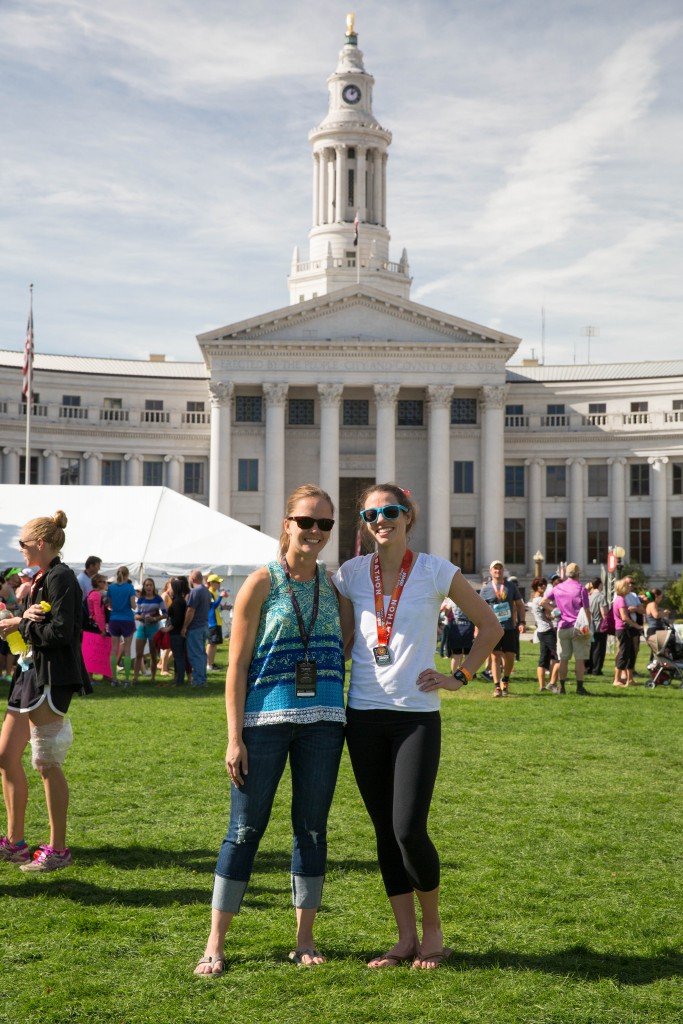 Huge thanks goes out to both Toyota and Rock ‘n Roll for a fun day. Since I’ve lived in Denver my whole life, there isn’t too much here that I haven’t seen. But deserted city street from the back of a media truck? That was definitely a first!

The Next Adventure: Bryce Canyon 50k