Steamboat Springs 10K: From the Back of the Pack 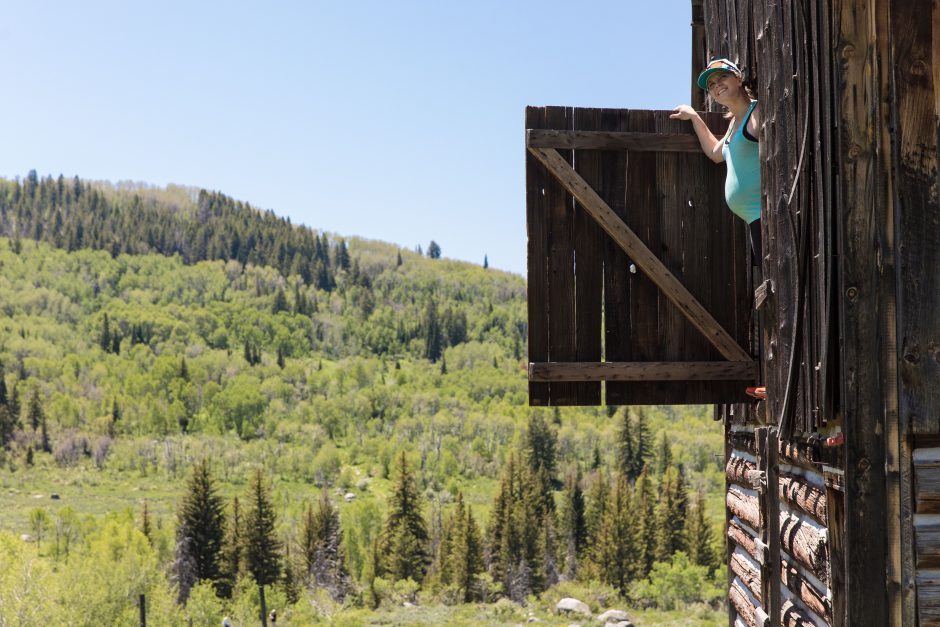 I’ve never been a speedster. I like running and enjoy the endurance component of the sport, but the ‘love of the game’ has never been from winning….well, anything. So when the beautiful mountain town of Steamboat Springs asked me to partner up for their ever-popular half marathon series in early June, I jumped at the chance. Would I win? Hell no; I’m a tortoise. But since the Steamboat half was my first-ever 13.1-mile distance back in 2008, I thought it could be fun to make a return voyage and see how I’ve improved.

But then we got pregnant, and that plan changed!

As late winter rolled into spring, I realized I wasn’t going to be able to complete the half marathon. Sure, I could likely walk the distance but truthfully, I don’t have that much mental energy to devote to self-entertainment while walking a 13.1-mile course. Instead, I opted to drop down to the 10k distance, knowing there was a good chance I’d walk part of the 6.2 miles while jogging the rest.

Added bonus? The folks running the Steamboat 10k agreed to comp Will’s entry too so he could join his preggo wife on the course!

And so it went. We headed up to Steamboat Springs on Friday night, checking into our hotel, compliments of the tourism board. Saturday passed in an uncomfortably-warm-for-this-preggo blur as we met up with the PR team for a sunny hike at Mad Creek, followed by a ridiculous lunch at Back Door Grill.

Fun fact: when I lived in Steamboat a decade ago, I worked at a restaurant called Cugino’s that was originally housed in the same building that now homes Back Door Grill.

The lunch itself was perfect. Our hike to Mad Barn wasn’t anything crazy or difficult; I’d argue that the trail is better suited to trail running than hiking. {Another fun fact: we shot these tank review photos in the Mad Barn back in 2014!} But seeing as I was logging back-t0-back days on my feet while carting around a developing child in my belly, we all agreed that it would be better to not push it. Four miles was a perfect hike distance and the lunch afterwards was truly a highlight. 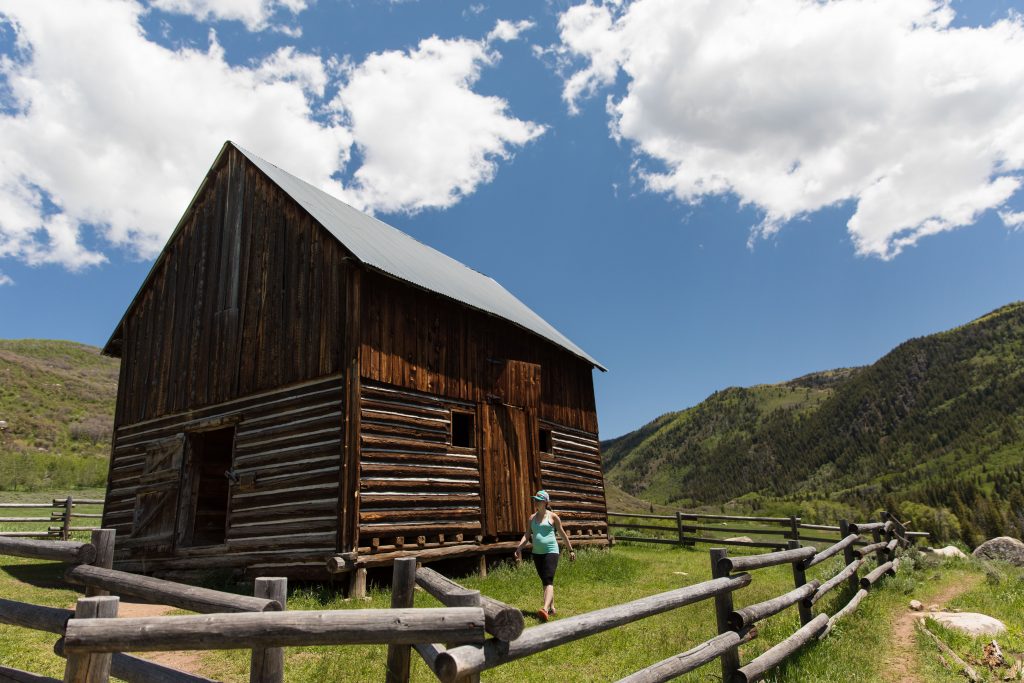 Neither Will nor I eats cow but that didn’t stop us from housing some gigantic meals as if we had just hiked the entire length of the PCT. Will truly went for the gusto and ordered an absurd concoction known as the Dirty Harry. Questionable name aside, the burger was truly a work of art, combining peanut butter, a fried egg, hash browns, cheddar cheese, and a bison patty all within the confines of a glazed donut in place of a bun.

And never fear: the menu denoted with an asterisk that no veggies were included on the sandwich. You know, in case you had health concerns.

But I digress. My point is this: as Saturday drew to a close, we both felt well-fed and ready to tackle Sunday’s 10k adventure. I fell asleep on my Snoogle {affiliate link} that I carted up from the city, excited for the morning to come.

Since we were jog-walking the 10k, the race start was exceedingly comfortable; we didn’t begin until 7:30 which allowed us to sleep in.  That said, I should’ve realized pregnancy was going to win the day as we milled around the start area, waiting for the gun to go off…

….and I had to pee. Again. And then a third time. Three visits to the bathrooms before we even set foot on the course. What, was this kid tap dancing on my bladder?!

The 10k eventually began and immediately hit a small hill. Since I had no intentions of running uphill, Will and I comfortably settled into the back of the pack and ambled up the hill, admiring the quaint downtown neighborhood. I even pointed out the house I used to live in back in the day while conversing with various familiar faces I saw along the course. 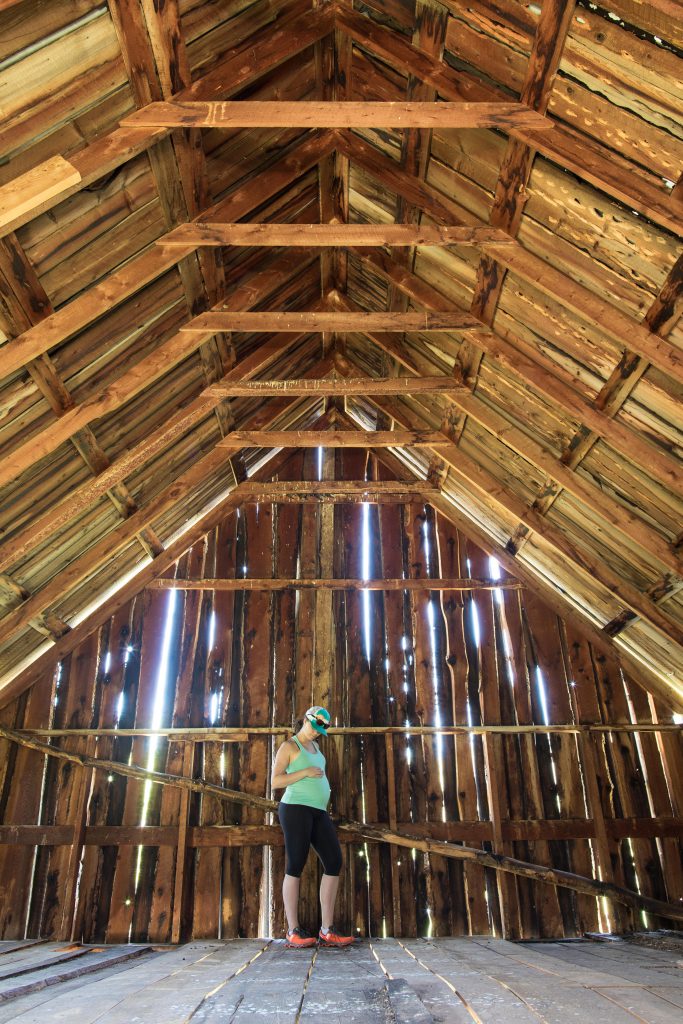 As the road leveled out, I told Will we could run. “I feel good today!” I exclaimed as I leapt into the air like a  lunatic. And I did feel good. And I did want to run. But we weren’t two minutes into our exceedingly mediocre pace when I felt that familiar jostle.

Dammit. I had to pee. Again.

Never one to be deterred, I veered off course into some tall grass by the high school. Since we weren’t even a mile into the course, there certainly weren’t any bathrooms and I knew I sure as hell wasn’t going to hold it. So I did my thing, ran back into the course, and announced to Will that I was ready to jog, yet again.

I’m guessing you know where this is going.

Sure enough, we weren’t five minutes into our next jogging effort when I had to yet again find some environmental camouflage. Eventually, I realized that this kid was not interested in running that day. Sure, I felt great but it was clear who was calling the shots when I stopped to pee for the fourth time in two miles. The feeling lessened if we walked, so I finally threw in the towel and told Will we’d just walk the rest of the course.

In all seriousness, neither of us cared in the slightest. We had just hit the 2.5 mile mark when we saw the lead runner off in the distance, damn near sprinting towards the finish. If I had been in my own pain cave, I wouldn’t have been able to admire his athletic ability. It was also a great way to give Will a tour-de-Steamboat. The course wrapped around the backside of town, passing the middle school I used to teach at before heading out into the country for the halfway turnaround point.

It was then that we realized the few stragglers behind us had dropped from the race; we were officially DFL. Dead Freaking Last.

I’ll admit that it was an interesting feeling. Again, I’m a pretty slow runner in general but I’m usually middle-of-the-pack. I’ve never noticed a course sweeper and I’ve certainly never conversed with him as he rode his bike behind me in large swoops, trying to pedal as slowly as I was walking. 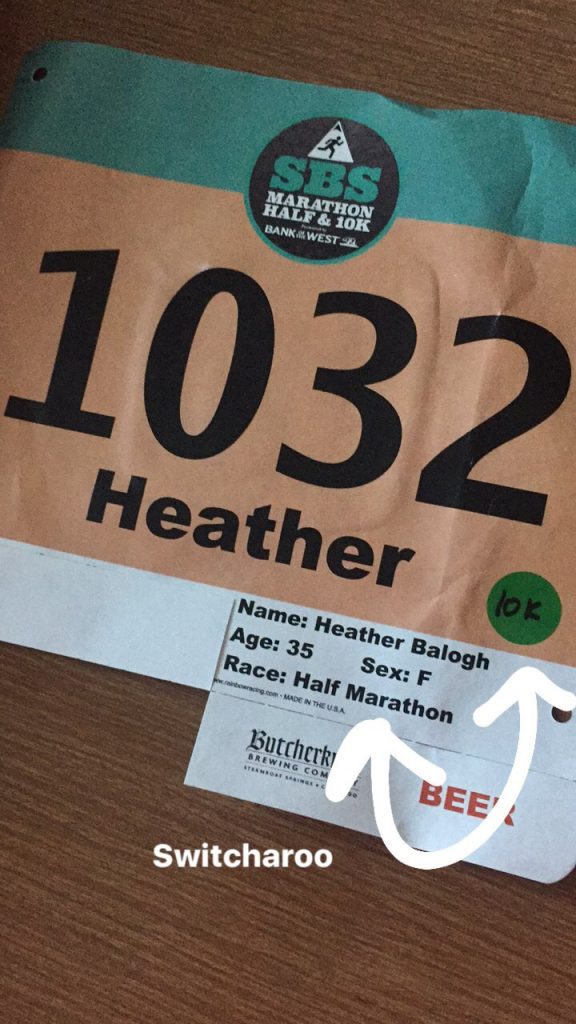 I was processing all of this and was reminded of a blog post I read a long time ago on my friend Heather’s site.  After waking up sick and miserable, she ended up walking almost the entire Heartbreak Hill half marathon back in 2014. And while a wonderful race, she had a pretty terrible back-of-the-pack experience that left her more than dismayed at the situation left for slower runners. She experienced almost no crowd support, no road closures, and an overall closing of the course. {She can tell her own story better than me, so check out the link for the entire summary.}

I mulled this over as Will and I strolled by a family set up on the course in their lawn chairs, enthusiastically banging on their cow bells for the maternal-looking woman and her husband. Maybe it was the small town, maybe it was my bulging belly, or maybe it was a byproduct of being a different race, but we thankfully didn’t experience anything similar to what Heather found.

The beyond-kind gentleman riding his bike never once pressured us to hurry up or move it along, and even rode alongside us for awhile to engage in conversation. He even made me laugh as he informed me that more leg hair during pregnancy usually equalled a boy while less leg hair meant we were having a girl. I told him I’d remember that later.

The single aide station on the course was fully stocked with water and snacks, and they even offered us some of the tasty-looking donuts from their personal stash. Tempting!

We found multiple groups of families outside of their homes, excited to cheer on anyone who passed the end of their driveway. A duo of little girls even gave us a little cheer, complete with cartwheels and bubbles, as we sauntered by their property.

And near the end of the course, the Steamboat 10k does something ingenious for those of us wandering at the absolute back of the pack: you finish the last quarter mile on the same course as both the half and full marathon. We turned onto Main Street {in our own lane, so as not to interfere with the runners} and found ourselves walking among the half marathoners that were cruising in towards the finish.

Sure, I didn’t really mind being DFL in the 10k at all. I was walking the course for a reason and was quite content in knowing that I was taking care of my body {and my bladder.} But I will admit that it was nice to have crowds of support at the finish, complete with an announcer and other supportive runners….as opposed to crickets. 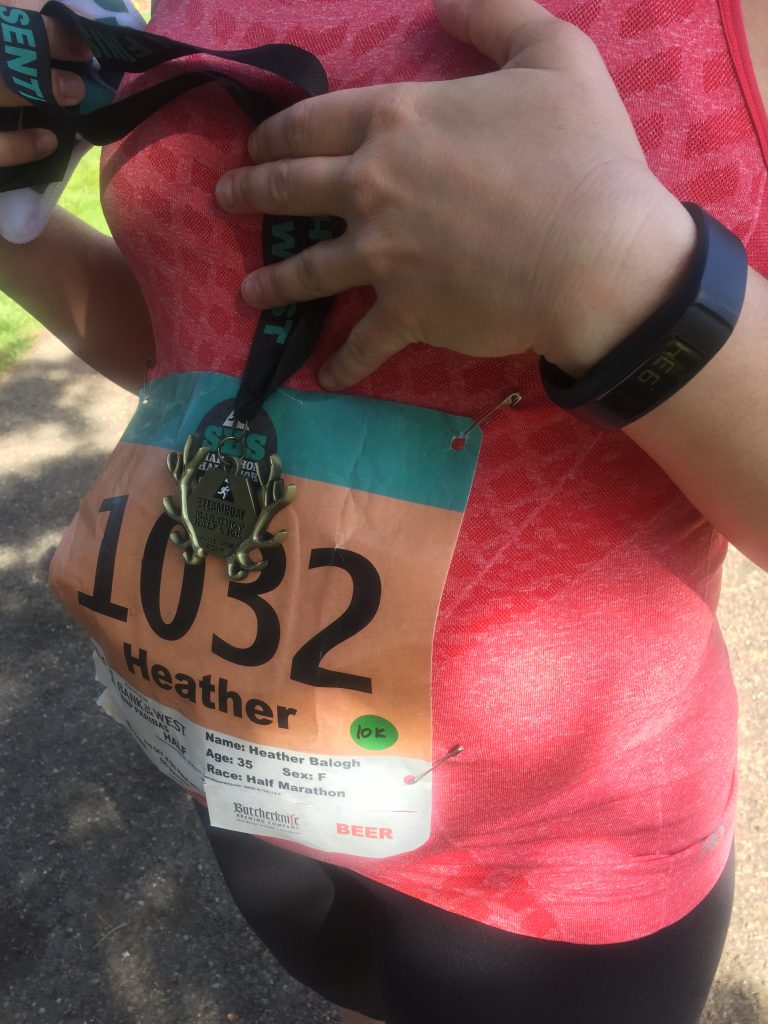 And now I can tell Future Kiddo about our first race experience together!

Pregnancy: Everybody Has an Opinion