Here’s the thing: I definitely have lots of stories to share about this weekend’s backpacking adventure (foreshadow: I ended up barefoot in a glacial river!), but since I am only a mere iPhone connoisseur, my photos are less than ideal. Will, on the other hand, is a photographic wonder and his snaps are much better than mine, so I’ve decided to save the recap for later this week when he has edited all of his pics. Then I can tell my stories WITH beautiful images. Hooray! 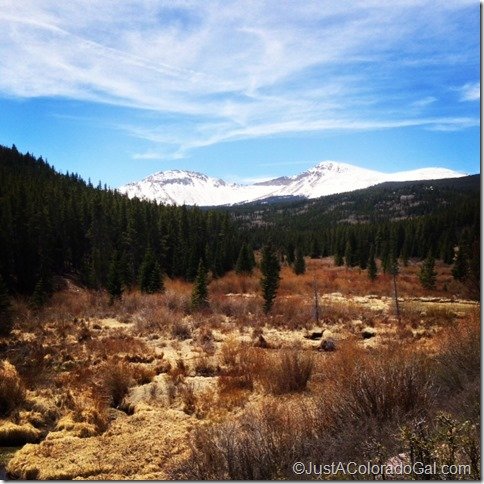 Backpacking iPhone photo for the win

In light of this delay, y’all get to hear about some decidedly less exciting news: my freaking digestive system.  How psyched are you?!

Ever since I finished the Whole 30 at the end of April, I’ve been gradually adding food back into my diet in order to determine which foods were exacerbating my breathing issues. This was actually much worse than doing the restricted diet because I had this weird mental game going on in my head: after 30 days, my brain kept yelling at me to stop when I’d start eating a non-Whole 30 food, acting as if I was doing something wrong. Luckily, I have the mental constitution of a ninja so I was easily able to shut that nonsense down…but still. It was kind of weird!

Anyway, my results have been very mixed and quite honestly, confusing as hell. The good side is that it is immediately evident whenever I eat something that my body dislikes. In fact, Will and my parents both notice as well because I instantly start coughing and clearing my throat because of all the drainage that starts flowing like a river. Additionally, I’ve developed a *nice* side reaction to averse foods: my stomach hates them! Prior to the Whole 30, I had a stomach of flipping iron and could eat anything without any consequences. However, removing everything from my system for a month seems to have also eliminated my stomach’s resilience to poor food choices. If I eat something that my lungs don’t like, my stomach gets really bloated and uncomfortable…and sometimes other side effects come along with all of that. I’ll save you the details, but just know that’s it’s pretty freaking miserable. However, I can handle this; to me, it’s a positive that my body is so clearly telling me when something is a fail. Unfortunately, my wiring system seems to be faulty: it is not following any semblance of a pattern!

Sadly for me, my body isn’t reacting the same way to the same foods. For example, one of the first foods that I reacted poorly to was black beans (of all things, right?!) I had ordered a chicken salad at Chipotle which I had been eating just fine: lettuce, chicken, salsa, and guacamole were working out great for me and my taste buds. Naturally, I assumed black beans would be a happy addition but I was wrong: within 30 minutes of finishing dinner, I was coughing and clearing up a storm, and the symptoms continued all night long until I had blistered the roof of my mouth. Blah. However, I had some black beans a week later to double test myself, and absolutely nothing happened. WTF? 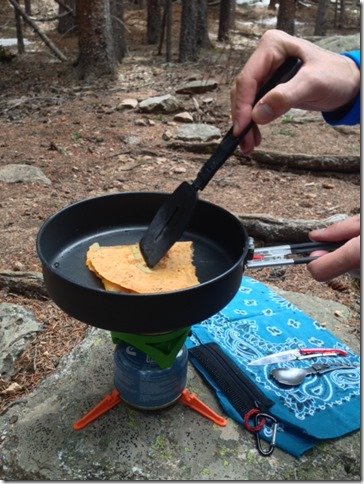 Trail side lunch this weekend that my body loved: cheese and tuna quesadillas

Even better? Neither my stomach nor my lungs can decide whether they like or dislike crappy, preservative-filled foods. After a month of experimenting, I’ve learned that my body is fine with a Frosty from Wendy’s or frozen yogurt (with a zillion toppings!) from the local froyo place, but it totally goes into Stage 5 freak out mode when I eat birthday cake from the grocery store or a Pop Tart (Trust me: when I say Stage 5 freak out mode, I truly mean it. I ate the birthday cake at a BBQ last night and I was miserable for the rest of the night. And you don’t even want to KNOW how much coughing and hacking Will heard while packing out of the woods on Sunday after I decided a Pop Tart would be a quick and easy (and calorie filled!) camping breakfast). I thought the common denominator was grains and/or bread but I can inhale an ice cream sandwich or a regular sub just fine. Seriously, what gives??!

My only guess is that my dominant trigger is one of those bizarre, chemically-named preservatives that exist in 99% of our processed foods. I haven’t sat down to analyze the ingredients to investigate which of my poor life choices is causing my body to suffer, but I truly suspect that to be the cause. Unfortunately, until I know which ingredient is trying to cause my slow death, I’m stuck avoiding all the unhealthy deliciousness in this world…..other than Frosties and froyo, of course!

Do you have any food allergies? Or any food that just makes your body go all wonky?

Backpacking in the Rawah Wilderness

Premier Protein Snacks for You!