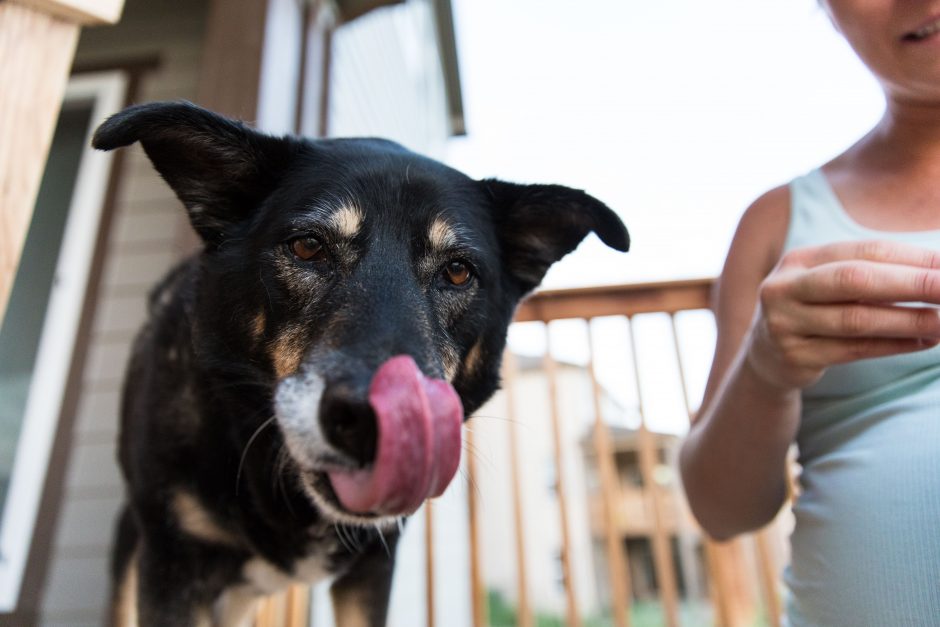 This post is sponsored by Wellness Natural Pet Food. Thoughts and opinions are my own.

I once read a quote that said, “If you’re lucky, a dog will come into your life, steal your heart, and change everything.”

I never imagined 11 years ago that the bedraggled mutt I salvaged from Denver’s Dumb Friends League shelter would become one of my favorite personalities on the planet. She quietly sat in the passenger seat the entire way home, watching my friend and I with wary eyes and her ever-moving eyebrows as we navigated Denver’s traffic corridor. Once we reached my parents’ house {where I was temporarily living}, she proved her intelligence to me within the hour.

Yup, Tals house trained herself within the first sixty minutes of me bringing her home! 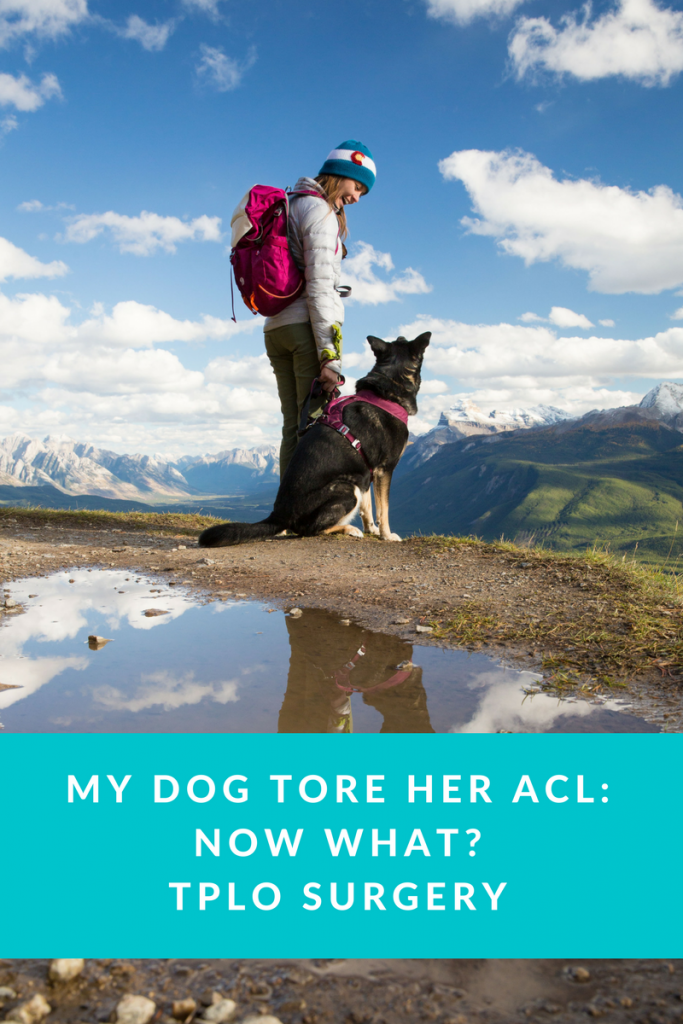 Upon reaching the house, she got intimidated by my parents’ then-boxer Zeek, a massive 95-pound giant animal with a head the size of a battering ram. He was a gentle giant but his sheer mass literally scared the pee out of Tals and she urinated right on the carpet. Without thinking, I let out an audible, “Oh Tals!” as I went to clean up the mess.

Once I was done, I walked her over to the dog door where my mom crawled through it to show Tally how she too could easily access the backyard {My mama is only five feet tall so this was a much easier feat for her!} Tals was a bit confused as to why this bizarre human was crawling through the door, and I could see her puzzling out the situation behind those sharp-as-a-tack caramel eyes. Finally, she acquiesced and followed my mom through the dog door.

And that was it; Tals has never had an accident in the house ever since. 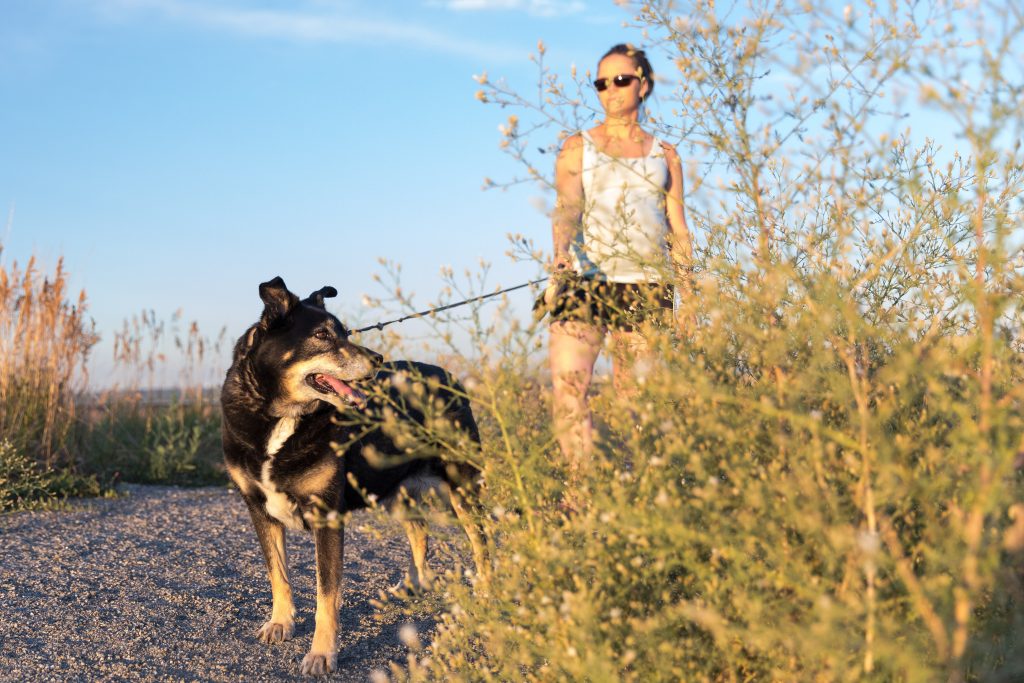 Eleven years later and a lot has changed in my life; I moved away and back to Denver, finished grad school, spent some time abroad, launched my writing career, met my now-husband Will, got engaged and married, bought and sold one house and then built and moved into another, and am currently expecting a baby in the next nine weeks. But one thing remains the same, and that is the ever-constant Tals by my side.

That’s why this week is going to be absolutely brutal.

Awhile back, I noticed Tally had a severe limp. After a few vet visits and a follow-up with a specialist, my worst fears were confirmed: Baby Girl tore her ACL. 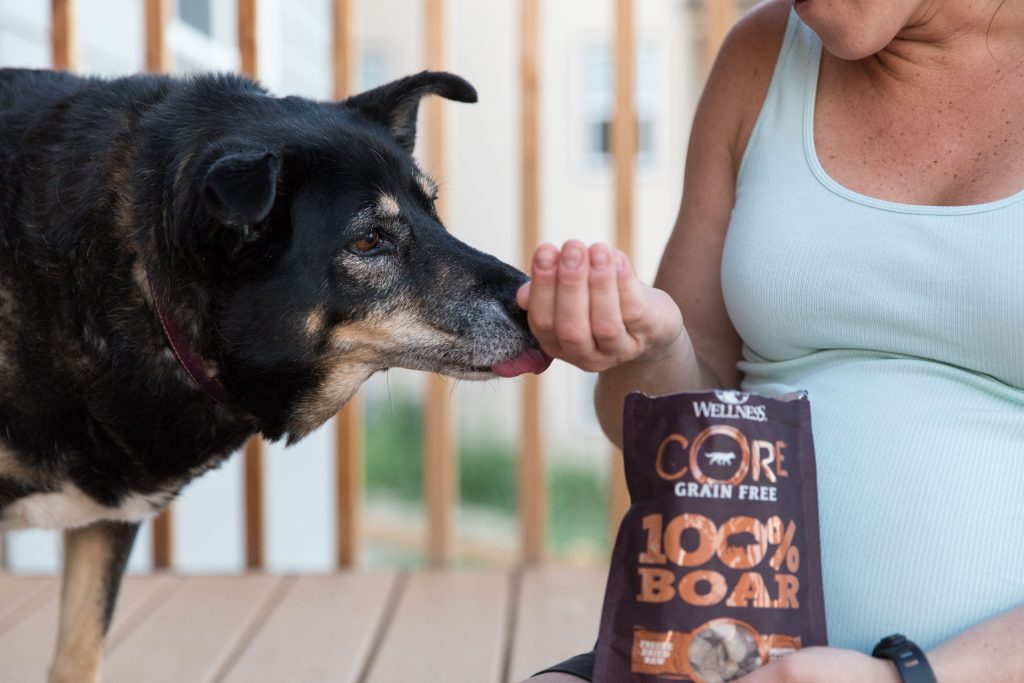 This is where a lot of back and forth came into play. ACL tears in dogs are common, especially of her size and breed. Unfortunately, Tals is on the older side and the TPLO surgery is not cheap {we’re talking $4-5k}. After two vets confirmed she needed the procedure, they both listed my options:

After talking to the vets, Will and I spent a solid month debating the pros and cons of our options. I’d be a liar if I said we didn’t consider the financial impact, especially with a baby on the way. But once we accepted that we could come up with the money, I began to seriously evaluate whether an intense surgery like this was in the best interest for Tally. At 11 years old, would she be able to recover?

We watched her walk around for a month and we both realized that we couldn’t let her live out the rest of her days in this manner. As it stands, Tals can’t go upstairs so Will has to carry her into our bedroom every night so she can still sleep with us. Instead of heading out into our backyard in the morning {where she has to walk down our deck stairs to get into the grass}, I realized she was holding her pee to avoid the staircase entirely. She can handle a 20 minute walk through the neighborhood at best; anything more than that and it hurts her leg too badly.

Finally, we realized we couldn’t let it be this way. This sweet dog has devoted her life to taking care of her mama and we both arrived at the conclusion that she deserves better than hobbling away through her remaining days. All of her blood work has come back perfect, indicating no reason that the anesthesia should cause her any problems. I asked the surgeons for their personal recommendations and they all said the same thing: “I see no reason why she won’t recover perfectly and have another couple years of happy frolicking on the trails.”

And so it was decided; Tally was having TPLO surgery. 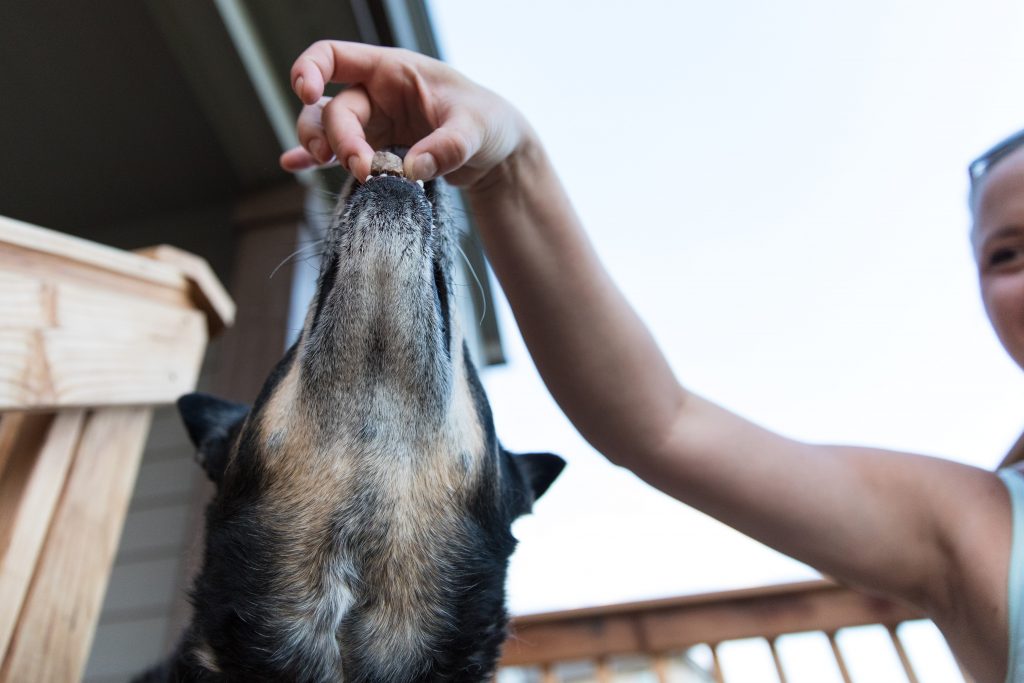 The surgery is scheduled for this Wednesday, August 9 and truthfully, I’m a basket case. I am beyond worried about her and I imagine my pregnancy hormones aren’t helping with the tear factor! Honest to God, I began crying on the phone with the secretary at the animal hospital when I made the appointment! {And truthfully, writing this got the water works flowing again!} Poor Will is the one taking Tals in on Wednesday morning because I know I won’t be able to make it into the parking lot–let alone the building– without losing my cool in a very public and emotional manner.

In the meantime, we’ve been trying our best to maintain Tally’s weight so that her recovery is easier and quicker {and so that she has a slimmer chance of busting the other ACL.} Fortunately, thanks to Wellness Pet Food, Tals still has the good luck to be a sponsored dog!

Even though they knew Tals was going to be heading into surgery this summer, the team at Wellness Pet Food still wanted to be a part of her recovery, which I’m beyond thankful for. Their original CORE recipe is Tally’s favorite and the raw kibble has become part of her weight-loss routine this summer. She gets SO DARN EXCITED every time I scoop her food into her bowl and I can’t even handle the butt wiggle when she prances over to eat her meals. It’s a grain free, high-protein diet that has a lot of turkey and chicken liver packed into the nuggets. To be fair, I haven’t exactly eaten it myself but I know Tally’s face lights up like a kid on Christmas at meal times, so I’m calling that a win! 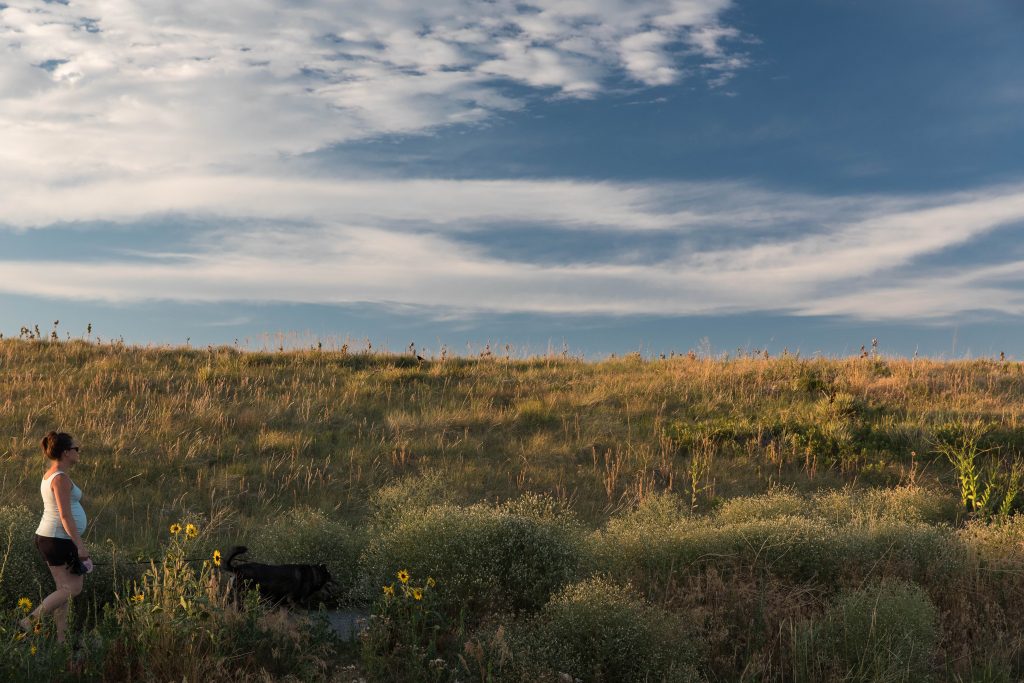 We’ve also been giving her the Core 100% Freeze Dried Boar bites as treats and let me tell you; that’s going over quite well! I didn’t want to give her too many treats since she tends to like the meaty chunks that pack on a lot of weight {which is not what she needs right now!} That said, she is good girl and deserves her treats, so this was a happy medium. They only have two calories per bite so we’re not exactly blowing up her calorie consumption, but she thinks the boar is QUITE fine. I wasn’t sure how that would go over since she had never eaten boar but I dare say it’s her new fave.

All this is to say that this past weekend was filled with a couple walks, lots of cuddles and a few extra bonus treats. Tals is curled up on the carpet by my feet, her little paws occasionally running as she dreams of chasing rabbits or mountain goats. We have one more full day before she goes in for the big surgery, and you better believe that I’m going to give her all the attention and love that Baby Girl deserves!

If any of y’all have been through this surgery/rehab with your pup, get at me! I’m beyond nervous and would love to hear any advice and/or bits of useful information that will make the next eight weeks more bearable.