The Five Best Podcasts for Running 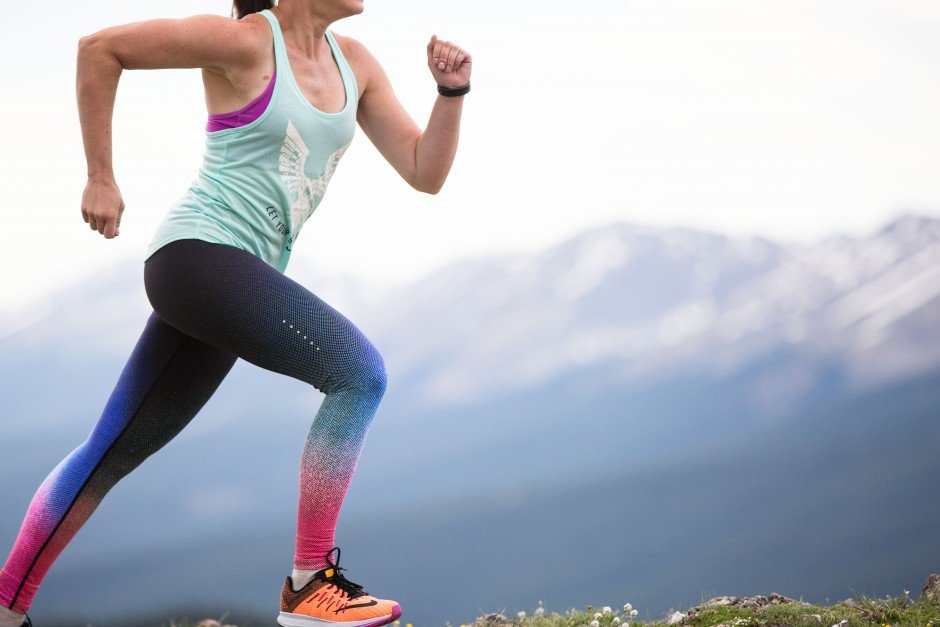 A long time ago in a kingdom far away, I could only run while listening to music. I was adamant on the point: no music = no running. But then I signed up for a trail race and music wasn’t allowed. I forced myself to learn to run in silence. And while that was fine for that specific race, it didn’t cut it for longer runs. As I became drawn to longer and longer distances, neither silence nor jams kept me entertained for hours on end.

I first tried audiobooks and while those are great, they’re pricey. After purchasing a handful of books, I realized that my running habit was going to break my bank account! That’s when I discovered the world of podcasts and never looked back.

You see, I almost always run alone. And as my training runs grow into more hours than I care to think about, I realized I needed company inside this brain of mine. That’s the beauty of all of these podcasts: they’re not motivational. Rather, they’re entertaining and/or interesting so that I feel as if I’m in the middle of fascinating conversation. When I’m three hours into a slog, I appreciate a feisty debate or hot topic that captures my attention so that I’m not focusing on the pain in my feet. 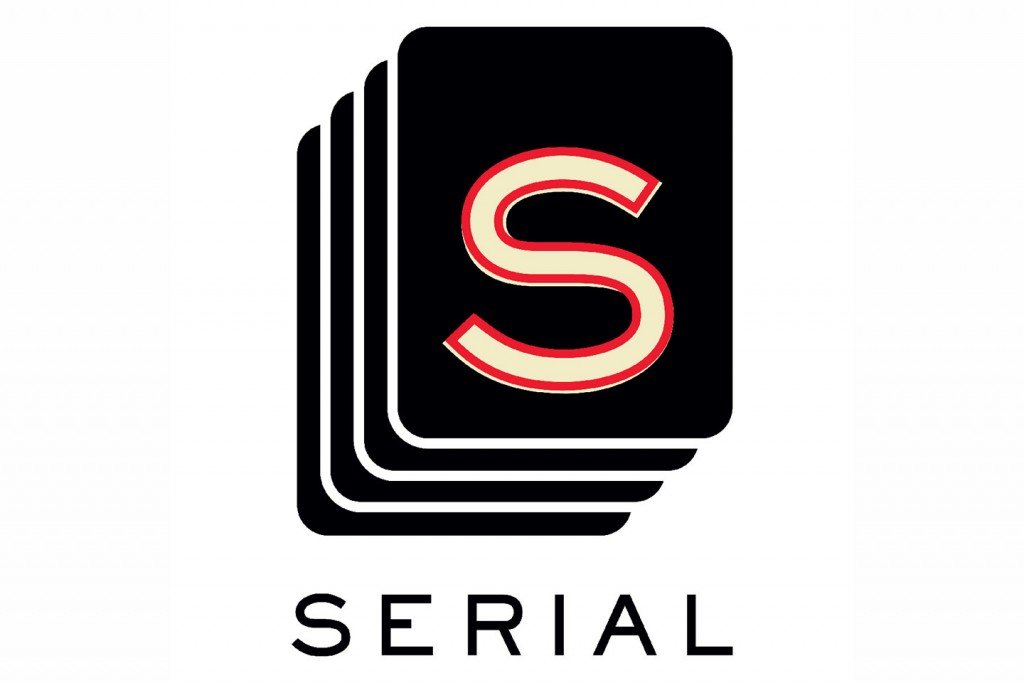 Let’s start with the most popular podcast in recent memory: Serial.  When the first season was released last year, I ignored the hype. I tend to be a late adopter and wasn’t really interested in this podcast that everyone was talking about. Murder? Not exactly easy listening!

Thankfully, the first season was almost over by the time I tuned into the first episode. I say thankfully because I was immediately enthralled with the story of Adnan and couldn’t wait until the next episode. I found myself running an extra hour…or two, just so I could listen to the next episode!

If you haven’t heard of Serial, never fear. The first season focuses on the 1999 real-life murder of Hae Min Lee, a high school student in Baltimore. Her ex-boyfriend, Adnan Syed was convicted for the crime and has been in jail ever since. But– BUT!–that’s where the podcast begins. Host Sarah Koenig walks listeners through the facts, the case, the trial, and the story in an episodic fashion that reevaluates whether Adnan really committed the crime. She never arrives at a conclusion but most of listeners developed opinions on whether Adnan was a criminal.

Season two just began and while totally different, I am almost more interested. Again, Koenig is hosting the show in an episodic fashion, but this time the story focuses on Bowe Bergdahl, the American soldier who walked away from his post only to be captured and held hostage by the Taliban for five years. His recent rescue under the Obama administration was a hot topic since many believe we should have left Bergdahl over there since he was a deserter. Others are more interested in the logic of why Bergdahl walked away from his post because he claims he had good reason. Either way, it’s a fascinating story and I’m intrigued. Sadly, Koenig recently announced new episodes will be airing every-other-week so I’m stuck eagerly anticipating new episodes for 14 days. Le sigh. 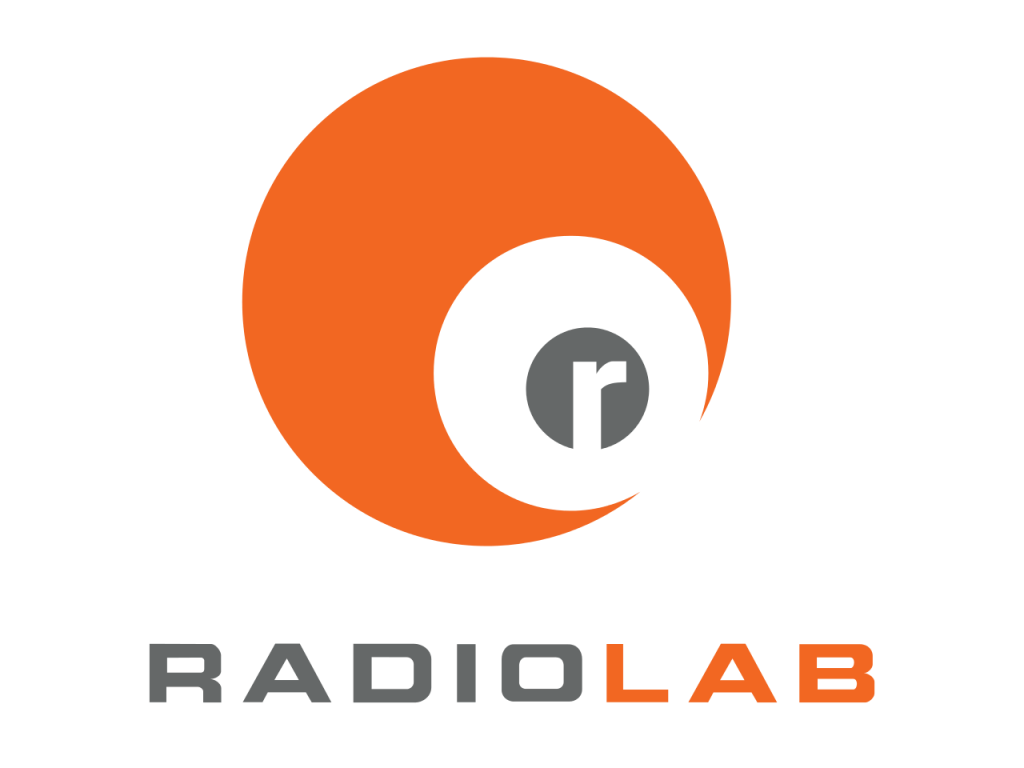 Radiolab touts themselves as a “show about curiosity” and I think it’s an accurate description. It’s not episodic like Serial, so each 45-50 minute episode is one story in its entirety. The topics cover the spectrum but really focus on the realms of science and philosophy.

Case in point: a recent episode focused on addiction in all of its forms. It starts with a reporter who has an alcoholic boyfriend but then spirals into a discussion on whether addiction can be combatted with a drug versus the traditional moral and spiritual therapeutic methods. Again, the hosts don’t give you an answer or a conclusion; rather, they provide a whole bunch of factual and anecdotal information for you to mull it over on your own. And quite honestly, I’m still pondering some of my favorite episodes! 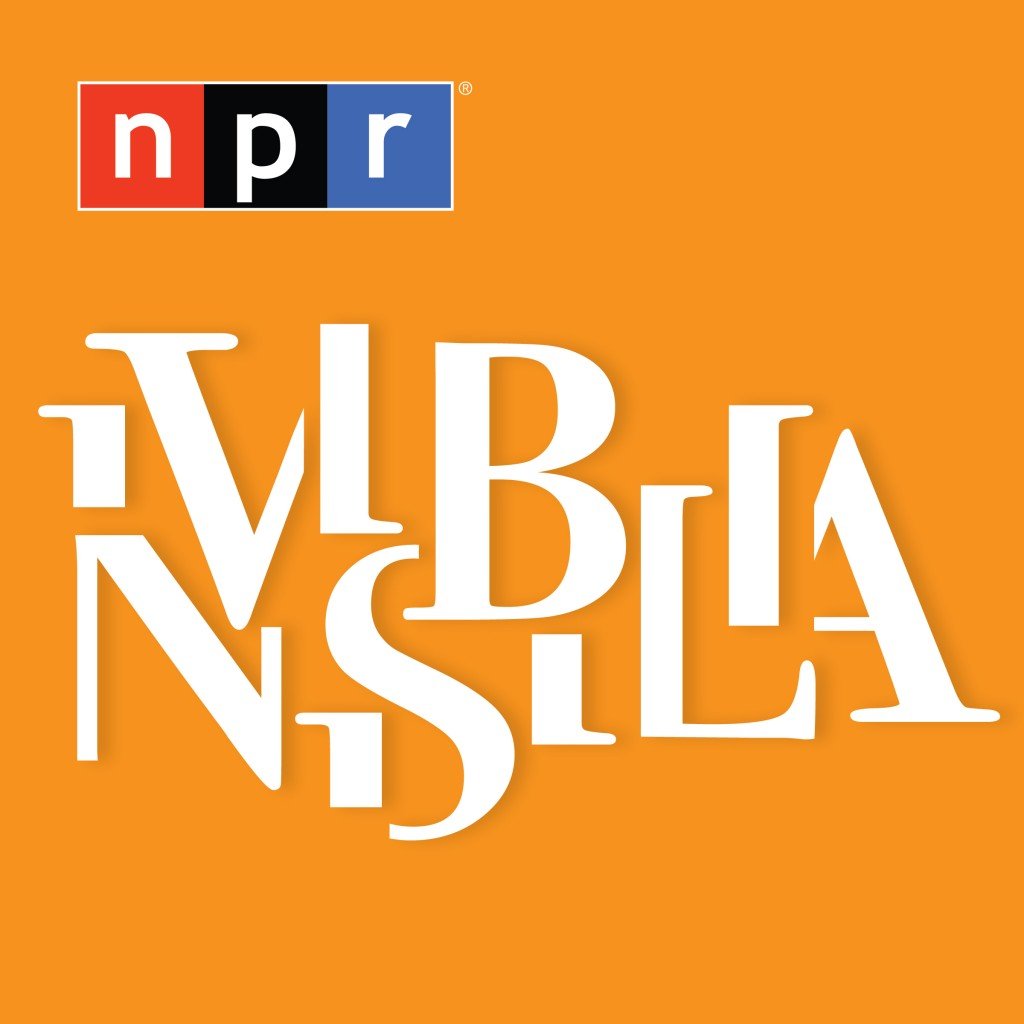 My best friend recommended Invisibilia when I bemoaned the lack of fresh podcasts in my lineup. I only began listening to it last week, but I’m already intrigued.

I did a three-hour run this past Monday and one of the episodes I listed to was called Fearless. In it, the hosts explore what would happen if we could eliminate fear from humanity. Would you rather be fearless or fearful? They even introduced a woman who has a rare disease called Urbach-Wiethe disease. Known as SM, this woman literally is unable to feel fear which is why she is anonymous to everyone other than the scientists researching her condition. Without an ability to feel fear in traumatic situations to trigger the appropriate survival reactions, she could end up in a lot of trouble. Apparently there are only 400 people in the world with this condition, so it was beyond fascination to listen to. 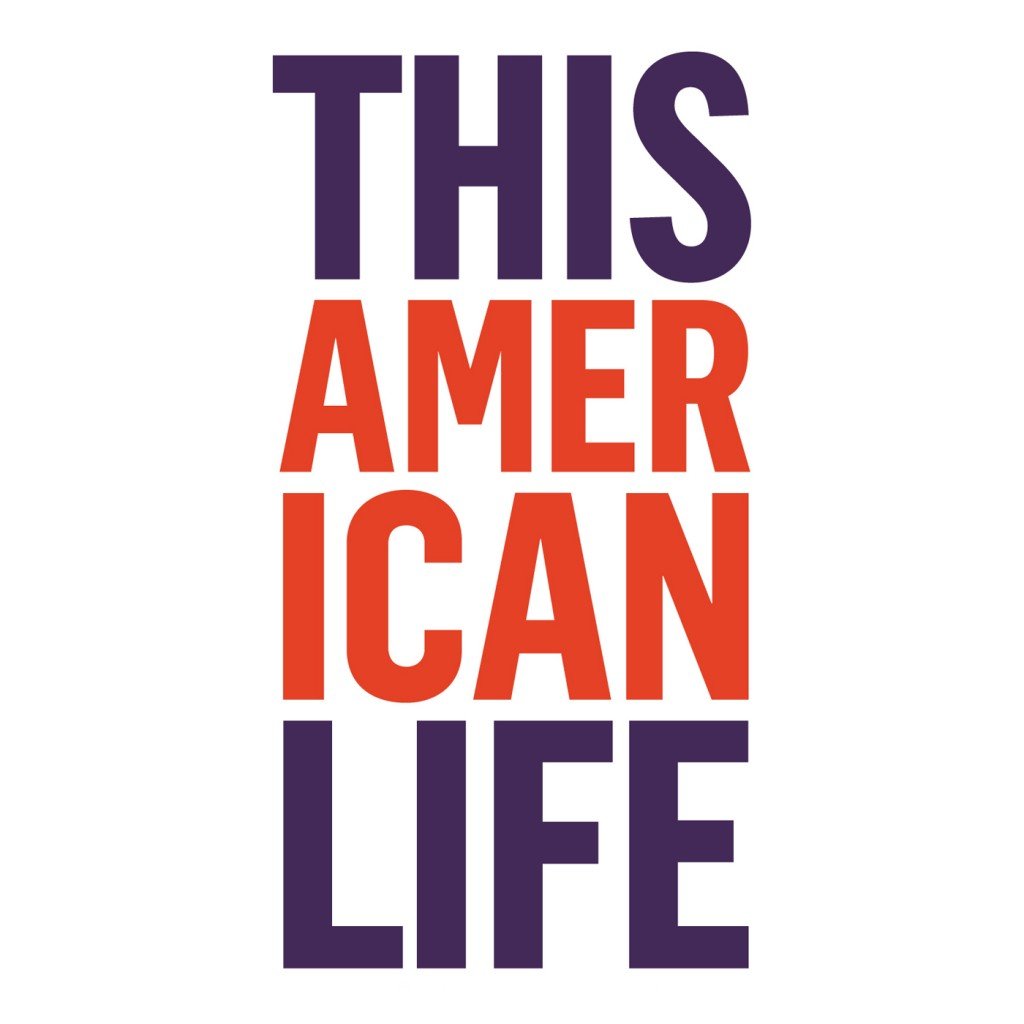 It’s an NPR classic but I love This American Life! Each week’s hour-long show has a theme, and within that them there will be a pertinent stories or “acts.” Other than that, topics seem to be free range– but always interesting.

The most memorable episode for me was a two-parter from February, 2013. It was about Harper High, a school in Chicago that has experienced an absurd amount of gun violence. A few of the NPR reporters spent five months at Harper, learning about the culture and atmosphere: How can so much violence exist in one school? How do students navigate a world of football and prom combined with funerals and blood? It was hard to listen to at times, but it’s also an in-your-face acknowledgement of the world we live in.

Of course, not all of the episodes are so serious, but they are equally researched and memorable. It’s definitely worth a look. 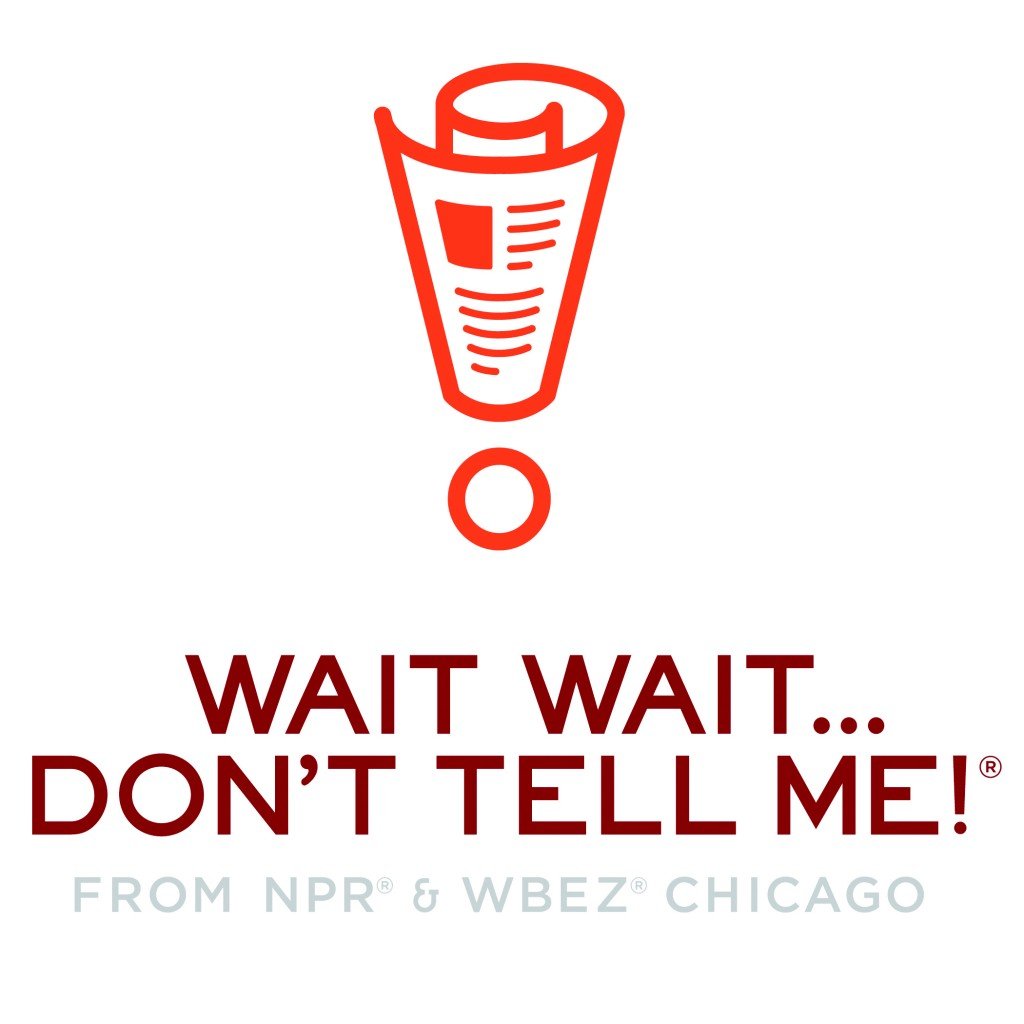 Wait….is another NPR podcast but this one is likely the most lighthearted of this group; it’s a game show!

Each week, a panel of three comedians, journalists or actors come on the show to be interviewed about various topics. They’ll also participate in some type of game based on that week’s news. If they win the game, an at-home listener gets the famous voice of Carl Kasell on their voicemail.

It sounds silly and a bit tongue ‘n cheek, but it’s really entertaining. The regulars are witty and intelligent which makes for some good humor. Depending on the “famous” guests, I’ve found myself literally laughing out loud while trotting down a trail! 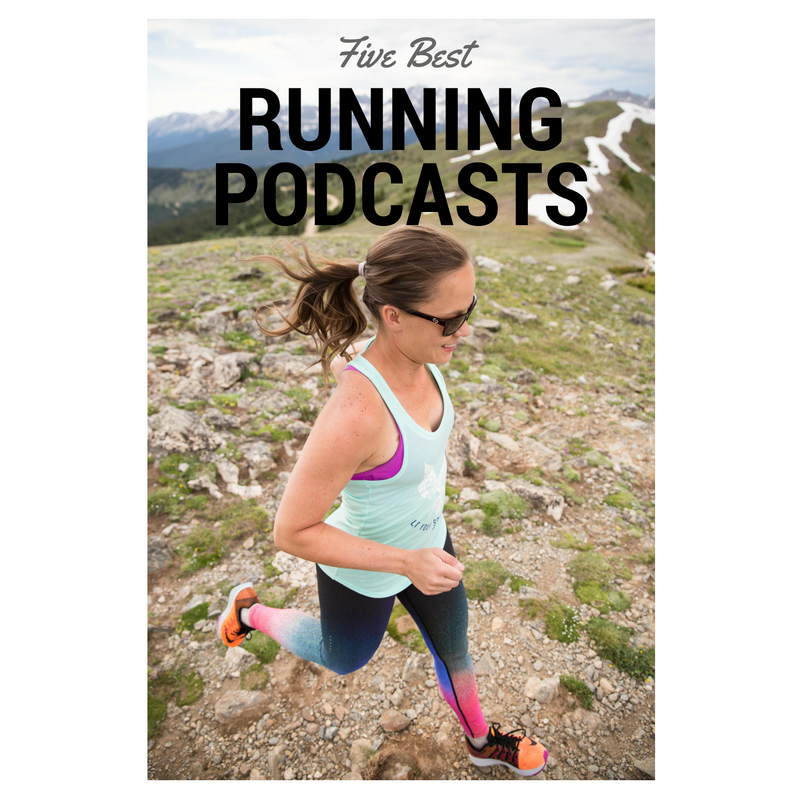