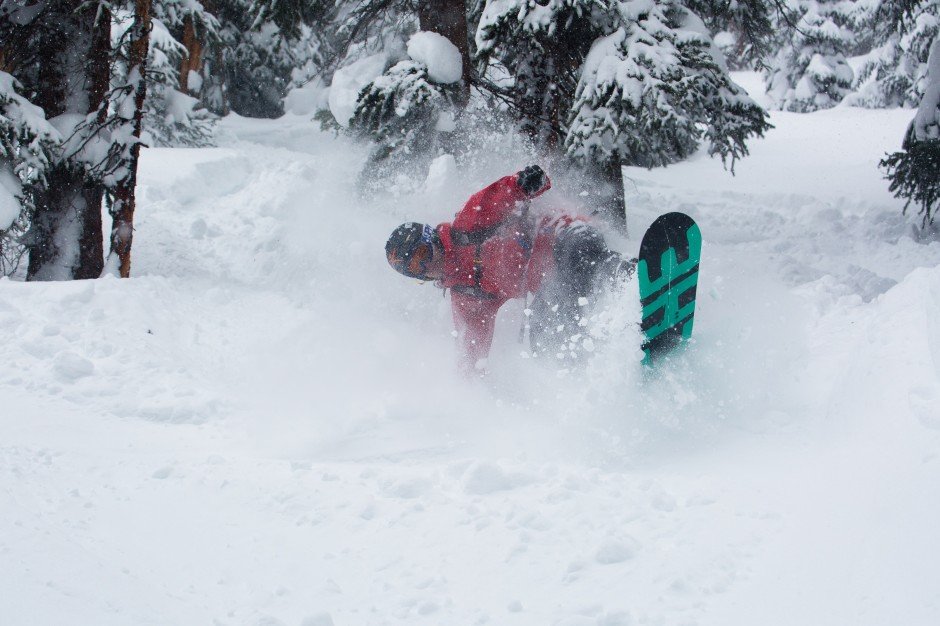 I’ve done a few of these in the past, and I kinda like them! The Currently posts are a great way to brain dump a lot of random thoughts into a semi-coherent post, you know?

I’m apologizing…..to you guys! As plenty of you noticed, I was dealing with some technical issues on my site last night. If you subscribe via email {or really, if you subscribe anywhere!}, you likely saw an absurd amount of posts coming from my site, all identical in appearance an touting my presence on BlogLovin. I finally decided to “claim” my site on BlogLovin and contrary to their promises, it was NOT as easy as I hoped!

First of all, my site was listed no less than four times so we had to do some consolidation. Secondly, it refused to claim my blog and I couldn’t get it to work! I enlisted Heidi’s help and she tried it multiple times, which led to dozens of posts that flooded your inbox. I received a half dozen emails, all asking if I had been hacked or if this was standard when email subscribing to my site. No, it’s definitely not! We have things sorted now and my blog is finally claimed {yay!}, so that should be the end of that. 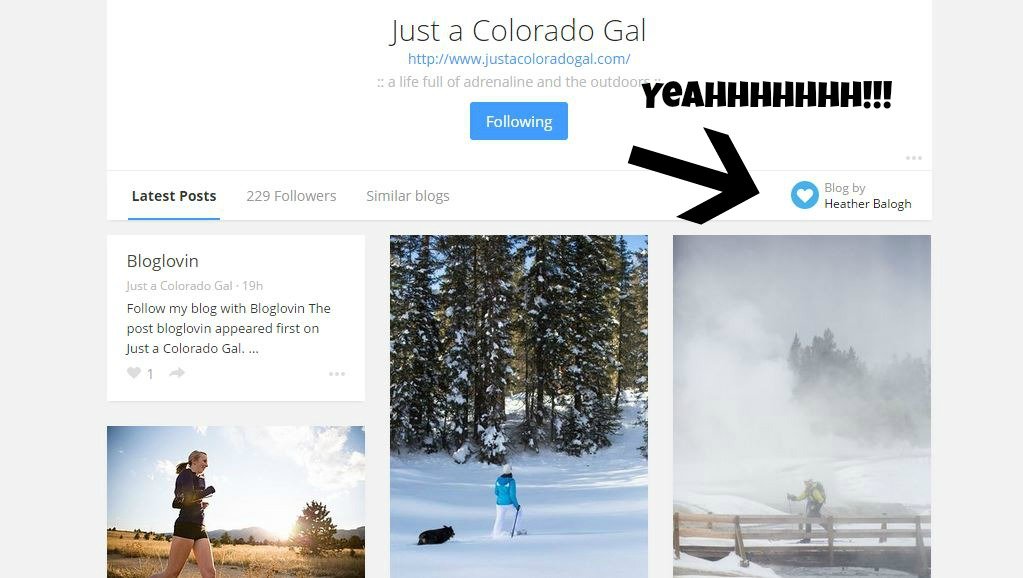 But, of course, if you DO want to subscribe to my site via BlogLovin, it’s all set up now!

I’m Writing….I continue to pick up bits of writing here and there and it constantly reminds me of why I followed that career path during my undergrad years. I’m never giving up my family’s landscaping business but I’m really enjoying all the writing on the side. At the moment, our business is closed for the season {until March} so I have the time and energy to write more than I do during the rest of the year. Per usual, I’ll be heading to Outdoor Retailer {OR Show} in January to cover snowshoes/traction for Backpacker magazine, and I’m looking forward to catching up with all of my industry friends. I skipped the summer show in August so I miss their faces! 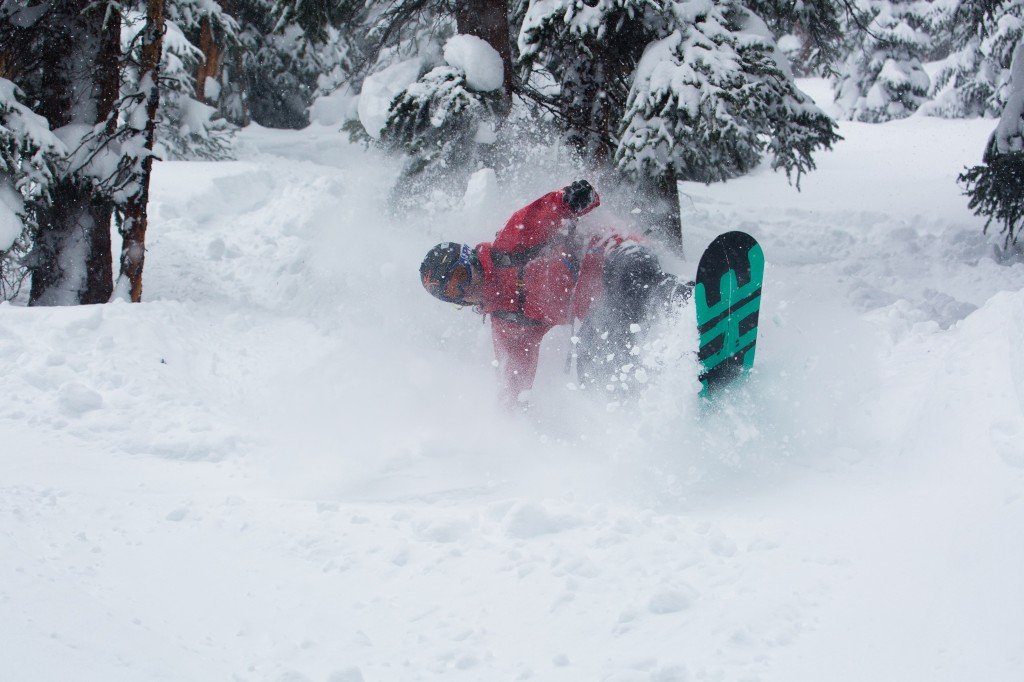 If you’re interested, my latest for Liftopia just went live yesterday: 7 Tips To Avoid Ski Crowds During the Holiday Season. I realize that most people hit the slopes during holiday break because they have the time, but that also means the resorts are packed! I’ve got some tips that can help you fight the mob.

I’m Exhausted…. Man, this 50k stuff means business! People that do this while working are my heroes because I just want to sleeeeeeeeeeeeeeeep!

Truthfully, my training has been all over the place! Since I’m not really following the standard “run all the time” methodology, I don’t have much of a basis of comparison, but I began semi-stressing this week because I haven’t had a long run since my 15 miler a few weeks back. I had one on the schedule last week but life got in the way and it turned into a whopping three miles! Instead, I’ve had a lot of double workouts that are leaving me WORKED! 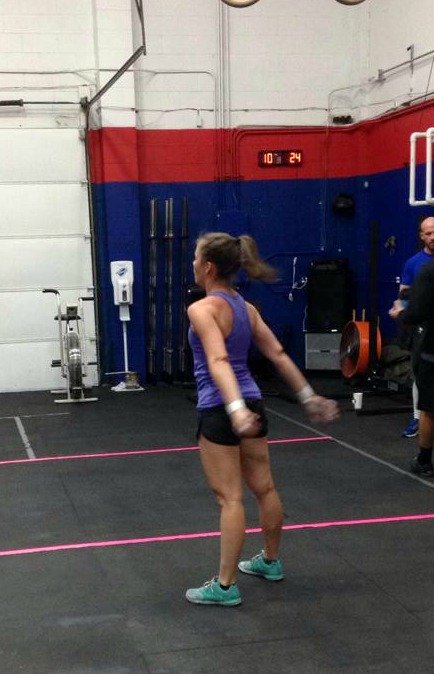 In world of hurt on air squat #237. You can catch a glimpse of my hanging-lights-on-the-house whopper of a bruise on the back of my upper right thigh. It’s beastly!

Fortunately, I’ve been able to see our CrossFit schedule each week so I can cherry-pick the workouts. In short, I’ve been eyeballing the three longest, endurance-based WODs and attending those days. Then, I try to get a 5-6 miler in afterwards for a 1-2 punch that leaves me exhausted and sore for days. This week has been particularly tough in that department! Monday was a WOD called “Barbara” which is 5 rounds of: 20 pull-ups, 30 push-ups, 40 sit-ups, and 50 air squats. For you mathematicians out there, that’s like 700 movements…yowza. It took me just over 33 minutes, and then I followed it up with 4 miles. Today’s workout was another 18-minuter that involved 200 meter sprints, and although I was still incredibly sore from Monday, I managed to get 5 more miles in with Marilyn afterwards. I’m hoping to get 12-13 miles in tomorrow before Friday’s ski day, so fingers crossed. I could use it for my mental sanity!

I’m Thinking About Planning a Wedding… Haha, oh yeah, that wedding thing?! Fortunately, Will and I had decided on some basic details–location, date– awhile ago, so we’ve been sitting on a false sense of confidence in our planning skills {More details will come later!} However, it’s almost 2015 and just having a date nailed down doesn’t a wedding make!

At this point, we’re both thinking we’ll just survive the holidays before throwing ourselves into the proverbial pool of wedding planning. Save the Dates seem like a good idea, so we should probably handle those soon. And I have a date on the calendar to go wedding dress shopping with my mama and my two best friends, so that is excited! Sadly, there is a lot more mundane planning that needs to start happening….soon! 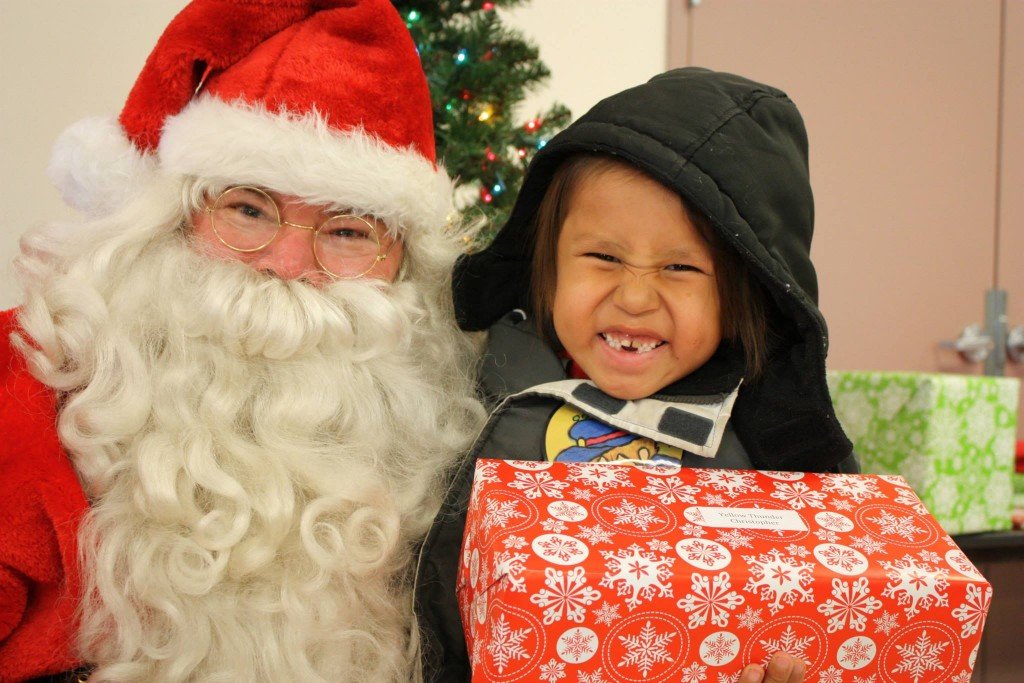 Looking Forward to South Dakota… First off, I’d like to send a HUGE thanks to everyone who donated to the Pine Ridge Toy Drive! We got word that almost 400 kiddos are showing up this Saturday, so every donation and toy made a huge difference! The big event is this Saturday and I’m really looking forward to seeing the smiles on the kids’ faces. Something tells me that the spirit of the season will truly come alive once that happens!

What’s going on in your life lately?